Accessibility links
An Artist Feeds Ants McDonald's. : Wait Wait ... Don't Tell Me! Corpor Esurit, or we all deserve a break today is a new work by Brooklyn artist Elizabeth Demaray. She's feeding ants nothing but McDonald's fare, which is either good news or bad news for the ants.

PETA, We're Going To Need A Ruling On This

PETA, We're Going To Need A Ruling On This 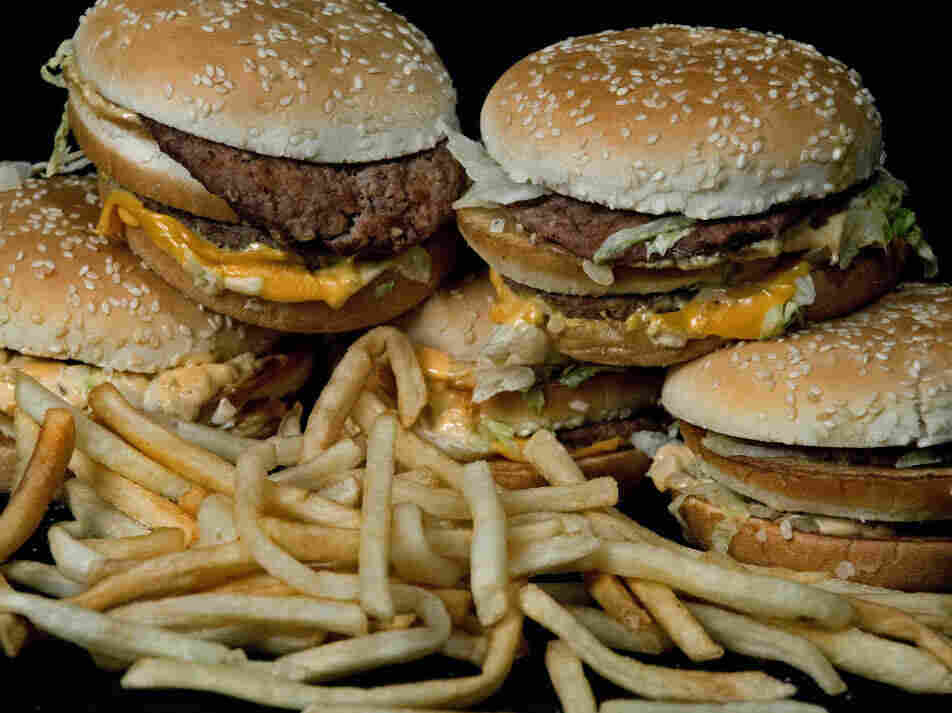 In an unholy mashup of Supersize Me and Them, Brooklyn artist Elizabeth Demaray has built an ant farm where the ants get nothing but McDonald's fare. Cheeseburgers, fries, shakes, apple pies, and McNuggets, which they reportedly just mine the chicken out of, leaving behind a breaded cave. Says Demaray:

I wondered--what sort of an impact is junk food having upon the vermin who must depend upon us for sustenance?

I haven't seen any particularly fat ants walking around, so I'm guessing they're better at moderating than we are. Or maybe it's that Demaray reportedly chose the wrong kind of ant--a herbivorous seed-eater:

“My first response as a scientist would be bafflement as to why Pogonomyrmex was chosen,” Dr. Colin S. Brent, a research entomologist with the federal Department of Agriculture, wrote in an e-mail. “They might enjoy the sesame seeds on the buns, but that would be about it.”

That quote is from The New York Times, which points out another issue with the installation:

At the gallery last week, many of the ants were dead. A few looked disoriented. This exhibit lacks a queen and brood, so the workers are leading a life devoid of its fundamental purpose.

Seems like a problem. But imagine how the entomology world would be rocked if, absent a queen, the ants began to worship an Angus Snack Wrap as their leader.