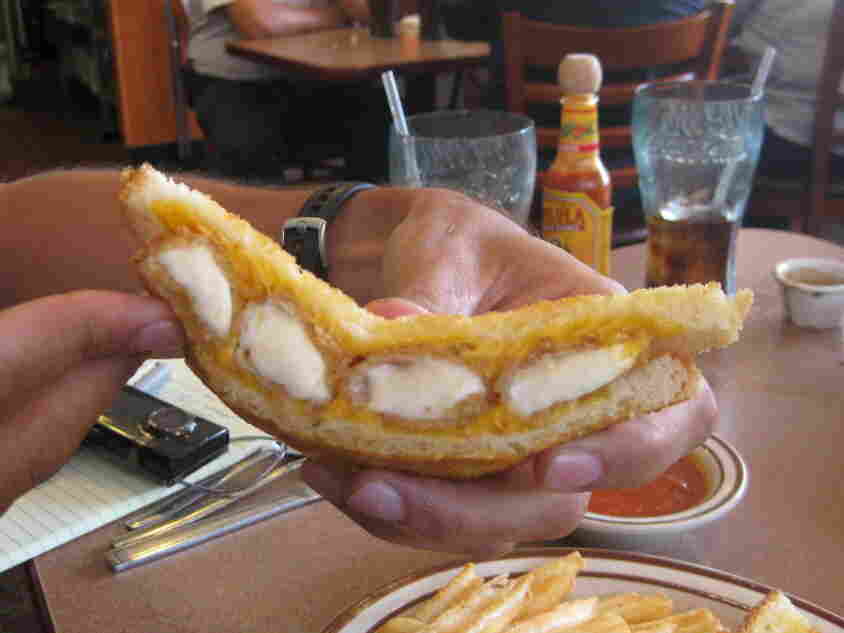 Not content to let other nationwide chains be the only ones to commit murder-by-sandwich, last week Denny's unveiled its Fried Cheese Melt. That's a grilled cheese with four deep-fried mozzarella sticks on it. Peter, Mike and I headed out to Oak Park, Ill., to give it a try.

Mike: This obviates the need for that awkward question, "Have you decided on an appetizer?" 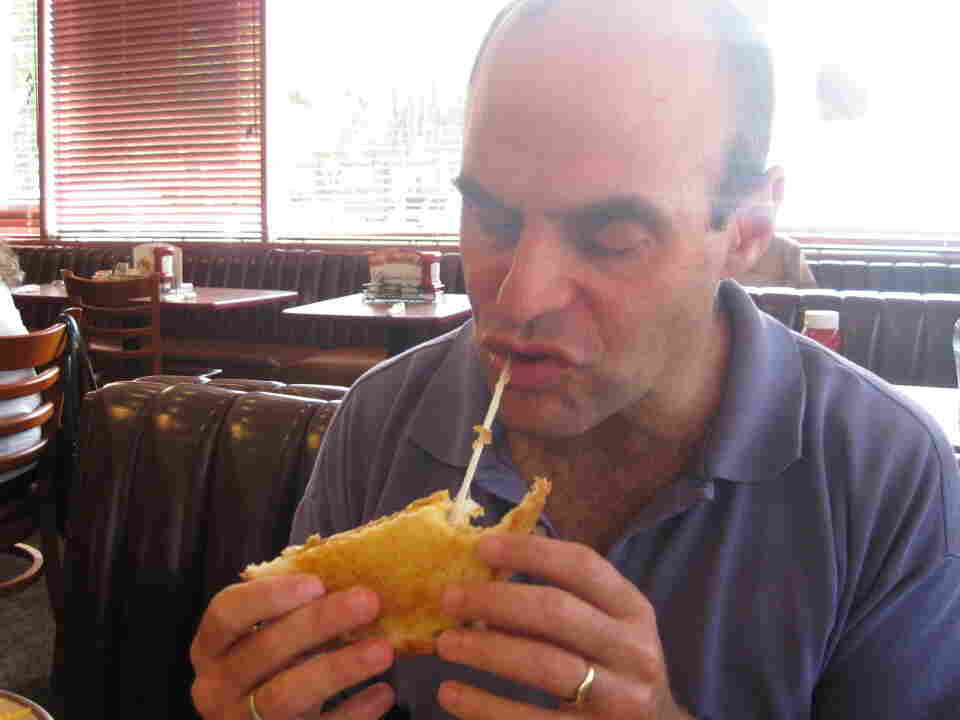 Mike: It's really got nice layers of crunch. There's the crunch of the grilled bread, then the mozzarella sticks.

Ian: Yeah. All the layers, it's Inception in sandwich form. The mozzarella sticks are really just a dream the grilled cheese sandwich is having. It's a good dream. 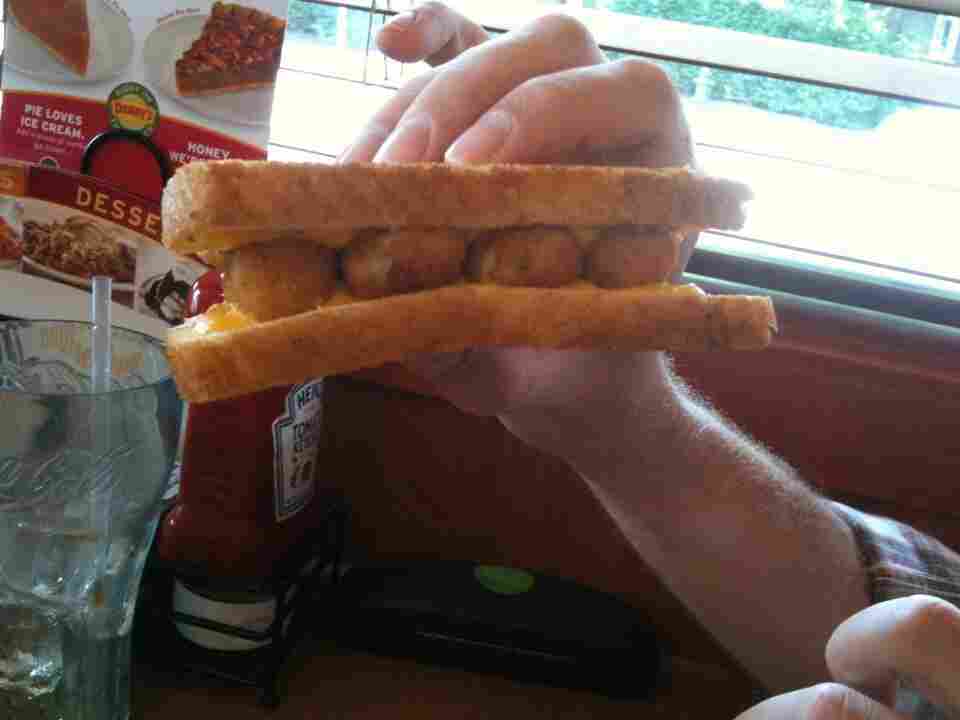 Mike: It looks like it should be wearing pants. NPR hide caption

Peter: It really needs something inside the mozzarella stick. Another layer.

Ian: So what you want is not so much a sandwich, as Cheese Nesting Dolls.

Mike: Maybe like a beef skewer in there? Or pepperoni? That'd be good. 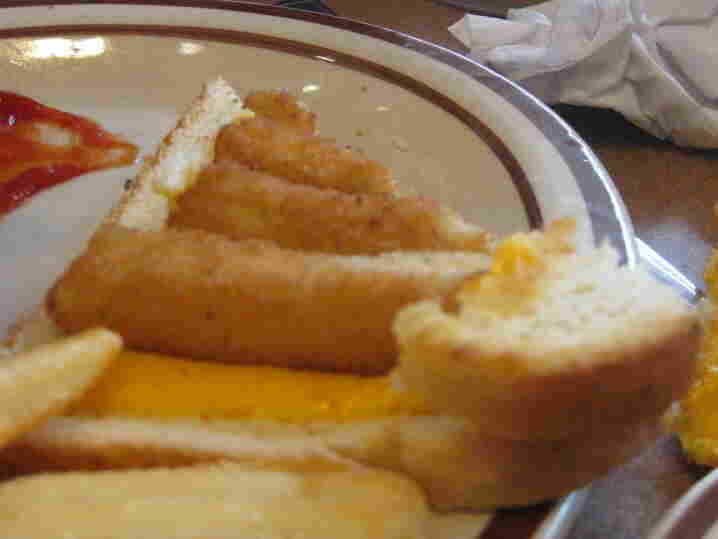 Peter: This is the first significant advance in grilled cheese technology since the sandwich was invented.

Mike: I remember what it was like before, in the olden days.

Ian: Yes, that's the period historians refer to as B.C.: Before Cheese Sticks. 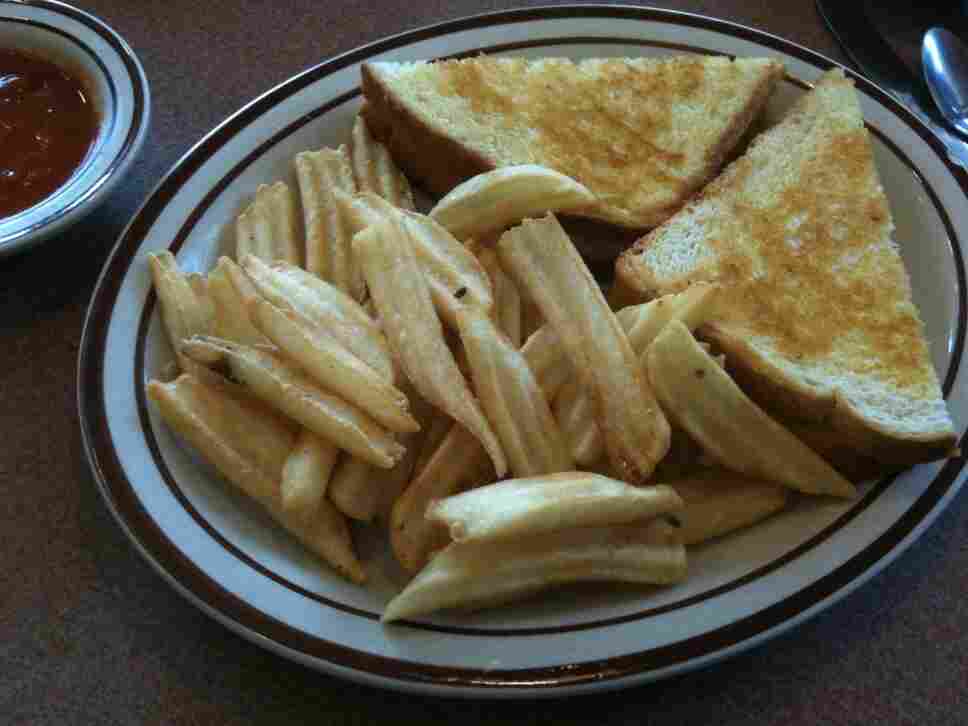 Ian: From above, it looks perfectly normal. It's just like when you look at Earth from space, you see no wars. NPR hide caption

Mike: It's a borderline guilty pleasure. Borderline because I'm not actually feeling any guilt.

Mike: It's really like the grilled cheese sandwich is smuggling the mozzarella sticks into your stomach.