Accessibility links
We Eat The Legendary 10:35 Sandwich From McDonald's. : Wait Wait ... Don't Tell Me! For today's Sandwich Monday, we eat the "Mc10:35," a sandwich only available for about ten minutes each morning at McDonald's. 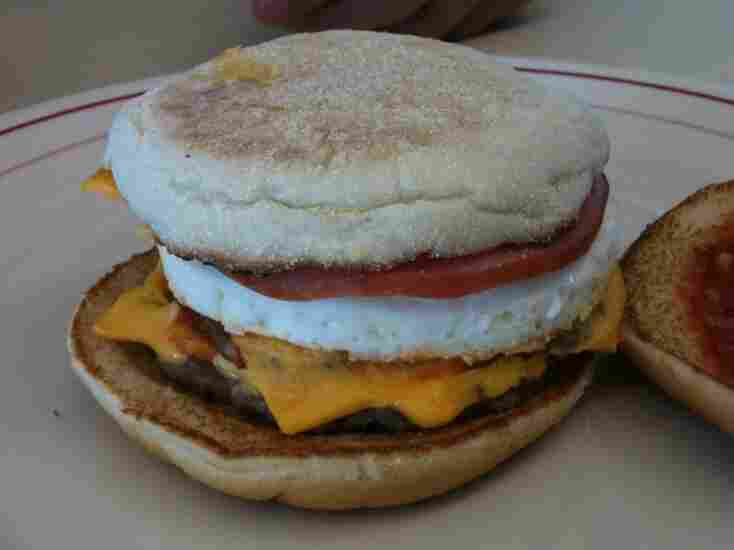 Maybe it's happened to you. You go into a McDonald's around 10:45, order a McGriddle, but they've shut down the Breakfast Food Fabricators and are only operating the Lunch Food Fabricators.

But there is a sweet spot--from 10:25-10:35, give or take--when you can order both. And it's in that sliver of the McDonald's Venn Diagram that the Mc10:35 was born: a McDouble, topped with the egg and Canadian bacon from the Egg McMuffin. We heard about it back when we tried the McRedacted, but only now got the courage to try it.

Peter: It's like a whole day at McDonald's, sped up.

Eva: Yeah, this is like a time lapse sandwich. 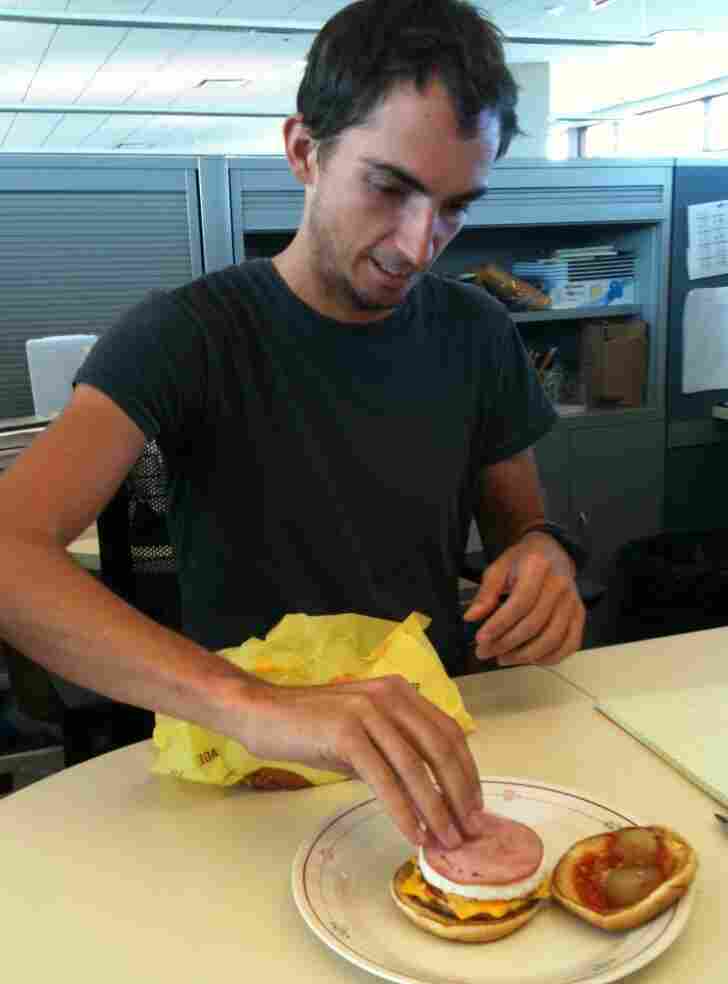 Mike: There's a flavor here, not like burger or egg, but just "McDonald's." I wonder if they just spray it on there.

Ian: You're right. It's weird. That flavor should be comforting but I still don't want it. It's like a hug from a creepy uncle. 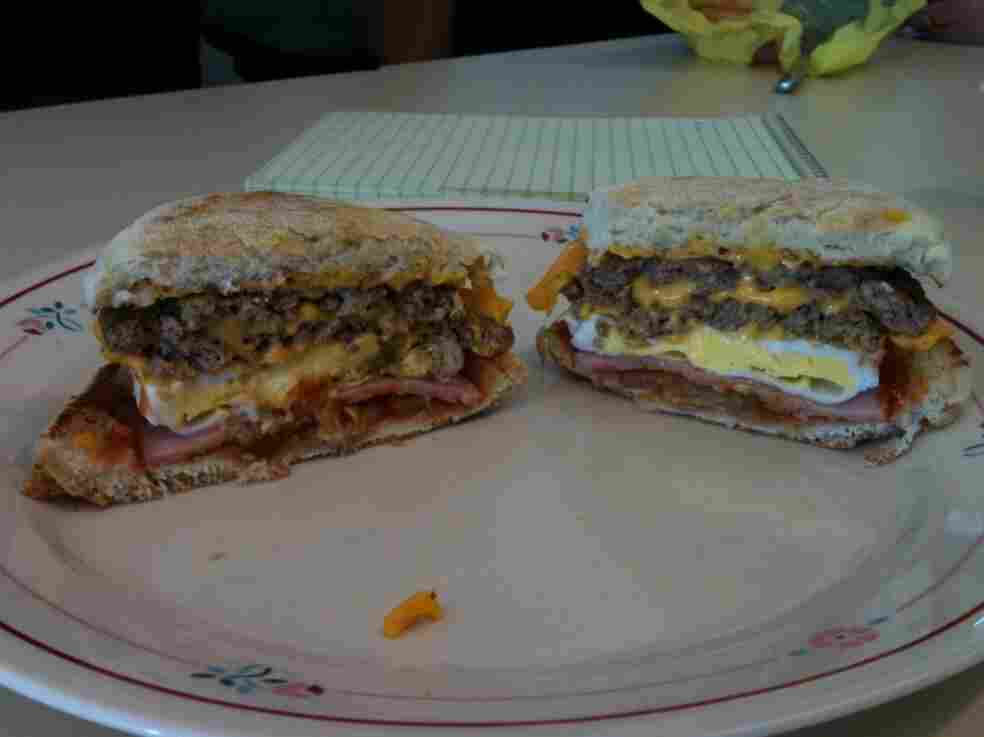 Eva: The ham doesn't add anything really except make it spongy.

Ian: I'd say not really spongy, but bouncy. It's a hampoline!

Peter: I thought it was Canadian Bacon? 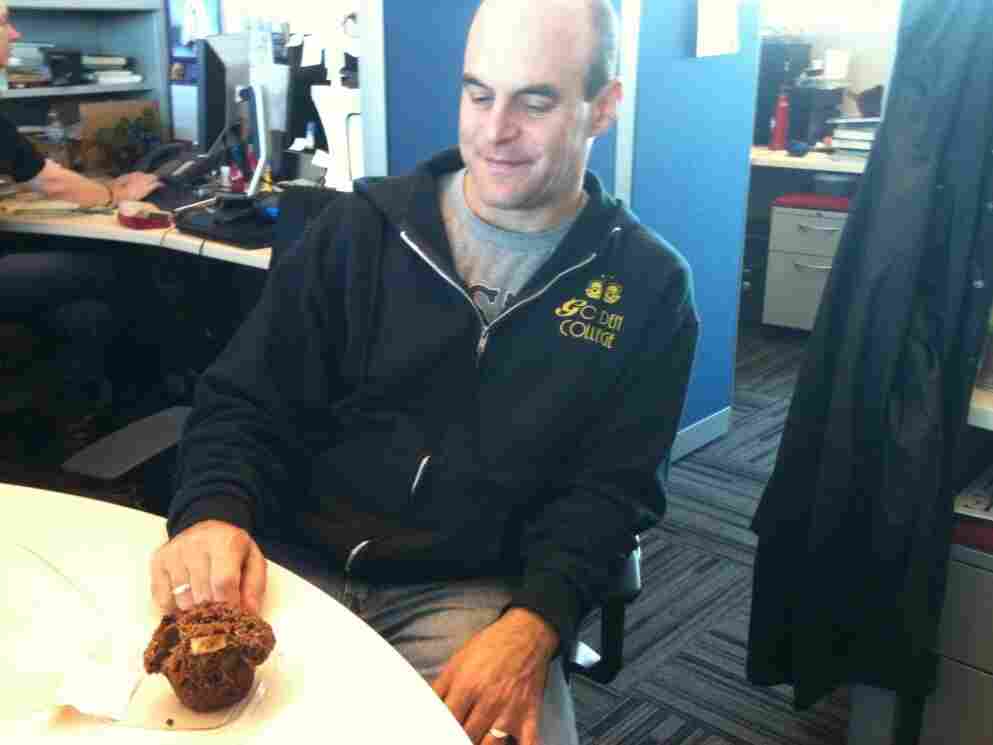 This is the healthy bran muffin Peter was eating when we told him he had to come eat the Mc10:35. NPR hide caption

Eva: The egg and ham make it taller, but not necessarily good.

Ian: That joke needs a link.