Accessibility links
We Eat a Sandwich Classic: The McRib : Wait Wait ... Don't Tell Me! Now that the McRib is temporarily back on the McDonald's menu, a look back at our taste test.

From The Sandwich Monday Archives: The McRib Is Back

From The Sandwich Monday Archives: The McRib Is Back

[Ed. note: The McRib is temporarily on McDonald's menus, and while we could have safely eaten the leftovers from the one we had a year ago, we decided to just repost this to help those of you deciding whether or not to have one. This is back before we put a "verdict" on every sandwich, so I'll just say this: the McRib is just something you have to do, whether you like it or not. Like puberty. The McRib is like puberty.] 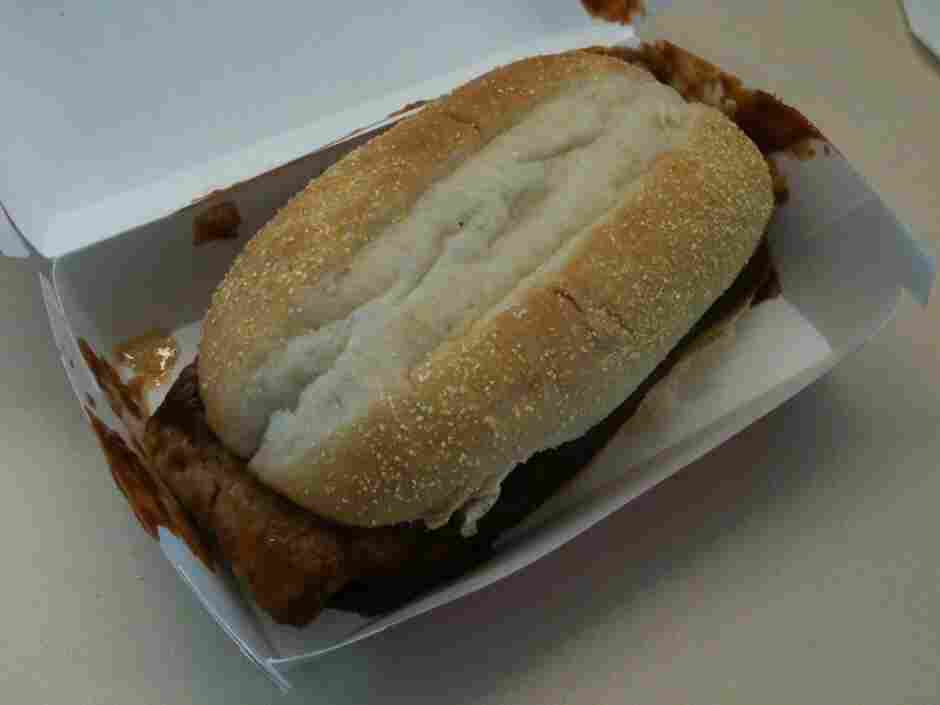 Like a shooting star, the McRib appears bright and shining, but only for an instant, and if you blink, you miss it. The seasonal sandwich just showed up on our McDonald's menu--and will be at every McDonald's nationwide next month. We just went to get some, a move which seemed to shock the people behind the counter.

Mike: So, the McRib is seasonal. The Shamrock Shake goes with St.Patrick's Day--why is the McRib out now?

Eva: Or because it's the living dead. 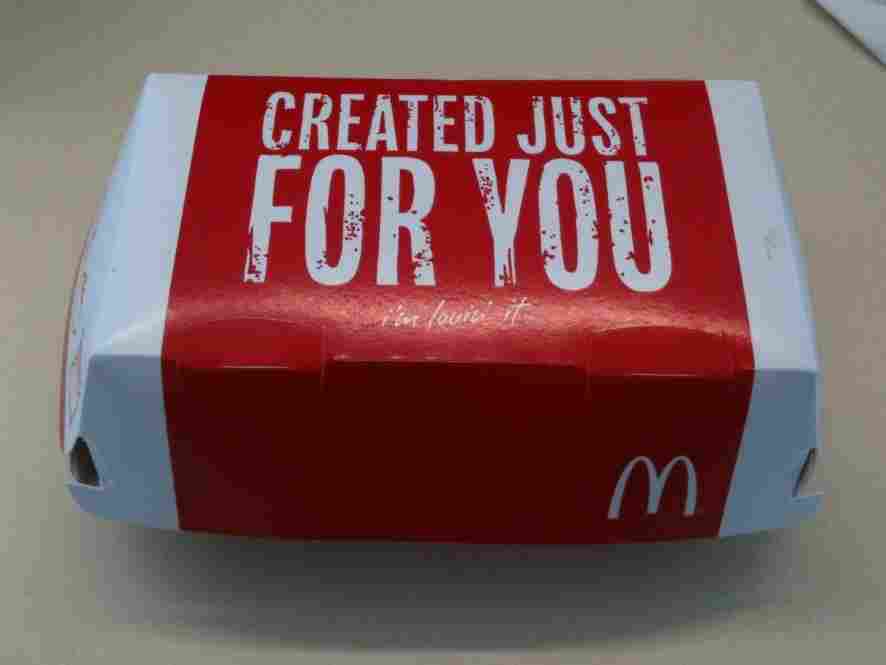 In this case, "Created Just For You" sounds like a threat. NPR hide caption

Peter: I think it only comes out once a year because you need that long to forget it. Like childbirth.

Mike: Or it's that the gestation period of whatever freakish animal this comes from is 12 months long. 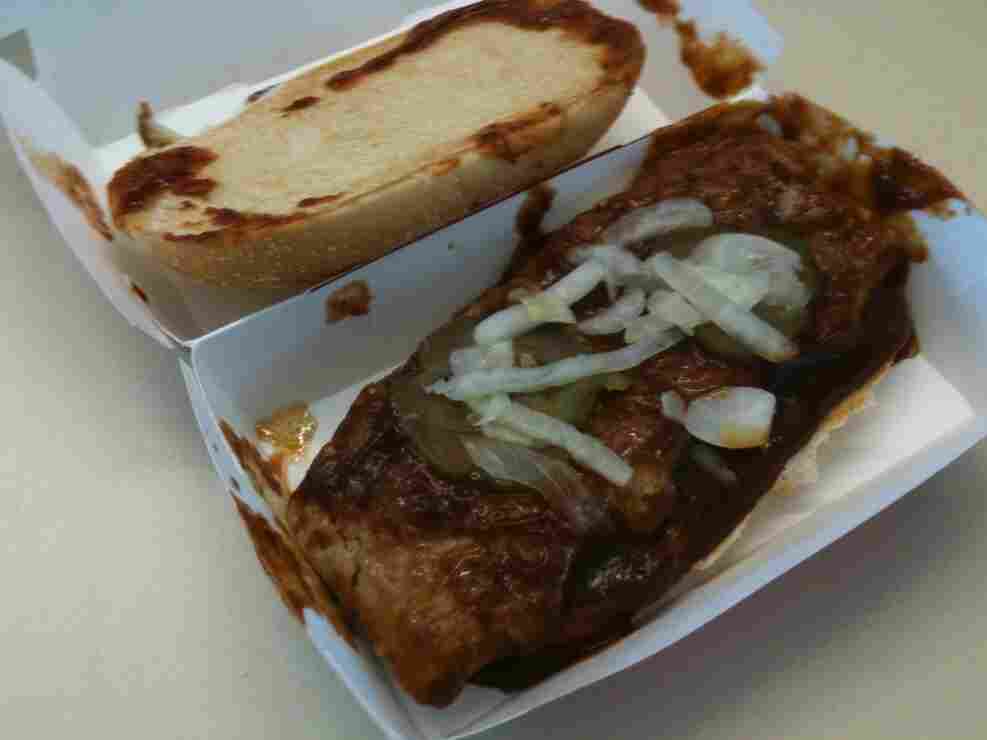 Eva: This reminds me of particleboard, but with meat.

Mike: In the Garden of Eden, God made Eve out of Adam's rib. Then he made Grimace out of a McRib. 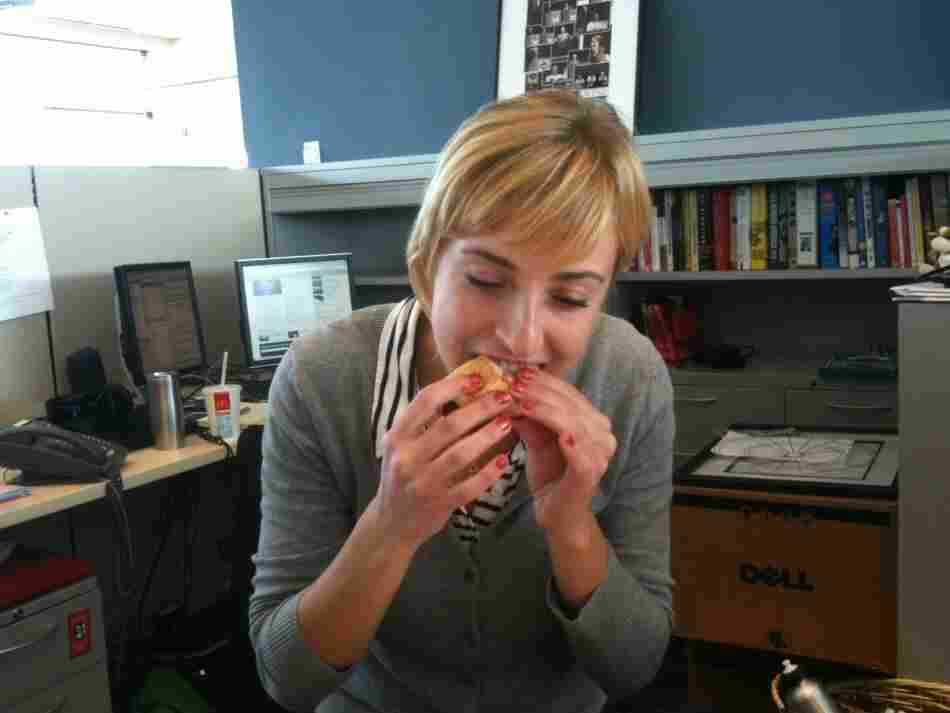 Mike: What is this? On the box, it should say "No Animals Were Harmed In The Making of this Sandwich."

Peter: Now that I've had a bite, I'd like to go eat my actual lunch, but I'm afraid to eat.

Ian: Your stomach no longer trusts your hands and mouth.