Accessibility links
We Eat A Cheesesteak Wrapped In A Slice Of Pizza. : Wait Wait ... Don't Tell Me! For today's Sandwich Monday, we eat a Philly Taco: it's just like a regular taco, except instead of the normal fillings, it's a cheesesteak, and instead of the shell, it's a slice of pizza. 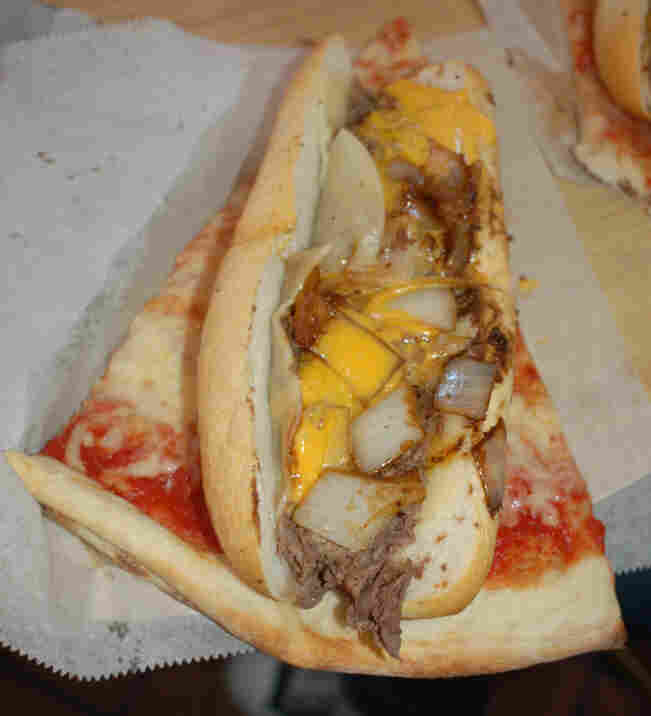 Like the Devil, today's sandwich goes by many names: the Philly Taco, South Street Sushi, the Lorenzo's-Jim's Challenge. Whatever you call it, you have to agree it's a great idea. A Philly Taco just like a regular taco, except instead of the usual fillings, there's a cheesesteak, and instead of a shell, you use a giant slice of pizza. After our show in Philadelphia, I was joined by some friends to take it on.

Lorenzo's and Jim's: two great tastes that taste great and cause you great abdominal distress together. NPR hide caption

First, you go to Lorenzo's Pizza, and buy a slice of pizza. Then, you rush to Jim's Steaks, a block away. It's important to be fast, so the pizza is still hot when you add the cheesesteak. Also, the exercise of a brisk one-block walk helps work off 1/28th the calories of the first bite you take. 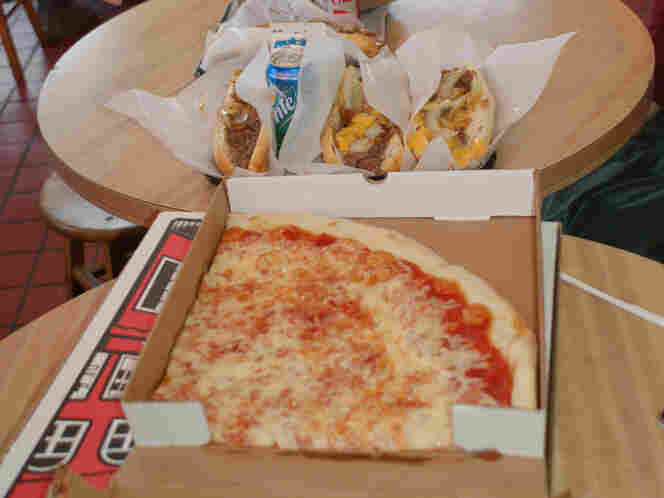 Once you have the raw ingredients, there are two schools of thought on how best to execute this terrible idea. I assembled mine so that the cheesesteak was perpendicular to the crust of the pizza, like a taco. Lily did hers sushi-style, with the pizza wrapped around the steak like a pig-in-a-blanket. 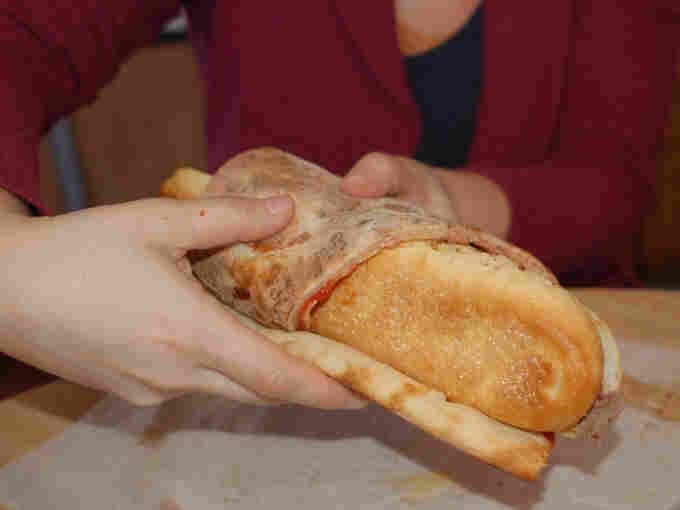 Lily: This is Halloween-appropriate: the cheesesteak is wearing a slice-of-pizza costume. 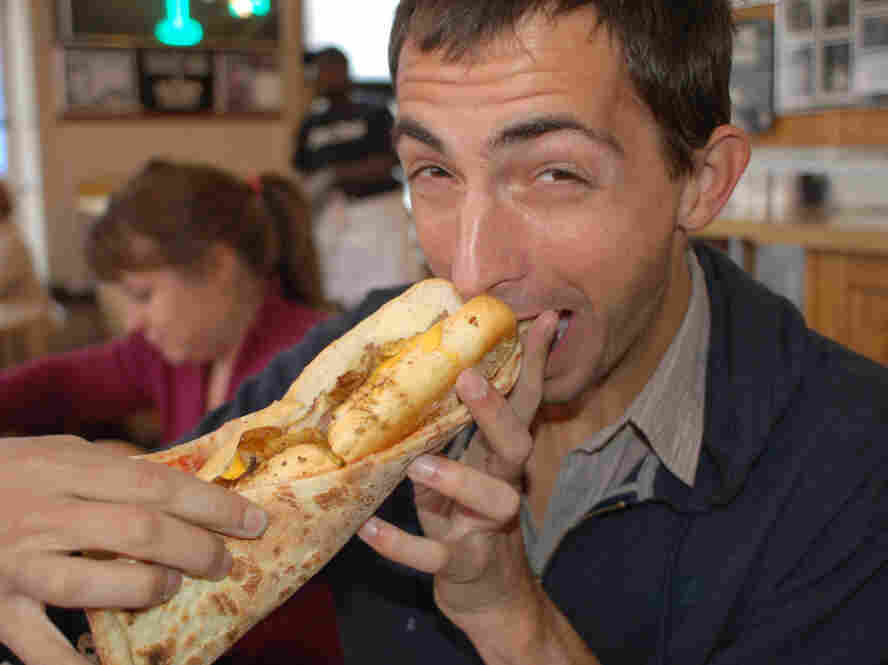 Ian: I feel like I'm doing that thing where you're reading a comic book but you cover it in the jacket of your math book. 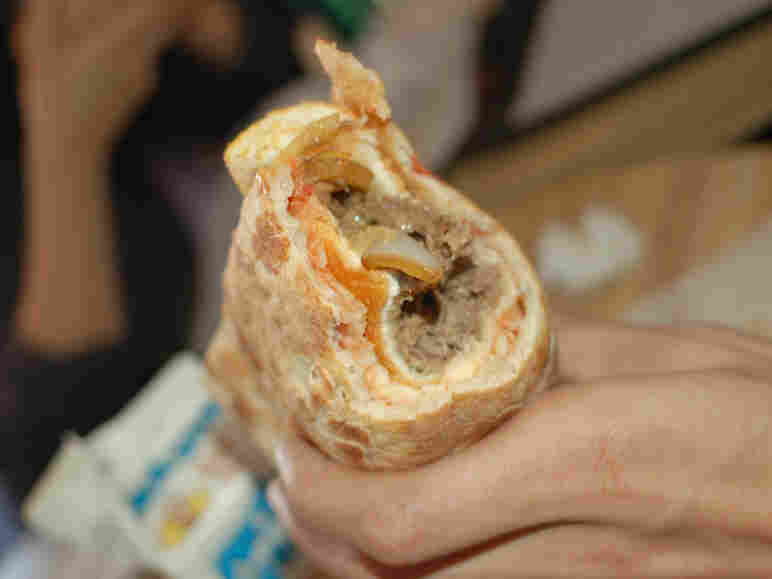 Ian: Healthwise, can I expect the pizza to protect my stomach from the cheesesteak?

Lily: That would be true if you swallowed it whole, like a snake.

Ian: I don't think a snake would eat something this gross. They're cool with live rats though. 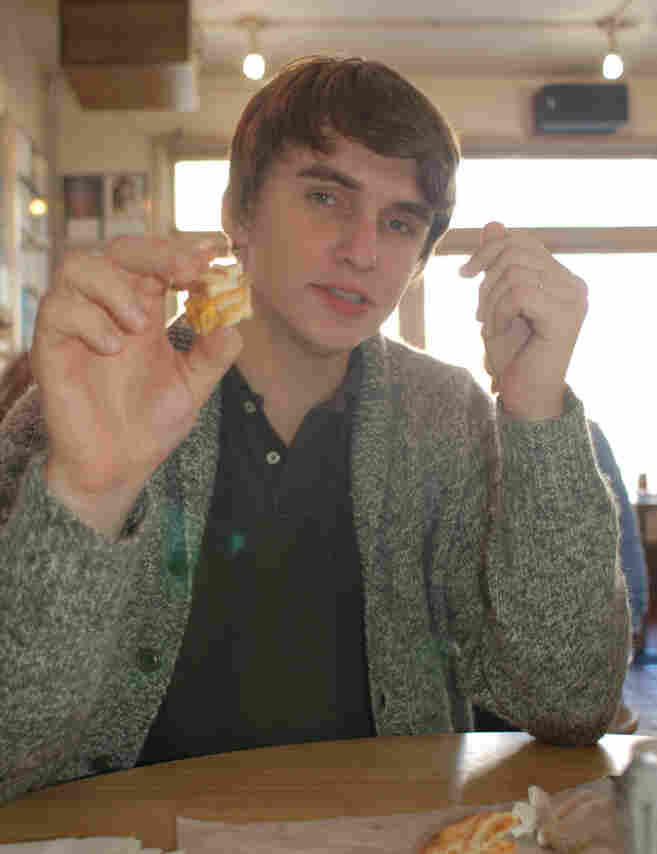 Leo: Cheesesteak plus pizza would be a great option if this were my last meal, so I wouldn't have to decide. 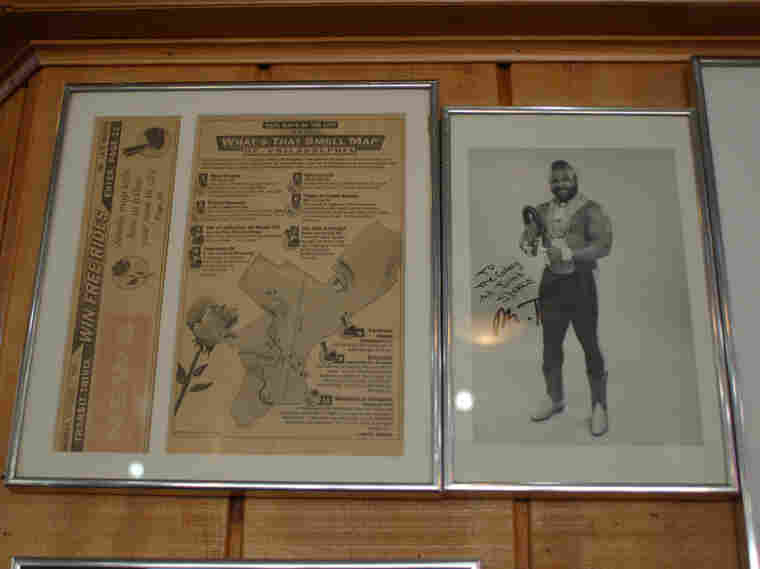 Ann Marie [after finishing the challenge]: This is great! I'm not hurting.

Ian: You need to take that statement and wrap a slice of "yet" around it.