Accessibility links
We Eat The Mexican Whopper, Available At Dutch Burger Kings : Wait Wait ... Don't Tell Me! For this week's Sandwich Monday, we try a sandwich only available at Burger Kings in the Netherlands.

We were craving some international flavor this Sandwich Monday, and what could be more international than an American Sandwich, modified via Mexico, and sold in the Netherlands? At least three nations are to thank for the "Buenos Nachos" burger: that's a Burger King Whopper, topped with tortilla chips and the creepily named "Mexican Sauce."

As NPR rejected our request that we all be flown to Amsterdam to sample the burger, we made do with a homemade version. 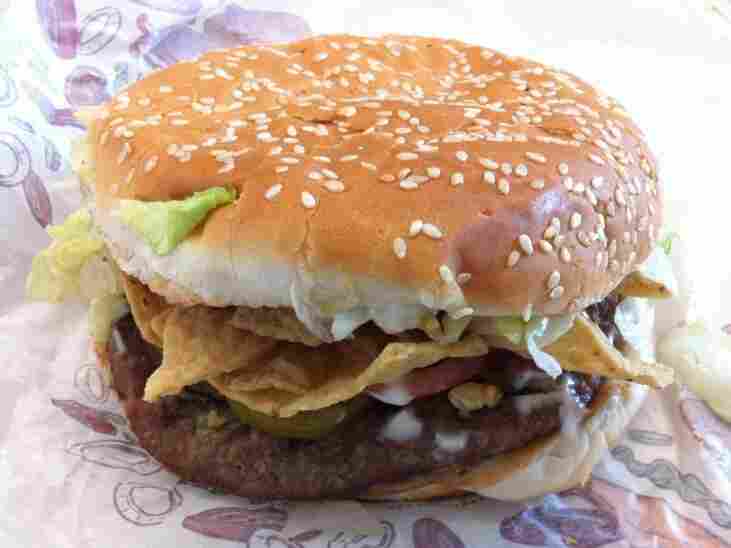 Ian: This is a sandwich that could only be conceived in a country with legal marijuana.

Lorna: I think the Whopper got stoned and ate a bunch of nachos. 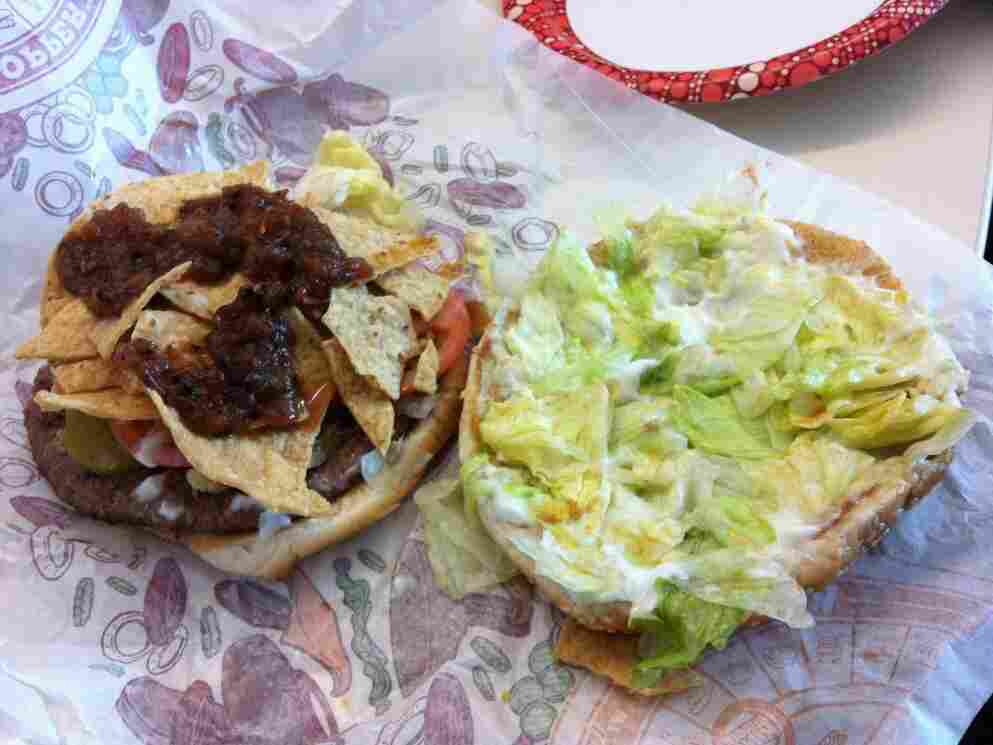 Robert: There's a good hierarchy of ingredients, with all the layers.

Eva: Yeah, it's like eating a geology lesson. It's really good.

Ian: I dunno. I've had it with these Mexican ingredients thinking they can come into our sandwiches and take jobs from hardworking American condiments. 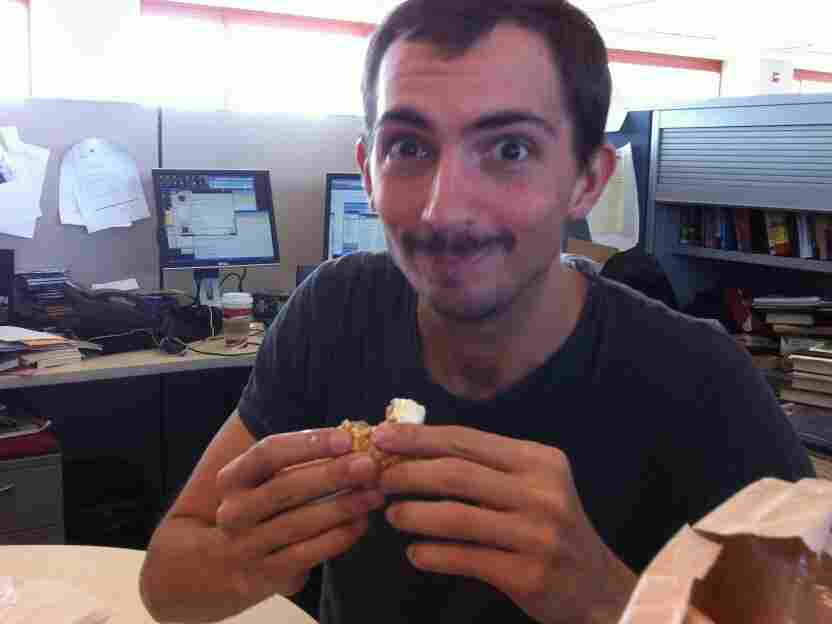 This seems like a good time to mention that all the men of "Wait, Wait" are growing mustaches this month, and will be shaving them promptly on December 1st. NPR hide caption

Ian: Do you think in Mexico, they have a Dutch Whopper?

Mike: There is such a thing as a Dutch Whopper. It's a hamburger with a prostitute on it. 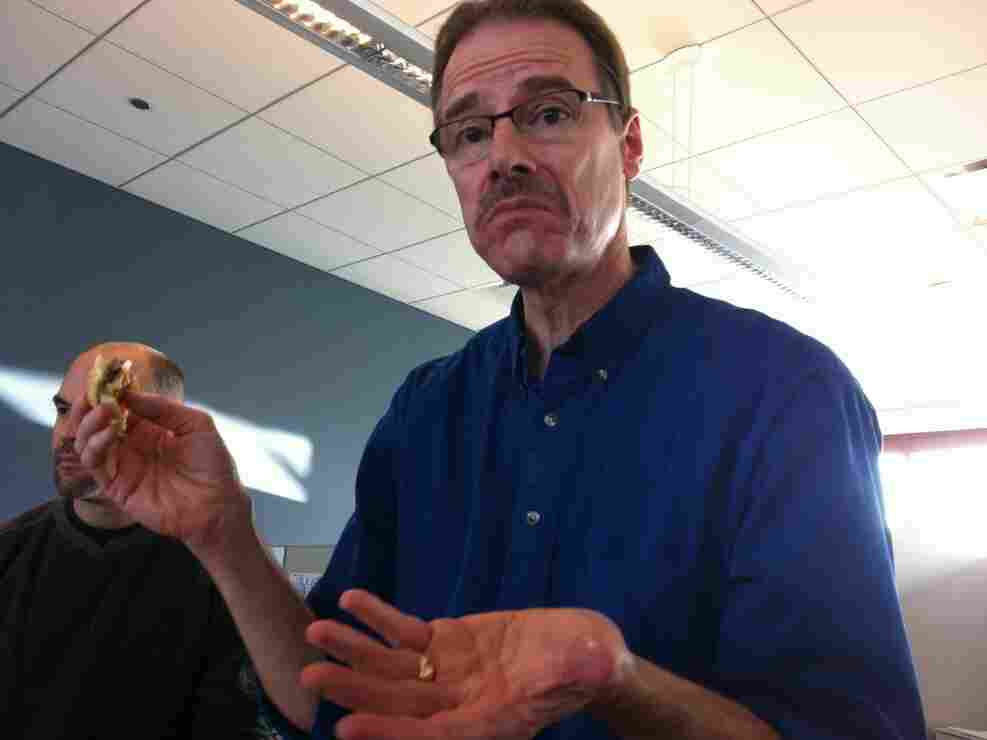 Robert and Peter give this sandwich 2 Mustaches Up. NPR hide caption

Ian: Using babelfish, I just took the phrase "a Whopper topped with mexican sauce," translated it into Dutch and then back to English, and it became "a falsehood which becomes with Mexican sauce covert." I think that pretty much sums it up.

[The verdict: Recommended. We all agree this is an improvement over the Unnachoed Whopper, and may be putting chips on our burgers in the future. Also, this has inspired a sandwich we'd like to try: the United Nations Security Council Burger. It'll have cuisine from every nation in the UNSC, all at once. Look for it on a future Sandwich Monday.]