Accessibility links
We Eat The Original Sandwich. : Wait Wait ... Don't Tell Me! For this week's Sandwich Monday, we eat the original sandwich, just as the Earl of Sandwich would have had his.

Sandwich Monday: The Sandwich That May Or May Not Have Started It All

Sandwich Monday: The Sandwich That May Or May Not Have Started It All 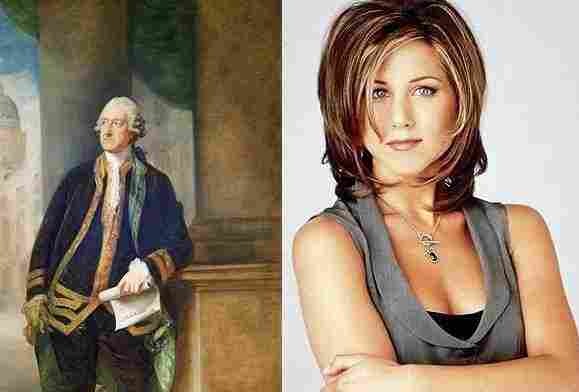 There's some debate over the origins of the modern sandwich, but the best known story is this: in the 1760's, John Montagu, the Earl of Sandwich, didn't want to leave the poker table, so he had somebody bring him some meat between two slices of toast. It caught on, and everybody called it "The Sandwich" after the guy who came up with it. We recreated the original sandwich the way Montagu would have had his: salt beef* on toast, nothing else.

Mike: Before the sandwich was invented, how did people eat peanut butter and jelly?

Ian: Oh man. Back then, grilled cheese resulted in a lot of serious burns. 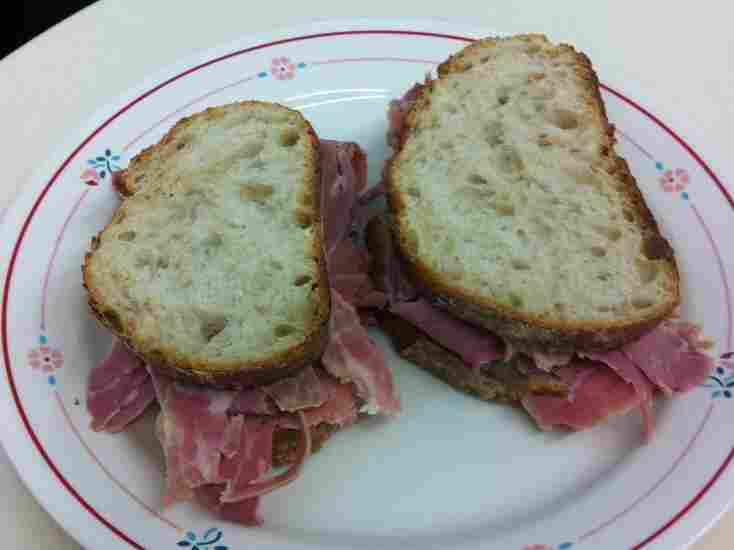 Mike: What game did they play that he couldn't get up from? It wouldn't have been Texas Hold 'em.

Ian: No, at that time it was Mexico Hold 'em. 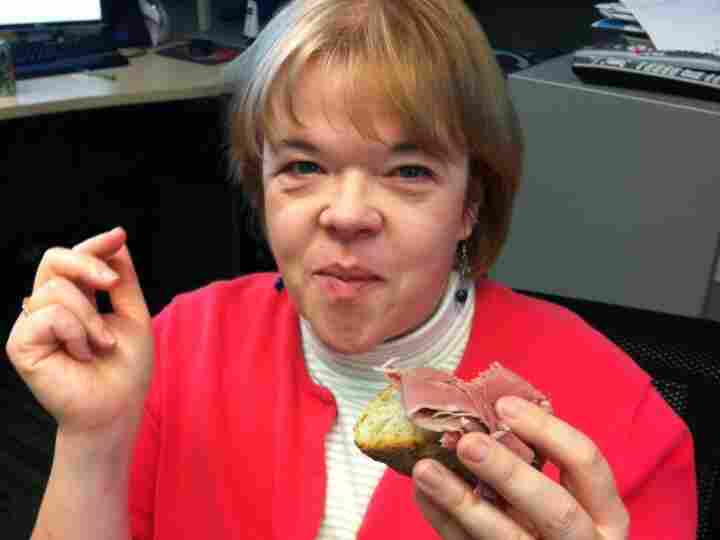 Lorna takes a bite out of history. NPR hide caption

Lorna: The Earl of Sandwich was the guy who sent Captain Cook on his way. Cook, and Sandwich. Weird.

Ian: Yeah, everybody had food names at that time. We all remember the Duke of GoGurt.

Mike: Nobody ever talks about the Earl of Salad, who first put together vegetables and Bacos. 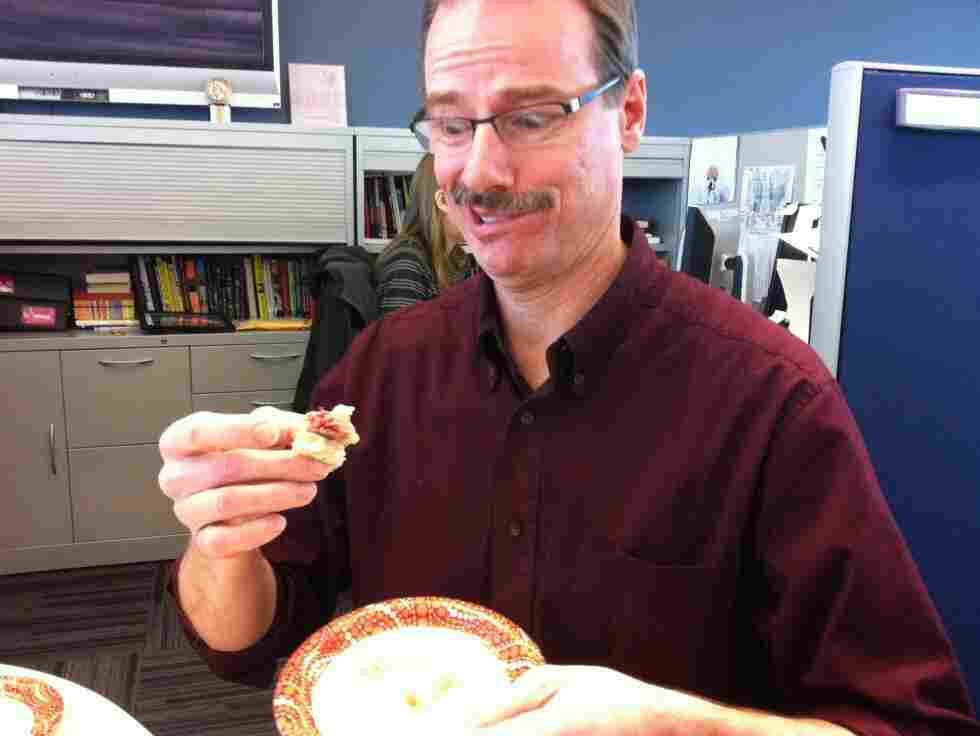 The Earl of Mustache enjoys the Earl of Sandwich sandwich. NPR hide caption

Mike: What if the Earl of Sandwich had requested something else?

Peter: Yes, if he had been like, "bring me some dough, topped with tomato sauce and mozzarella cheese," or, "bring me a pouch filled with cookies, totaling no more than 100 calories," we'd call that a "sandwich." 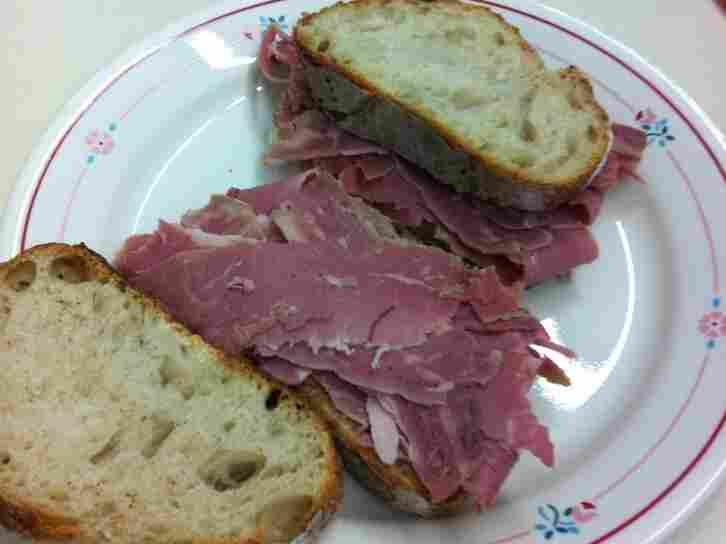 Eva: Any other foods invented while gambling?

Peter: How do you think the Earl of Sandwich would feel, if he came back to life and found this was what he was known for?

[The verdict: a pretty delicious sandwich, but without any condiments, it was a little dry. Robert said it could use some mustard, or spotted dick. Then Peter accused Robert of not knowing what spotted dick was. Anyway, good sandwich--just get good salt beef and bread that's fresher than what the Earl of Sandwich would have had.]

*"Salt beef" is the British term for corned beef, the way they say "biscuit" for "cookie," or "zimmer frame" for "walker."