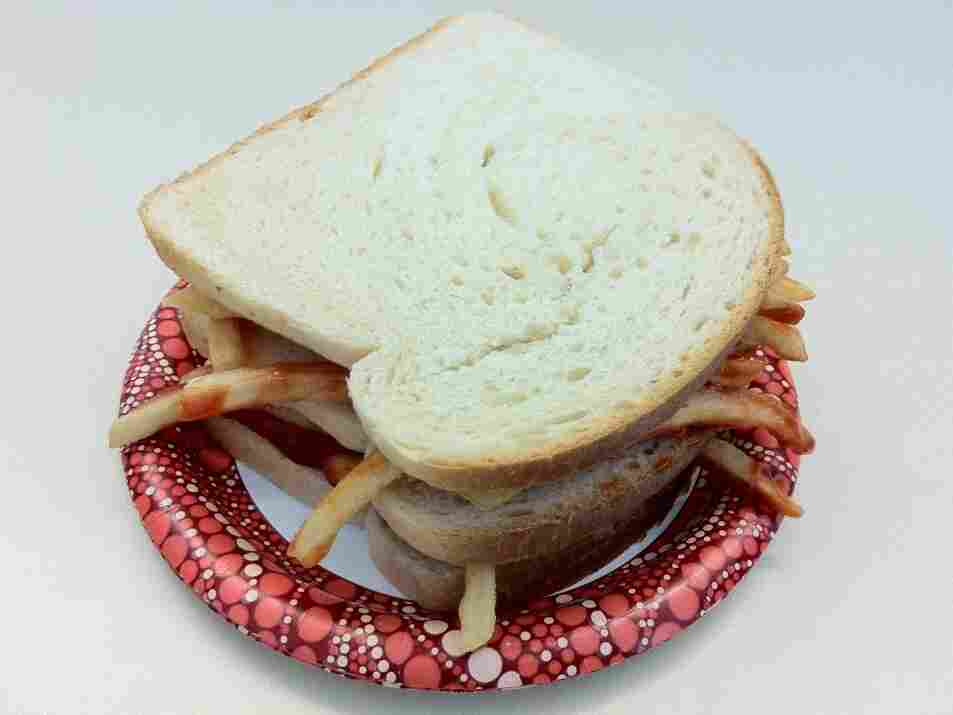 We're told that the English Chip Butty was invented in Northern England by people who apparently had only four ingredients to work with. It's a triple-decker sandwich, buttered bread, and a pile of fries (french or freedom, up to you), and is traditionally a late-night-so-drunk-you'll-eat-anything kind of a food. Different variations add ketchup or malt vinegar. We added ketchup.

Lorna: This is the sandwich you'd make out of whatever you found stuck in the seats of a minivan after a long trip with the kids.

Ian: You know what would make this even better? If you replaced the fries with a cheeseburger, and ate the fries on the side. And maybe replaced the bread with a sesame seed bun. 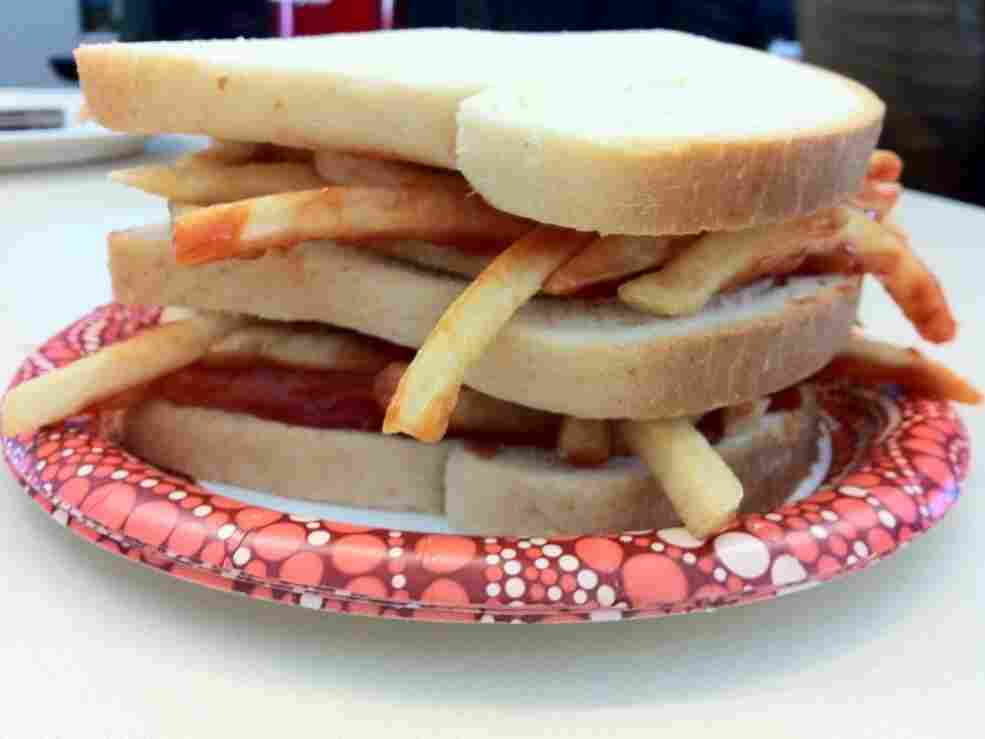 Robert: It's a lot of starches. It's all starches.

Ian: But there is an Atkin's version. It's a bowl of ketchup and a spoon. 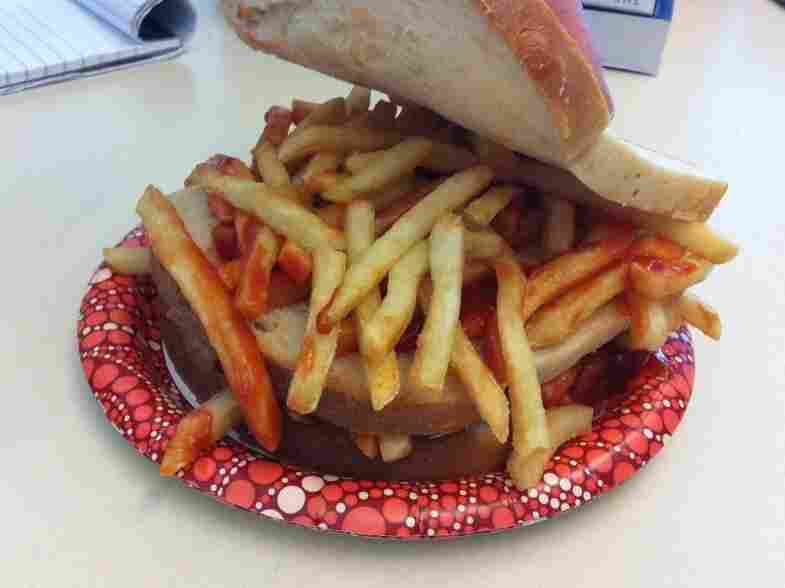 Mike: I'm disgusted with myself for liking this sandwich so much.

Ian: There's something kind of revolting about having a sandwich of carb on carb. It's like it only wants to hang out with its own kind.

Eva: It's a Bigot Sandwich. 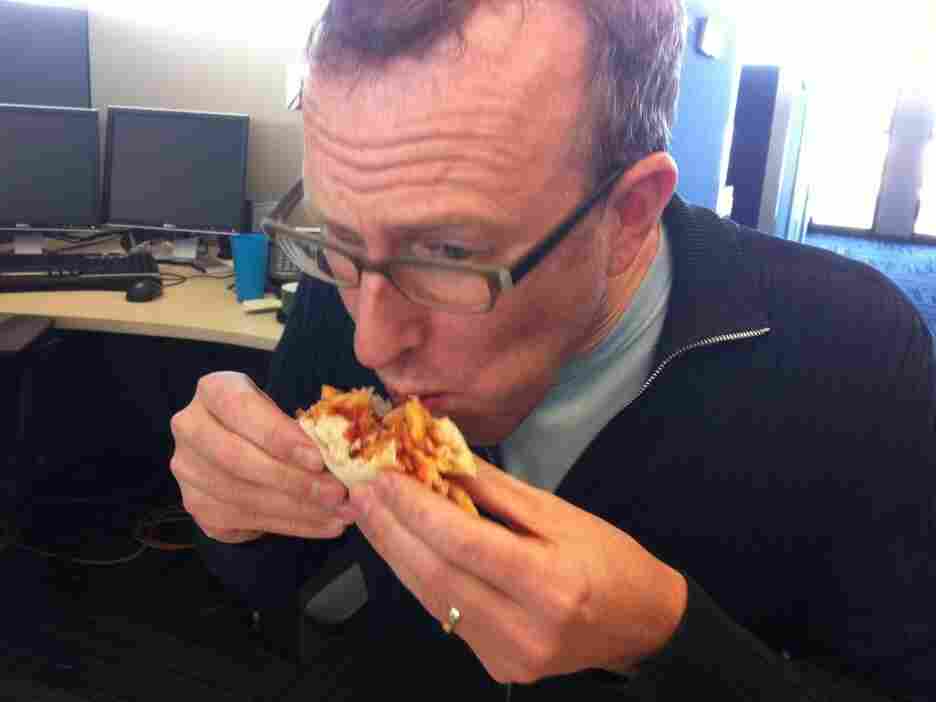 Mike: Usually, the problem with fries is that you can never get enough of them in your mouth at once.

Eva: This sandwich fixes that.

Mike: Yeah, they're all together. It's like an aircraft carrier for french fries. 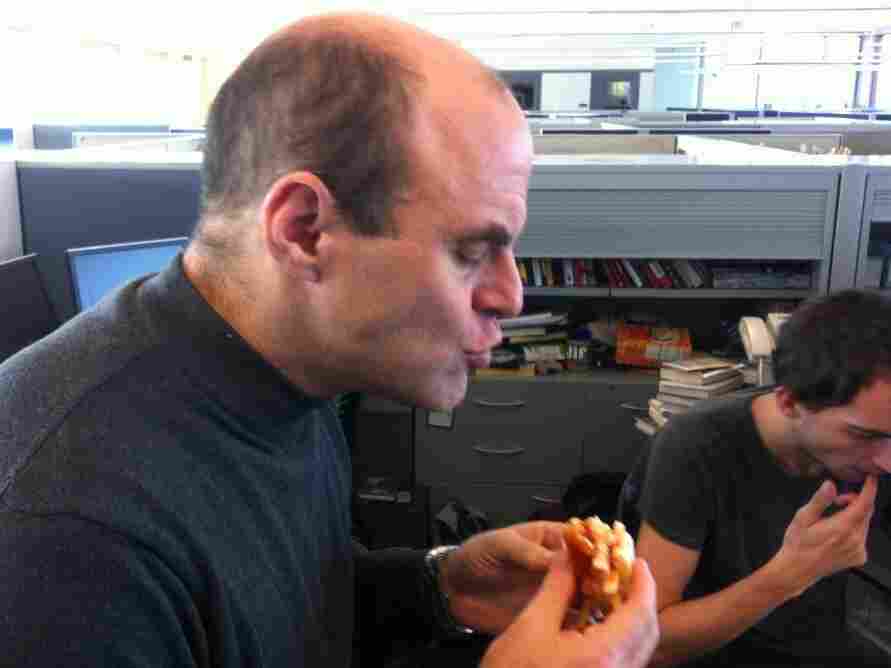 Peter only appears to be blowing a kiss to the sandwich. We think. NPR hide caption

Eva: Another plus about this sandwich is you can get the fries fully covered in ketchup--you don't have to leave a dry part to hold it with.

Peter: Yes, when Achilles' mother dipped her fries in ketchup, she always held one part with her hand, and that part is now the only vincible part of the fry.