Accessibility links
We Eat A Bacon Veggie Burger : Wait Wait ... Don't Tell Me! Most things taste better with bacon. So why not a veggie burger? In the latest installment of Sandwich Monday, Wait Wait investigates the unorthodox combo. 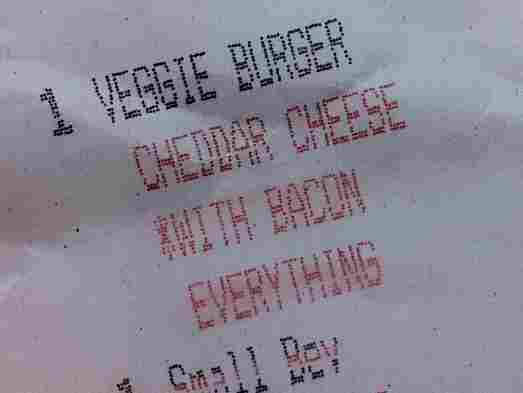 This isn't the first time we've had to go up to the counter and make an unorthodox order, but today's sandwich elicited a bigger reaction than I've ever seen before. I called the look on the short order cook's face "contempt," while Eva said it was more like "dismay." Either one is an appropriate reaction when someone asks for "a veggie burger with bacon on top," or as it's known in sandwich circles, "The Hypocrite." 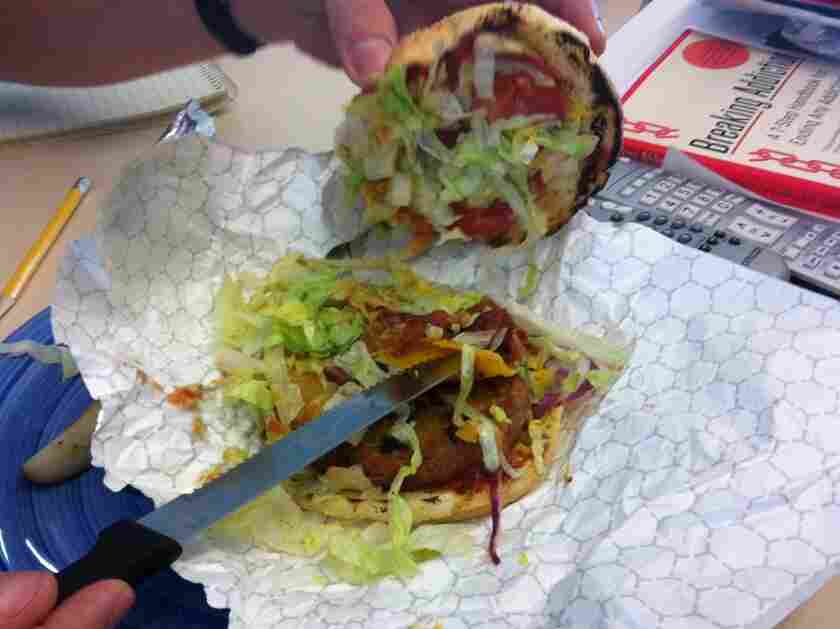 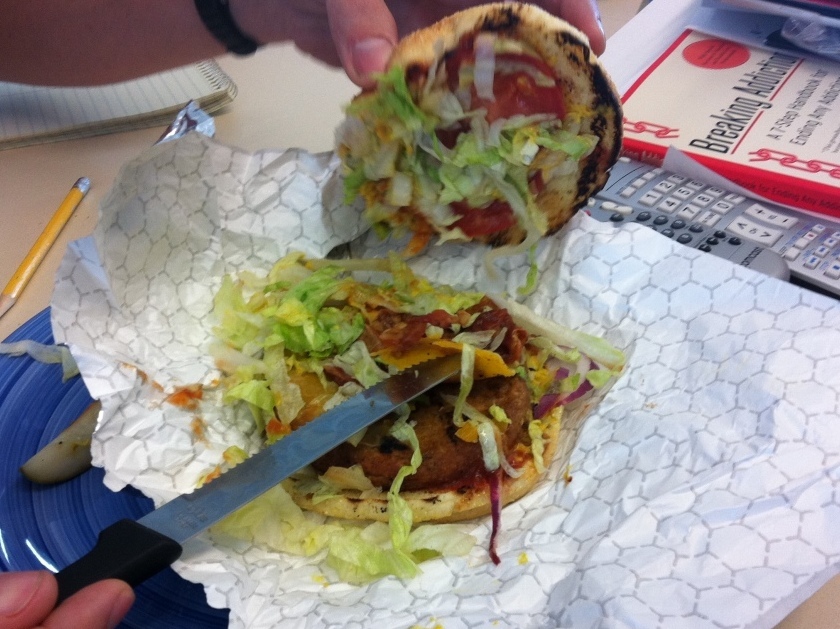 Ian: This sandwich is like that couple you're friends with, and you know they shouldn't be together but it's not polite to tell them.

Eva: One's way hotter than the other. That one being the bacon, of course. 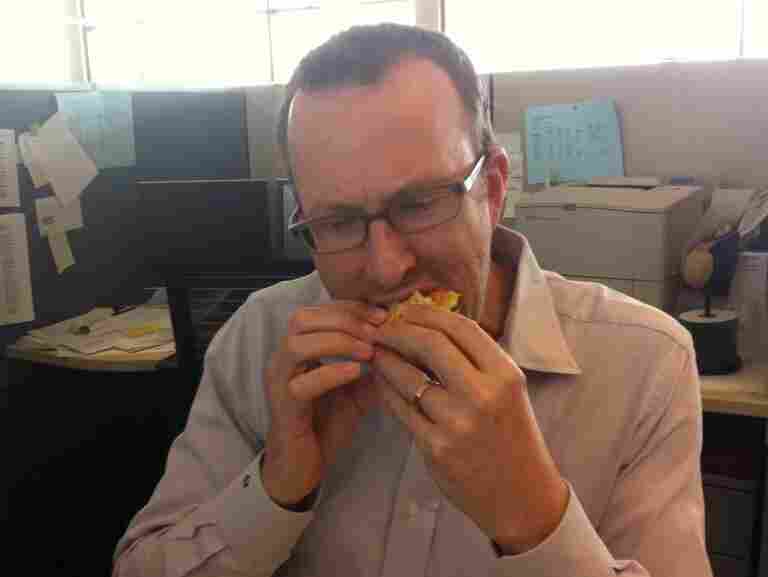 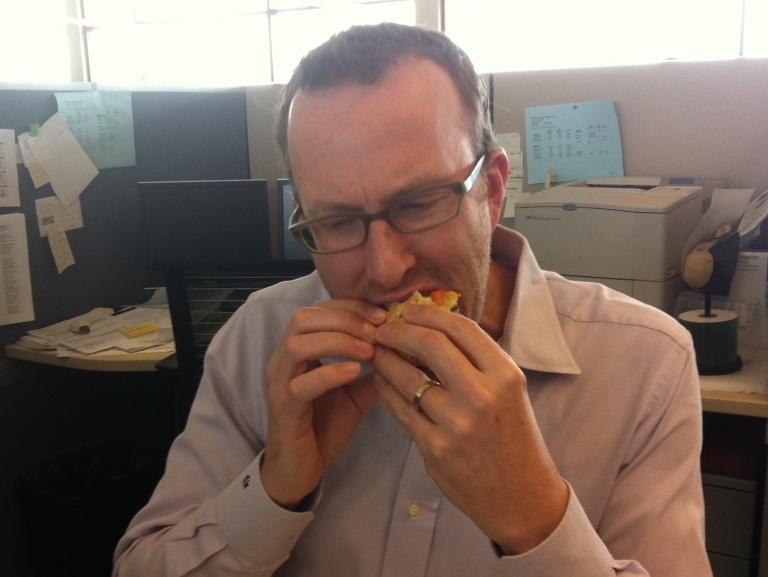 Ian: Say what you will, I don't think this is as hypocritical as McDonald's new McMarkBittman sandwich.

Eva: Also, it is kind of a good transition out of vegetarianism. 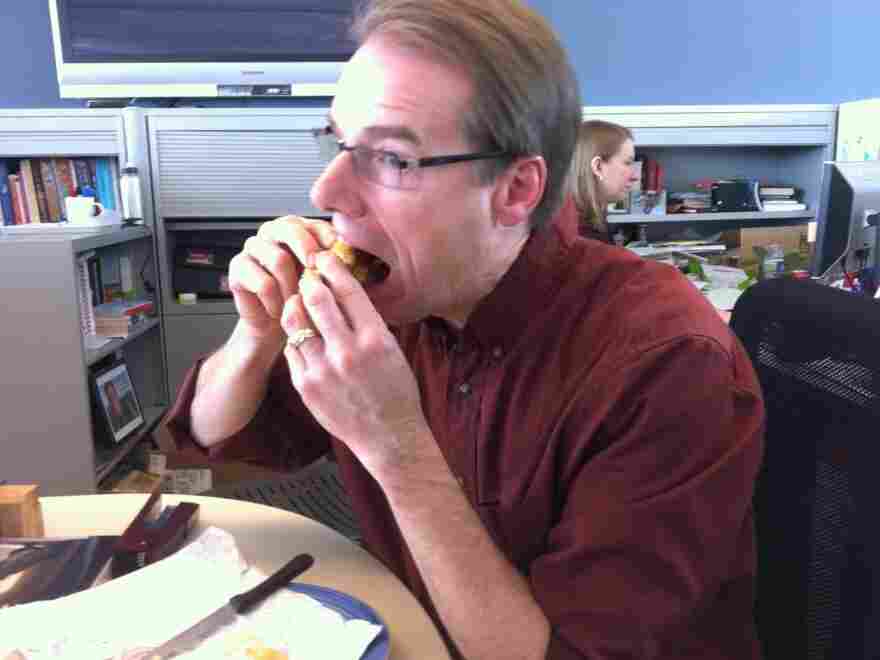 Ed. note: That is not a tiny head growing out of the back of Robert's head. NPR hide caption 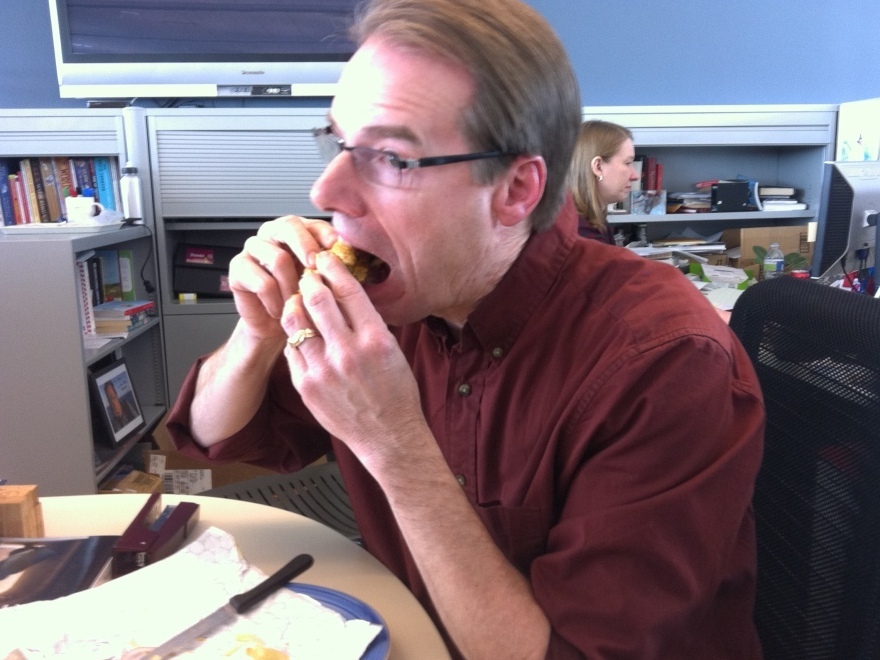 Ed. note: That is not a tiny head growing out of the back of Robert's head.

Ian: My point is all of those things would be better with bacon, and I'm pretty sure I'm right. 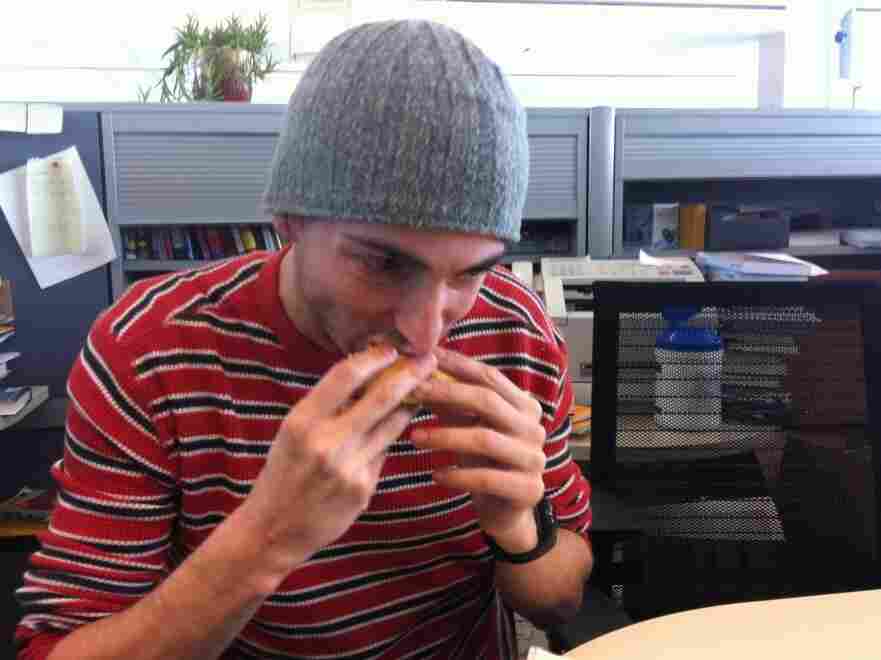 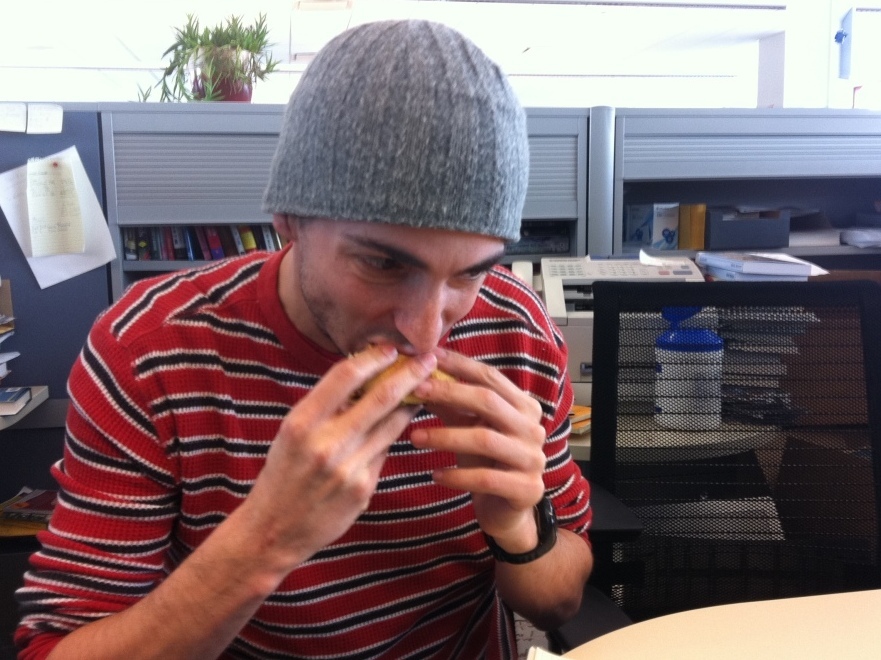 Mike: It would be shocking. It's pretty much like showing up in Lady Gaga's meat dress.

[The verdict: I love a veggie burger, and the bacon didn't improve it that much. I love bacon, and this certainly isn't the best vehicle for it to star in. There is no reason to eat this sandwich.]