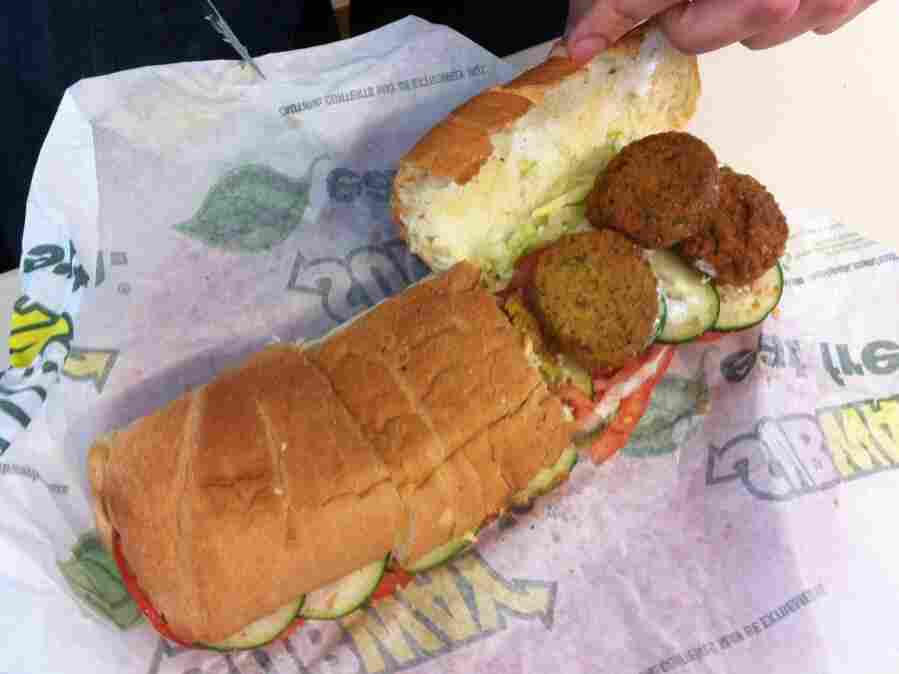 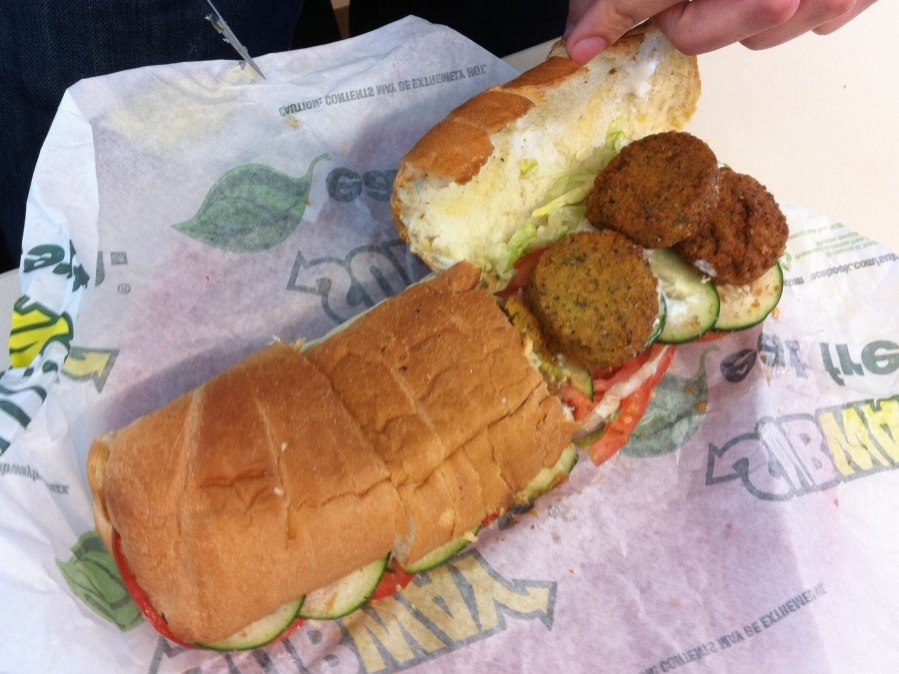 One great thing about sandwiches is they can bring cultures together. The Mexican Whopper brings together Mexico and whatever country Burger King is king of, the bacon cheeseburger brings together longtime rivals pig and cow. Now Subway is doing the multicultural thing, with the Falafel Footlong.

Ian: Before anybody runs out to get one, we should say we tried 10 Subways and only one had it, so you should call first.

Eva: No one is running out to get one. 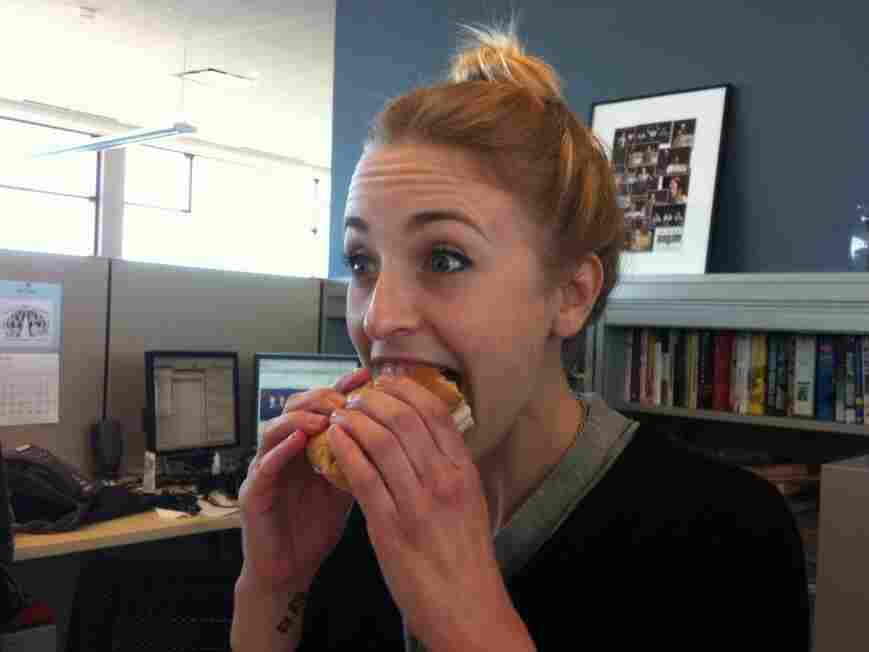 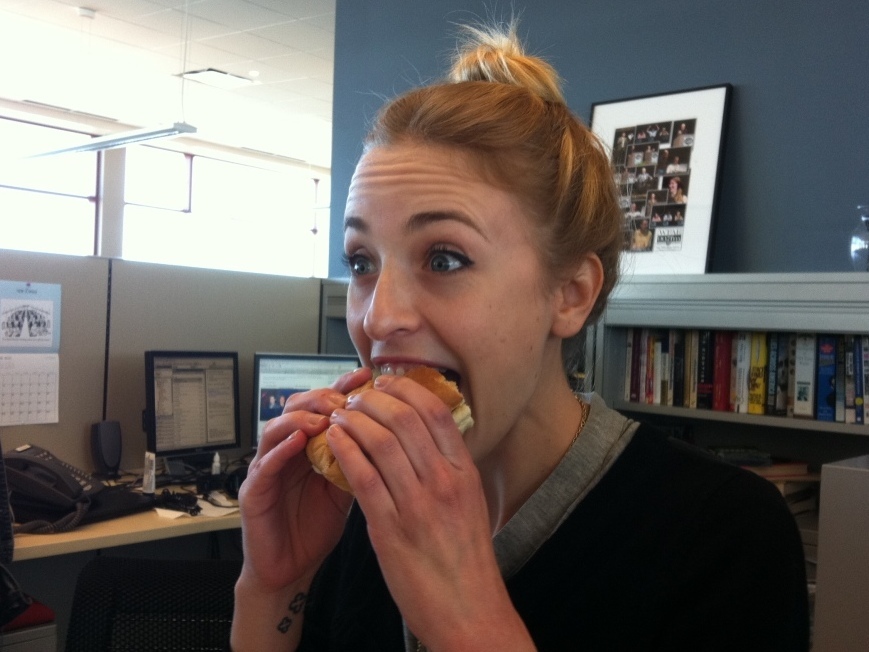 Eva: This sandwich is like a married couple in which each half is somehow not good enough for the other.

Ian: I can't eat falafel without thinking about Bill O'Reilly. 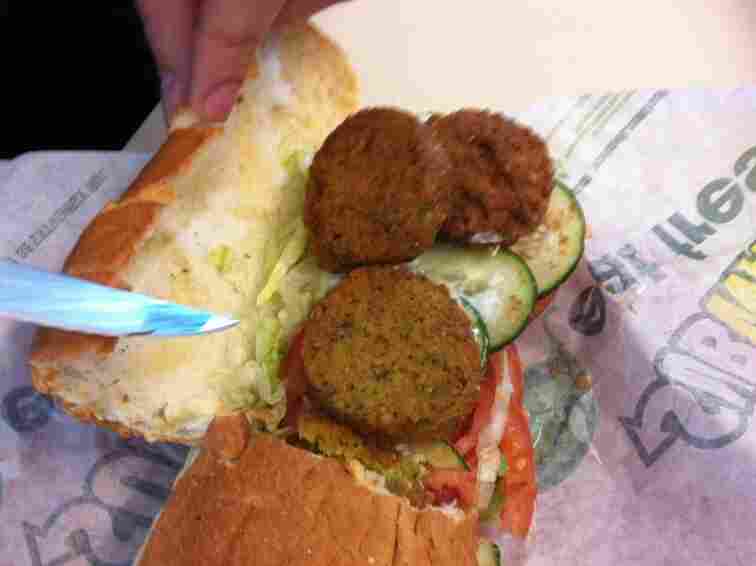 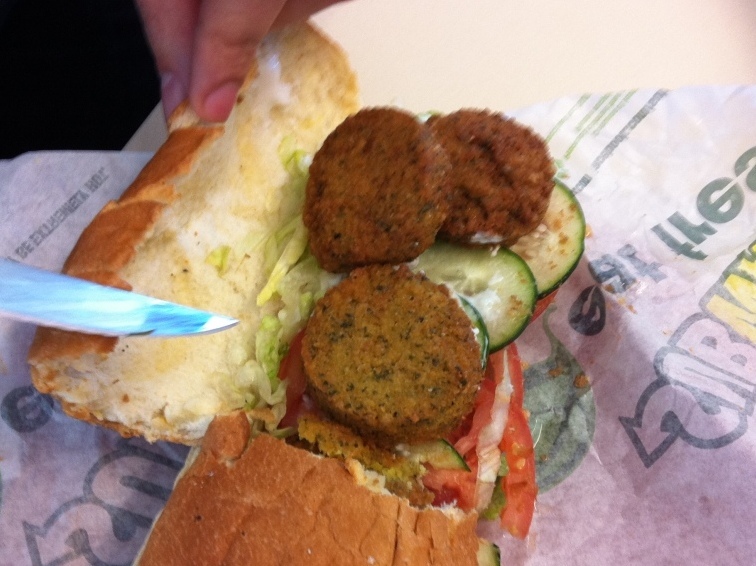 Robert: That doesn't look how falafel is supposed to look.

Mike: The size and shape of these falafel pellets makes me feel even more like a hamster.

Ian: I think these are the pucks they use when they play hockey in Egypt. Explains why it hasn't caught on there. That and the lack of ice. 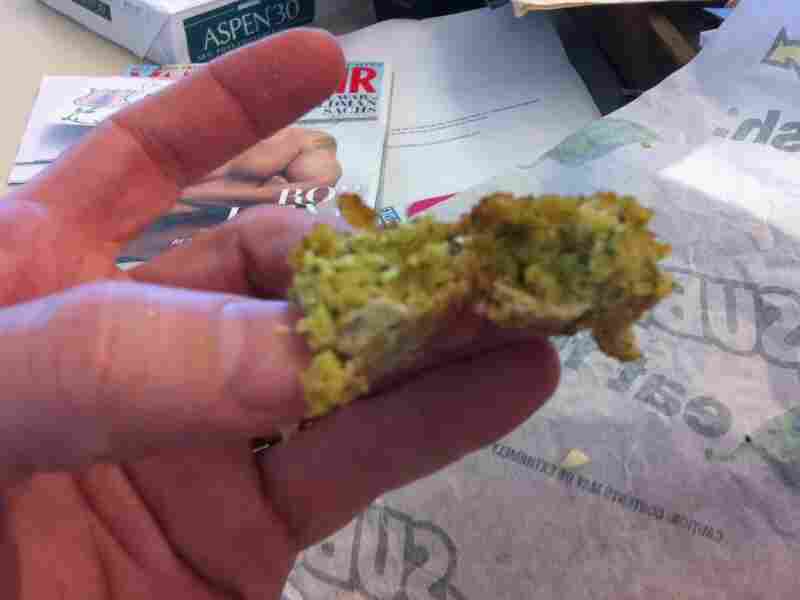 A closer look at the falafel. NPR hide caption 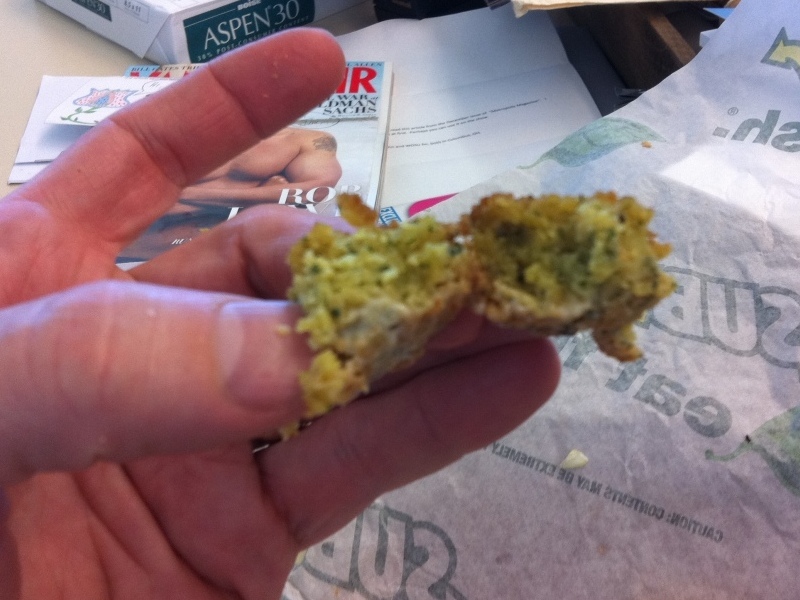 A closer look at the falafel.

Mike: You can order however you want at Subway, right? I think this would be a lot better if you ordered it with onions. And meatballs. And hold the falafel.

Ian: It is nice to see something added to the fast food landscape for herbivores. Sadly, this sandwich is also good for blandivores.

[The verdict: I love a falafel sandwich. And I like Subway just fine. But they just don't go well together. Recommended: other sandwiches at Subway, other places for falafel.]