Accessibility links
Sandwich Monday: PB&C : Wait Wait ... Don't Tell Me! For this week's Sandwich Monday, we try a peanut butter and Cheeto sandwich we found on the internet. 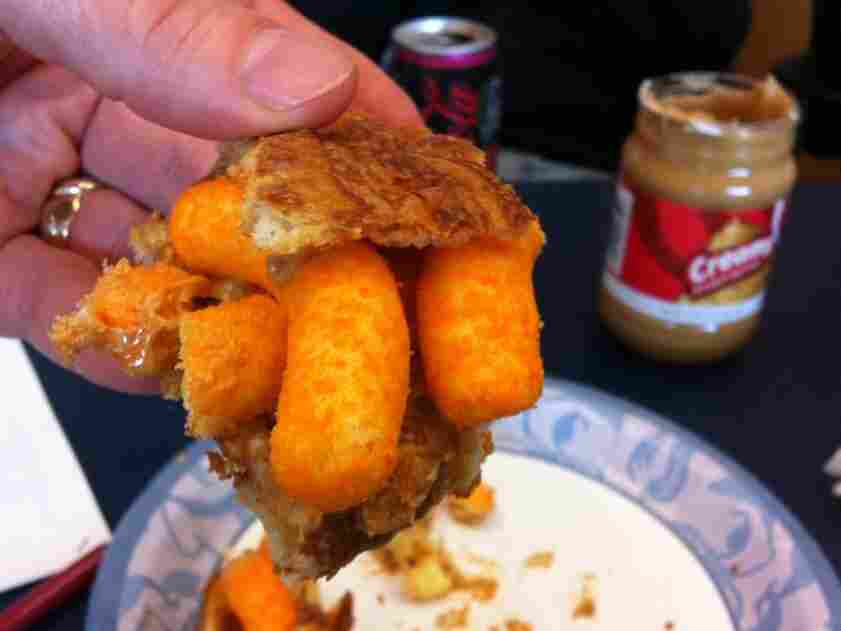 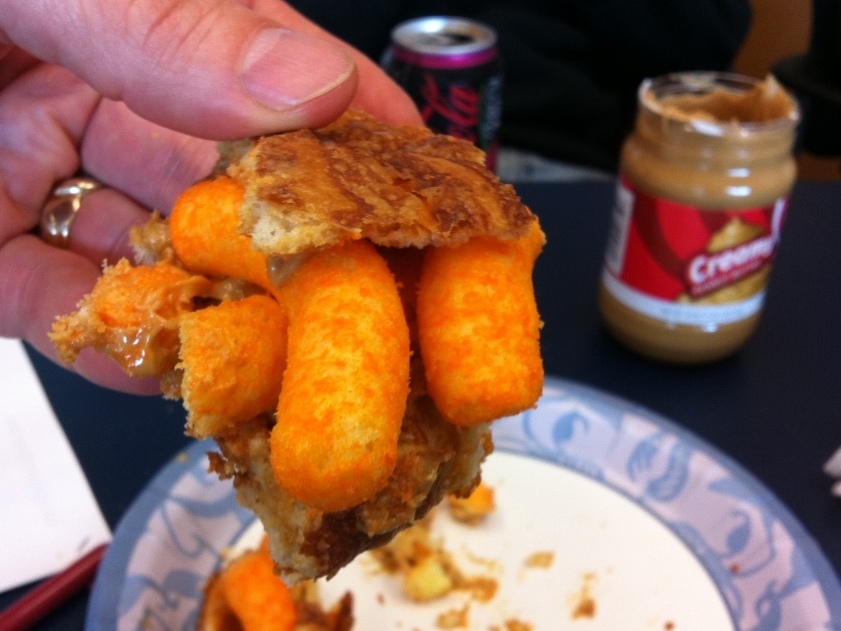 Part of you looks at the Nutropolitan Museum of Art and thinks, "oh, great, another sneaky marketing thing that's just a cynical attempt to sell some product." Another part of you, namely your mouth, thinks, "Cheetos and peanut butter? Put that in me."

Robert:The crackly Cheeto air pockets embedded deep within this sandwich remind me of the crystalline beauty concealed within a geode.

Peter: One of the more surprisingly delicious sandwiches we've had.

Amy: Yes. It manages to be tasty without sacrificing the quality of making you feel horrible. 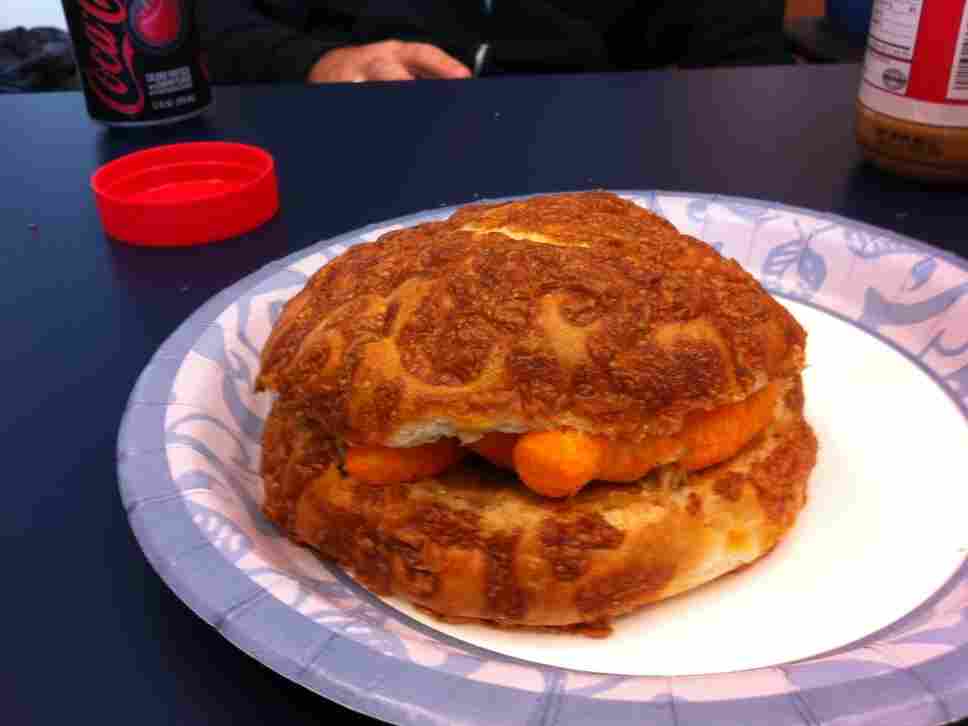 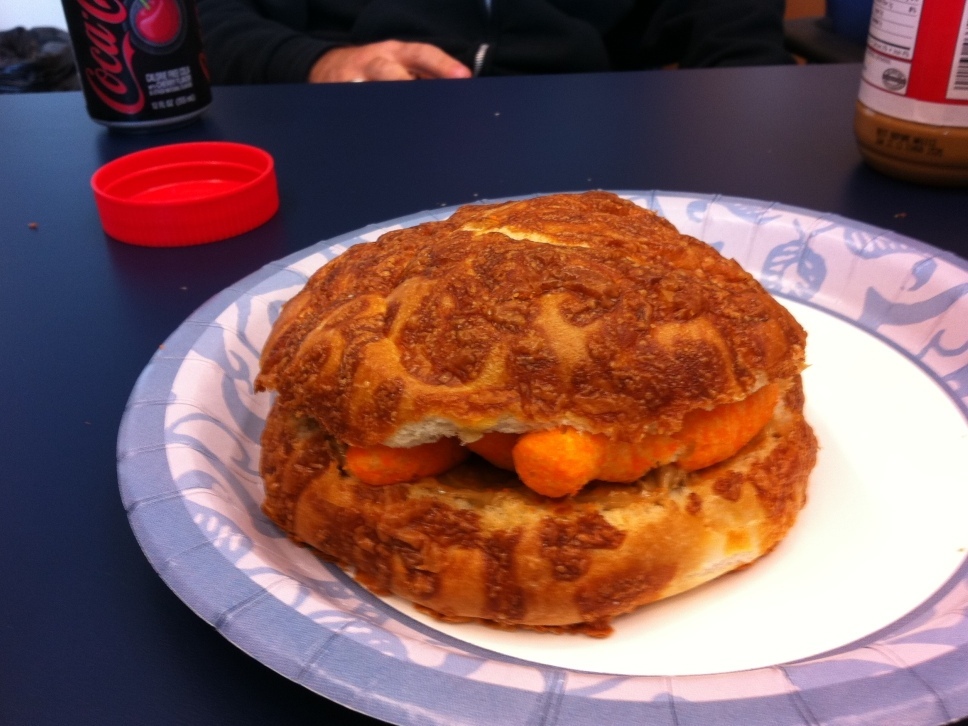 Mike: Look! it's the elusive pearl of the cheese clam! 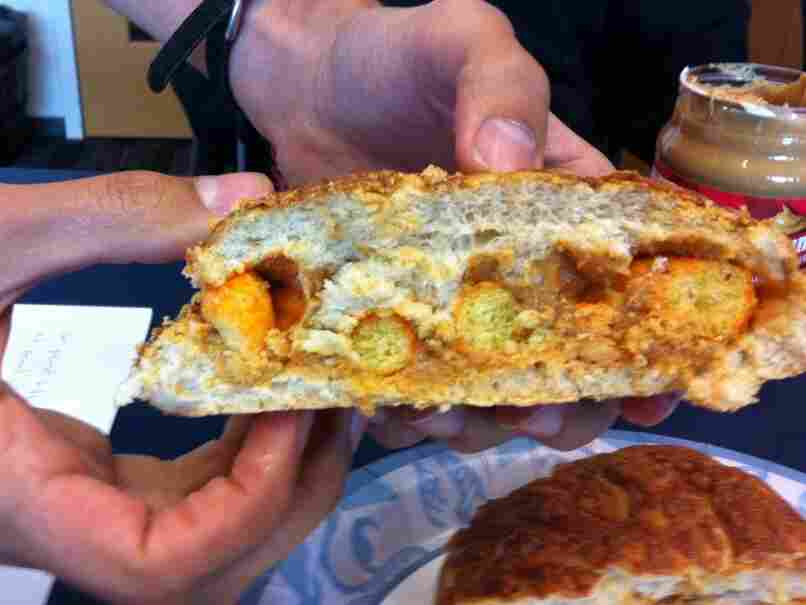 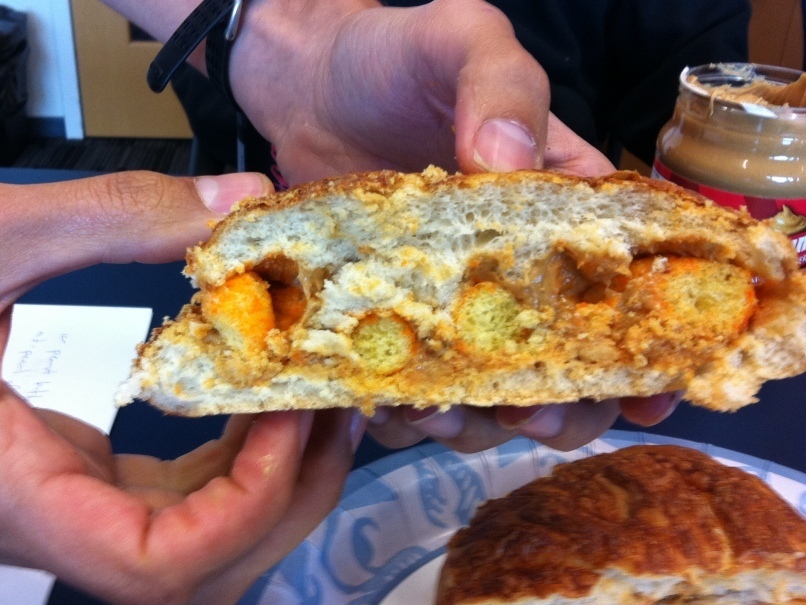 Blythe: This is the first time I've ever eaten Cheetos without the orange dust all over my fingers. It makes licking my hands less enjoyable but I'm doing it out of habit.

Peter: It would be really sad if the Cheetos thought they would be smuggled to safety when they jumped inside the sandwich. "We'll be safe in here, guys! The massive Fingers will never find us!" 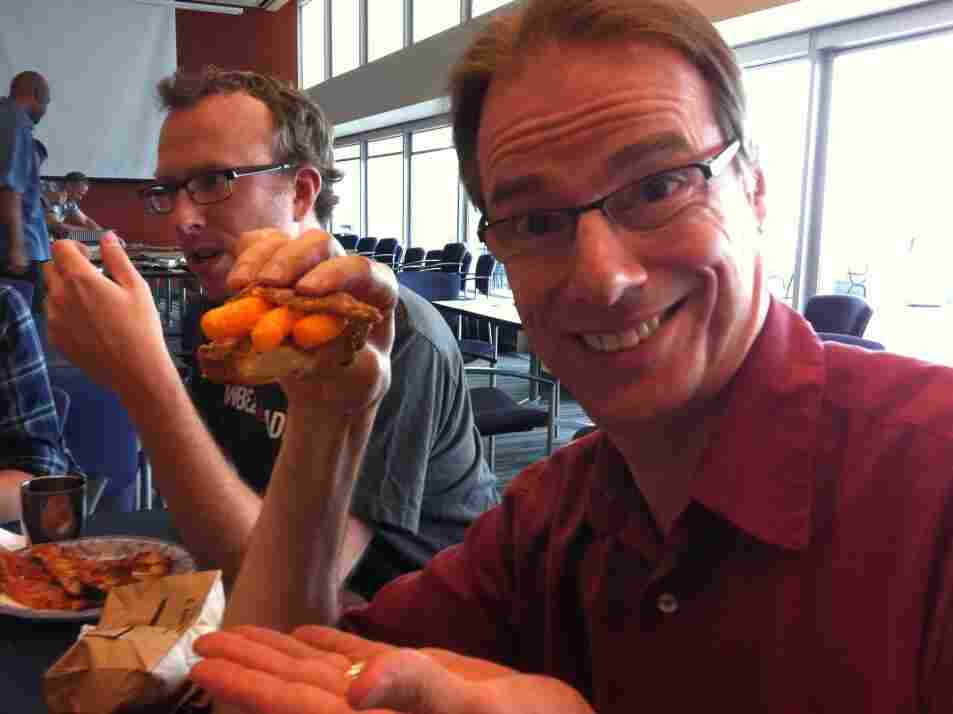 It's just not Sandwich Monday until Robert looks like a maniac. NPR hide caption 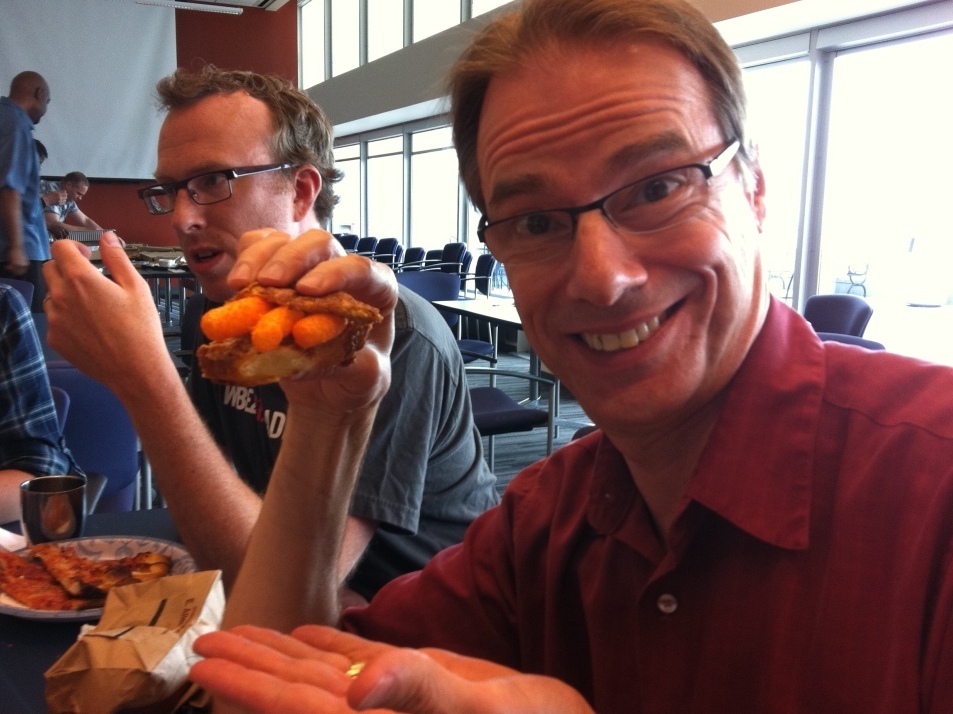 It's just not Sandwich Monday until Robert looks like a maniac.

Mike: How could you make this sandwich even less healthy but still maintain its vegetarianism?

Robert: A layer of cheese.

Ian: Lead paint and some tobacco. It's the only way.

[The verdict: As Peter said, surprisingly delicious. All agreed it's like a fancy version of those peanut-butter-on-orange cracker things you get from the vending machine. Insofar as anything with Cheetos can be "fancy."]