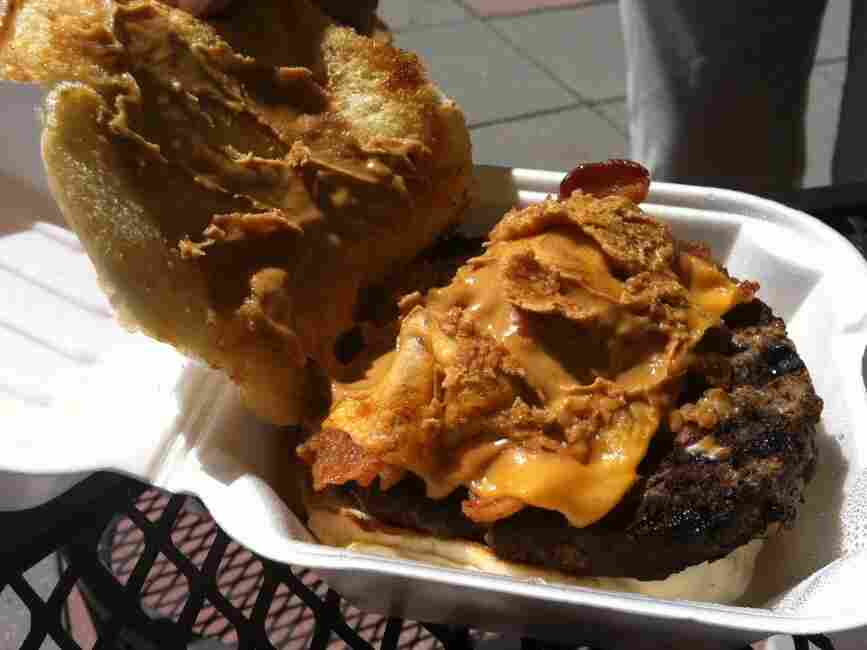 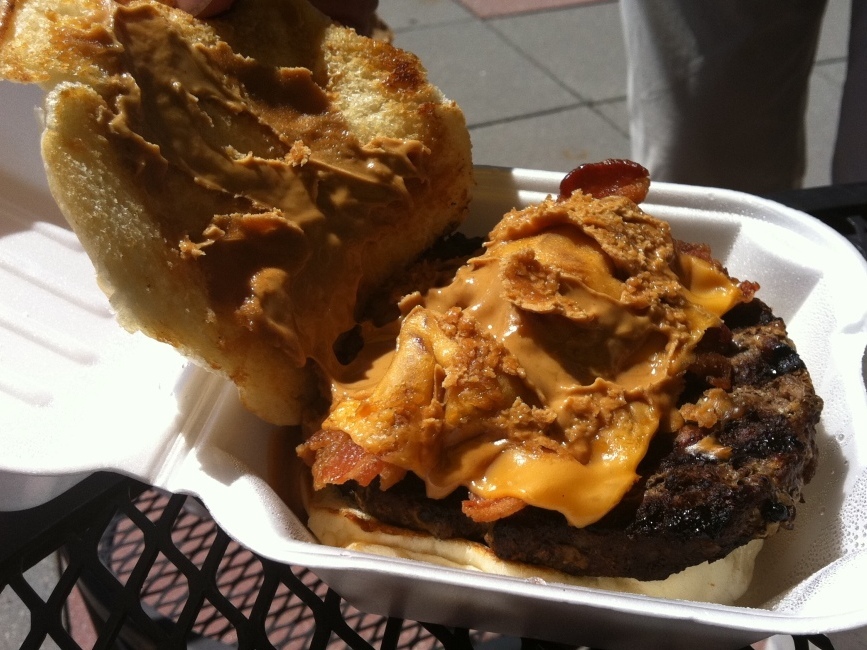 Grecian Kitchen Delight in Skokie, Illinois recently featured a "Burger of the Week" called the Sticky Burger: a beef patty with bacon, American cheese and peanut butter. This was either a tribute to the spirit of creative expression in American Sandwich Technology or a tragic lapse in judgment. We decided to find out.

Turns out the Sticky Burger is not without controversy among the staff at Grecian Kitchen. When I asked if they could recreate it since it was last week's burger, the woman at the counter said "You LIKED that?!?"

Ian: Wow. The peanut butter really seals your mouth around the meat. Turns your mouth into kind of a meat prison.

Mike: Yeah, and as with any prison escape, the burger has to crawl out through the sewer of my body. 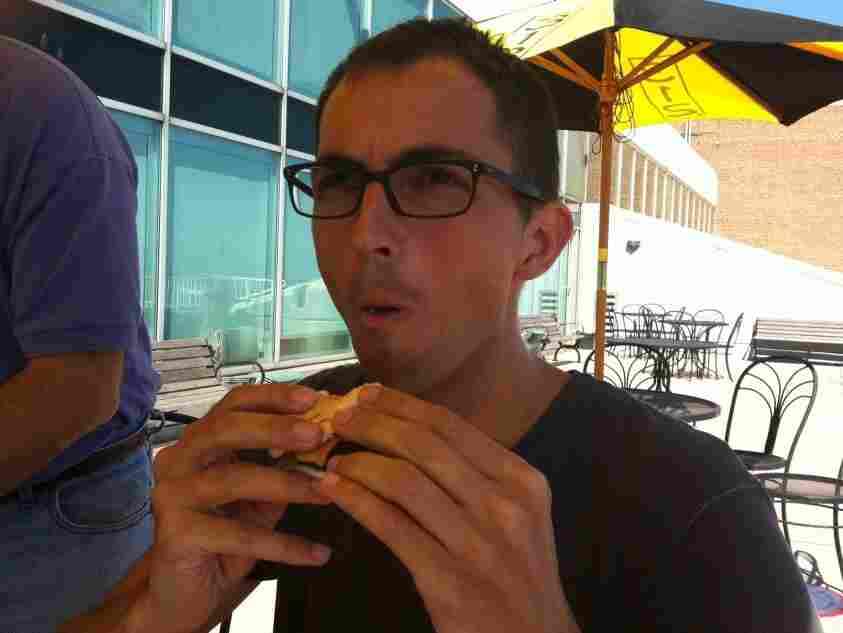 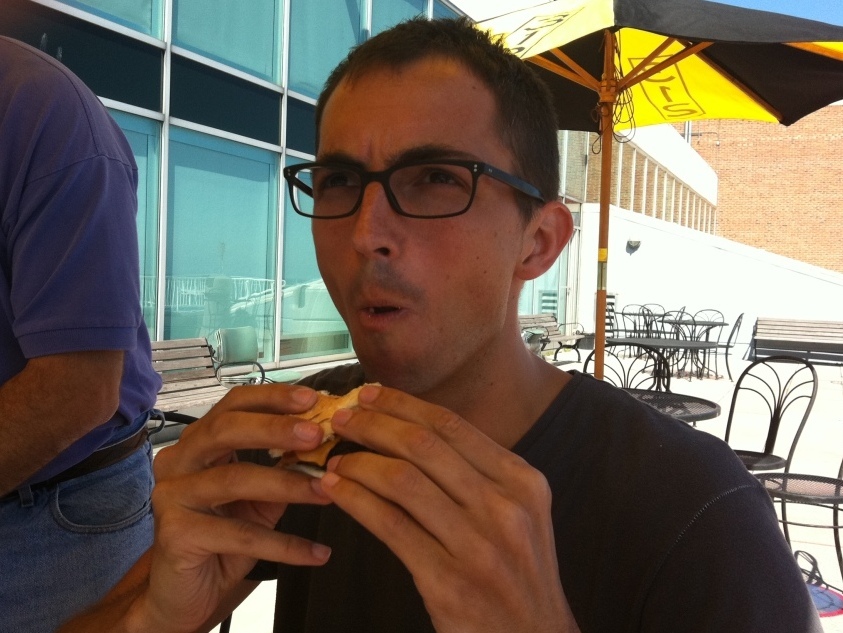 Ian: Man, jelly is really the Art Garfunkel to peanut butter's Paul Simon. They were great together, but the only one doing anything now is peanut butter. 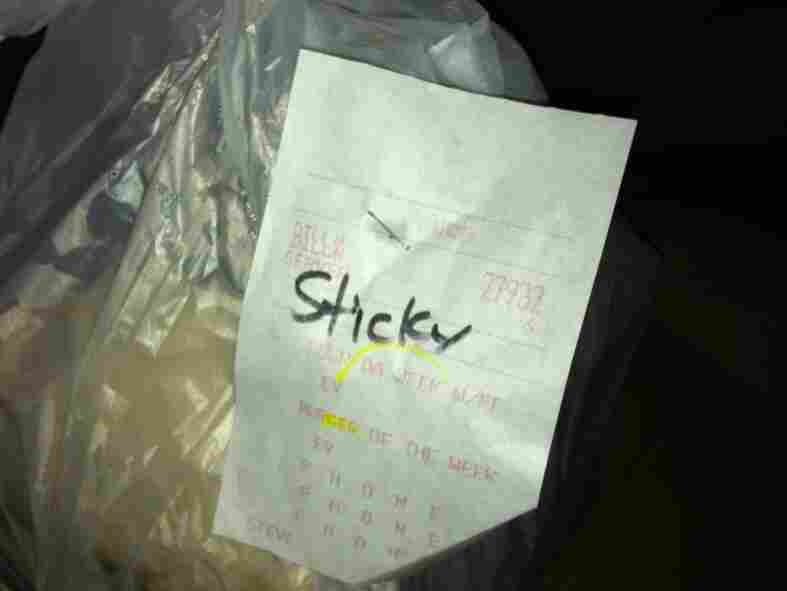 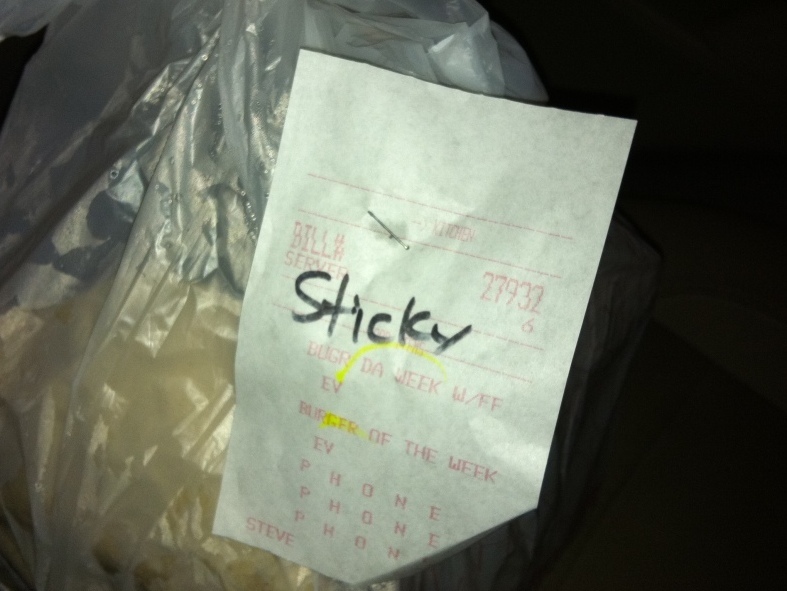 Note "Burger of the Week" is abbreviated "BUGR DA WEEK."

Peter: It's like it seals your mouth closed after it enters. It's a sandwich that never wants you to love another.

Eva: Maybe it should be taken as a sign not to eat something when it hangs on for dear life in your throat. 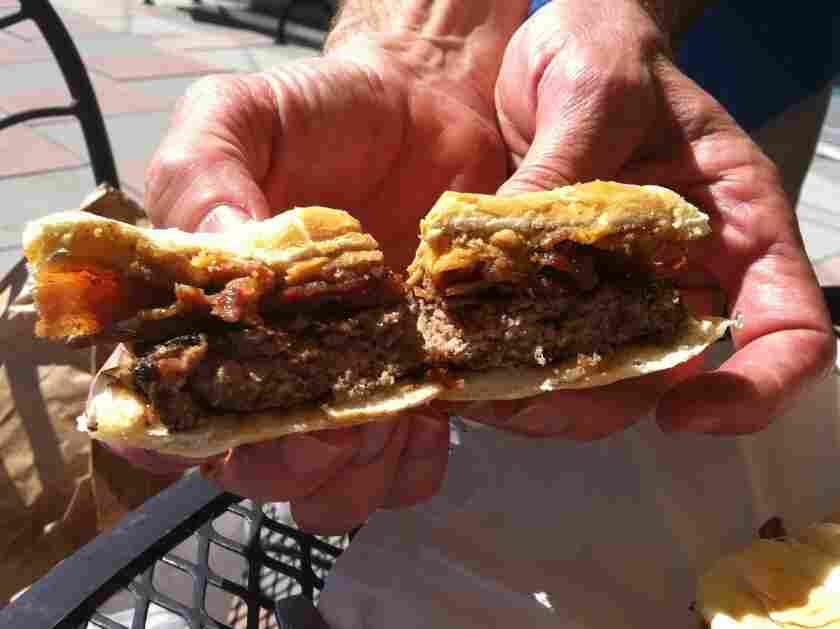 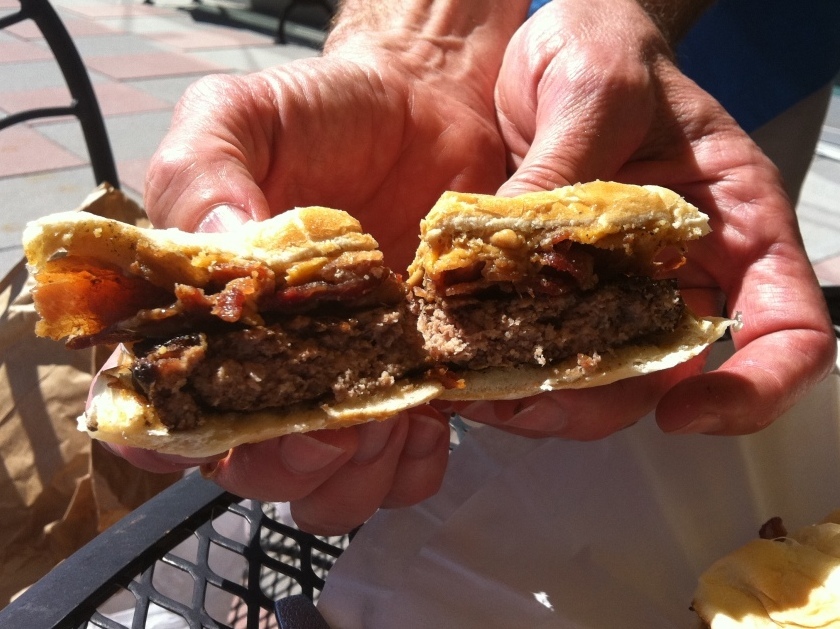 Ian: If you were going to build a house out of cheeseburgers, this would be ideal.

Mike: I feel like I just ate a bomb shelter.

Ian: When the best analogies you have are masonry analogies, you know you've got a healthy food. 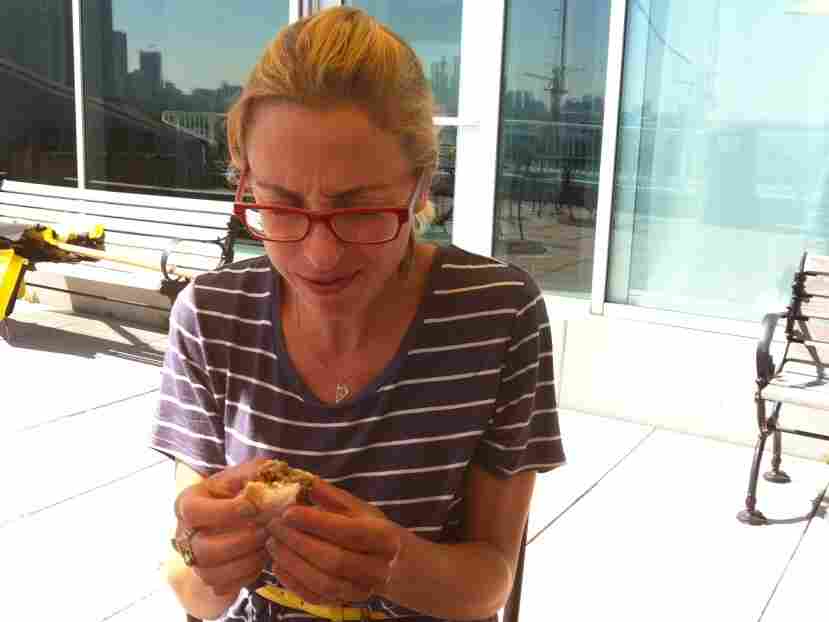 Eva wonders: what's in this sandwich? And: what am I doing with my life? NPR hide caption 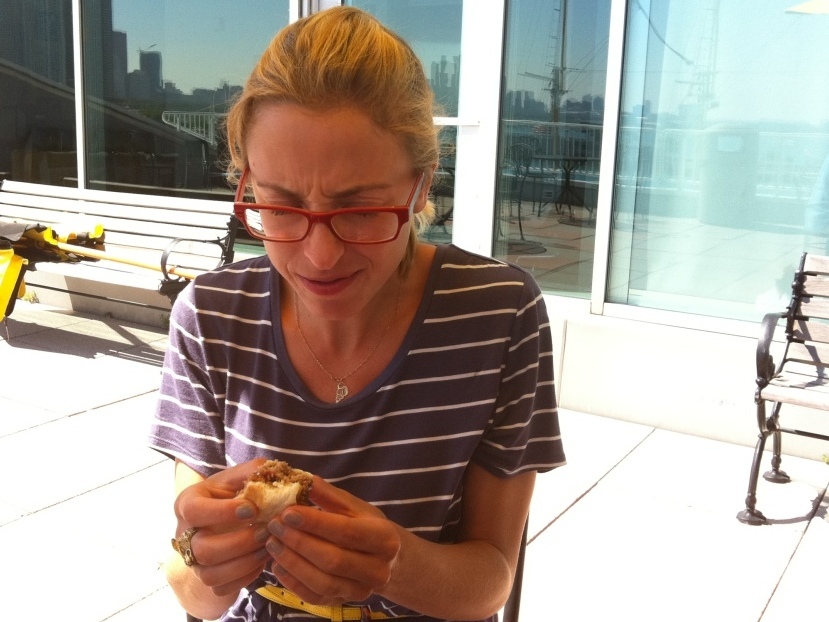 Eva wonders: what's in this sandwich? And: what am I doing with my life?

[The verdict: not bad. I wouldn't say I'd ever choose this over just a straight bacon cheeseburger, but it was still pretty tasty. The peanut butter is surprisingly powerful, burying even the usually indomitable bacon.]