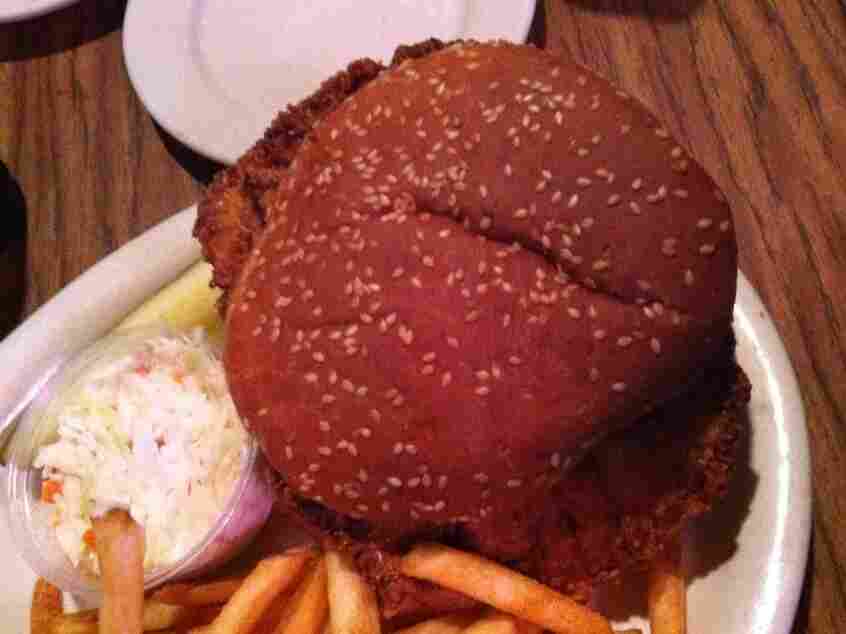 This is actually a view from Google Earth satellites. 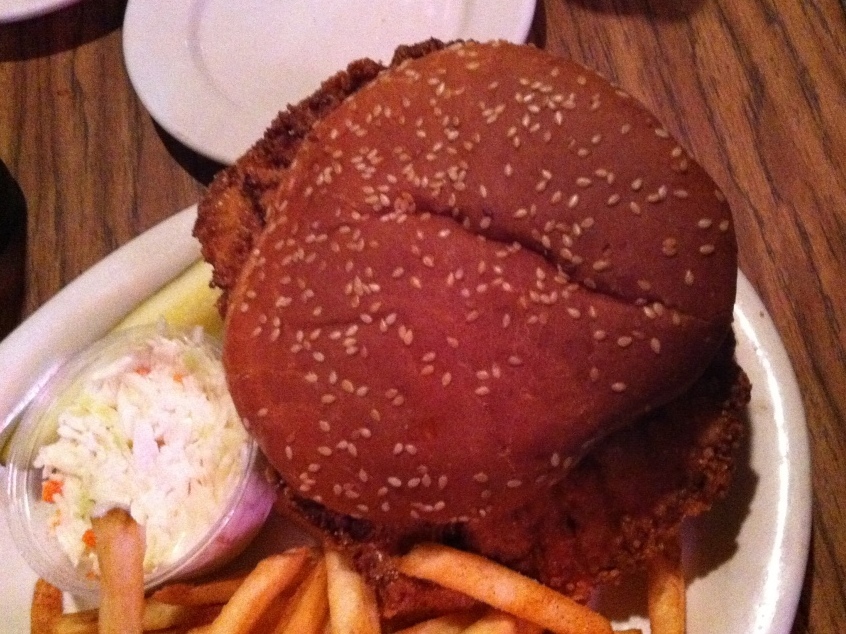 This is actually a view from Google Earth satellites.

Peter: It's the traditional sandwich of Indiana, dating from the pioneer days when Hoosiers would have one meal a year.

Ian: Yeah, Bobby Knight would have thrown this instead of a chair, but he didn't want to hurt anyone. 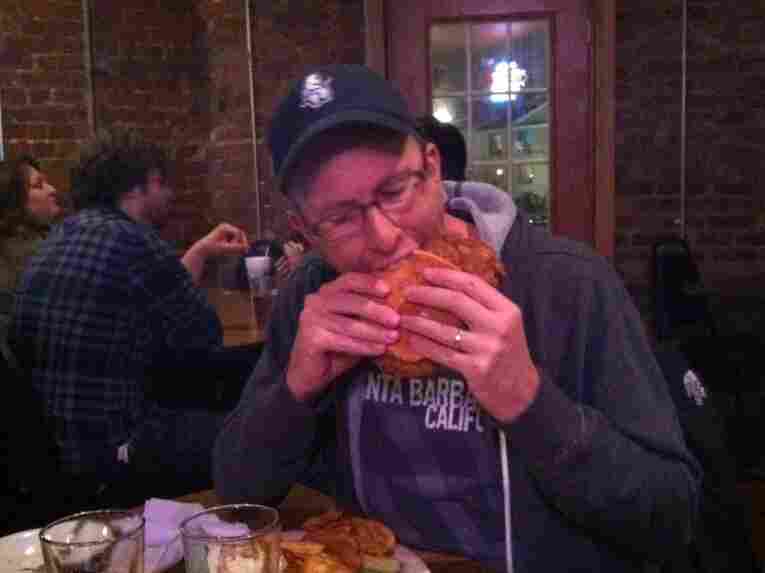 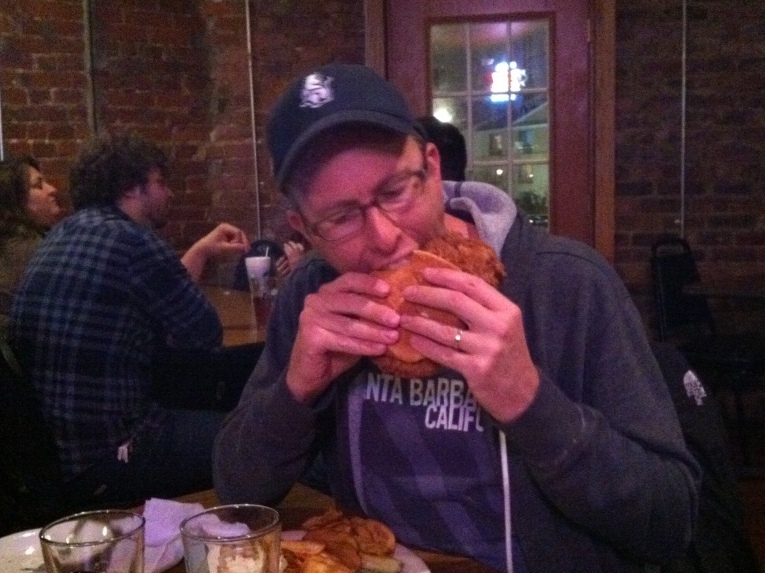 Mike: This thing is gigantic. It's the Pangea of pork. From this, the Seven Tenderloins emerged.

Ian: On the globe you're talking about, the Earth is 70 percent mayonnaise. 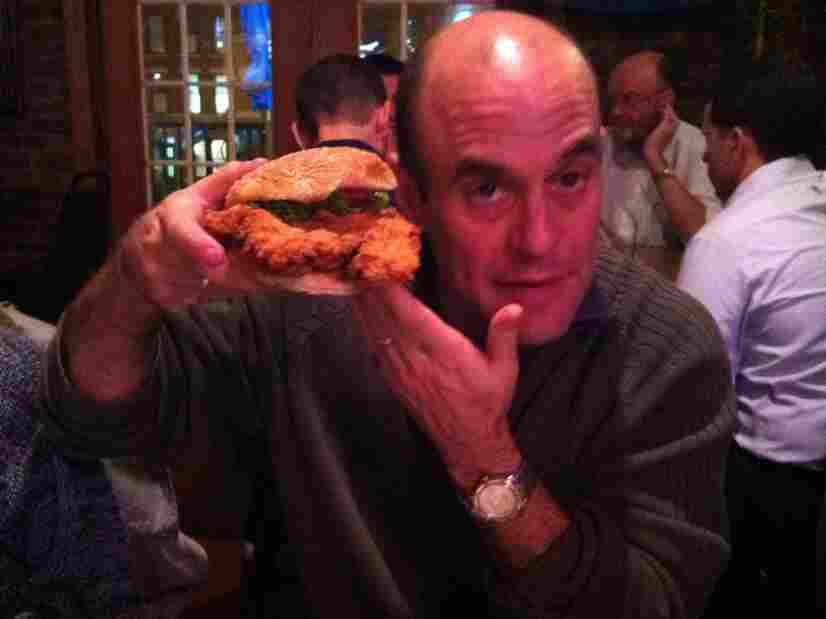 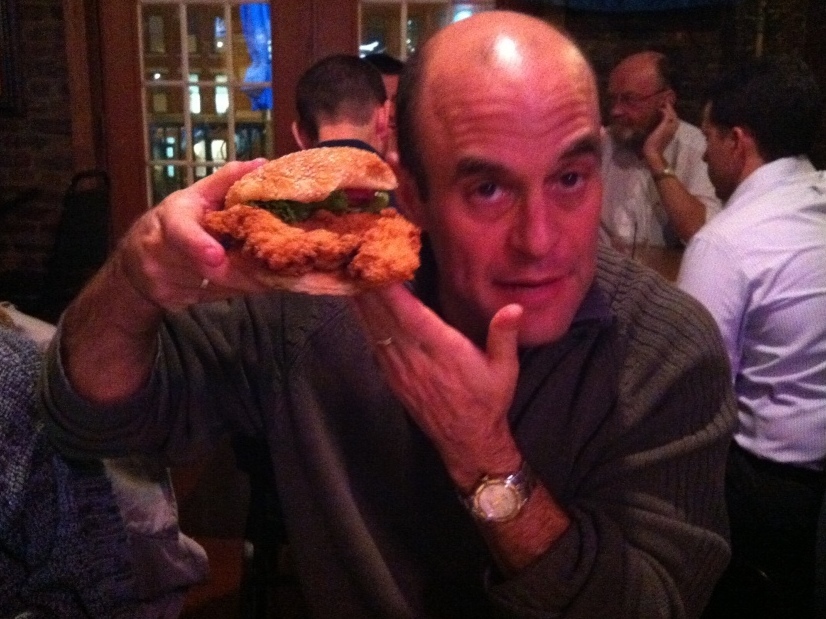 Eva: The bun doesn't fit. They should have gone to the "Big and Tall" buns store.

Peter: They call that bit of meat hanging over the side "Pork Muffintop."

Robert: You can only have this sandwich in the Midwest, because on the really big ones the meat hangs over the side of the country. 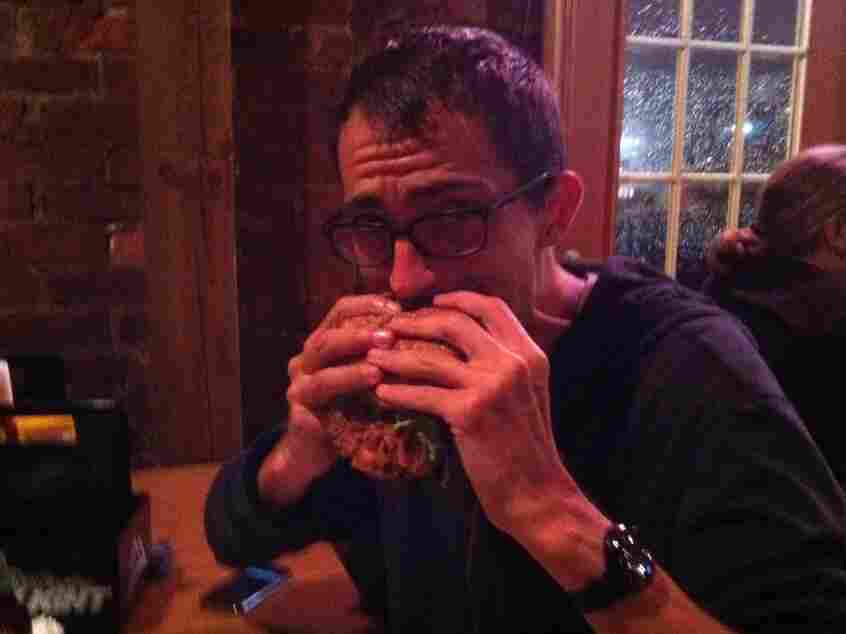 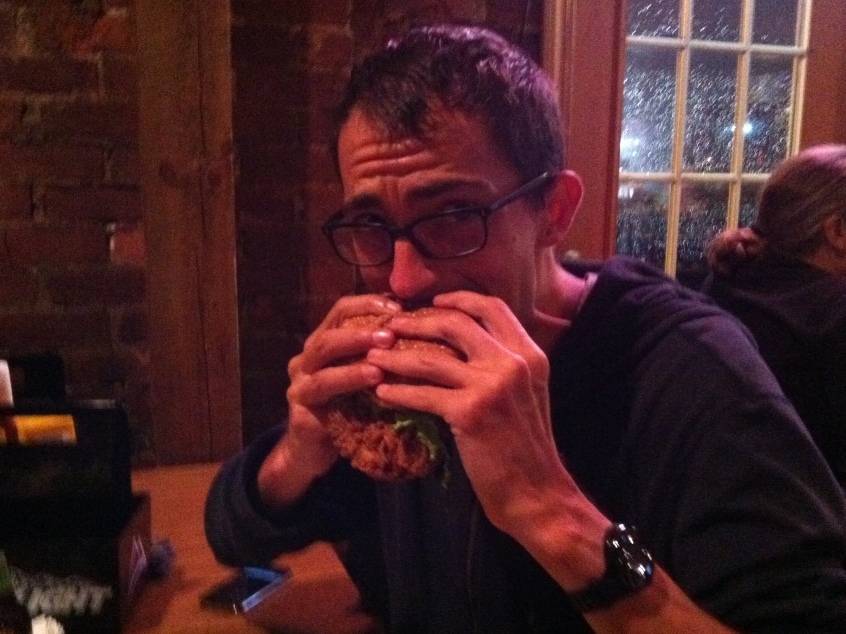 Robert: With all the breading and mayo on this thing it tastes like it could be anything. Pork, chicken or a boot. Oh look, a shoelace!

Mike: I actually thought it was a good tasting sandwich. For the first few bites. Now I'm on the 20th or 30th bite, and I can't move my jaw and I've lost all sensation in my mouth.

Peter: They say you can deep fry anything and it'll taste good. But in this case they deep fried everything. 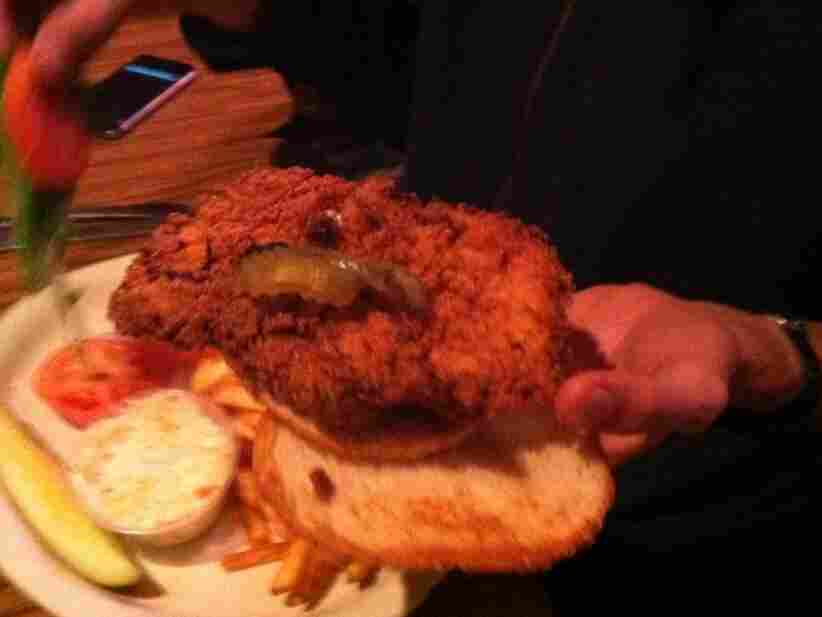 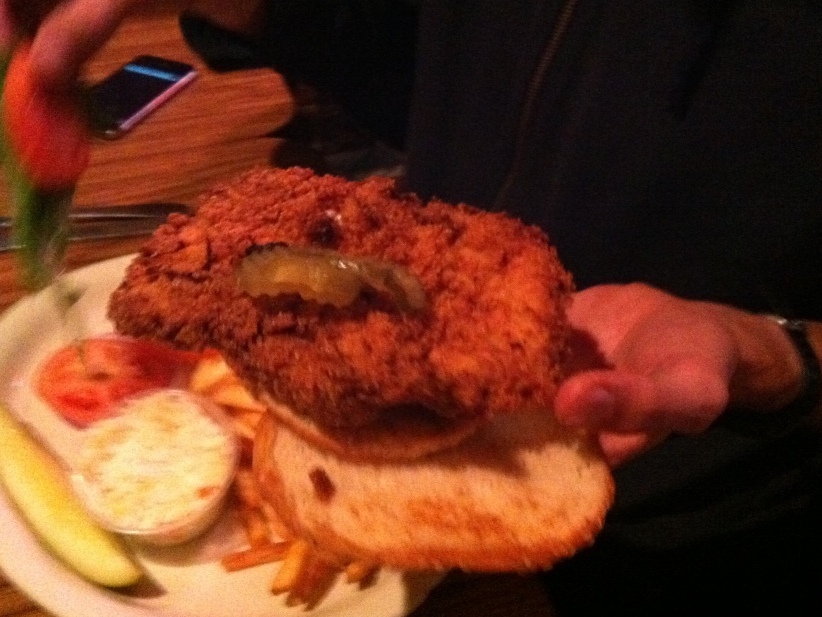 Ian: Trying to eat my way to the pickle in the middle is like Shackleton trying to get to the South Pole.

Eva: That explains the British Flag you planted in the middle.

Ian: This sandwich sure is inspiring a lot of geography jokes.

[The verdict: A good sandwich. We got ours at Indy's Bourbon Street Distillery, but you can find them anywhere. Nothing fancy — no chicken bun, no bacon sweater around the pork — just fat and volume. I wouldn't go to Indianapolis just for this sandwich. But if you're there and you've got some time and heart cells to kill, you could do worse.]