Accessibility links
Sandwich Monday: The Land, Sea And Air Burger : Wait Wait ... Don't Tell Me! The McDonald's Land, Sea and Air Burger: a chicken patty, a beef patty, and a Filet O' Fish patty on a single bun. It's on the McDonald's Secret Menu, not because it's exclusive, not even because they're ashamed of it, but because they're protecting us. 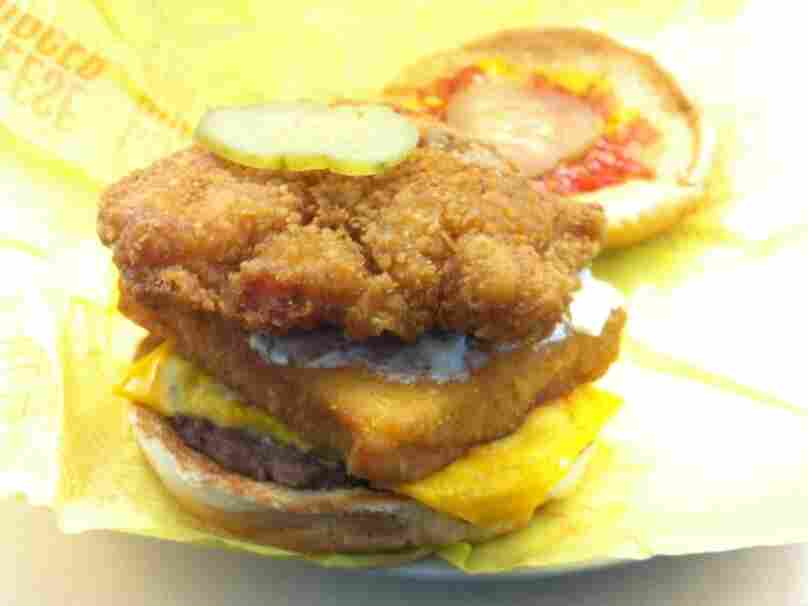 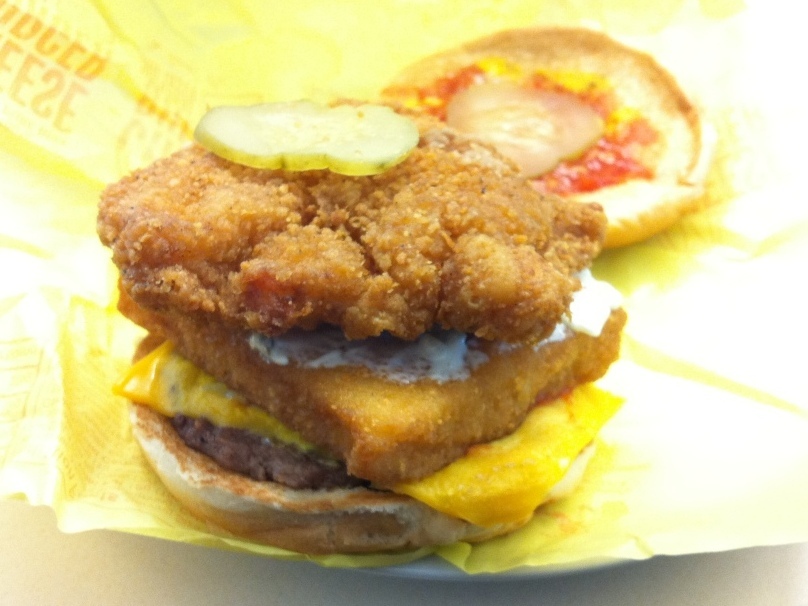 Eva: I can't tell which meat is which.

Ian: Yeah, it's hard to tell what my body is violently rejecting. 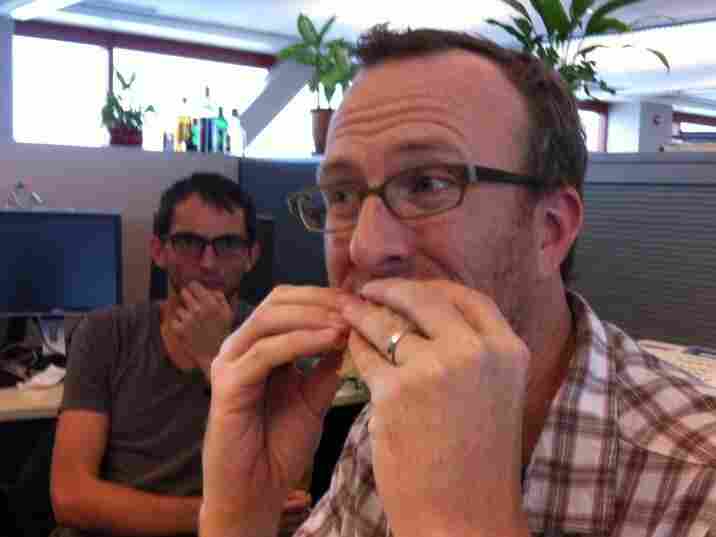 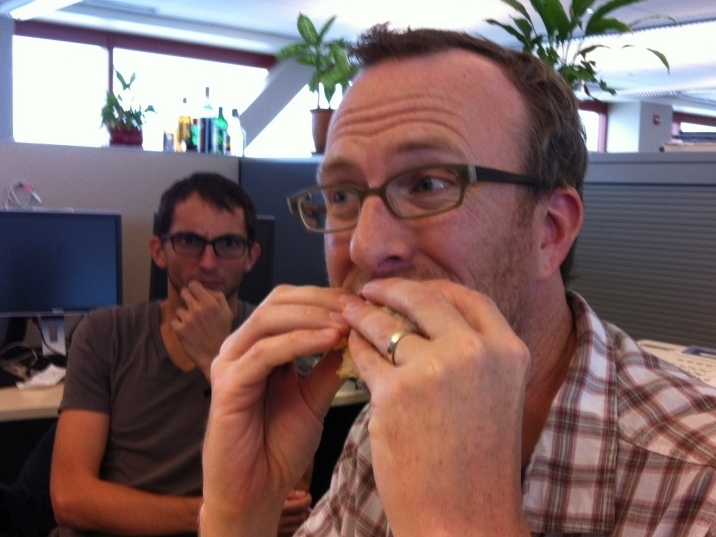 Ian: It's getting pretty crowded in the Occupy Sesame Seed Bun Protest.

Mike: I believe this sandwich was prophesied in the bible. "And the wolf shall dwell with the lamb, and the cheeseburger shall lie down with the McChicken." 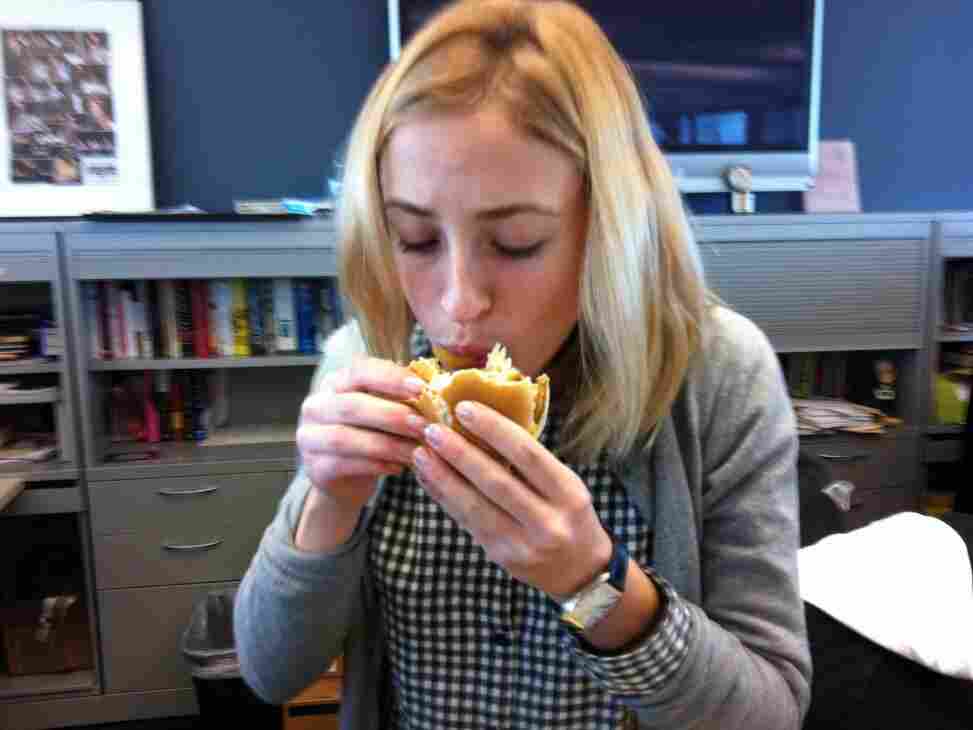 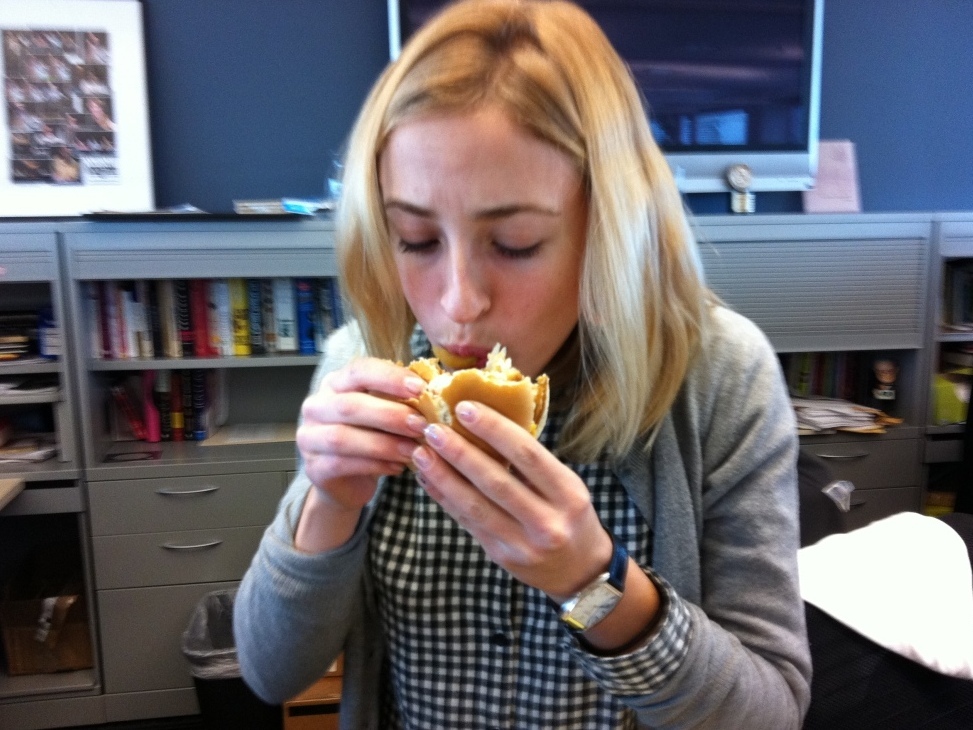 Robert: Just as the various branches of the Armed Forces are charged with defending our liberty, these three McDonalds meats are there to preserve our obesity. 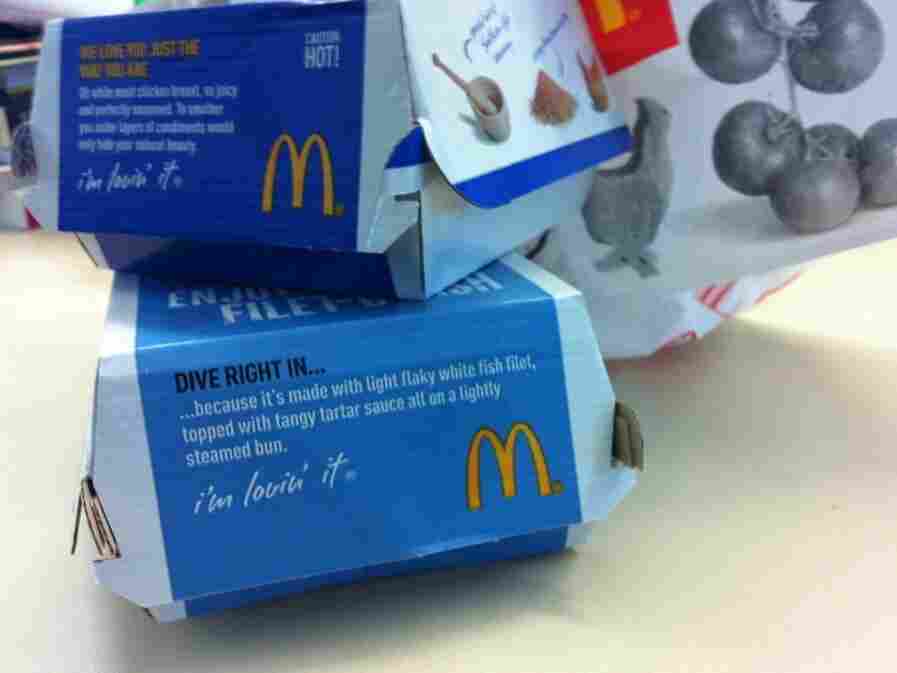 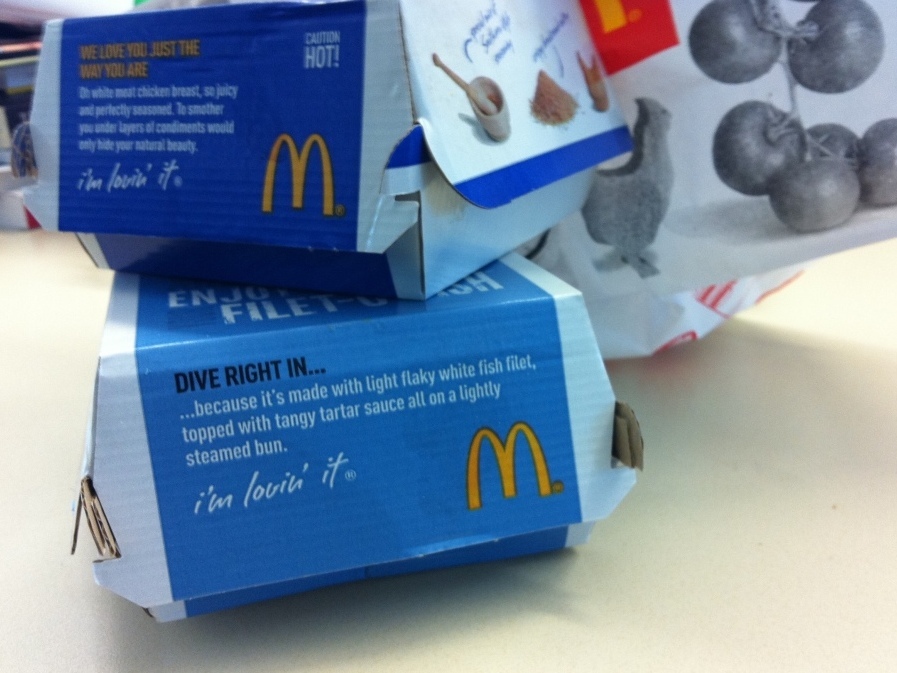 Ian: I was hoping eating this would give me the powers of each of the animals. But so far all I've got is the Filet O' Fish's inability to breathe on land.

Mike: You know, Rick Perry tried making this sandwich, but kept forgetting the Department of McChicken.

[The verdict: Honestly, I haven't been this afraid of a sandwich since the Arby's Big Stabber. Don't eat this. No one should eat this. These patties were kept separate for a reason.]