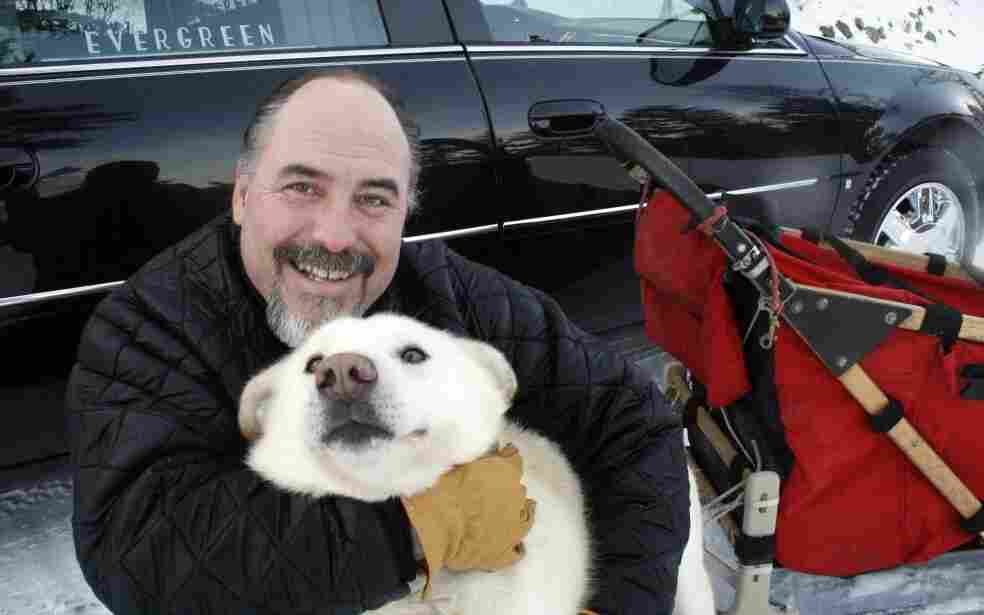 Iditarod Trail Sled Dog Race rookie Scott Janssen, known as the "Mushing Mortician," of Anchorage, Alaska, poses for a photo with one of his pet dogs. Mark Thiessen/AP hide caption 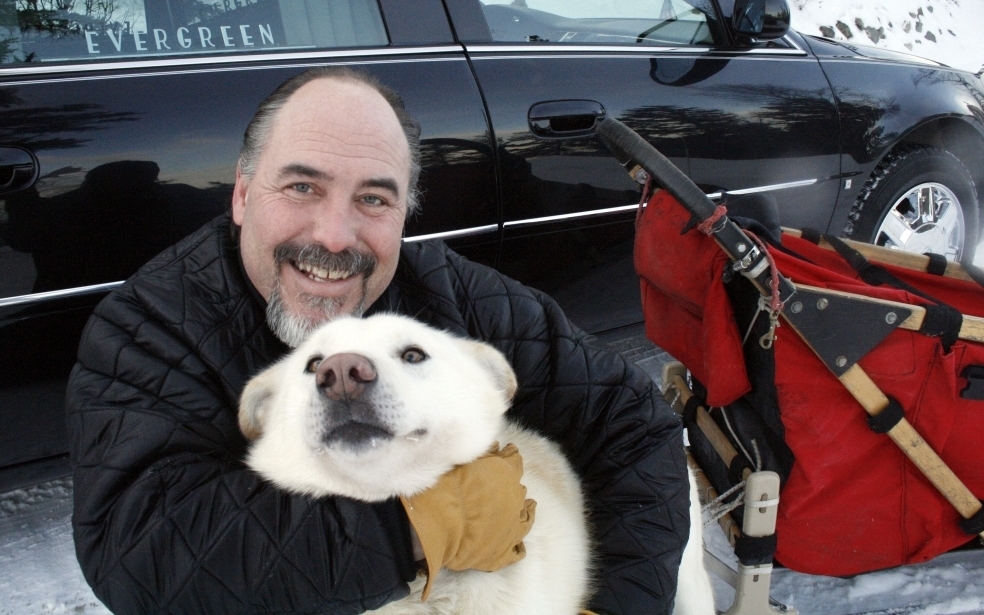 Iditarod Trail Sled Dog Race rookie Scott Janssen, known as the "Mushing Mortician," of Anchorage, Alaska, poses for a photo with one of his pet dogs.

From our "How To Do Everything" podcast:

Scott Janssen crossed the finish line of the Iditarod sled dog race on Friday afternoon, one dog short. He had hoped Marshall, who'd been with Janssen since he was a puppy, would be there.

See Video Of 'The Mushing Mortician' And The Dog He Saved March 9, 2012

They call Janssen "The Mushing Mortician," because when he's not racing the Iditarod, he owns a funeral home. A few days before the finish, he and his dogs were headed down a treacherous part of the course, the Dalzell Gorge. It was snowing, and the dogs were doing what they often do: dipping into the snow to hydrate as they run along. Everything was normal, until Marshall fell over.

"He must have packed his snout with snow when he [dipped]," Janssen says. "Much like when people are in an avalanche."

Janssen stopped his sled and ran to Marshall.

Janssen closed up Marshall's mouth, and sucked the snow out of his snout. He then started breathing into his nose, and giving him chest compressions, as his other dogs watched and whined.

"I remember so vividly my tears dripping down on his snout as I looked up at the sky and I said 'Please God, please let him come back,'" he says. "I looked at Marshall, I breathed in his nose again, and I'm like 'Dude, please come back, please come back.'

"I did one more chest compression, one more breath into his nose, and he coughed back out, I mean, right into my mouth. Now it might sound disgusting to people, but it was the most joyous sensation ever," Janssen says.

Janssen and the other dogs rushed Marshall to the next Iditarod checkpoint in Rohn, Alaska, where the veterinarians checked him out. They're not sure exactly what happened to him out there, but they say he's going to be OK. He's resting at Janssen's home in Anchorage, awaiting the return of the human who saved his life.