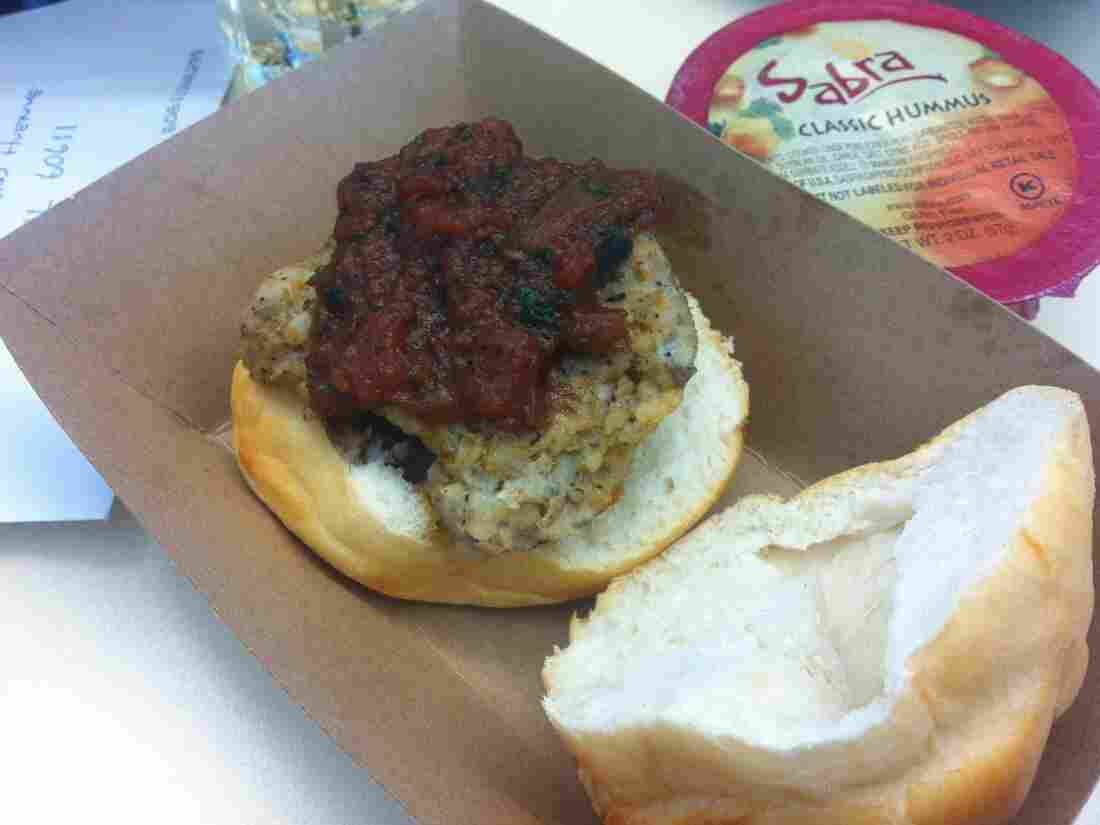 An Asian Carp Slider. With a side of hummus, for some reason. NPR hide caption 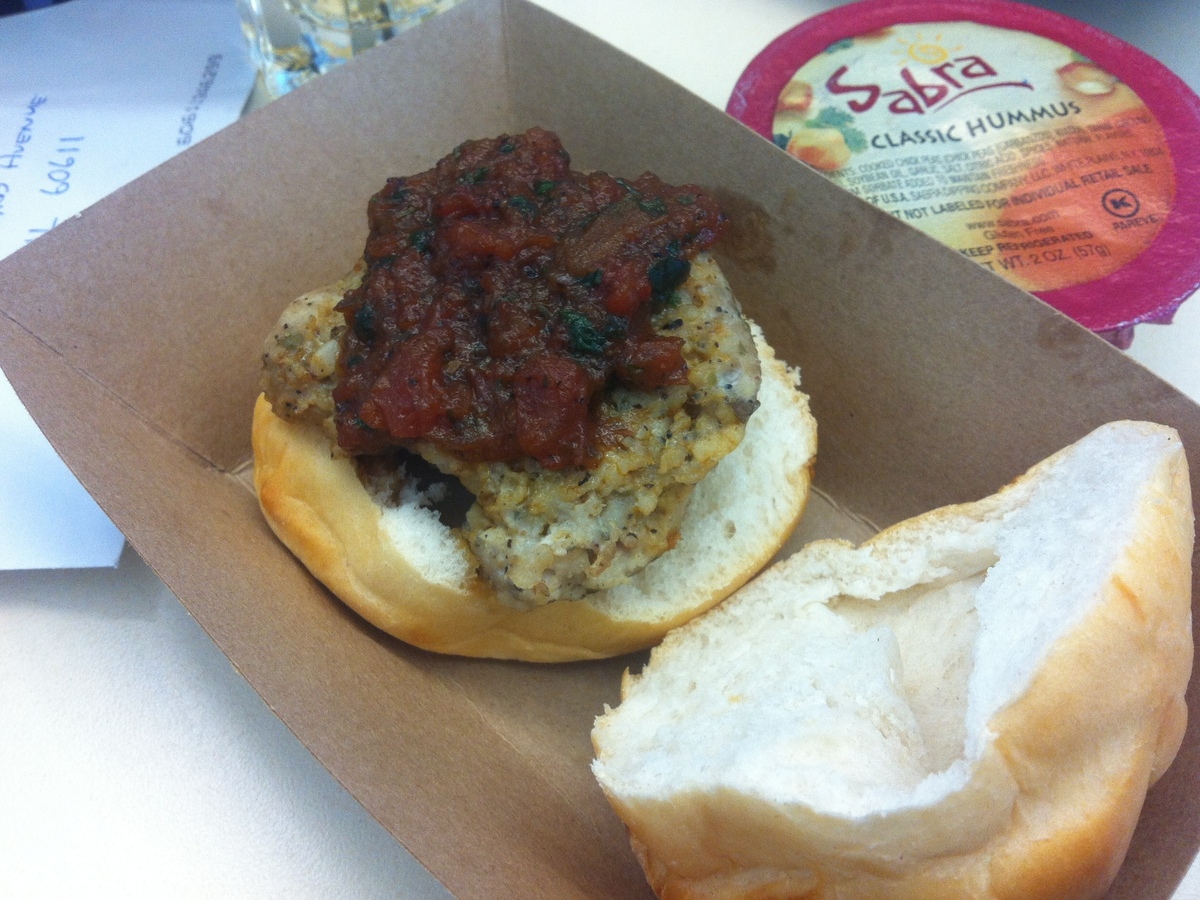 An Asian Carp Slider. With a side of hummus, for some reason.

The Illinois Department of Natural Resources has been battling the invasive asian carp species for decades, and they're nasty little buggers. But the DNR had an idea: Free Asian Carp Sliders! They gave them away at an event here in Chicago, and we'll eat anything.

Eva: Pretty gross, but better than the bedbug tacos they offered up last year.

Ian: Why couldn't we have an invasive bacon problem? 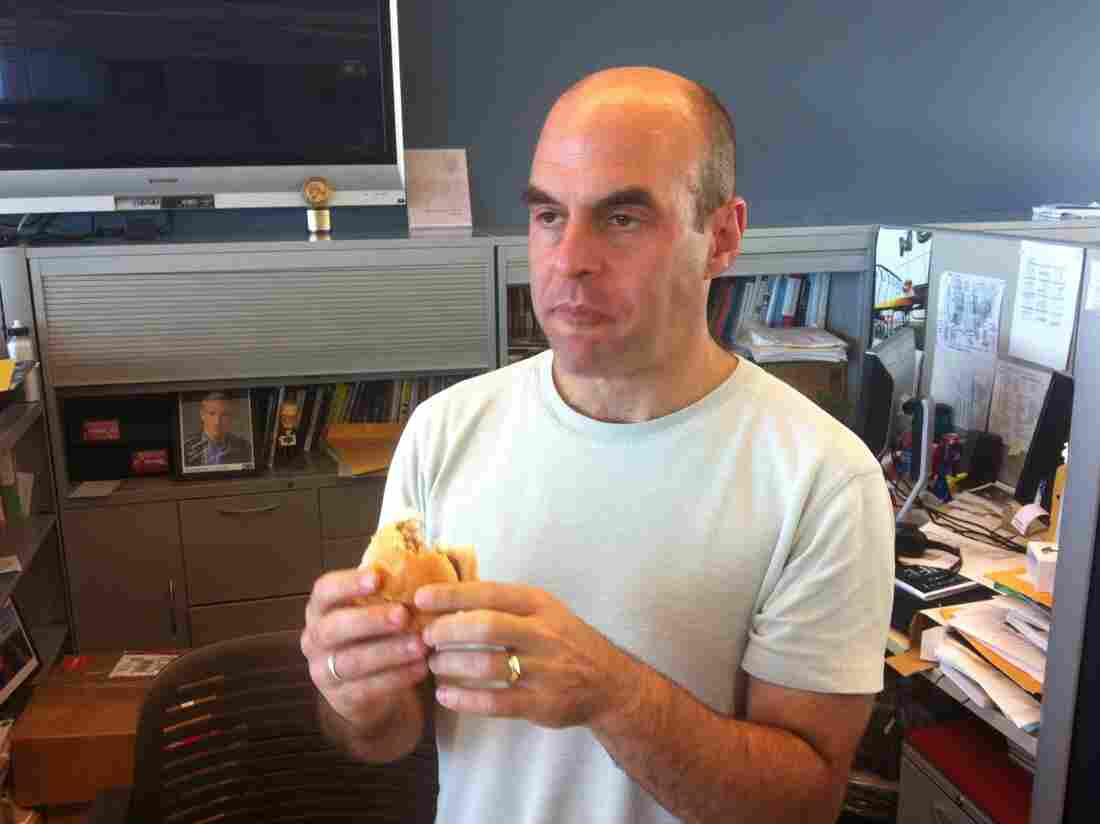 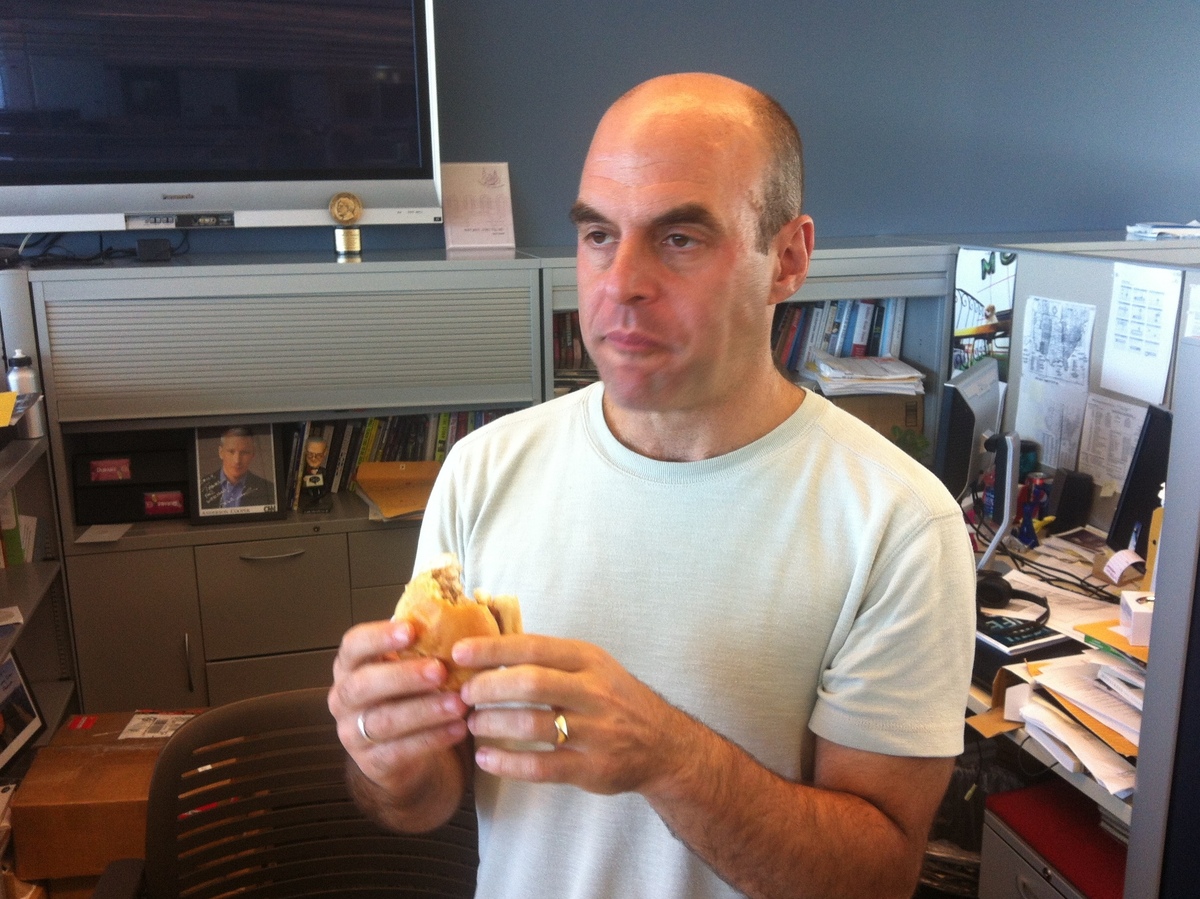 Blythe: I just want to know why these carp are taking all our jobs and what the candidates plan to do about it.

Peter: Yeah. Somewhere, there's an unemployed tuna saying "damnit, I should have been ground up, breaded and fried! This used to be my country!" 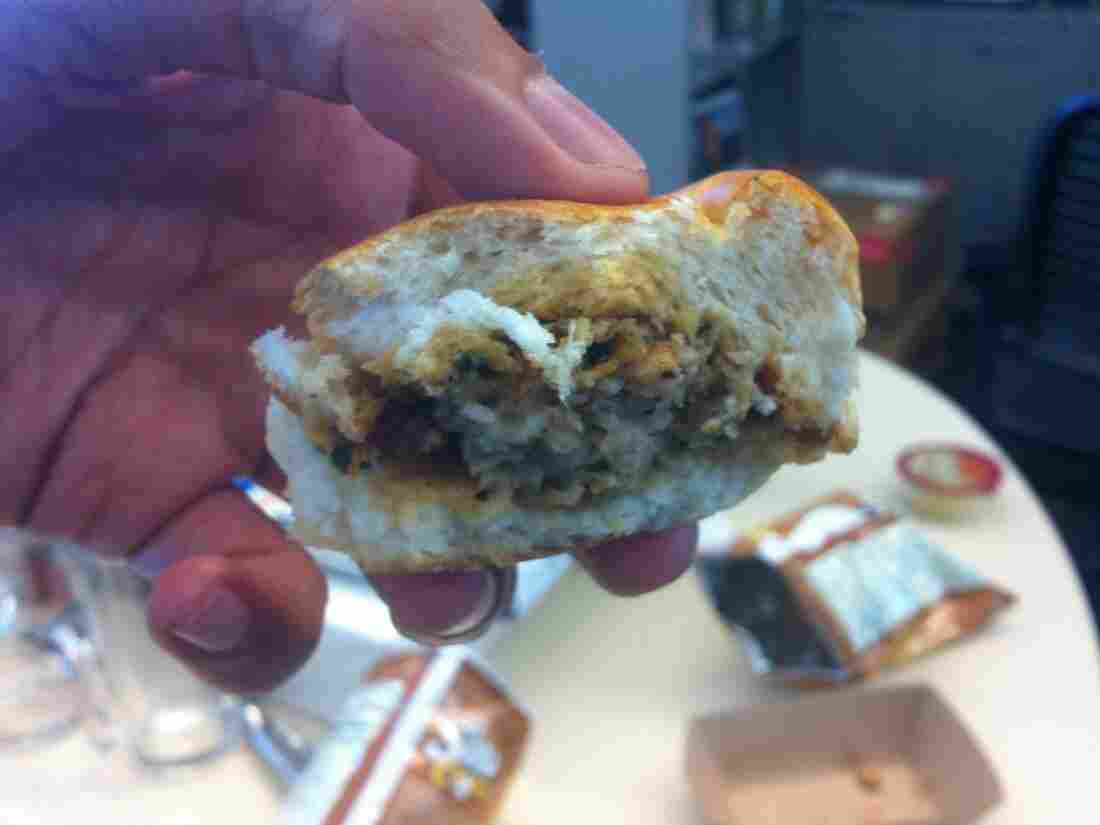 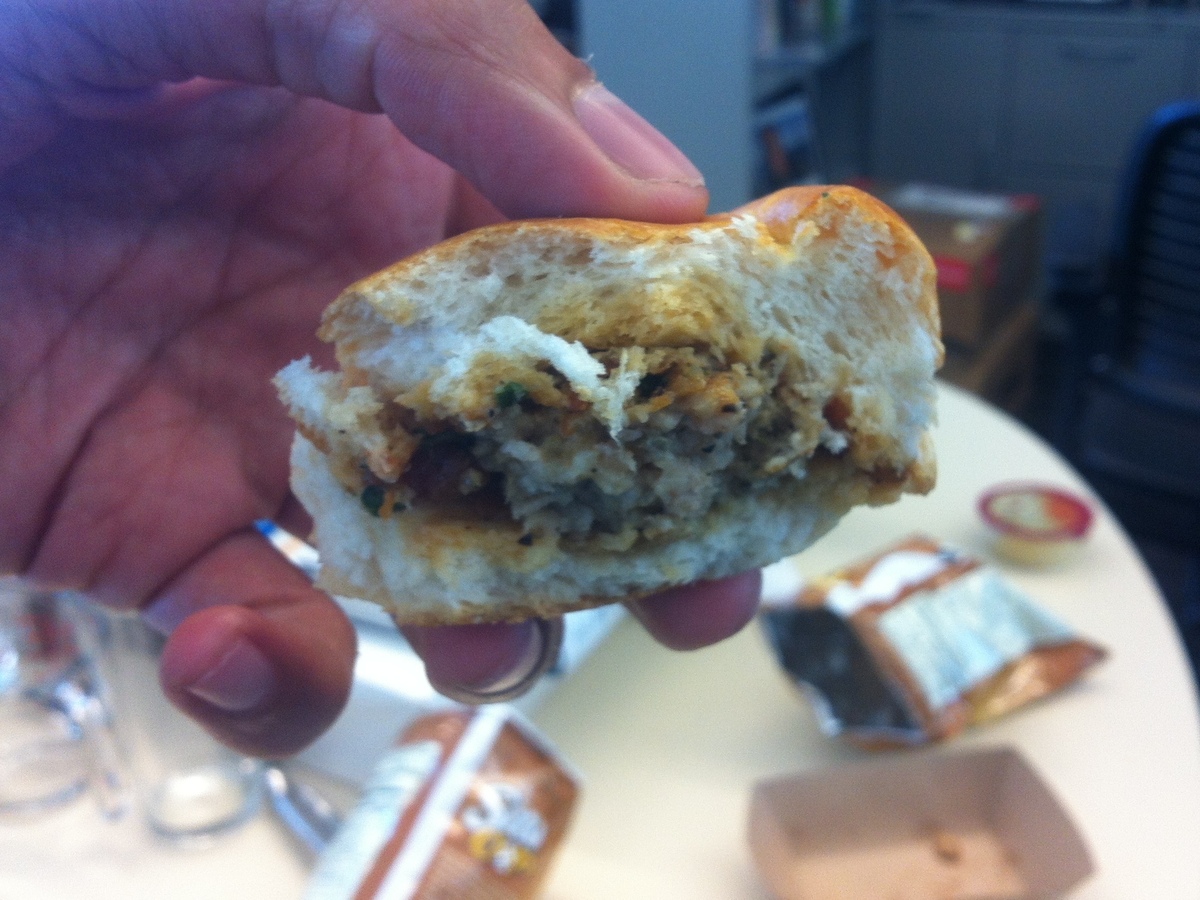 Ian: They can't really expect we'll eat these. Maybe they're just hoping word will get around to the other asian carp that we're loco.

Peter: I actually like this. I could save an entire riparian ecosystem myself, given enough tartar sauce. 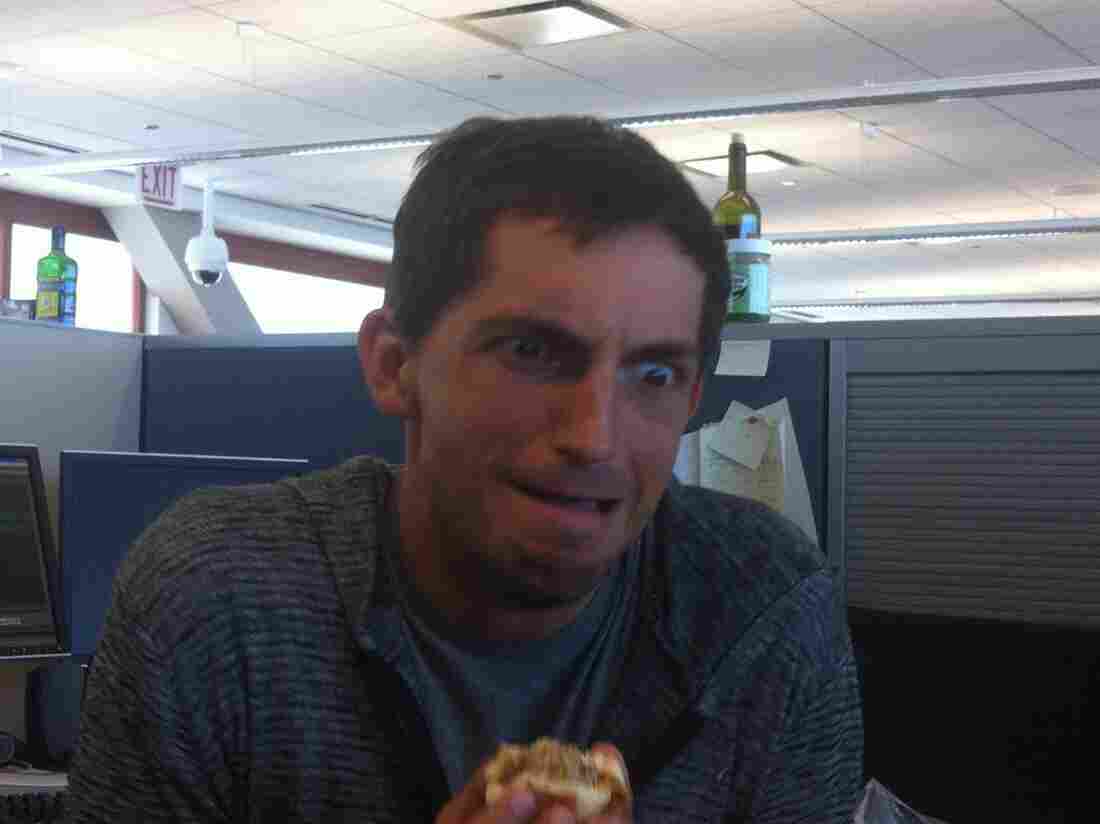 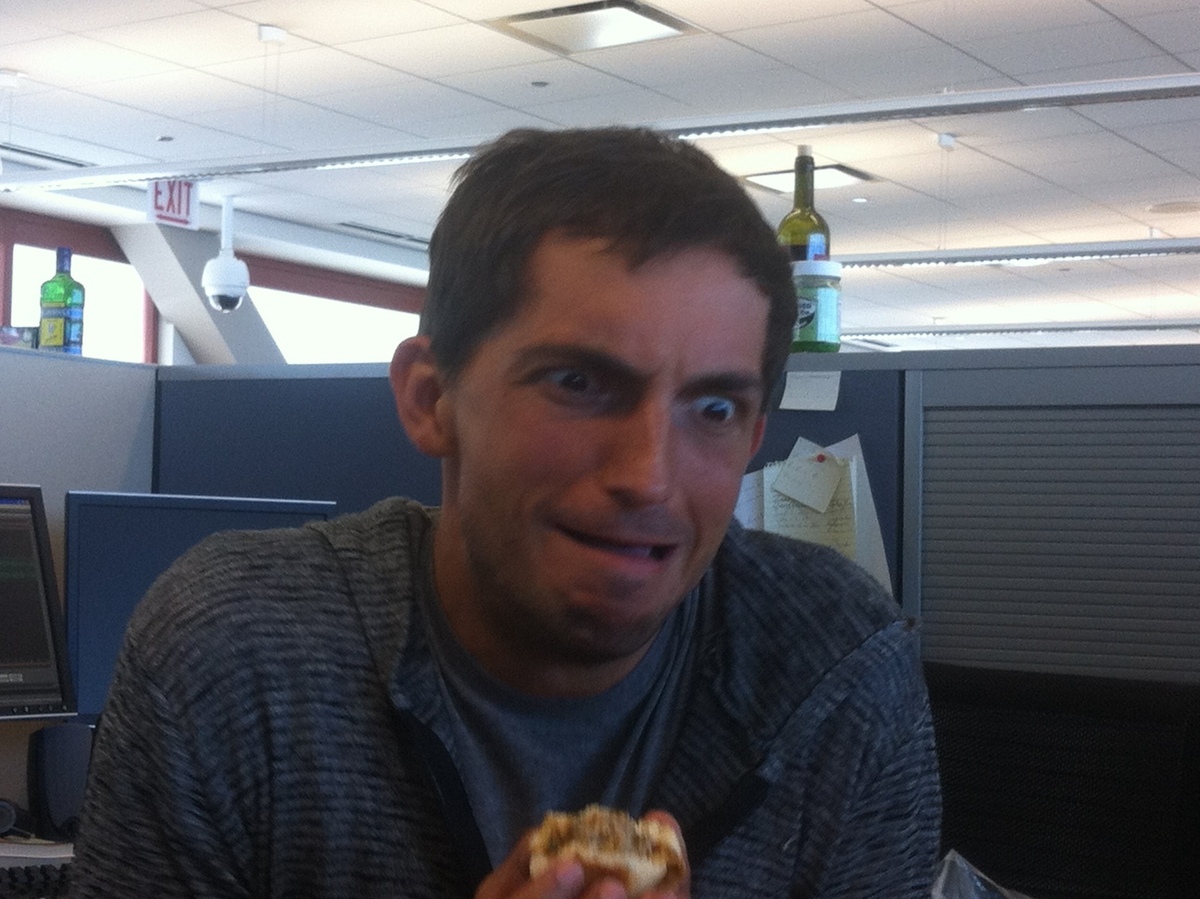 Ian does his best "Robert Face."

Blythe: Sliders are so 2011. Should have made asian carp macaroons.

Ian: If they want to solve the problem, they need to make it all you can eat. That's how Olive Garden stopped the invasive breadstick epidemic. 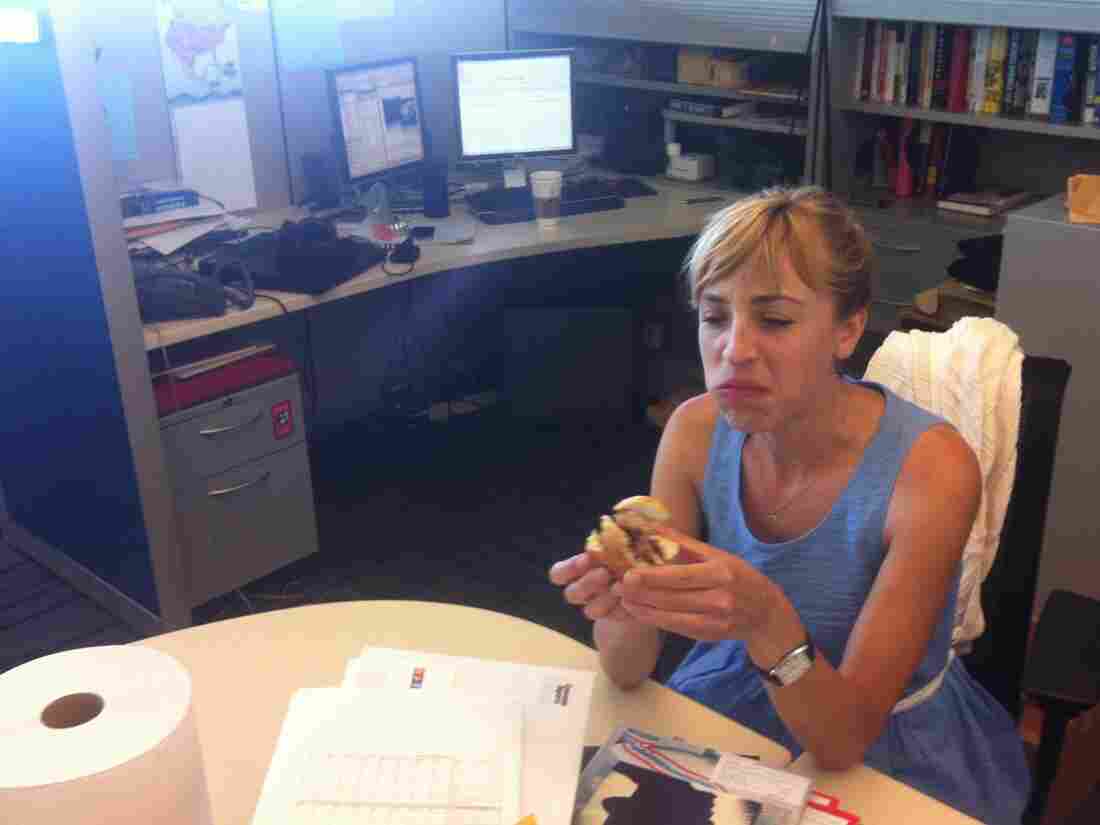 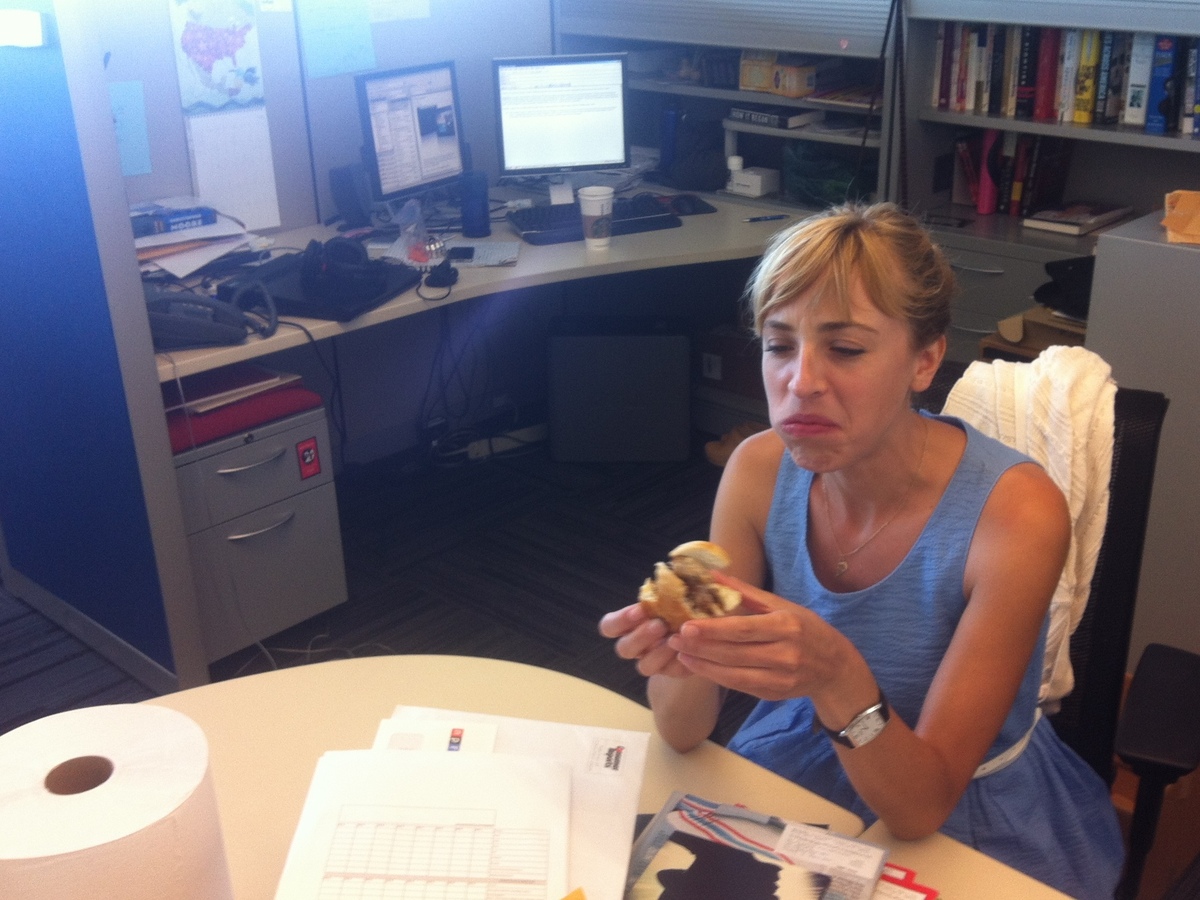 Robert: The DNR had such success with this, the highway department will be serving up the Roadkill Hoagie next week.

Eva: It really is invasive. Every time I take a bite, ten new asian carp sliders appear on my plate.

[The verdict: everybody thought it was pretty gross, except for Peter, but I think his sense of duty to the Great Lakes is coloring his impressions a bit.]