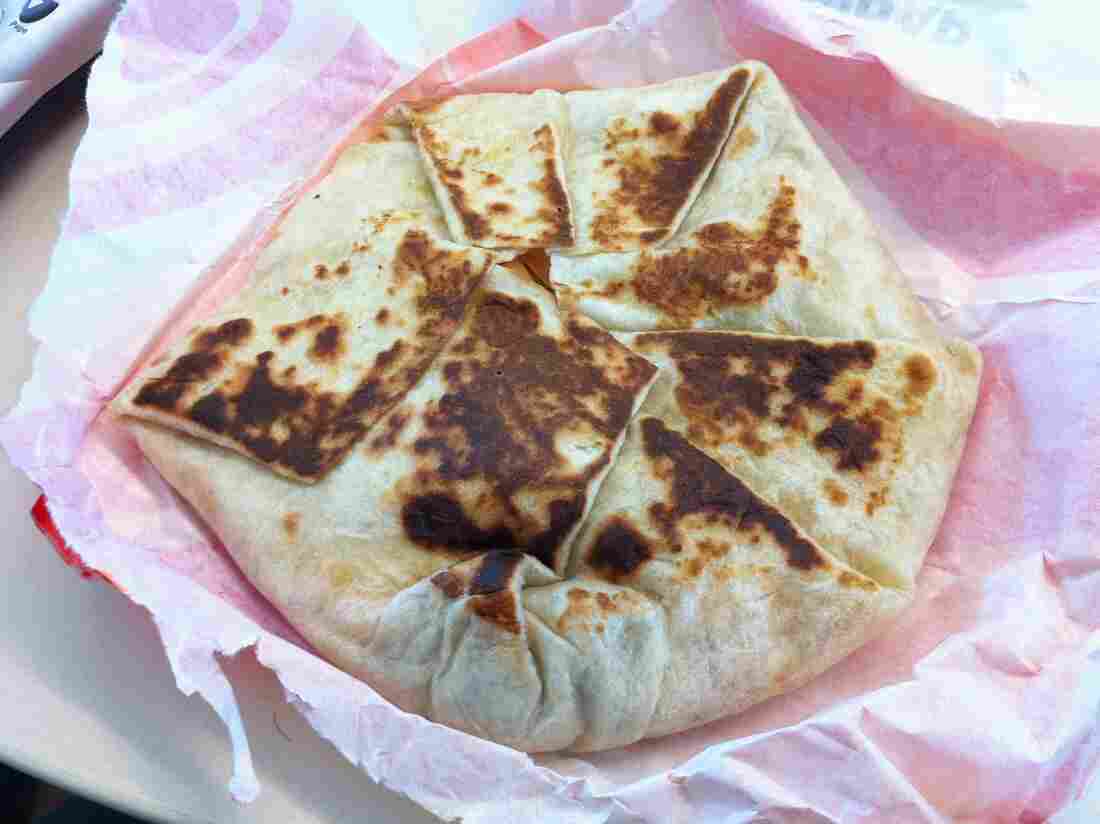 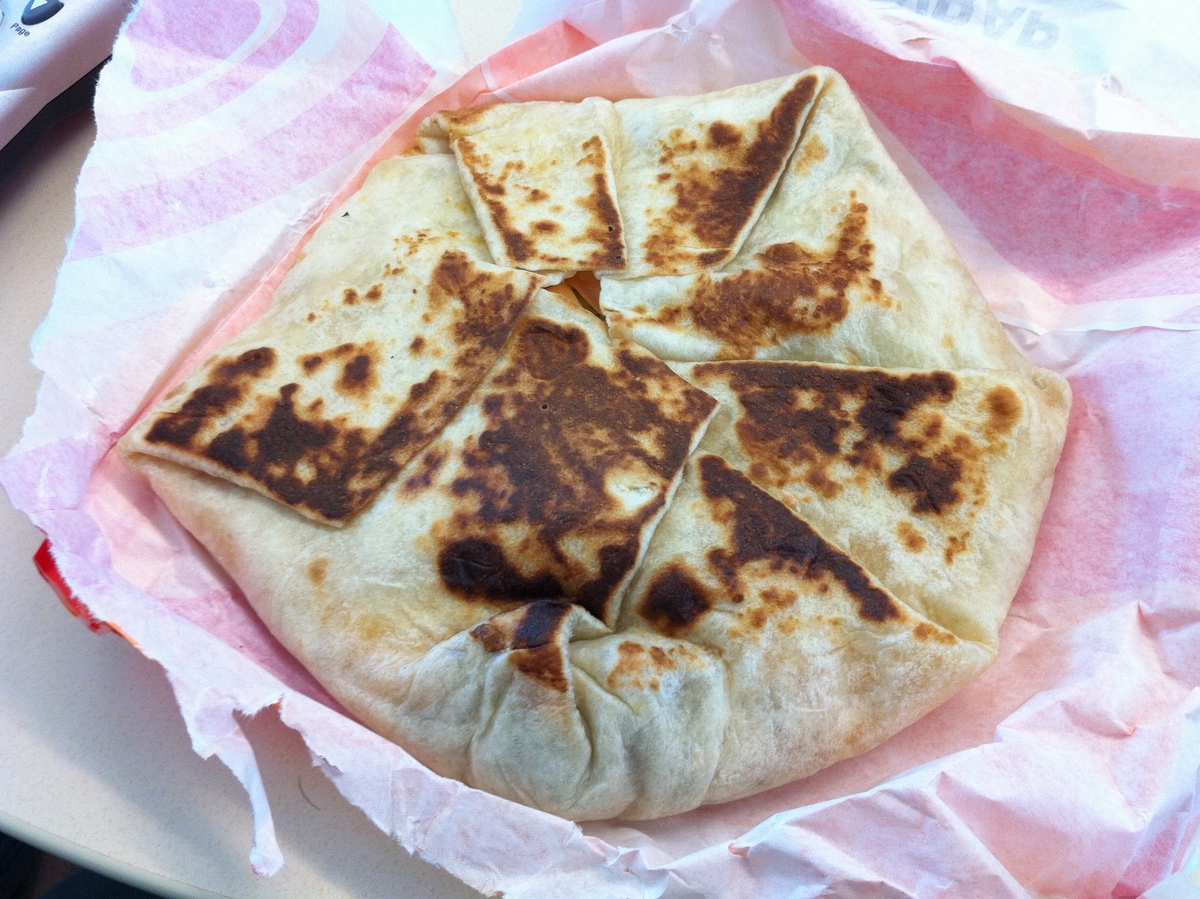 The Taco Bell Crunchwrap Supreme is, in the words of Taco Bell, engineered "for maximum portability." In truth, their short-lived "Back Pocket Chalupa" was more portable, but also more tragic.

MacKenzie: It looks like a frisbee. Maybe that's what the portability is about.

Robert: They need to make one in boomerang form, for people who don't want to share. 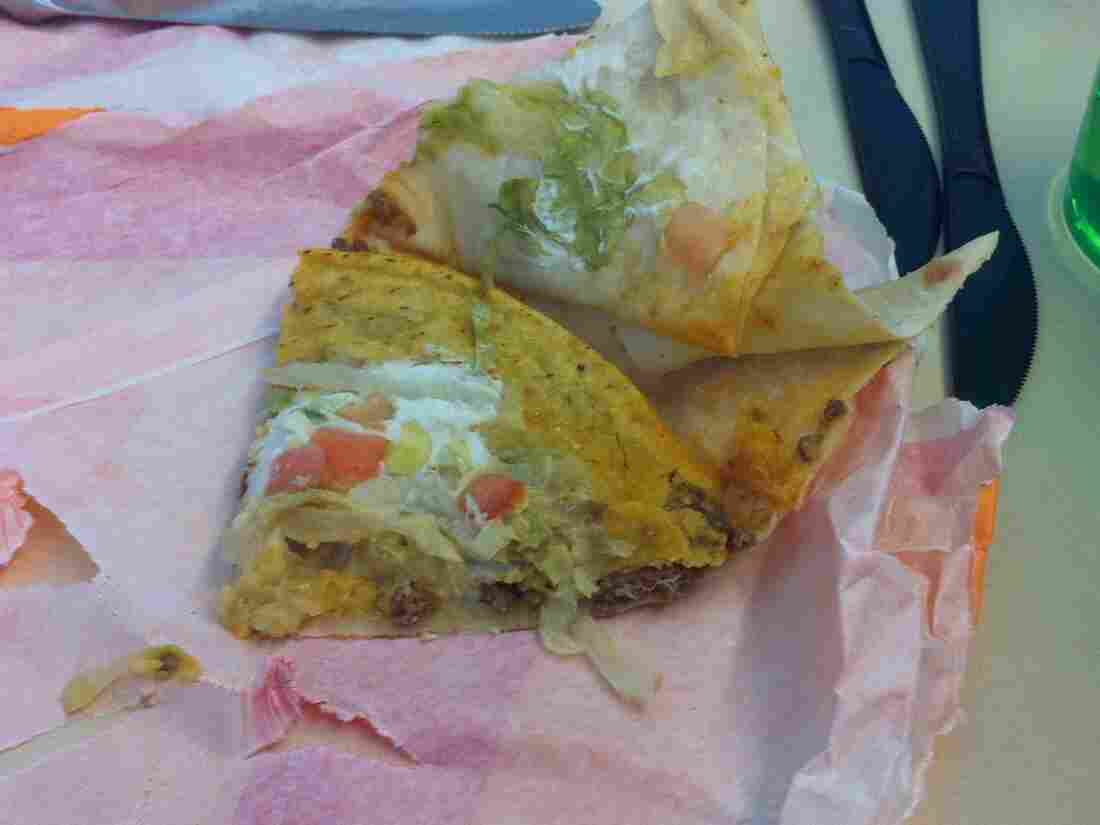 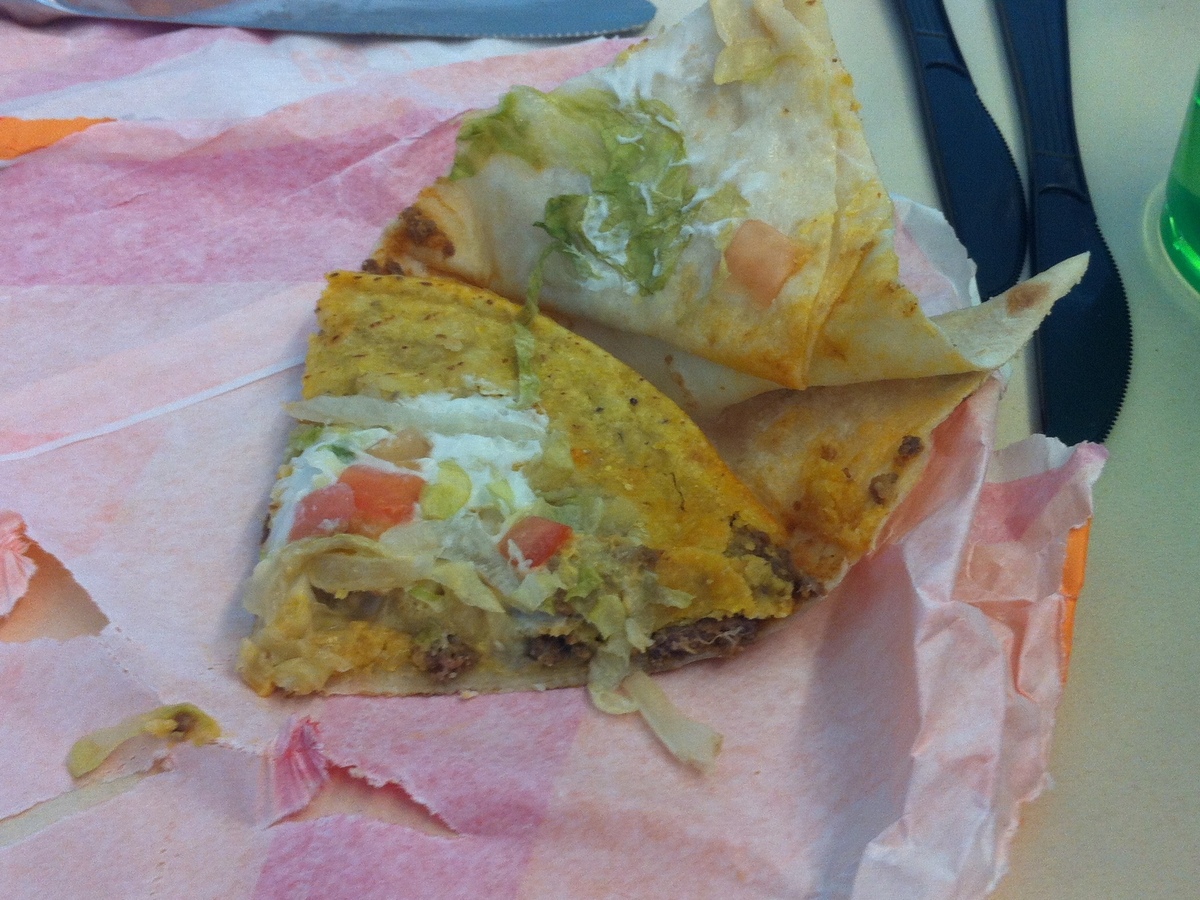 Ian: It has a tostada inside, for structural integrity.

Peter: That's the first time anyone has ever talked about "integrity" describing this food. 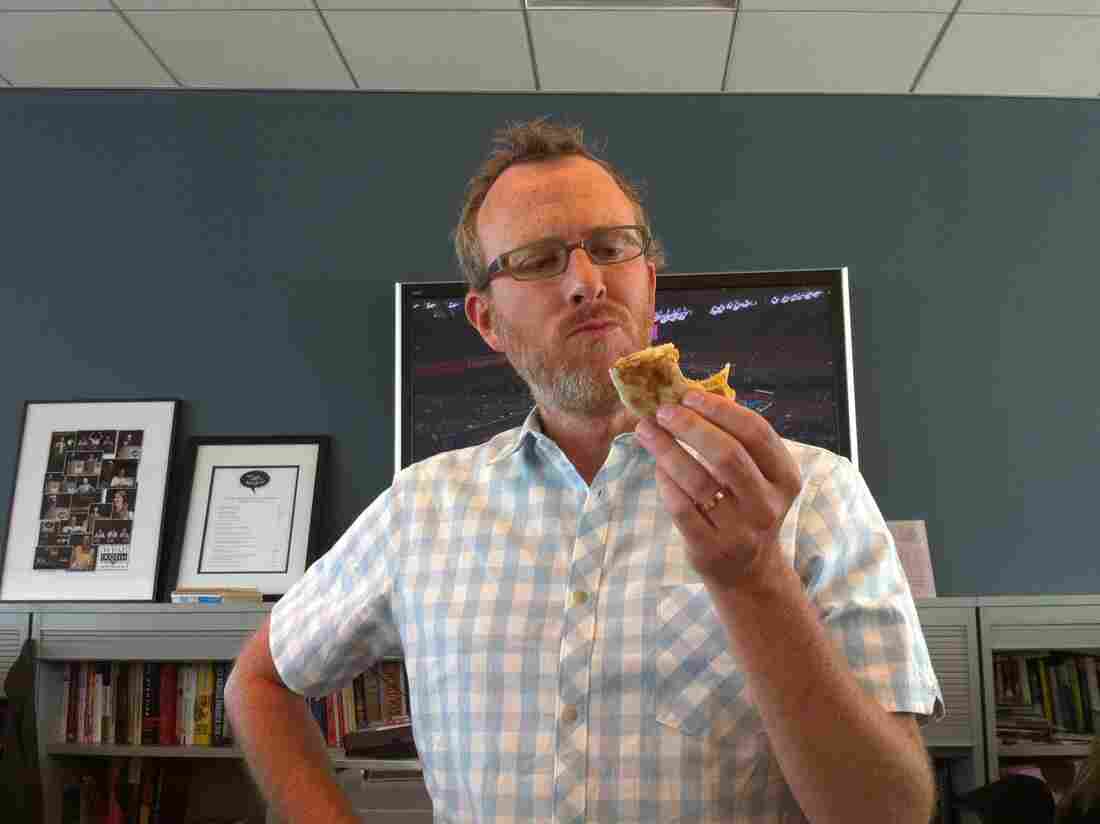 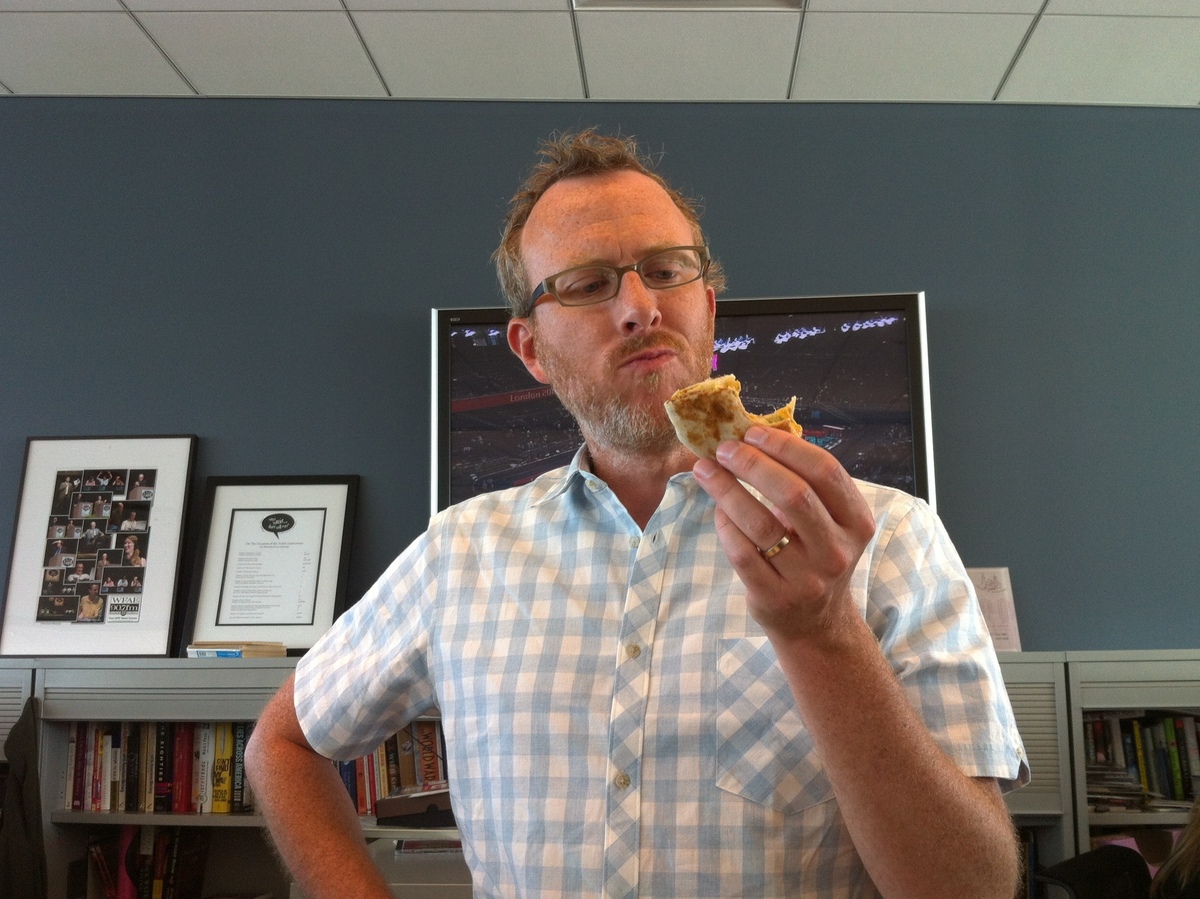 Peter: It's a little floppy. Are you sure you didn't get the Taco Bell Limpwrap Supreme?

Mike: You know, its octagonal shape says "stop," but I'm going ahead with this anyway. 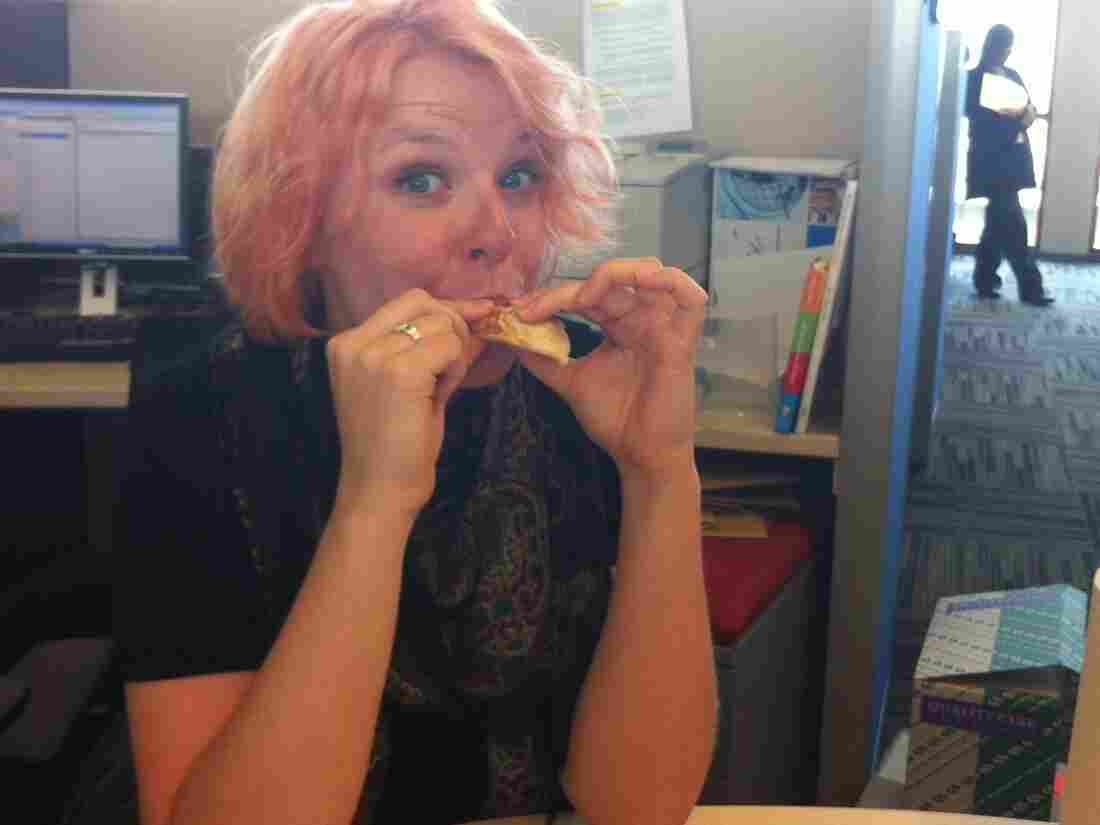 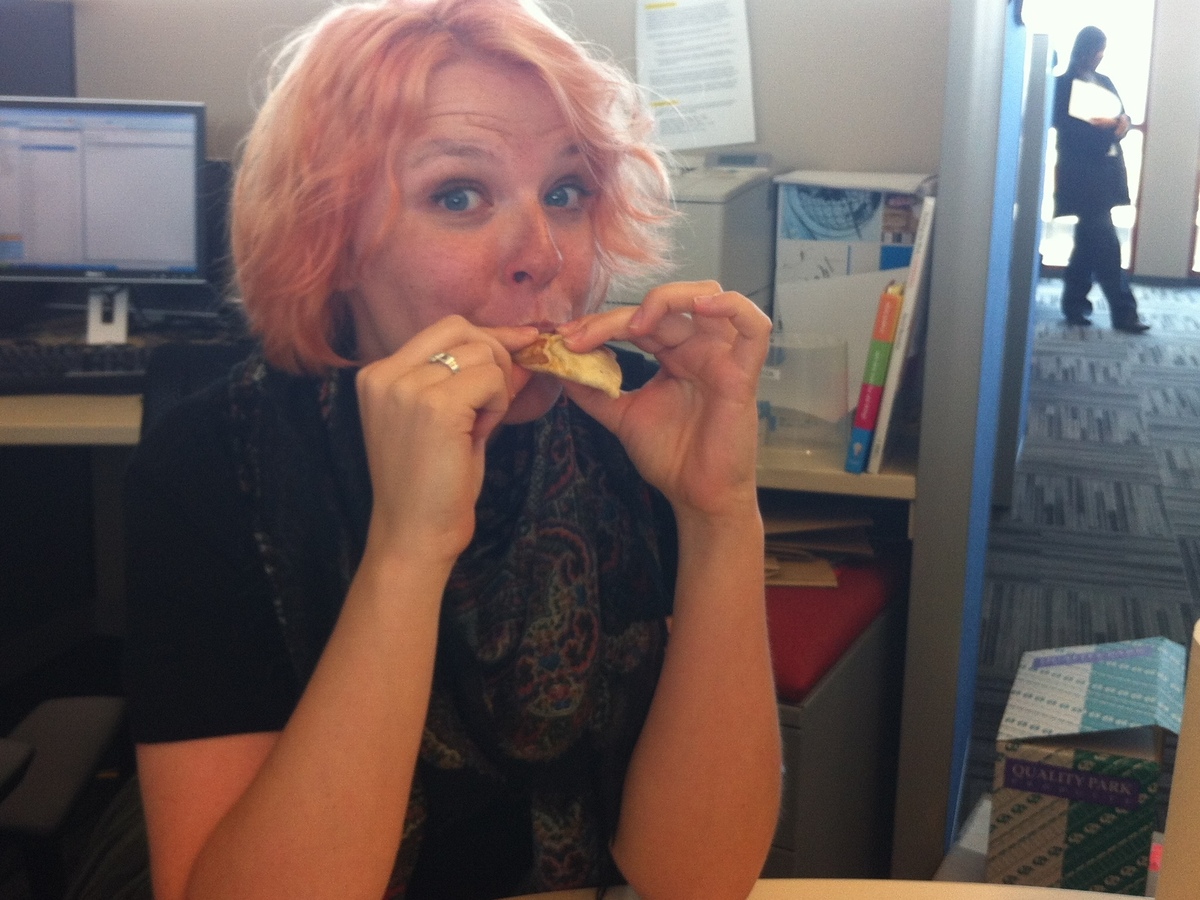 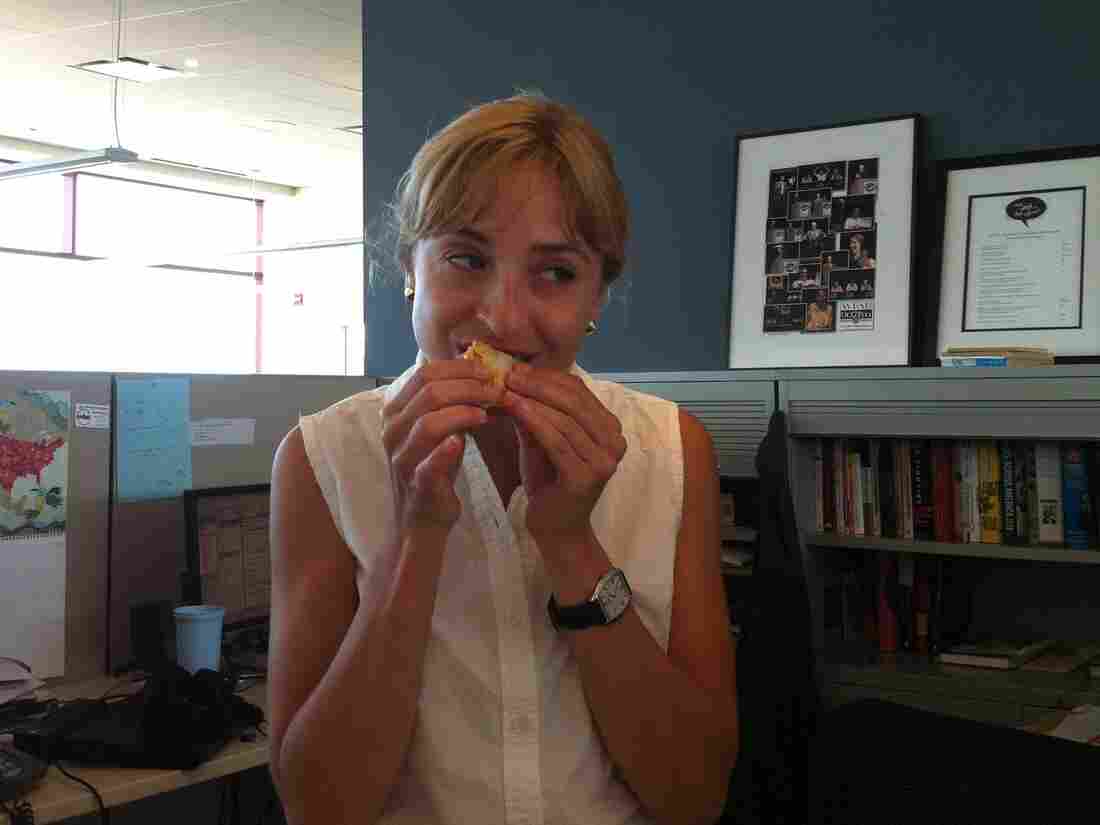 Eva thinks about all the wonderful places she could take this incredibly portable food. NPR hide caption 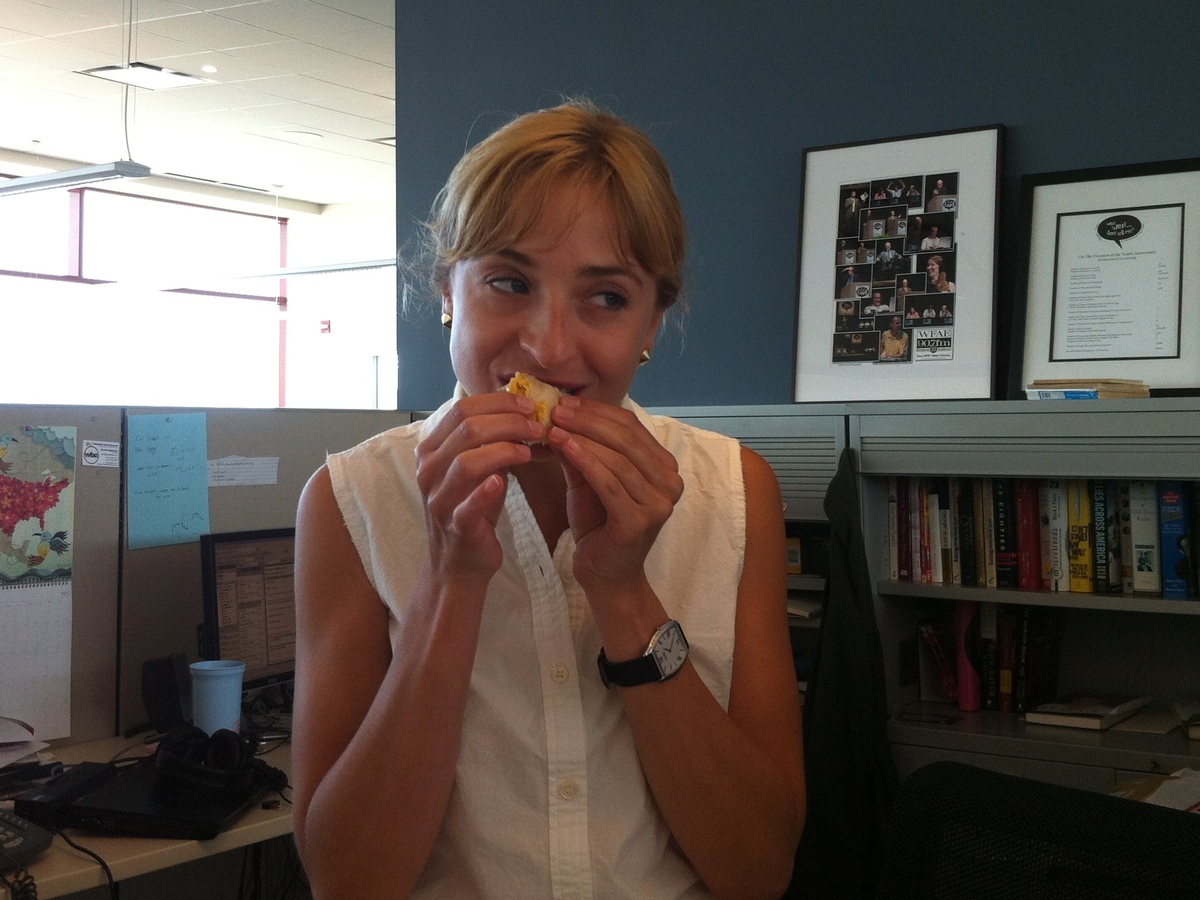 Eva thinks about all the wonderful places she could take this incredibly portable food.

Ian: If they really want to make it portable, it needs a cupholder.

Eva: I bought one of those arm pouches so I could carry my Crunchwrap while jogging.

[The verdict: It tastes like all other Taco Bell food and is in a different shape.]