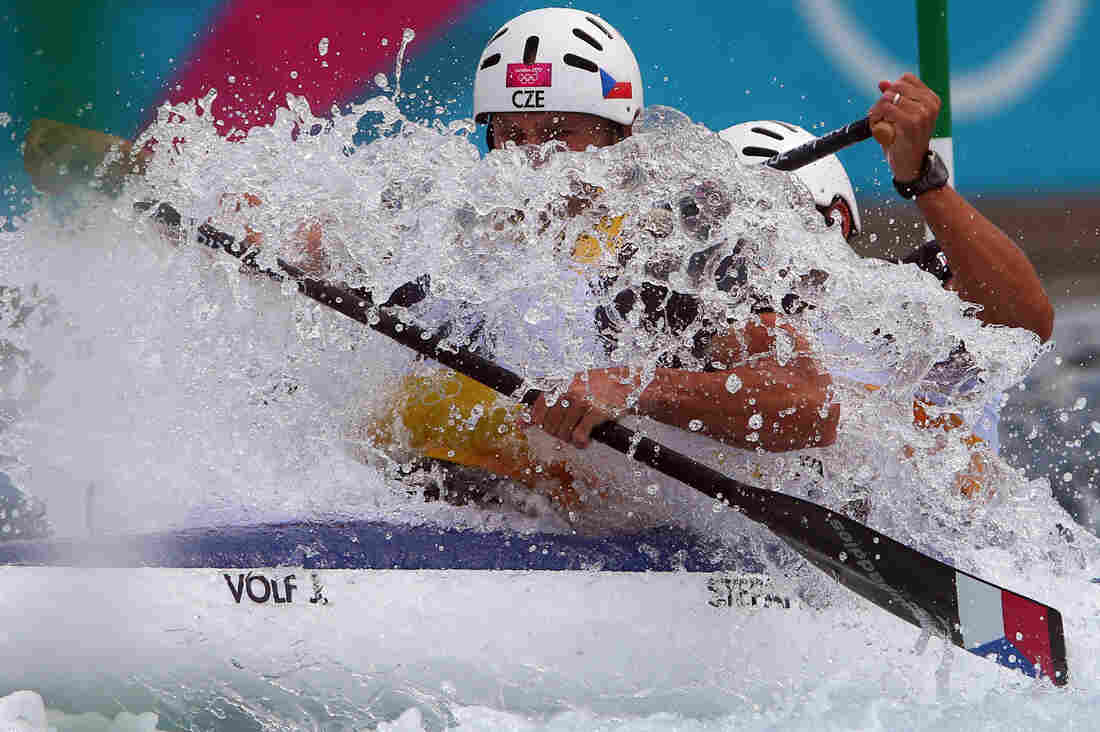 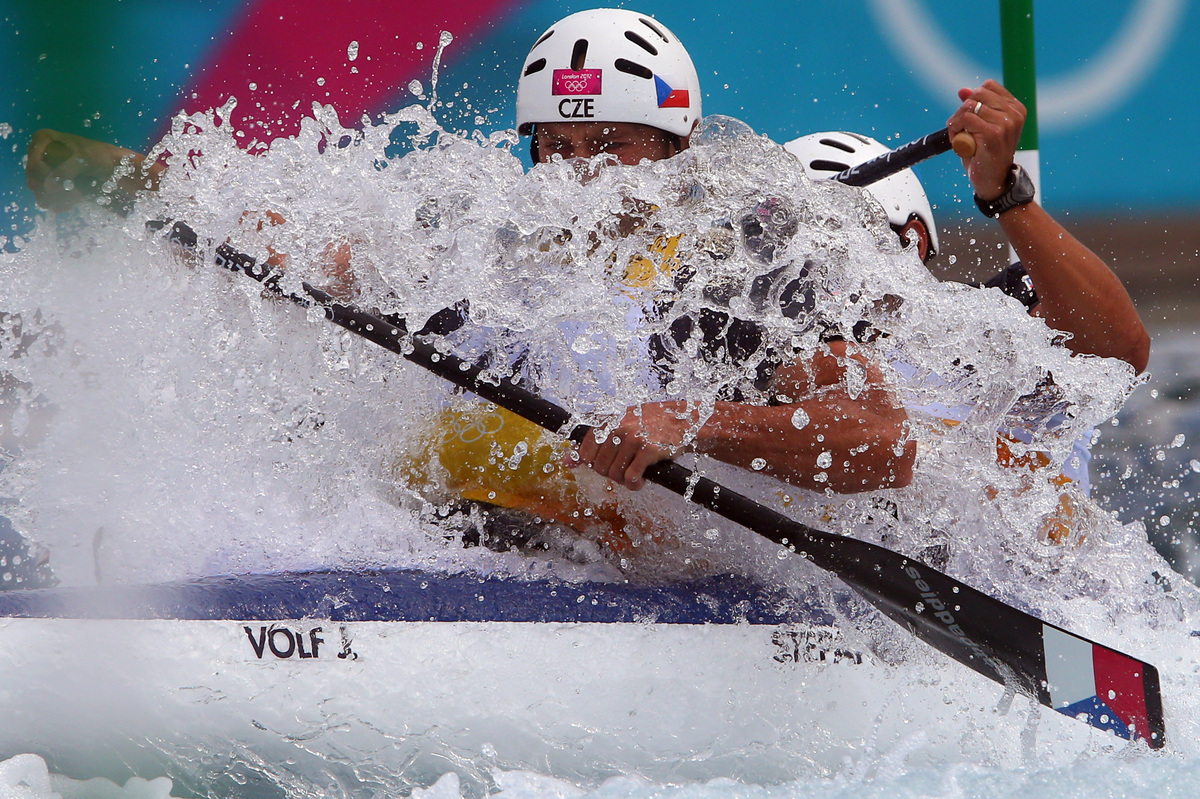 Canoe Slalom, a sport which exists.

The 2012 Olympic Games are in full swing! None of us here at "Wait, Wait" have any prayer of ever being involved in the Games, unless they make watching the Olympics a competitive sport. We could probably medal in that. So, in honor to obtain the Olympic glory we have always dreamed of, we are forced to create our own games here in the office, with events like....

Ian: What made the Opening Ceremonies so significant is it was the first time anybody had to pluralize "Mary Poppins." Is it Mary Poppinses?

Diving into a pop culture story

Peter valiantly fights to not feature Kristen Stewart in Who's Carl This Time? He does not medal in this sport.

Whenever the Olympics are mentioned, Peter always pipes up, "There are some really obscure sports out there! Like handball!" Handball is apparently the most obscure Olympic sport Peter can think of. He obviously doesn't realize canoe slalom exists.

Mike and Ian spend ten minutes fighting, first with each other for the remote, then with the TV trying to tune into the opening ceremonies. When the TV refuses to cooperate, they promptly give up, and call for help. They would not make great Olympians.

When Danny Boyle said that his opening ceremonies would be a celebration of all things British, we spent a good ten minutes listing what things might be featured: marmite, Downton Abbey, rain, the Queen's corgis, fish and chips, and Mr. Bean. At the end, we gave ourselves a medal for not making a single bad teeth joke.

Every Thursday, we arrive at the theatre at approximately 7:15, and the show starts at 7:30. Meaning what follows is a contest to see who can snarf down dinner the fastest.

But until they create an Olympics for the extremely unathletic, we will be forced to satisfy our unattainable Olympic dreams by awarding ourselves medals in our own sports. The next two weeks should be exciting – Peter is disqualified for insensitive tweeting, and Carl parachutes in to the show on Thursday.