Accessibility links
Sandwich Monday: The Energy Bar Sandwich : Wait Wait ... Don't Tell Me! Some members of the Sandwich Monday crew are doing a 5K tonight. To get ready, we made a sandwich comprised entirely of energy bars and gels. It adds up to 1,200 calories, more than twice that of a Big Mac. 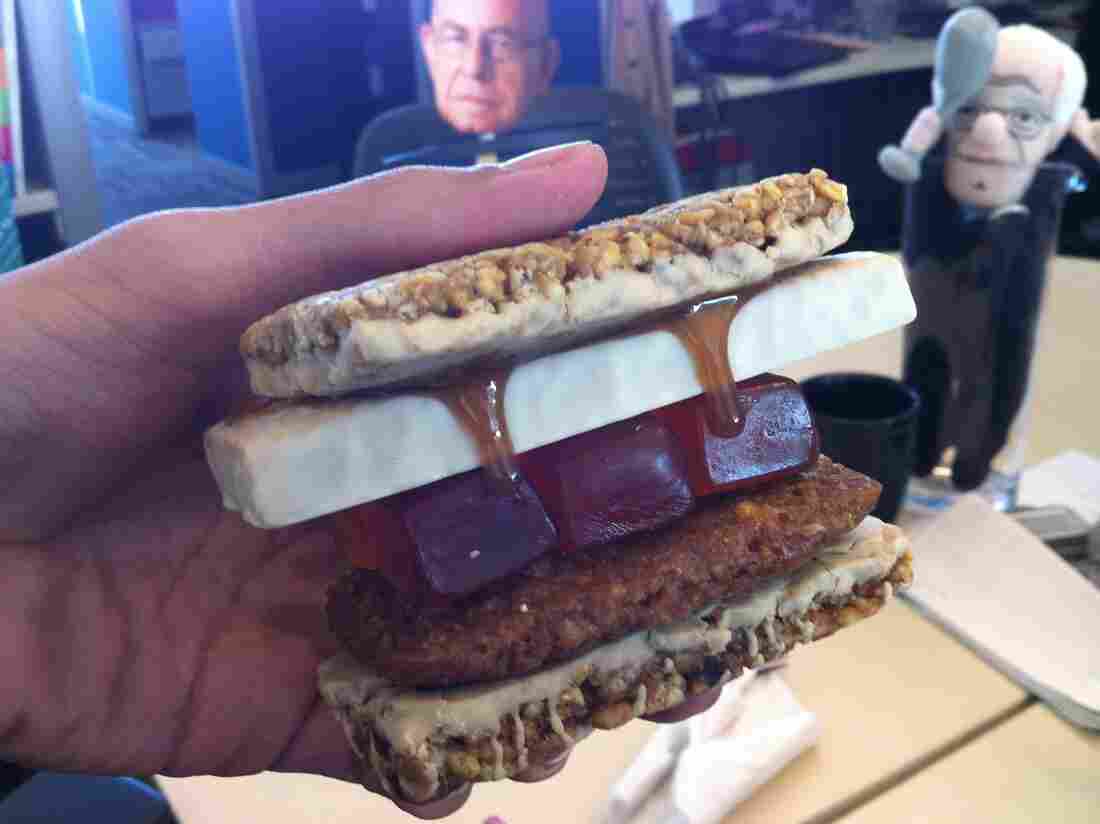 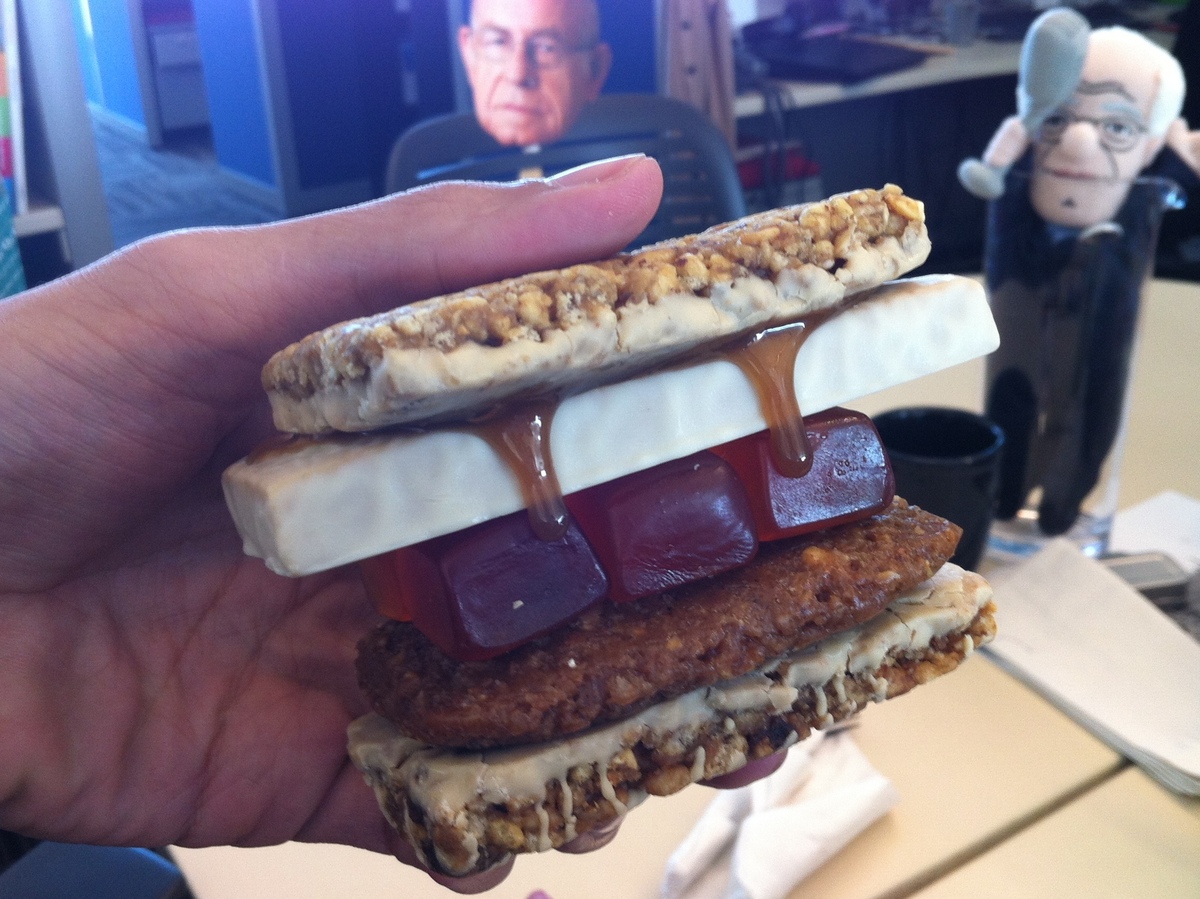 A few of us are doing a 5K tonight (burger-themed, of course), and rather than doing any training whatsoever, we're getting ready with our very own Energy Bar Sandwich. Luna Bar bread, a Clif Bar patty, topped with a Powerbar, carbohydrate goo and something called Clif Shot Bloks. It adds up to 1,200 calories, more than twice that of a Big Mac.

Eva: It's effective though, because after eating this, the only way to undo the damage is to run a marathon. 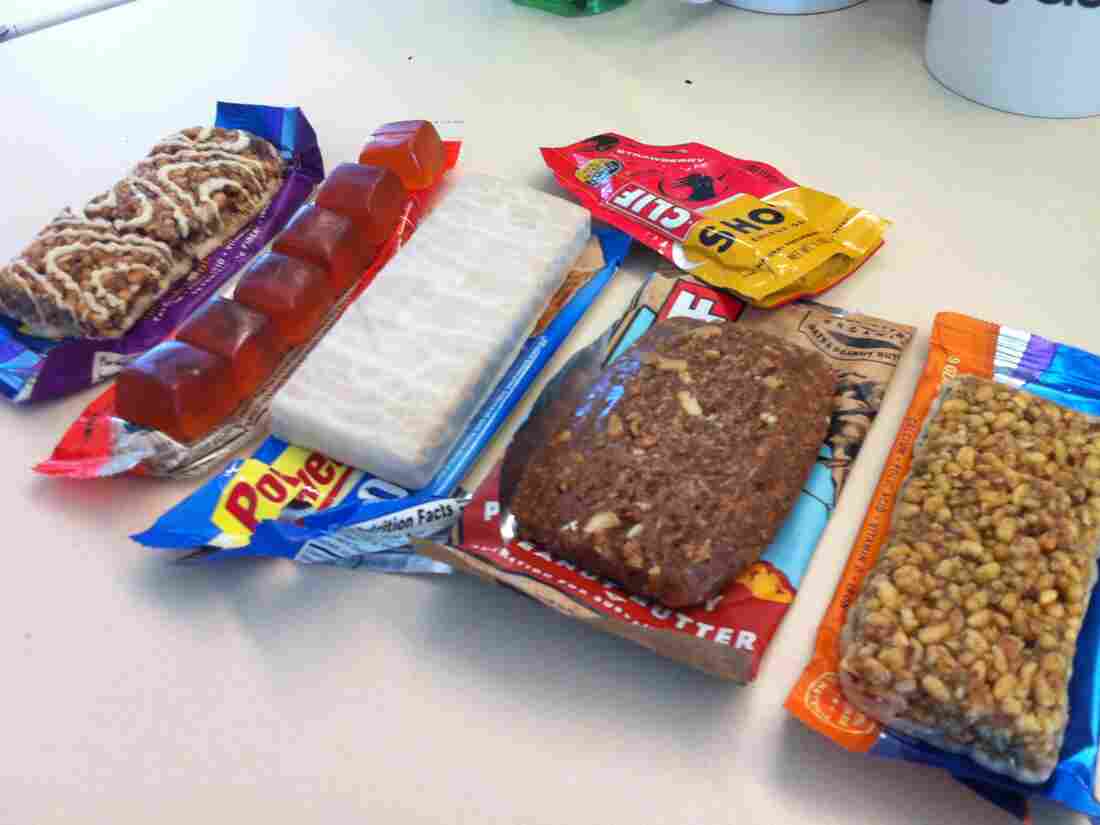 These are food. NPR hide caption 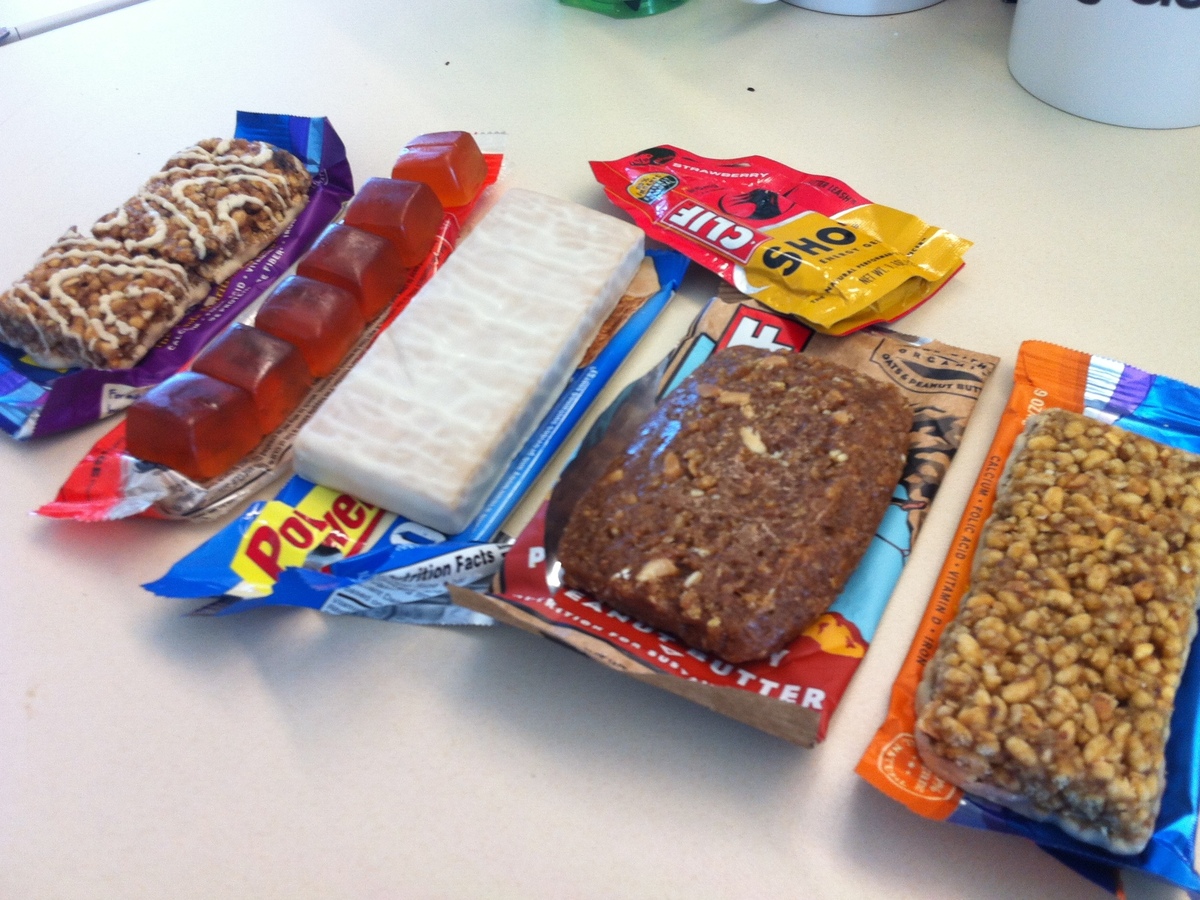 Robert: I never thought I'd be able to run a marathon, but after eating this I'm pretty sure I'm going to sink 26.2 miles into the Earth's crust.

Blythe: This reminds me of when I ate an entire turkey before that Turkey Trot.

Ian: This is the perfect thing to eat before my new workout program, "Crossfat." 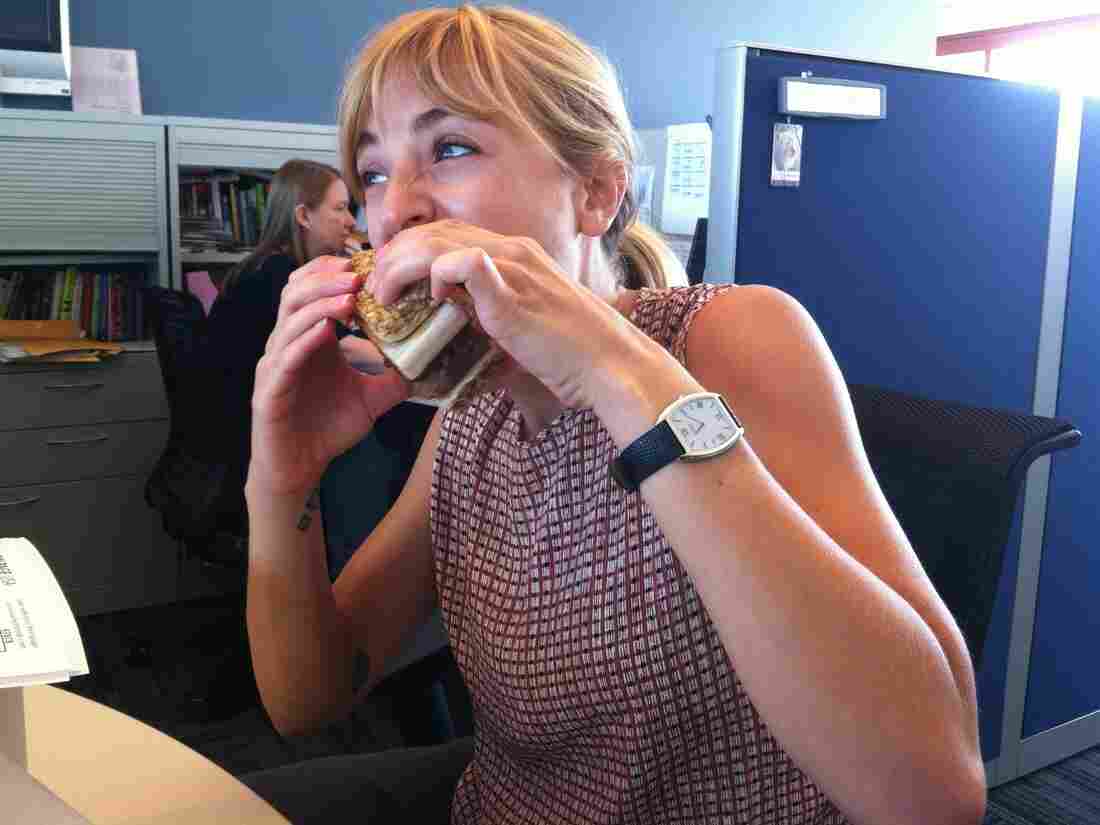 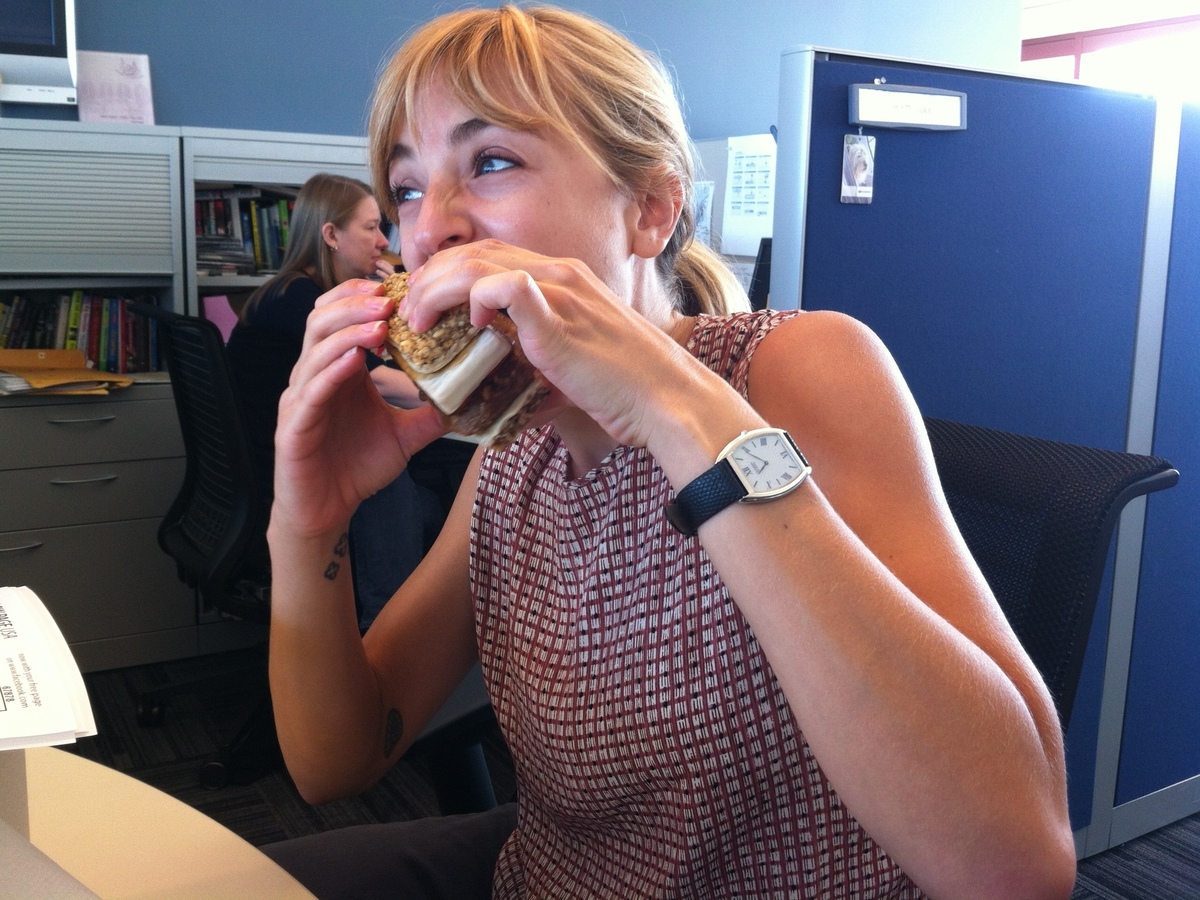 Eva tries to try it.

Ian: Are these Clif Blok things supposed to be like Jello? Somewhere, Bill Cosby is mopping up his tears with a hilarious sweater.

Eva: Does this count as doping? I'm worried someone's going to take away my last place medal if they find out I lost because I ate this. 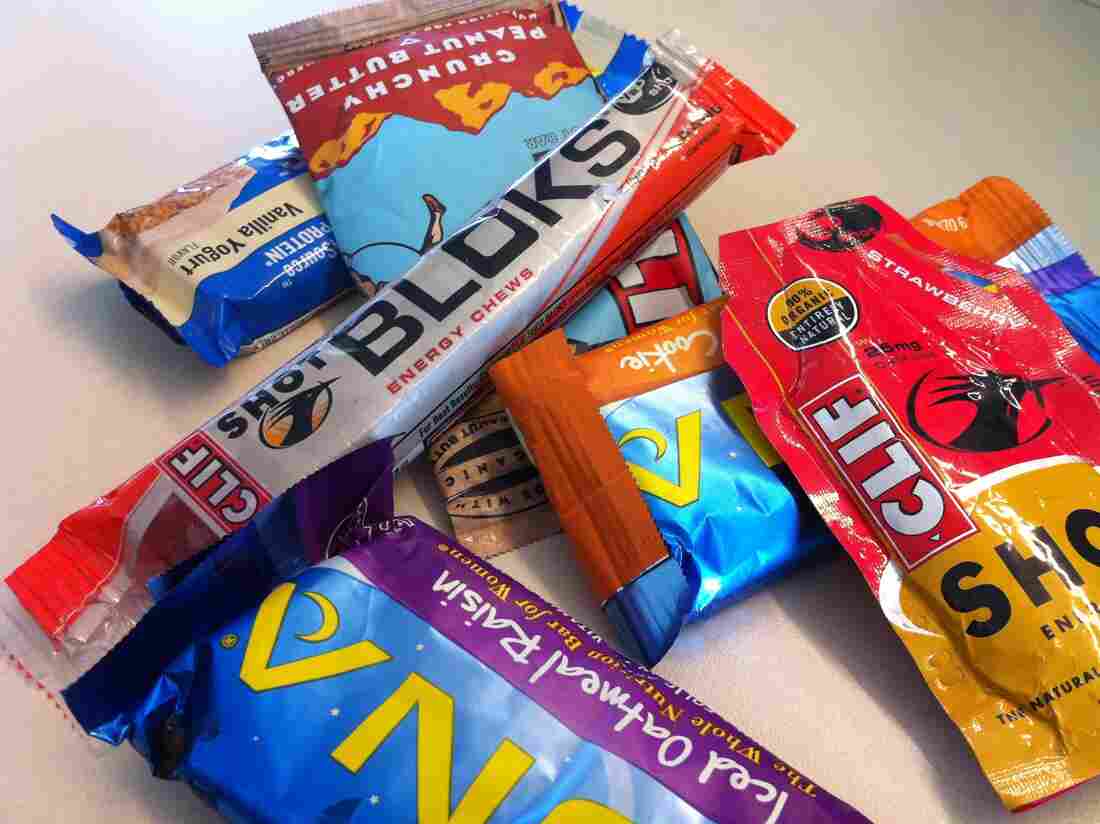 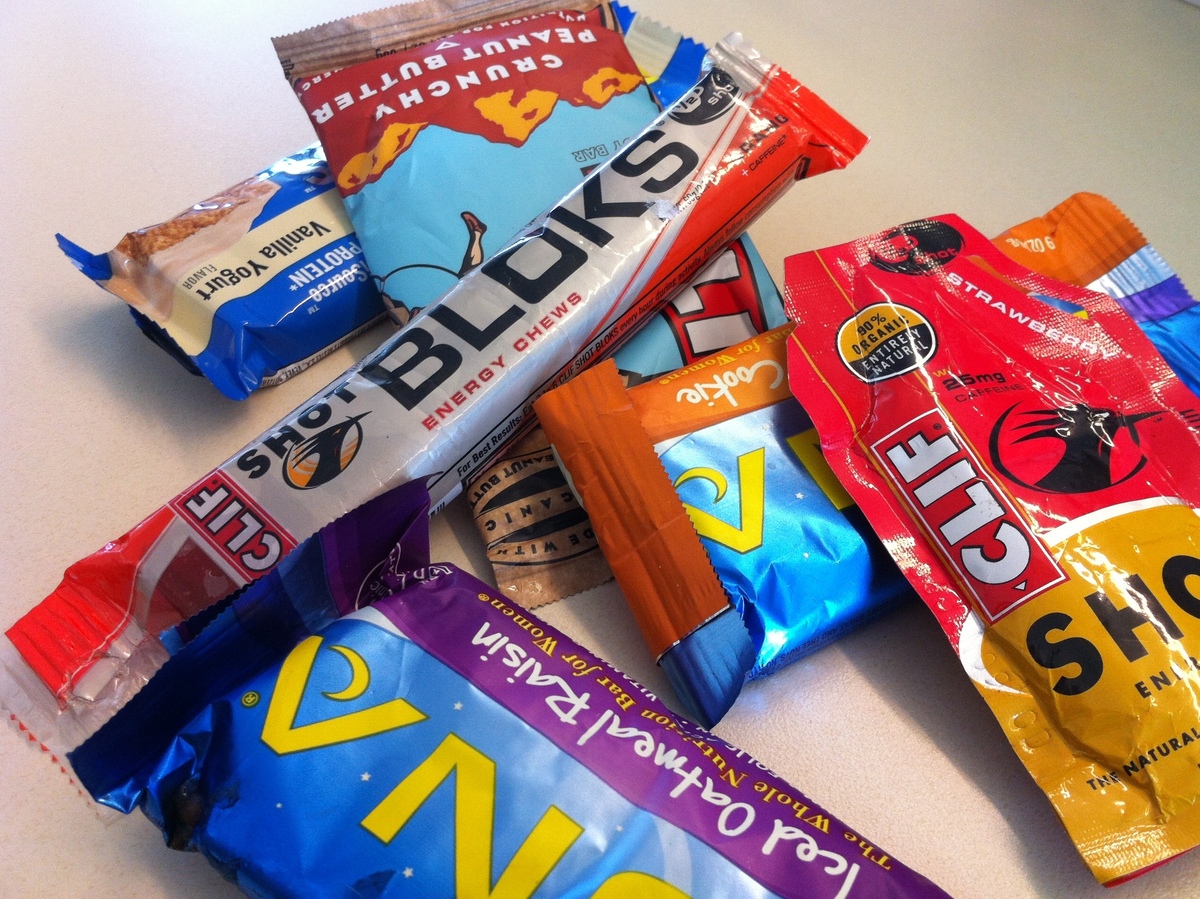 Ian: The only way to get through this is to Gallow-eat it. One minute of chewing followed by 4 minutes of eating something else.

Blythe: Now I have intestine splints.

[The verdict: Amazingly, this may be the grossest thing we've ever tasted. ]