Accessibility links
Politics : It's All Politics NPR's "Battleground Poll" not only shows that Republicans may make gains, but also the power of gerrymandered districts in today's political debate.

Beneath NPR's Poll, The 'Tyranny Of Constituency'

Beneath NPR's Poll, The 'Tyranny Of Constituency' 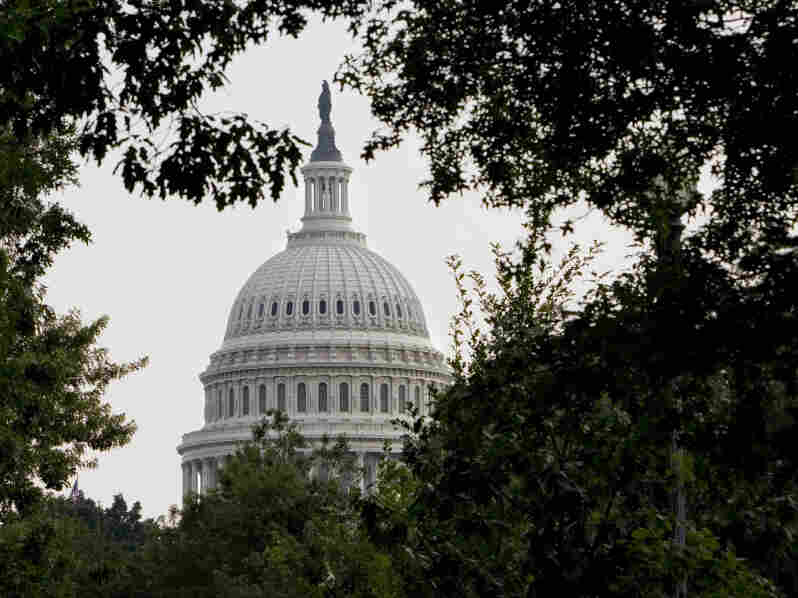 Changing who gets to serve inside the Capitol isn't simple. J. Scott Applewhite/AP hide caption

A poll NPR reported earlier this week offered the most telling metrics we've seen yet for measuring the mountain that congressional Democrats face this fall. It got a lot of attention for all the obvious reasons. But there's a good deal more to be gleaned from the numbers than the headline about a likely boost for Republicans.

You can find in the results explanations for everything from Rep. Joe Barton's apology to BP this week to the passage of a "top two" primary system in California the week before.

The poll also explains much else about contemporary American politics.

People responded to the NPR poll because it focused only on the House districts at risk and told a clear numerical story about them. It's one thing to say voters are restless and that Democrats have a bull's-eye on their backs. It's another to pinpoint just how restless those voters are -- and whom they blame -- in exactly those districts where the November war for the House will be won and lost.

How many districts is that? Just 70 of the 435 districts nationwide, or roughly 1 in 6 (the list of districts is here). Think that's an awfully narrow slice of the total national pie? Wonder why we ignored the other five-sixths of the country? Read on.

Beneath the surface, the NPR poll was all about the tyranny of constituency, the down and dirty of serving the folks back home. House districts (and states' legislative districts) tend to be intricately drawn demarcations of the folks back home. From a complicated map of a state or a metro area, computer-enabled experts carve out jigsaw puzzle pieces that aggregate like-minded voters (and exclude those with different views).

The dynamics of these cyber-modeled districts are the driving force of the House as we know it. As someone once said, where you stand depends on where you sit. And these days you can learn more about where a member of Congress sits than ever before.

That’s why the NPR survey, done by Democratic pollster Stan Greenberg and Republican counterpart Glen Bolger, focused on the 60 Democratic districts likeliest to be lost to Republicans this fall. These are districts where incumbents are retiring, or where incumbents were most recently elected by narrow margins. In most, the 2008 voting that sent a Democrat to Congress also produced more votes for Republican presidential nominee John McCain than for Barack Obama.

Greenberg and Bolger compared data from these 60 districts with data from a far shorter list: Republican-held districts where Democrats have a strong chance of winning this year. All 10 of those districts voted Democratic for president in 2008, some by overwhelming margins.

In the 60 endangered Democrats' districts, pessimism about the country was much higher than it is in the nation as a whole. And Obama's approval ratings were lower in those districts than nationally. In fact, approval for the president was 8 percentage points higher in the 10 Republican-held districts measured than in the 60 Democratic ones!

That all tells you how bad the picture looks for at least some of the Democrats running in those swing districts this fall. But it also tells you several other things as well:

1. The battle for the House is fought on a tiny share of the nation's total territory. If 60 of the 255 Democratic seats are endangered, why are the other 195 safe given the anti-incumbent climate and dismal ratings for Congress and the White House? 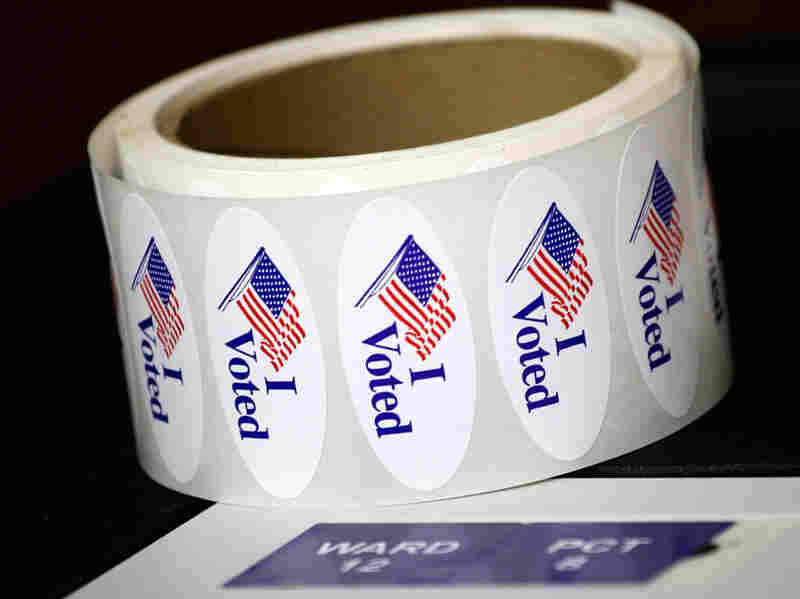 It's because they are drawn to be so heavily Democratic -- often including heavy concentrations of black or Hispanic voters -- that few Republicans want to run for office in them. The NPR poll offers lists that look long until you compare them with the far, far longer lists of incumbents protected by gerrymandering. This is why, so far in this anti-incumbent year, 98 percent of the incumbents seeking renomination have been renominated.

2. The House Democratic majority is, as always, a struggle between the "sitting pretty" faction that's safe (this year as always) and the more fragile "scaredy cat" faction that could be carried off by even the gentlest of anti-incumbent breezes. Obviously, these two factions will constantly contend to shape every bill and every appropriation for their own political priorities. Some "sitting pretty" lawmakers may be willing to moderate for the sake of centrist colleagues, but others will not. Some of the latter may fear challengers from the left, who could score points in party primaries by accusing incumbents of selling out to the center.

3. The House Republican minority is a mirror-image struggle at the opposite end of the ideological spectrum. It might be easy for House GOP leaders to marshal every one of their 178 votes in opposition to Democrats on nearly every issue. But when it comes to shaping alternatives or finding compromises, the greatly reduced number of House Republicans is torn between its own centrists (a much reduced remnant, to be sure) and its far larger contingent of hard-liners. The latter fear defeat in a GOP primary far more than they fret over a Democratic challenge in November.

4. The NPR poll shows why individual House members wind up being more loyal to their own jigsaw piece of the national puzzle than to the national puzzle itself. Only their own micro-constituency can vote for them (or against them). And at the same time, the pressure on an individual member from a dominant industry or other interest within the district can be irresistible. That's why Barton, the Texas Republican, thinks not only about suburban Dallas-Fort Worth voters but also about the oil and gas industry, which made him the No. 1 recipient of its campaign fund contributions in the House.  Is that why Barton initially apologized yesterday to BP CEO Tony Hayward about the "shakedown" the energy giant had suffered at the hands of the White House? You decide.

5. Finally, for those appalled by the above, there is the hope held out by the California ballot initiative enacted on June 8. Pushed by Republican Gov. Arnold Schwarzenegger and his allies, this idea would have all candidates on one ballot in the primaries. The top two finishers, regardless of party affiliation (or lack thereof) would advance to a runoff on Election Day in November. Third parties and independents would have a shot in the primary, but would not be guaranteed any place on the ballot in the fall.

It's a gamble, and no one knows how it will work in a megastate such as California. But a clear majority on June 8 was ready to try something, anything, to block the ultrapartisan deadlock in Sacramento.

Here again, a clear signal comes from the NPR poll, which found just three of California's 53 congressional districts competitive this fall. And even that required a bit of a stretch. It's hard to find anyone who’s really convinced that even one of the Golden State's 53 seats will change party hands in 2010.