Radiohead, "House of Cards" from In Rainbows 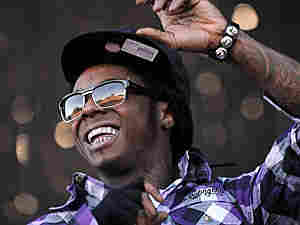 Music journalist Tom Moon, author of 1000 Recordings To Hear Before You Die, discusses his top 5 Grammy picks, including album of the year. Listen to hear who should win, and who will win.

Tom also reveals his personal top 5 for the main categories. Will it be Alison Krauss and Robert Plant, Radiohead or Lil' Wayne for best artist? Adele or M.I.A. for Record of the Year? Who will win Song of the Year and Best New Artist between Adele and Duffy?

Finally, stick around for a discussion about rock music as seen through the eyes of the Academy.

Tom Moon's "1000 Recordings To Hear Before You Die"