Antony And The Johnsons: Dark Cabaret

"Her Eyes Are Underneath the Ground" 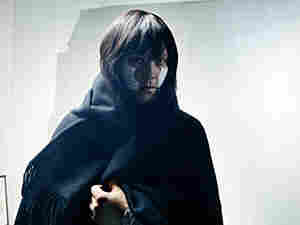 The minimalist bluesman Antony Hegarty emerged out of nowhere when his sophomore record, I Am a Bird Now, earned the 2005 Mercury Prize. Praised for its philosophical overtones and adored for its emotional expressiveness, the album seemed to open a new frontier of songwriting. Thanks in large part to Hegarty's vocals, the group's style conveys an otherworldly feel, while often blurring the lines between genders and sexual identities.

On Antony and the Johnsons' long-awaited The Crying Light, Hegarty's restrained chamber-pop songs explore humanity's relationship to the elemental world. His vocals are accented by the sparse yet rich orchestral arrangements of Nico Muhly, and help convey an affecting mix of joy and despair.

In this session with David Dye, Hegarty discusses the recurring theme of nature in his music, and talks about Kazuo Ohno, the Japanese Butoh dancer who graces the new album's cover.