Accessibility links
Rusted Root On World Cafe : World Cafe World Cafe digs into the archives for a 2002 studio session with the energetic, world-music-influenced band. In this Sense of Place: Pittsburgh feature, the group performs the ubiquitous feel-good song "Send Me On My Way." 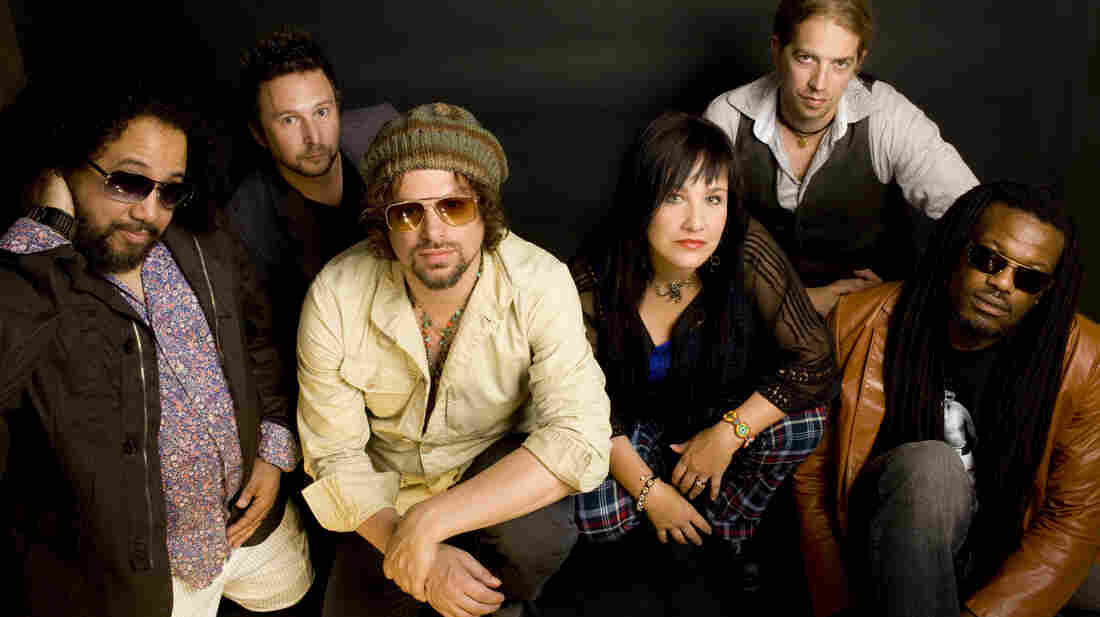 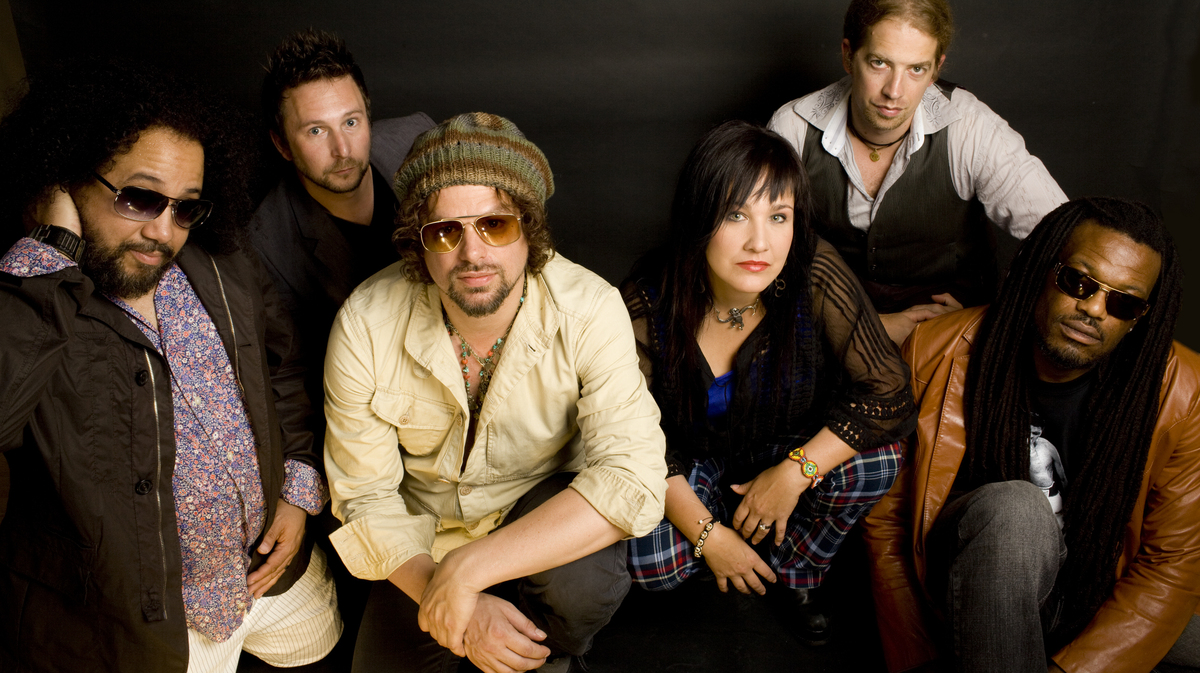 World Cafe revisits a 2002 studio session with Rusted Root as Sense of Place: Pittsburgh continues. The energetic, percussion-heavy band has become synonymous with the sound of the city. Formed in 1990, Rusted Root is a sextet featuring many instruments and styles; the group is known for blending acoustic rock with world music. Its percussion style is heavily influenced by the music of Africa, Latin America and Native America, while its lyrical content often touches on Christianity, Judaism and Islam.

In 1992, Rusted Root released its debut record, Cruel Sun. It wasn't until its second album, When I Woke, that the group began attracting national attention, particularly with the ubiquitous feel-good track, "Send Me On My Way." Wednesday's session was recorded around the time the group released Welcome To My Party, which came out four years after its self-titled album.