Accessibility links
Train On World Cafe : World Cafe Train knows how to deliver the hits. In this live session, the best-selling band performs four songs in advance of a new album coming in September. 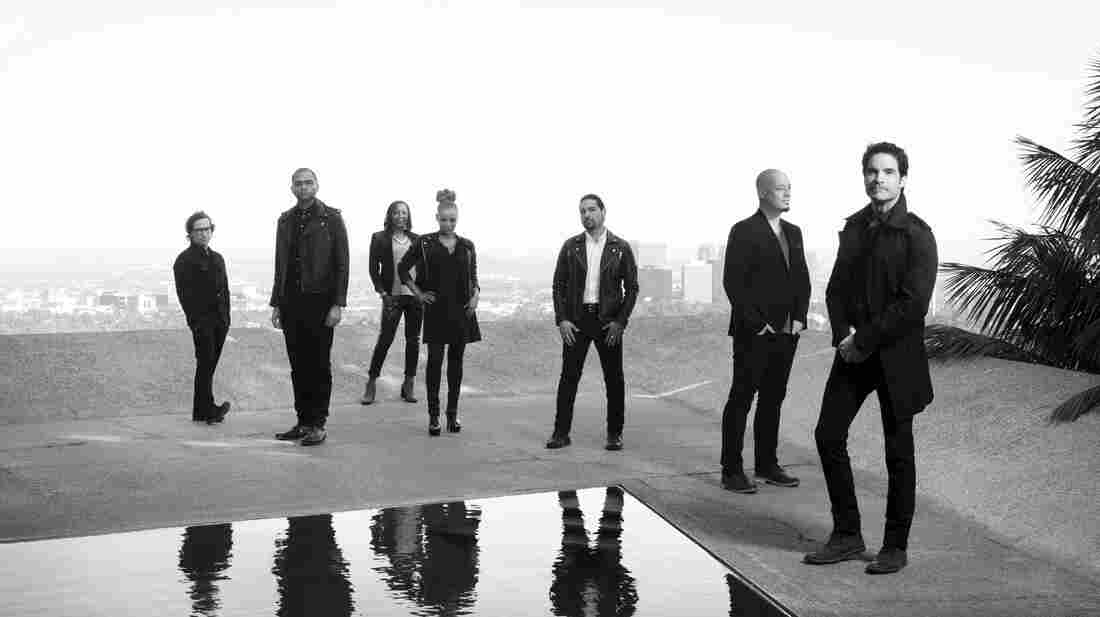 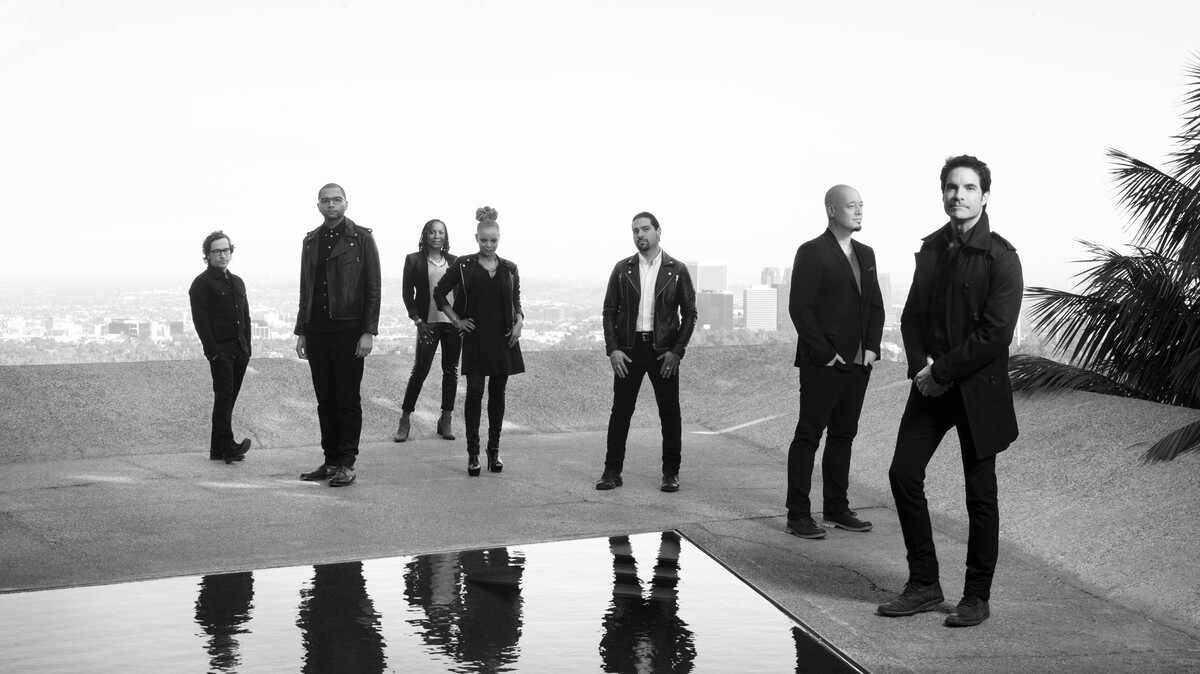 Train has been together for 20 years, and remains one of a small group of guitar-heavy bands that still carry weight on pop radio. From the beginning, it had hits like 1998's "Meet Virginia" and 2001's "Drops of Jupiter," and during a slow period for the band, singer Pat Monahan released a solo album in 2007.

Train came back strong with "Hey Soul Sister" in 2010, and has remained successful ever since. Its new album, Bulletproof Picasso, comes out Sept. 16. In this session, the band talks about its journey, as well as Monahan's early years singing in a Led Zeppelin cover band. 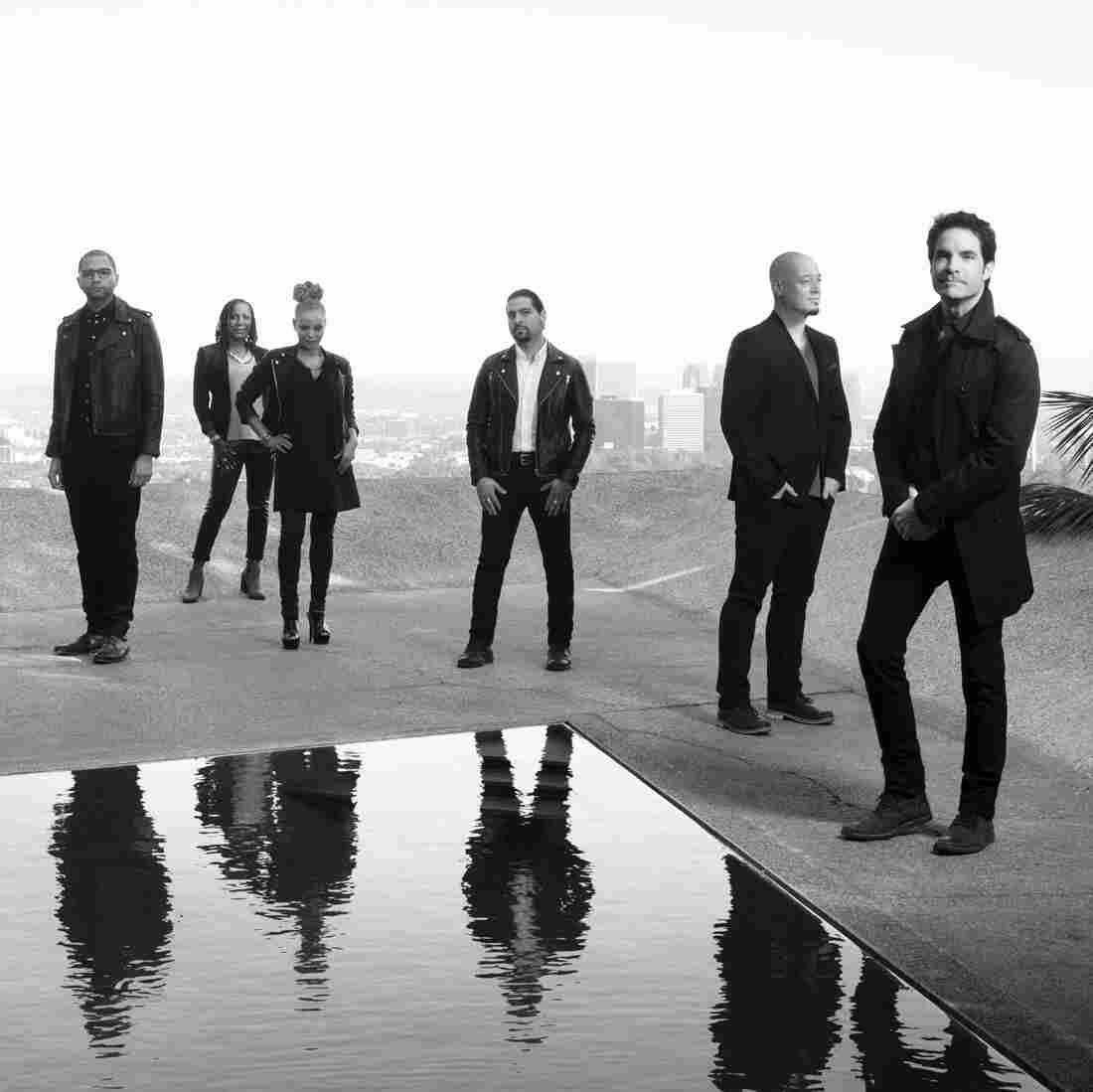