Accessibility links
Ryan Adams On World Cafe : World Cafe The roots-rock singer just released his self-titled 14th album. But the big news coming out of his World Cafe session was the debut of an unreleased song called "The Door."

Performs Unreleased Track 'The Door' For The First Time 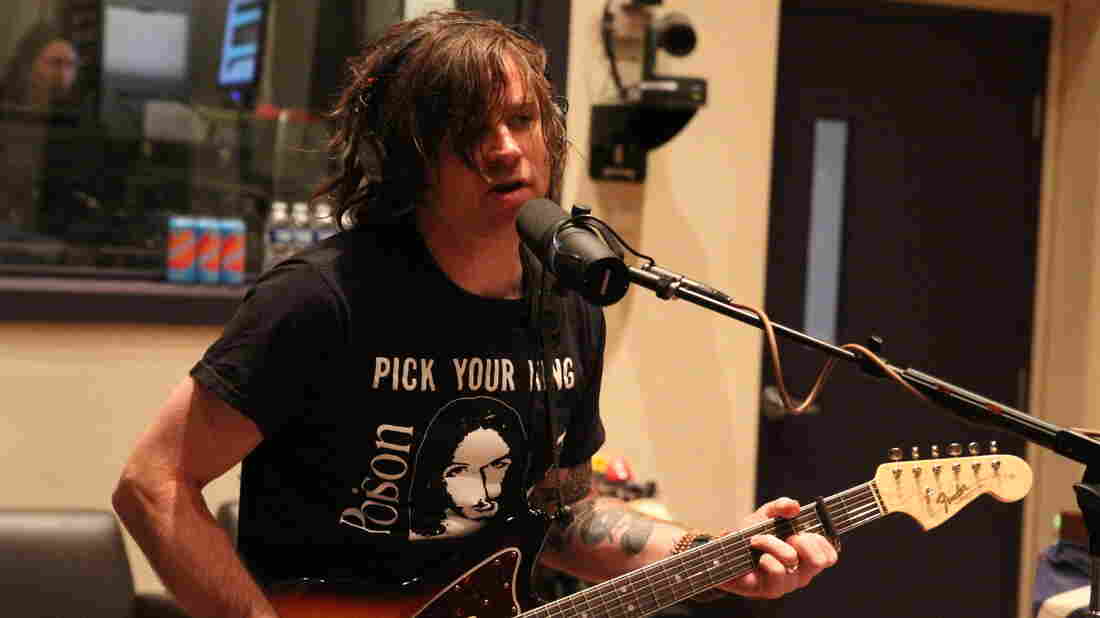 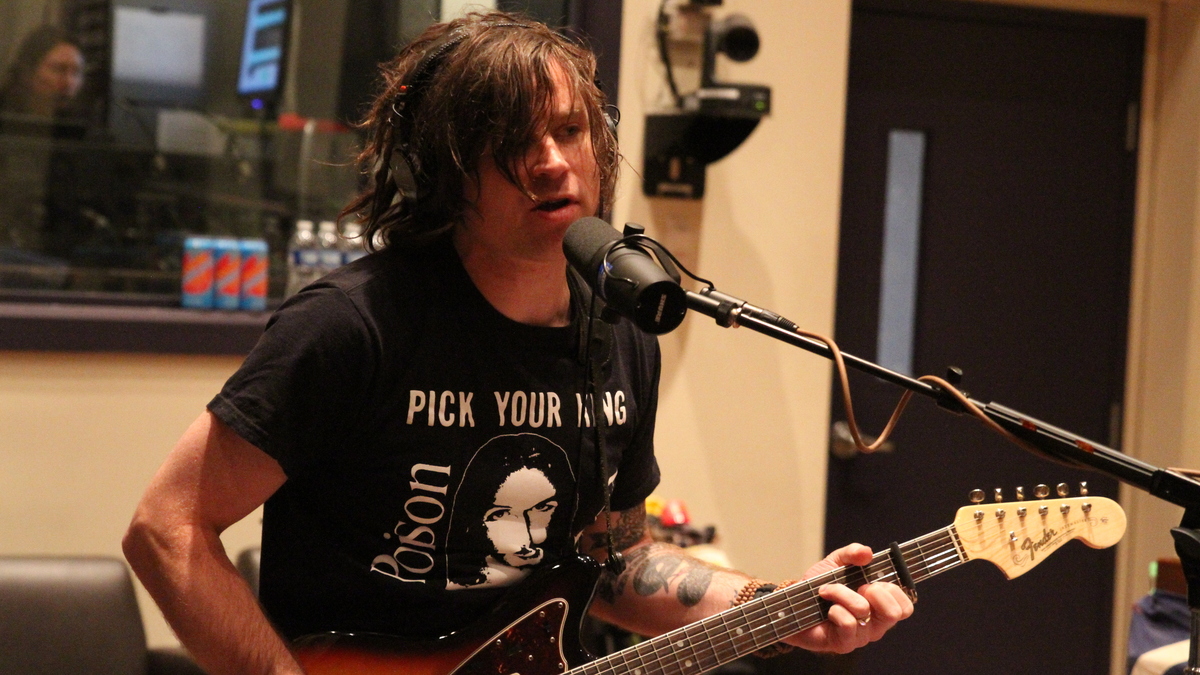 Ryan Adams just released his new self-titled album. It's his second solo record since he took time away from touring and recording to deal with Ménière's disease, an inner-ear problem that made performing loud music unbearable.

Adams produced the new album himself in his own PAX-AM studio in Los Angeles, and brought the band he worked with (including co-producer Mike Viola) to this extended World Cafe session. They wound up performing a bunch of songs — including the previously unheard "The Door," which was to appear on Adams' unreleased "black hole album." You can skip to that song by advancing to 39:50.