Sam Amidon recycles music. The L.A.-based musician — he's originally from from Brattleboro, Vt., where his parents were both folk players — takes older songs, folk songs, and transforms them into his own music through rearrangement and sensitive performance.

Sometimes Amidon's re-imaginings come close to his other musical love, free jazz. It's fitting, then, that jazz guitarist Bill Frisell joins him on his new album, Lily-O. Both musicians appear in the studio today to speak with World Cafe and play songs from the record. 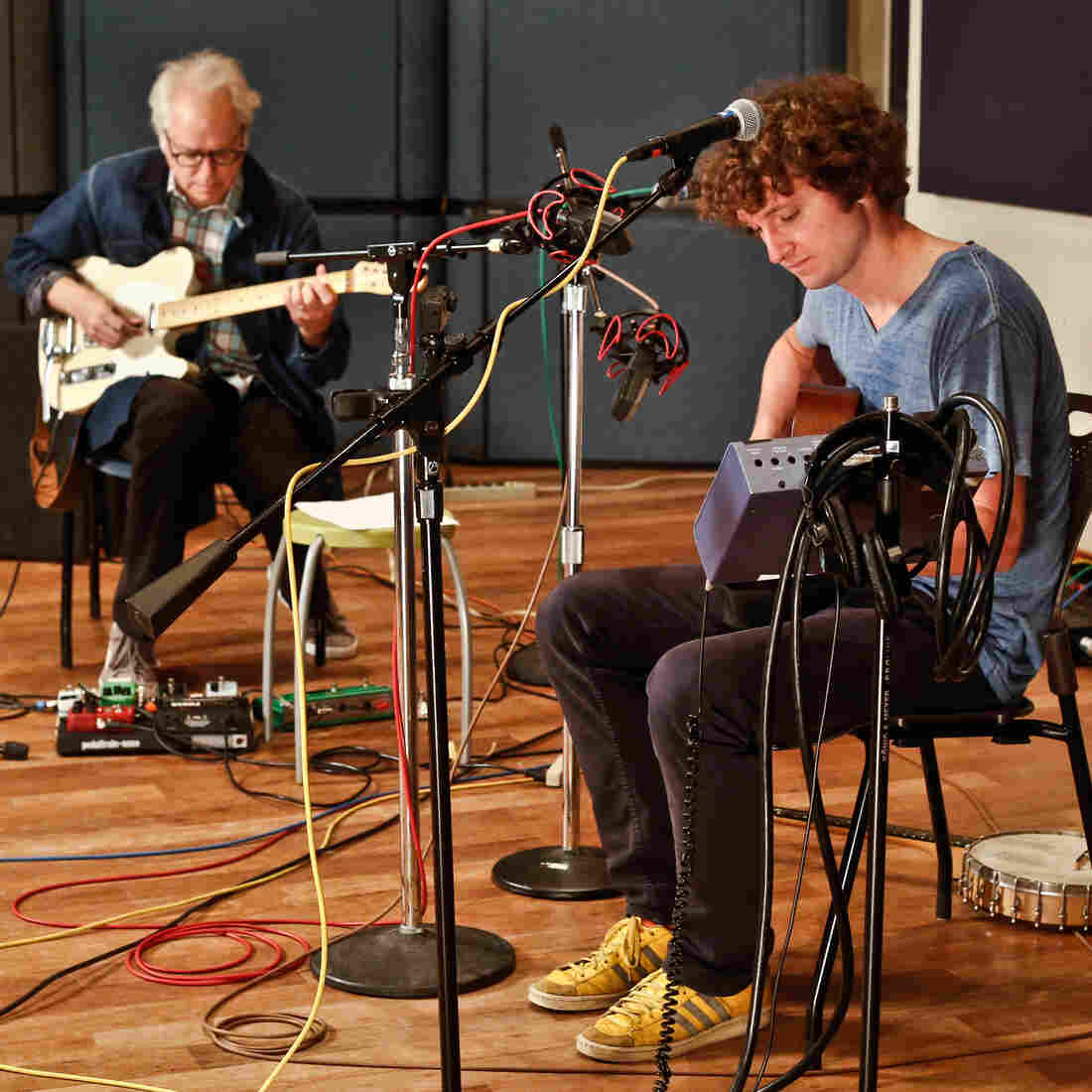