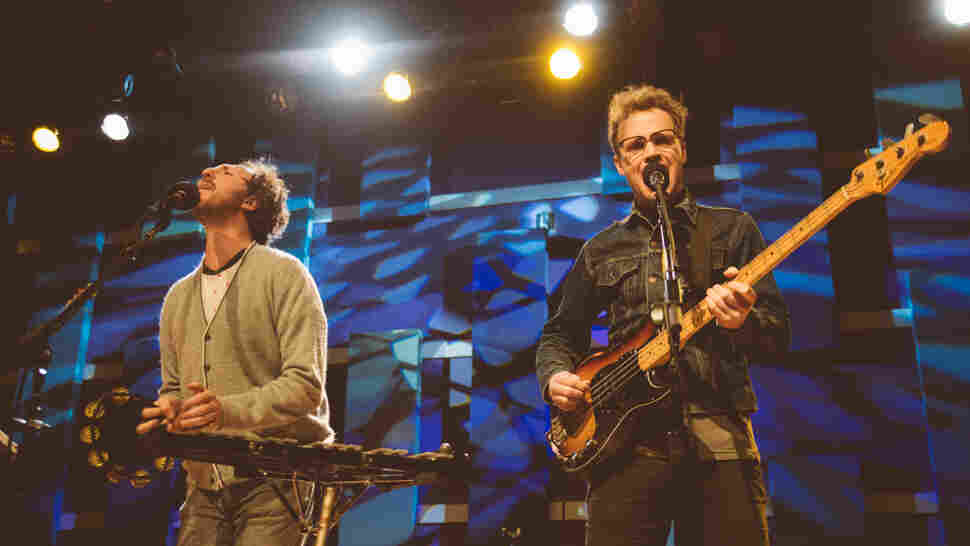 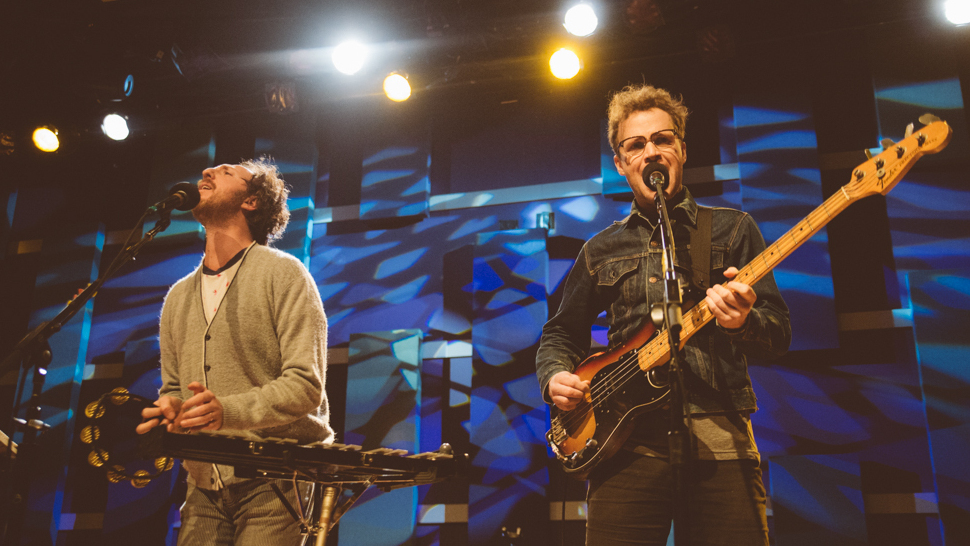 Today's episode of World Cafe features an interview and live performance by Adam Gardner, Ryan Miller and Brian Rosenworcel of Guster, whose new album Evermotion was produced by Richard Swift. After 20 years together, Guster explores new directions on the record, and this performance — recorded in front of an audience at World Cafe Live in Philadelphia — marked only the third time the band had played the new songs.

Guster has developed a loyal following in the past two decades, but with a strong following comes certain expectations. Evermotion seems engineered to step outside fans' expectations of what constitutes "Guster music," while remaining dedicated to impeccable songcraft. 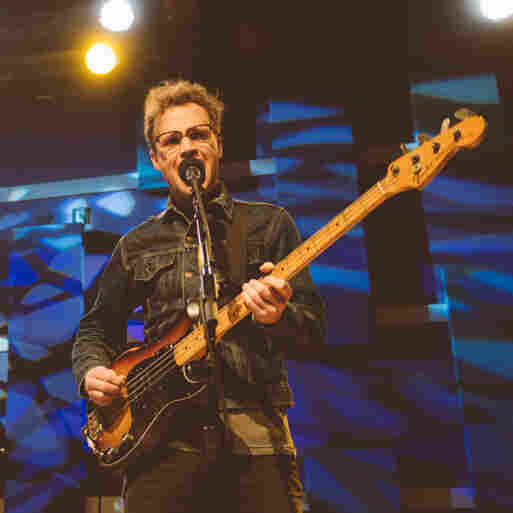 02Doin' It By Myself