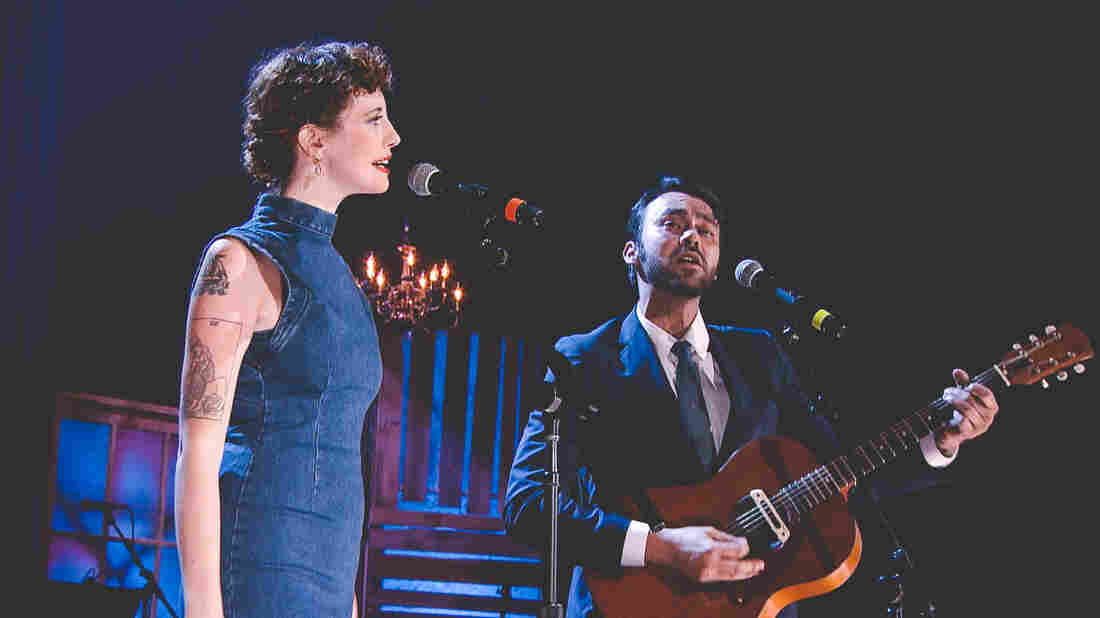 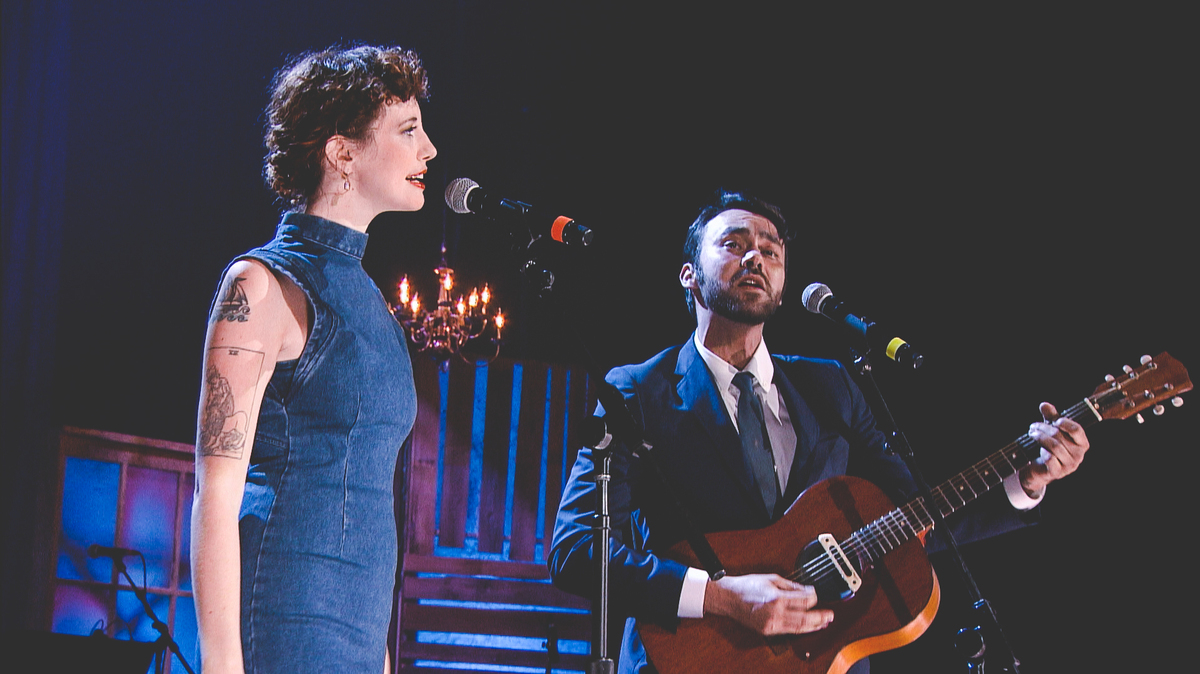 Since 2002, the Americana Music Association has held its annual Americana Honors & Awards show, which celebrates the music and musicians whose work is heard in various roots-music styles, including roots-rock, country, folk, bluegrass, alt-country, blues and R&B. Over the years, the ceremony has become a singular event in the genre, with honors given to the new — Sturgill Simpson, Alabama Shakes, Shovels & Rope — as well as to legends such as Lyle Lovett, Lucinda Williams, Ry Cooder, Loretta Lynn and John Prine.

Over the years, these ceremonies have included some incredible performances, and the 2015 awards show (held in September at Nashville's Ryman Auditorium) was no different. Watch some of the highlights below, including performances by Shakey Graves, Los Lobos, The Lone Bellow, The Mavericks, Rhiannon Giddens, Lee Ann Womack, Ry Cooder with Ricky Skaggs and Sharon White, Buffy Saint-Marie, Buddy Miller with Marc Ribot, and more.

The Lone Bellow's second album, Then Came The Morning, was released in January, yet its soulful, bluesy gospel vibes held up throughout the year. With the help of producer Aaron Dessner (The National), songs like "Take My Love," "Cold As It Is" and "Then Came The Morning" are packed with emotion.

The Brooklyn-based roots-rock trio of Zach Williams, Kanene Donehy Pipkin and Brian Elmquist was nominated for Americana Duo/Group Of The Year at the 2015 Americana Music Honors & Awards in September. (The band gave an in-studio performance and interview on World Cafe in February.)

As part of the ceremony, backed by a string section and four vocalists, the band performed a powerhouse, emotional version of "Then Came The Morning."

During the awards show, supported by a nine-piece string section, Rawlings and Welch performed "Short Haired Woman Blues." The song borrows its title from a Lightnin' Hopkins classic while conjuring the spirit of Gram Parsons and Neil Young.

Singer-songwriter Shakey Graves walked away with the Emerging Artist Of The Year Award at the 2015 Americana Music Honors & Awards ceremony. The Austin musician, a handful of records into his career, released And The War Came in October 2014. NPR Music's Ann Powers, who chose it as one of her Top 15 Albums Of 2014, wrote, "Each song leads sideways into dim light, exposing half-memories and images that startle and haunt."

Graves performed a playful version one of those songs, "Dearly Departed," during the ceremony with Denver singer-songwriter Esme Patterson, who was also featured on the album version.

In 2014, Rhiannon Giddens, the fiddler and frontwoman for the Carolina Chocolate Drops, collaborated with Elvis Costello, Dawes' Taylor Goldsmith, My Morning Jacket's Jim James, and Marcus Mumford of Mumford & Sons as part of producer T-Bone Burnett's The New Basement Tapes project. This year, she released her solo debut, Tomorrow Is My Turn, on which she puts her own breathtaking mark on songs by Patsy Cline, Sister Rosetta Tharpe, Nina Simone and others.

Giddens showcased some of these songs on World Cafe earlier this year. At the 2015 Americana Music Honors & Awards ceremony, she performed a show-stealing version of the traditional folk song "Waterboy," along with Hubby Jenkins on banjo.

"Will The Wolf Survive" has been one of Los Lobos' most enduring and beloved songs since its release on the band's 1984 album, How Will The Wolf Survive? Produced by T-Bone Burnett and Steve Berlin, it was a pivotal release for Los Lobos. Not only did it showcase each member's excellent musicianship and ability to incorporate various genres — including R&B, rock, blues and traditional Mexican music — but it also established them as songwriters who boldly take on topics like immigration.

At the Americana Music Honors & Awards, Los Lobos received the Lifetime Achievement Award for Performance and offered up an exuberant rendition of "Will The Wolf Survive."

In 2014, after years as a chart-topping country star, Lee Ann Womack released The Way I'm Livin' on an independent label. Having parted ways with MCA Nashville in 2012, Womack's move to Sugar Hill Records signaled a musical transition. Critically hailed as one of her best albums, it reflected a more rootsy and traditionalist approach to music-making, and sounded more like new-school Americana than old-school Nashville country. Nominated twice at this year's Americana Music Honors & Awards, Womack was embraced by a music community that she had respected for a long time, but rarely resembled.

This past May, Womack was interviewed on World Cafe and performed songs from The Way I'm Livin'. "I'm making more of the kind of music that I really love," Womack told host David Dye, referring to the inspiration she'd found in the work of Americana singer-songwriters such as Jim Lauderdale, Lucinda Williams and Buddy and Julie Miller.

Sounding far removed from the crossover country-pop of her huge 2000 hit "I Hope You Dance," Womack performed the shimmering "Don't Listen To The Wind," a song written by Julie Miller, at the 2015 Americana Music Honors & Awards ceremony.

At the 2015 Americana Music Honors & Awards, singer-songwriter Lucinda Williams received the Album Of The Year award for Down Where The Spirit Meets The Bone. After introducing Williams as "our dear, dear friend," Jim Lauderdale brought her out to perform "East Side Of Town" from that album.

Williams' astounding songwriting career dates back to her first collection of all-original material, 1980's Happy Woman Blues; she received the Americana Music Association's Lifetime Achievement Award for Songwriting in 2011. Anticipation is high for the release of Williams' new record, The Ghosts Of Highway 20, on Feb. 5.

After presenting him with the award, Ry Cooder joined Skaggs, along with country singers Sharon White and Cheryl White, onstage. They ripped into a barnstorming performance of "Just Over In The Glory Land," a traditional Southern gospel classic.

During her appearance on World Cafe in June, Sainte-Marie spoke with host David Dye about her philanthropy and activist work in establishing the Nihewan Foundation for American Indian Education and the Cradleboard Teaching Project, whose educational initiatives are intended to increase understanding and awareness of Native American cultures.

In a special feature, Miller was joined by guitarist Marc Ribot. Together — "with apologies to Hank Williams," he said — Miller performed an ornate cover of Williams' "Cold, Cold Heart."

When Jim Lauderdale introduced The Mavericks' performance at the Americana Music Association's 2015 Honors & Awards show, he described the band as "challenging musical boundaries ever since they first came together in Miami in 1989."

Lauderdale was right: Fronted by Raul Malo, the band has blended country, Latin, pop and rock 'n' roll in seamless fashion for more than a quarter of a century. As with fellow award winner Los Lobos, confining The Mavericks to one musical category has been nearly impossible.

The band's 2015 album Mono found The Mavericks in top form after reuniting in 2013; that year brought the group's first new studio album in a decade. At the 2015 Americana Music Honors & Awards in Nashville, The Mavericks received the Duo/Group Of The Year prize and performed "Pardon Me" from its most recent album.