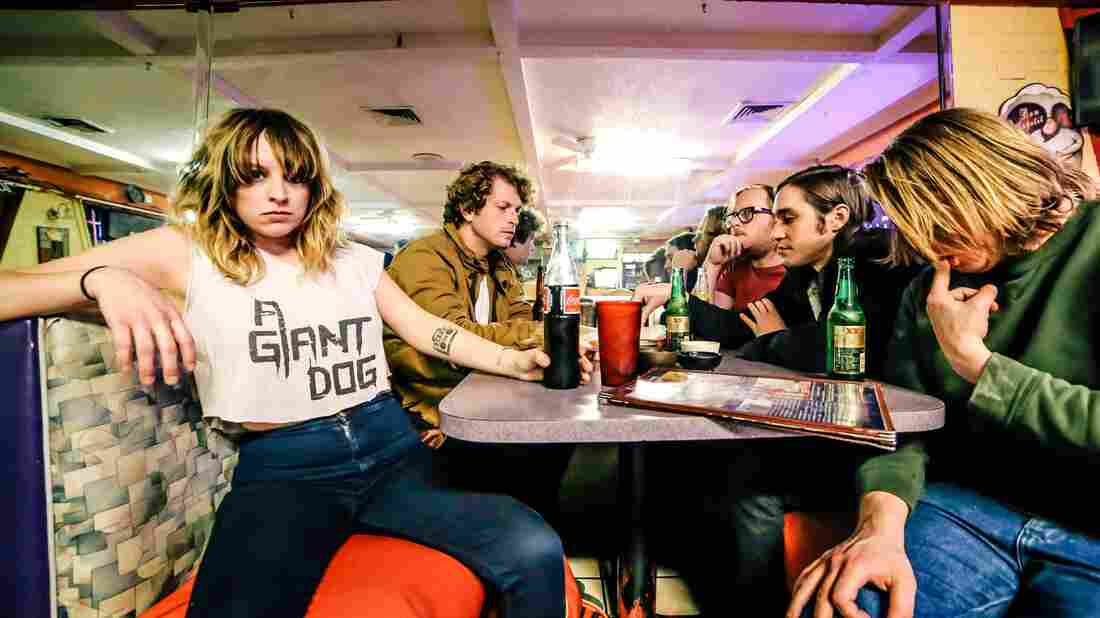 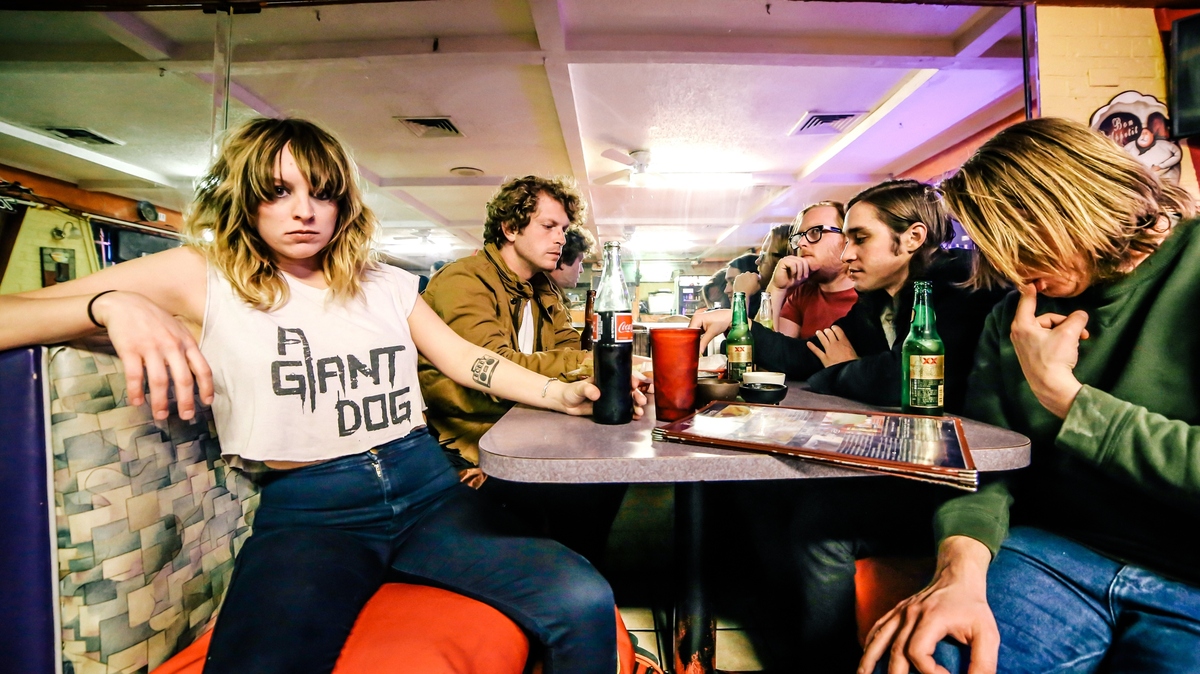 Sean Daigle/Courtesy of the artist

Public radio stations across the U.S. have a finger on the pulse when it comes to local music. They know their homegrown music scenes intimately and aren't shy about championing the artists that emerge from their communities. That's the reason NPR Music turned to them this spring when we launched our cross-country Tiny Desk Contest tour celebrating local bands and artists — and that's part of why, every month, we ask a panel of public-radio music curators to share one new song they can't stop playing.

These selections don't have to be local music, but that's often the way it works out. After all, who better to turn us on to Austin punk band A Giant Dog than a KUTX DJ, or to play us a new track by Chicago rapper Vic Mensa than a WBEZ host? Hear those songs below, along with new music by Ryley Walker, Michael Kiwanuka, Sarah Jarosz and more. 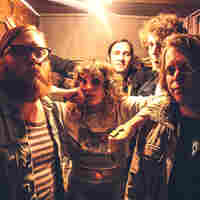 A Giant Dog. Sean Daigle/Courtesy of the artist hide caption

Austin has known about A Giant Dog for some time, as the band's sound has evolved over the course of many energetic live shows. That energy is due in large part to frontwoman Sabrina Ellis' showmanship, which melds the brashness of generations of punk women before her (Debbie Harry, Poly Styrene, Chrissie Hynde, et al) with playfully unabashed spunk. On its third album, Pile, A Giant Dog plays high-energy, straightforward rock that's dark, profane and downright jubilant. Melding Steely Dan riffs with doo-wop harmonies, "& Rock & Roll" is an exultant ode not only to its literal namesake, but also to a hoped-for zeitgeist of tolerance — "a time when we can all just ... rock and roll." It's music that makes me glad to be alive. 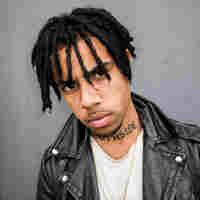 Fans' expectations aren't always acknowledged by an artist in the process of creating new music. But it seems that Chicago native Vic Mensa considered his audience's desires in shaping his current EP, There's Alot Going On, especially its vulnerable title track. "There's Alot Going On" offers insights into the last few years of Mensa's life and his struggles with success, depression, drug abuse and violent and volatile relationships. For independent artists, signing with a major label can sometimes suffocate the creativity that got them noticed to begin with, but Mensa has embraced his own voice on his Roc Nation debut. This Papi Beatz-produced track lends itself to his extremely personal musings about where he's headed in music and in life. Evolution is inevitable, but in this song, Mensa gives his hardcore fans something familiar: himself. 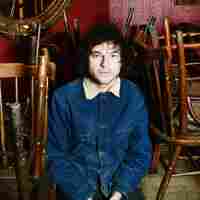 The Halfwit In Me

Ryley Walker, 'The Halfwit In Me'

Just in time for summer idylls, Ryley Walker returns with a sprightly new song, "The Halfwit In Me." The Chicago guitarist, singer and songwriter's new album, Golden Sings That Have Been Sung, is due out August 19. There's nothing academic about Walker's love for '60s and '70s folk icons like Bert Jansch and Tim Buckley, whose music he echoes. On stage, you're likely to see him grab a beer and dive into the music with passion, humanizing his impressive technique and knowledge. "The Halfwit In Me" has a catch-your-breath woodwind intro before it drops into the lively, Pentangle-ish folk-jazz verse. Don't get too hung up on Walker's influences; instead, get caught up in the joy as "The Halfwit In Me" rushes into its two-minute instrumental outro. 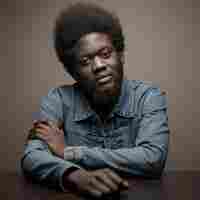 On his 2012 debut, Home Again, English singer Michael Kiwanuka's Charmin-soft vocals and delicately crafted arrangements drew comparisons to the tender folk-soul of Bill Withers. Kiwanuka's new album, Love And Hate, is an entirely different beast. In "One More Night," he's traded in precision for panache, and to good effect. The track's sweltering horn section and overdriven electric guitar make you feel like you could be slow-walking through a Tarantino film. Kiwanuka's vocals are as tender as ever, yet laced with a heavy dose of attitude. This is full-throated soul with swagger. 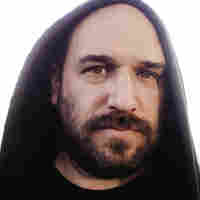 David Bazan's new album, Blanco, features 10 tracks originally released in 2014 and 2015 in an extremely limited 7-inch series called Bazan Monthly. While these songs may be familiar for the lucky few who subscribed to the series, Bazan remixed them and added what he calls "new sonic layers" to give them a fresh feel before introducing them to a larger audience. "Both Hands (Over My Eyes)" opens the record in sleepy-but-soaring fashion, as Bazan's fuzzy vocals drag, then gradually open up and swell. There are bigger, catchier songs on Blanco, but the way this one keeps such a confidently chilled-out pace with a swirling layer of distorted sound running over the top makes it uniquely alluring. 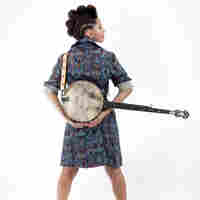 If anything can truly capture the highs and lows of living in Appalachia, it's music. Artists like Gillian Welch and Rhiannon Giddens have proven this time and time again, and 22-year-old Kaia Kater is poised to do the same with her new album, Nine Pin. A Quebecer with the heart of an Appalachian, Kater grew up among old-time musicians and eventually moved to West Virginia to enrich her musical and cultural education. As she told West Virginia Public Broadcasting in a recent interview, "I wouldn't be the same artist, I wouldn't release the same music, if I hadn't spent these last four years [with Davis & Elkins College's Appalachian Ensemble]. Because I knew old-time music and I was good at playing tunes, but I don't think I understood the communities behind the music or the stories behind the music. And that takes time." Now equipped with both sentiment and song, Kater brings a new spirit to old roots in tunes like "Paradise Fell," showing the world that Appalachia can be just as wild as it is wonderful.

—Joni Deutsch, WVPB's A Change Of Tune and Mountain Stage 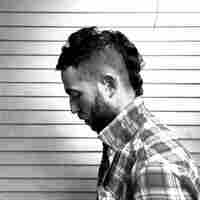 Mondo Cozmo, 'Hold On To Me'

More than ever, as Lin-Manuel Miranda reminded us Sunday night in his breathtaking sonnet, we need to hold on to each other. That's exactly what Los Angeles' Mondo Cozmo tells us in "Hold On To Me." Beginning with acoustic guitar and handclaps, it slowly becomes an anthem. The music and words, full of longing at first, grow into a triumphant affirmation of what happens when we care for and embrace one another. Yes, there are slight imperfections and even a bit of messiness in the song — but life is messy, and that's what happens when an artist holds nothing back. The same is true of the emotional video, which you must see to fully appreciate the song. Mondo Cozmo's upcoming album is called Regrowth — a title full of even more meaning than we thought. 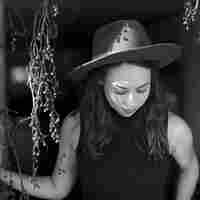 From the rhythmic punches of Jedd Hughes' cheeky electric guitar to the front-and-center B-3 organ, played with a sort of inside-joke feel by Tim Lauer, "Comin' Undone" is a clever, catchy tune that you'll be hard-pressed to get out of your head. It's the latest offering from the multi-talented Sarah Jarosz, who's featured on lead vocals and octave mandolin. She co-wrote "Comin' Undone" with Parker Millsap, who joins her on acoustic guitar and harmony vocals. Their voices blend seamlessly, the words simple and unexpected at the same time. "Comin' Undone" reminds us that even when the world might feel like it's collapsing, you can't not try. You have to push forward and fight for something better. 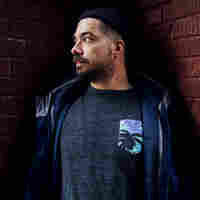 A Little League game interrupted by some adult with "rodent rage." The depth of despondency after Mom crushes the most important thing in your young life: going to a Ministry concert. These two traumatic childhood events, which seem surreal and absurd when recalled from the perspective of adulthood, provide the framework for "Blood Sandwich," featuring Aesop Rock's brilliant wordplay and beats. The song is a fond and funny remembrance of the bonds of brotherhood. If you have siblings, "Blood Sandwich" will have you looking back at adolescence with laugh-out-loud longing. 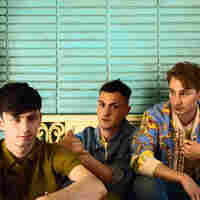 Glass Animals first emerged a few years back, making its presence known with an incredible debut album called Zaba. The U.K. band toured that record extensively throughout 2015, and it's clear that the time on the road paid off. Glass Animals' new album, How To Be A Human Being, is due later this summer; our first taste is "Life Itself," which kicks off with a dancey, tribal-sounding beat. The song is hypnotic, entrancing and balanced with a bit of humor ("I can't get a job, so I live with my mom"). It's an exciting turn for a band that's finally outgrown the billing of "one to watch."