Accessibility links
Colvin & Earle On World Cafe : World Cafe The two songwriters finish each other's phrases as they discuss the co-writing process for their new album as a duo. Hear the conversation and watch a live performance. 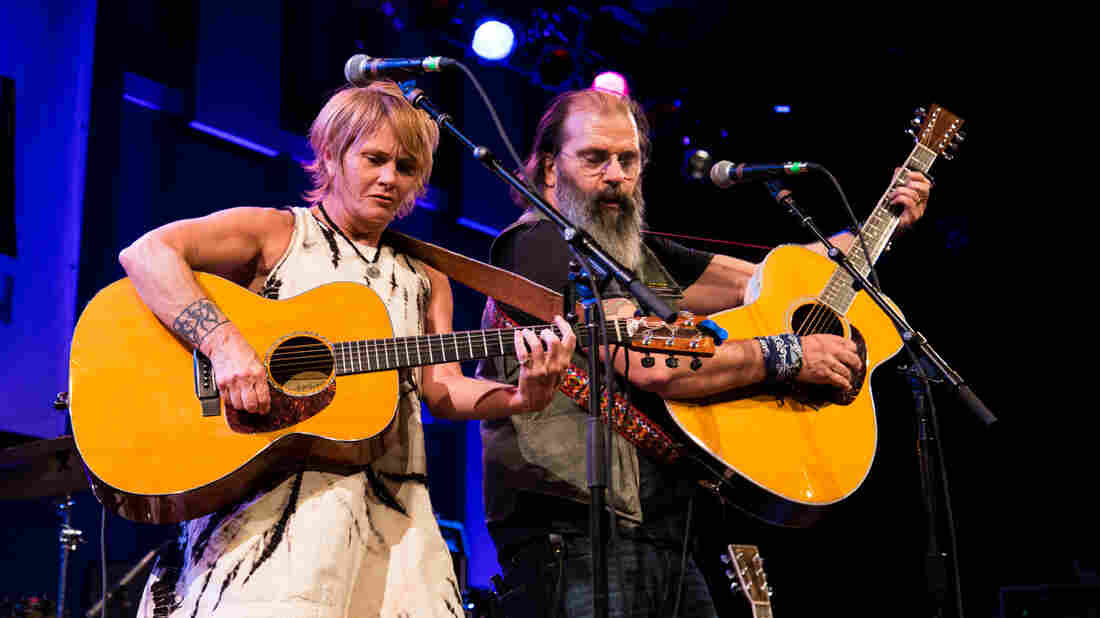 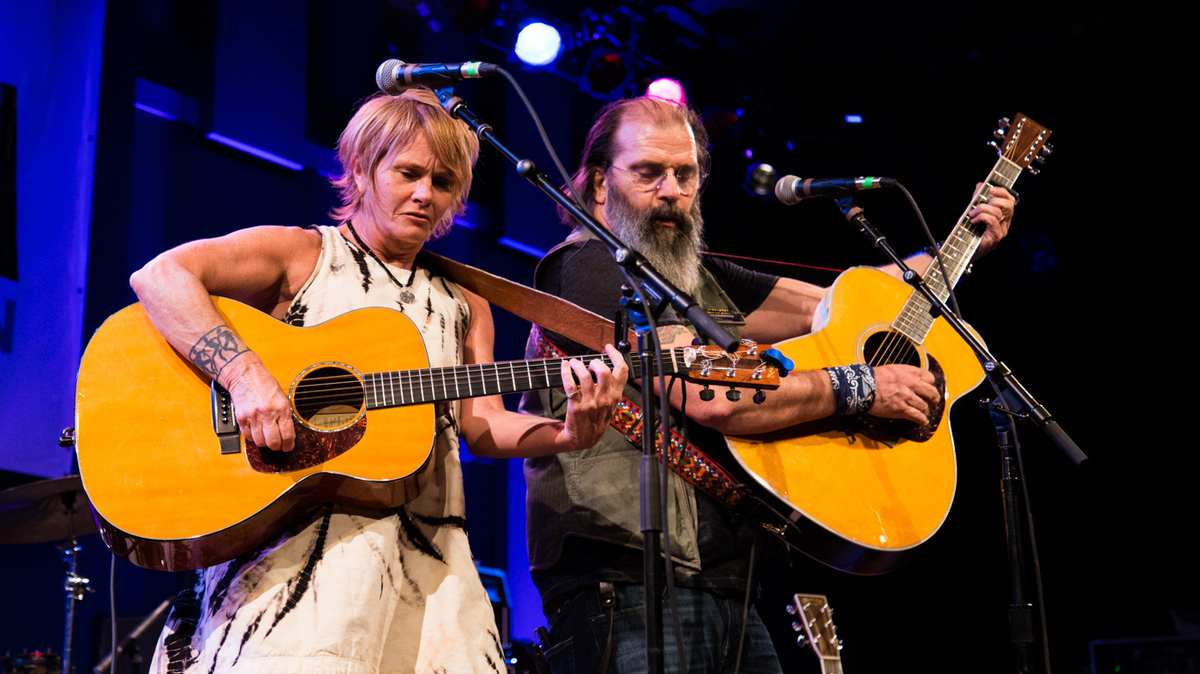 Singer-songwriters Shawn Colvin and Steve Earle have known each other for three decades. They were bandmates even before Colvin released her debut album in 1989, and Colvin covered Earle's song "Someday" for her 1994 album Cover Girl. But it was only recently that the two began touring and recording together as Colvin & Earle. They released their album Colvin & Earle, recorded in Nashville with producer Buddy Miller, earlier this summer.

The two say the co-writing process went far more smoothly than either had imagined. That might be in part because of their somewhat parallel experiences: Both Earle and Colvin are Grammy winners, and both have dealt firsthand with addiction and rehab. In this session, they discuss the many different ways they co-write — appropriately, you'll hear them finish each other's phrases.