Accessibility links
Weekend LISTening: 7 Medal-Worthy Collaborations With Brazilian Artists : World Cafe The competitive spirit may reign at the Olympics, but these songs — featuring musicians from this year's host country — are all about international collaboration. 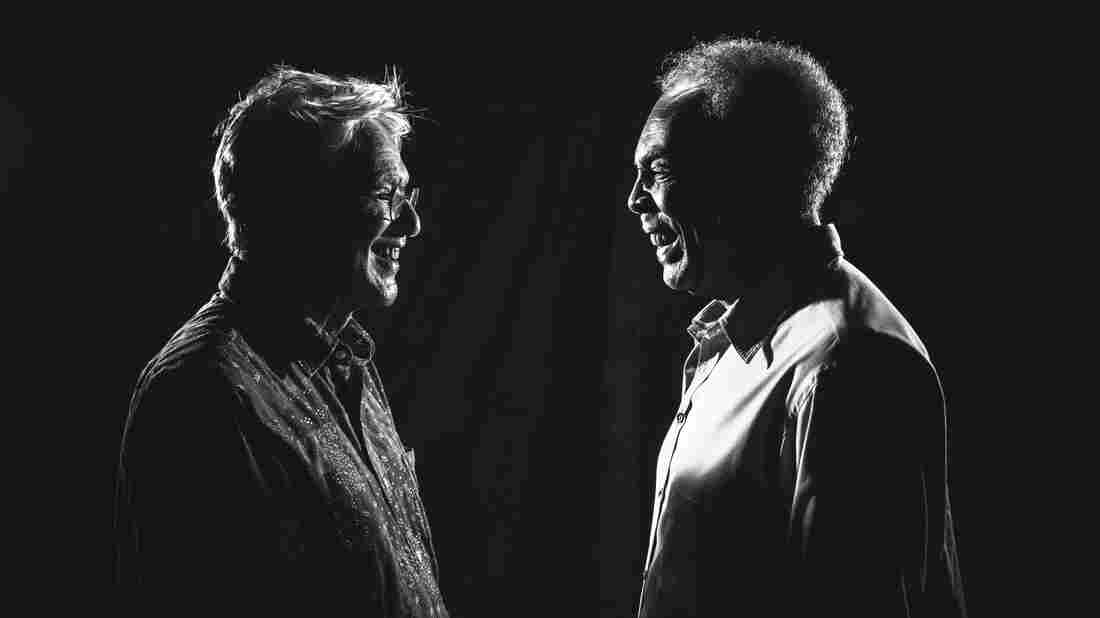 Brazilian artists Caetano Veloso and Gilberto Gil have collaborated with each other — and, as you'll hear in this playlist, with other international artists. Marcos Hermes/Courtesy of the artist hide caption 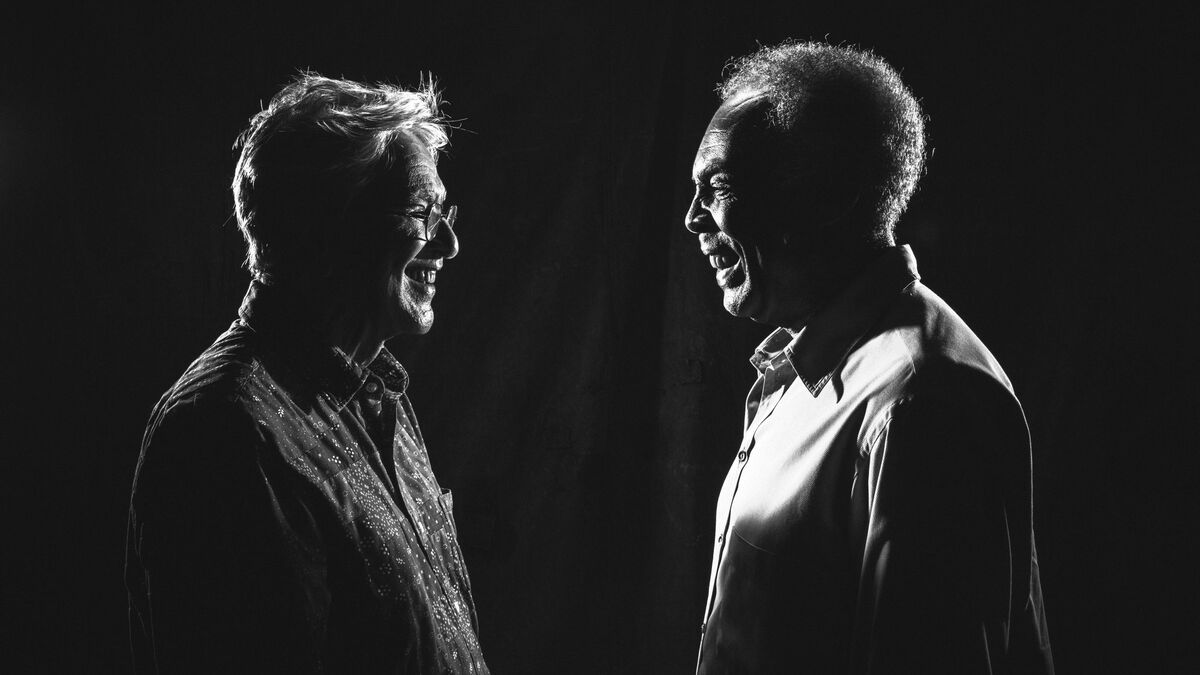 Brazilian artists Caetano Veloso and Gilberto Gil have collaborated with each other — and, as you'll hear in this playlist, with other international artists.

Marcos Hermes/Courtesy of the artist

Right now, the world's focus is on Rio for the 2016 Olympics. Brazil is on our minds, too, so we've made a weekend playlist filled with international collaborations between Brazilian artists and other musicians from around the globe. These are some extraordinary duets, from bossa nova to tropicalia and beyond. No Olympic competition here — just collaboration!

"The Girl From Ipanema" was the height of bossa nova, and it's still the song everyone conjures when they think of Rio. The song was inspired by a real person, Helô Pinheiro, who would pass by the bar-café where composers Antonio Carlos Jobim and Vinicius De Moraes sat and sought inspiration. Astrud Gilberto and Stan Getz's version was a worldwide smash in 1964.

A remix of Beck's song "Tropicalia" with the Brazilian singer Seu Jorge appeared on the second Red Hot + Rio compilation, which was released in 2011 to benefit HIV/AIDS awareness and prevention.

The Brazilian superstar Caetano Veloso played a concert with David Byrne at Carnegie Hall in 2014. They mostly performed Veloso's music, along with this Talking Heads classic, "(Nothing But) Flowers".

There's no question as to Bob Marley's influence throughout the world — and certainly in Brazil. Here, the Jamaican reggae star Jimmy Cliff and Brazil's musical ambassador Gilberto Gil pay tribute to Marley with "No Woman No Cry".

This video is from 1963, when the bossa nova craze was heating up in the U.S. It's a wonderful document: Como sheepishly confesses that he doesn't speak "Brazilian," and Bonfa zings him back a moment later. (I also recommend this great Smithsonian Folkways reissue of the guitarist's solo work, recorded in 1958.)

Michael Jackson and director Spike Lee had to go to court in Rio to be allowed to shoot this video in the Dona Marta favela — but the residents didn't seem to have a problem. The power of the drum corps Olodum helps convey Jackson's message as they all dance through the streets of Salvador, the group's hometown.