Accessibility links
Billy Bragg And Joe Henry On World Cafe : World Cafe In train stations across the country, the two singer-songwriters recorded the musical legacy of the rails. Hear them discuss the project and perform two songs. 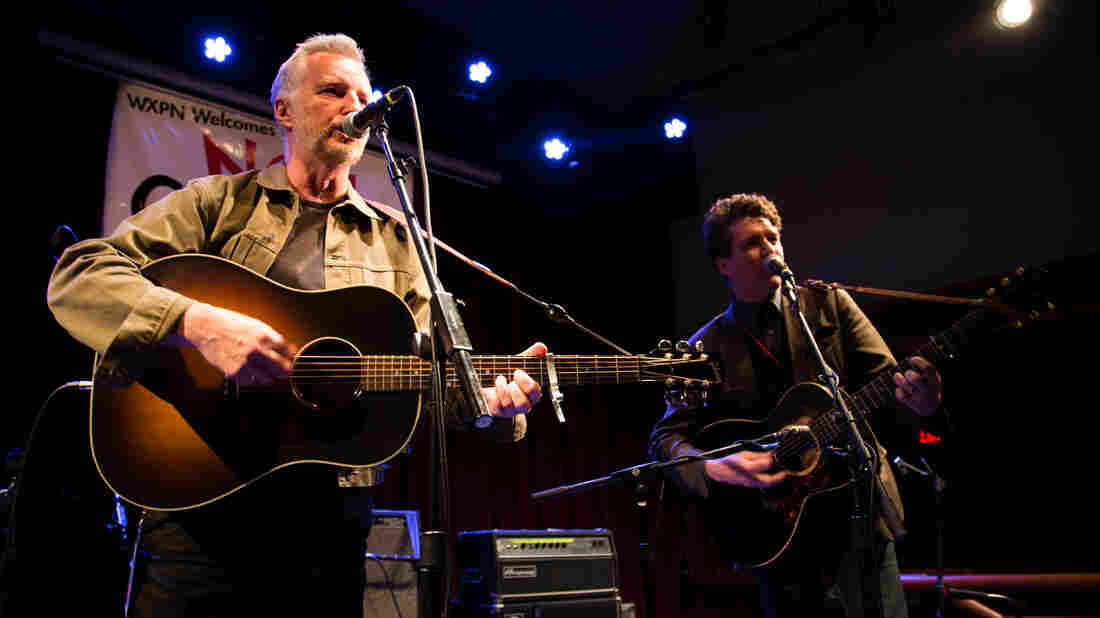 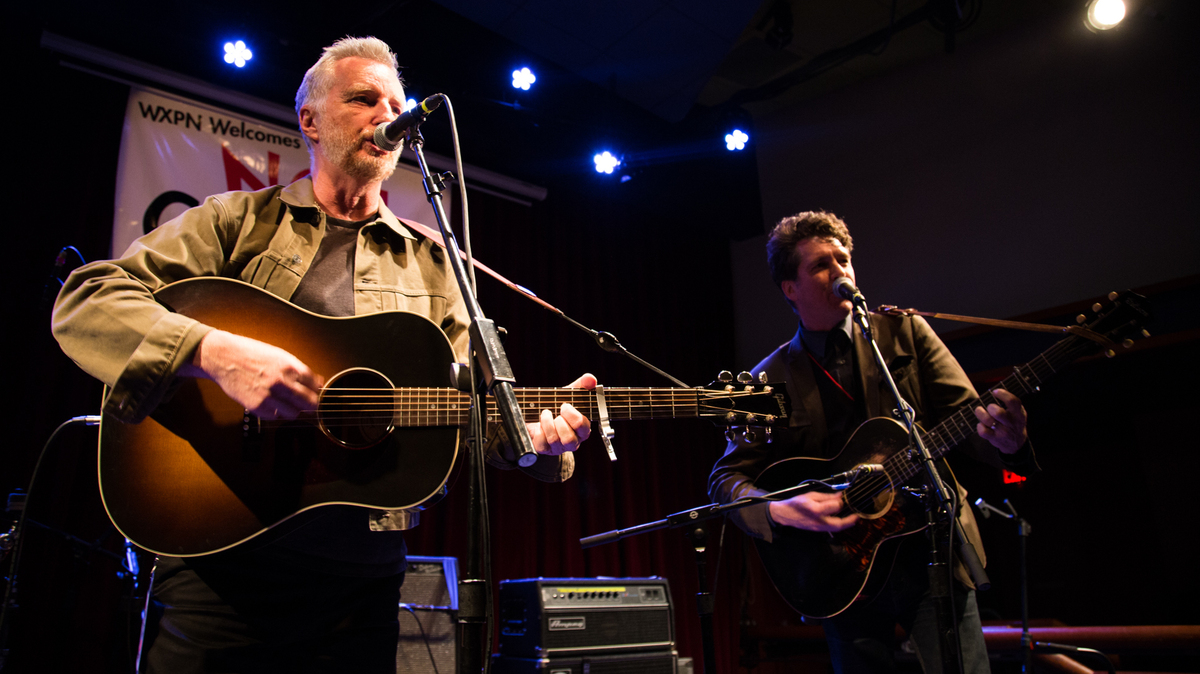 Billy Bragg and Joe Henry perform live at the 2016 Non-COMMvention in Philadelphia.

Billy Bragg and Joe Henry recorded much of their new album, Shine A Light: Field Recordings From The Great American Railroad, during a four-day rail trip, stopping to use the natural acoustics at train stations across the country.

In this session, the two outspoken and articulate musicians explain the origins of the project, which includes "train songs" both familiar and obscure. Bragg says that he considers railroads the most revolutionary method of transportation and that, as a Brit, he's amazed that trains aren't used as much in the U.S. as in Europe. You'll also hear performances recorded at the 2016 Non-COMMvention in Philadelphia.