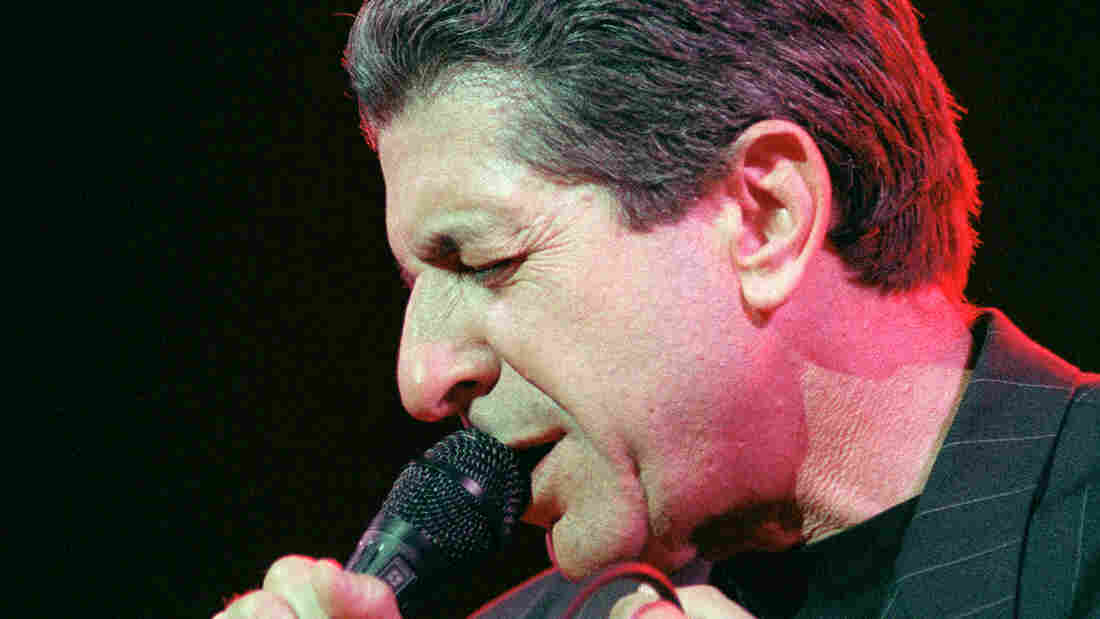 Leonard Cohen performs in 1988, five years before David Dye spoke to him backstage at a show in the Philly suburbs. Bertrand Guay/AFP/Getty Images hide caption 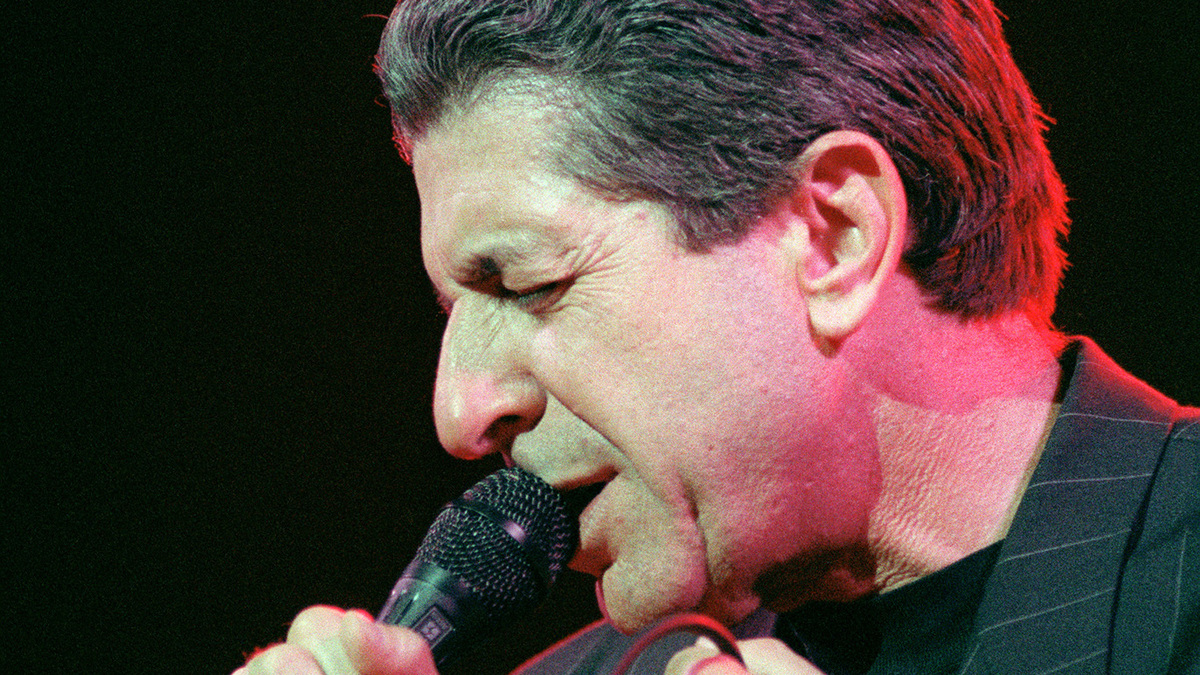 Leonard Cohen performs in 1988, five years before David Dye spoke to him backstage at a show in the Philly suburbs.

I had not heard this interview with Leonard Cohen since 1993, the second year of World Cafe's existence, until we revisited it upon hearing of his death this week. I'd traveled to talk with Cohen backstage at a 1,000-seat theater he was playing in the suburbs outside Philadelphia. This was different from the large, triumphant tours he played in his 70s — it was almost workaday, a performance for the gathered faithful. The man who passed away Monday at the age of 82 was spry in his 60s. He had just released the album The Future.

I was a nervous, neophyte interviewer talking to someone near the top of my own personal tower of song. I went alone with a tape recorder. When Cohen arrived, he walked off the bus wearing a band jacket whose lapel had been embroidered with "Field Commander Cohen."

Commander Cohen was gracious as we settled into the reverberant dressing room. (Believe it or not, he thanked me for having the interest to interview him.) I can't believe I had the chutzpah to call him the "Barry White of folk music." What was I thinking? Well, I was thinking "deep voice, affinity for string arrangements" — and maybe that people listened while loving.

Afterward, it was soundcheck time and I settled in to listen — until Cohen came over and ever-so-kindly explained that sound check was a ritual, a sacred moment for the band. And, uh, I wasn't in the band.

I did not stay for the show that night. But years later, in 2009, I witnessed one of the most moving shows ever at the Tower Theater in Philadelphia — and I feel myself blessed.