Accessibility links
Sense Of Place Sydney: Boy & Bear : World Cafe All week, World Cafe travels to Sydney, Australia, to meet the local bands making an impact Down Under. First up is a folk-rock band that's enjoyed great success in the U.S., too. 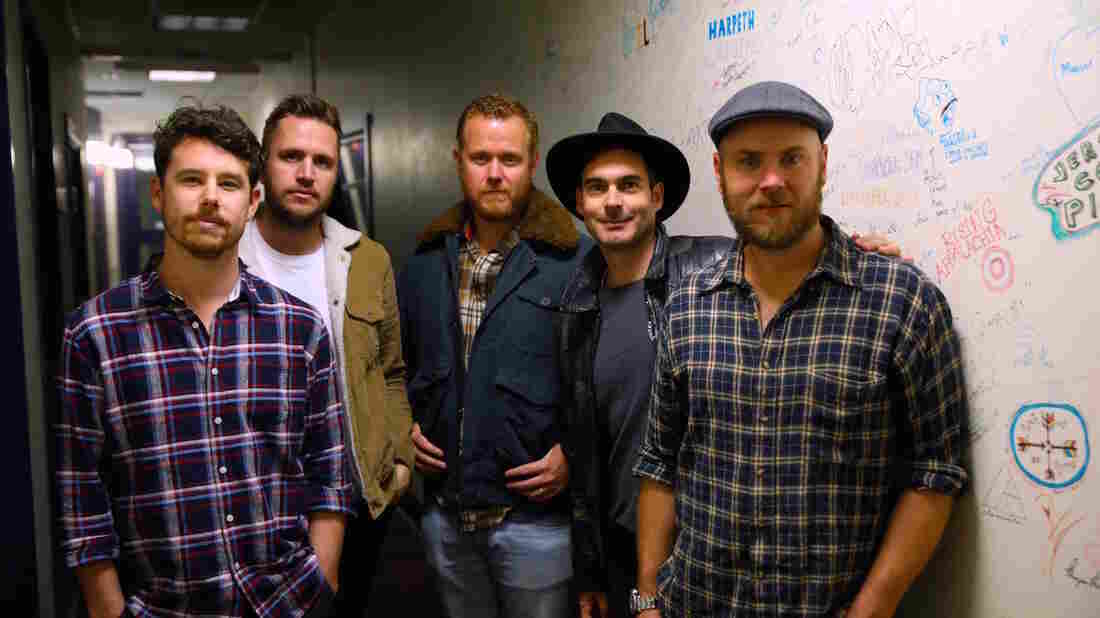 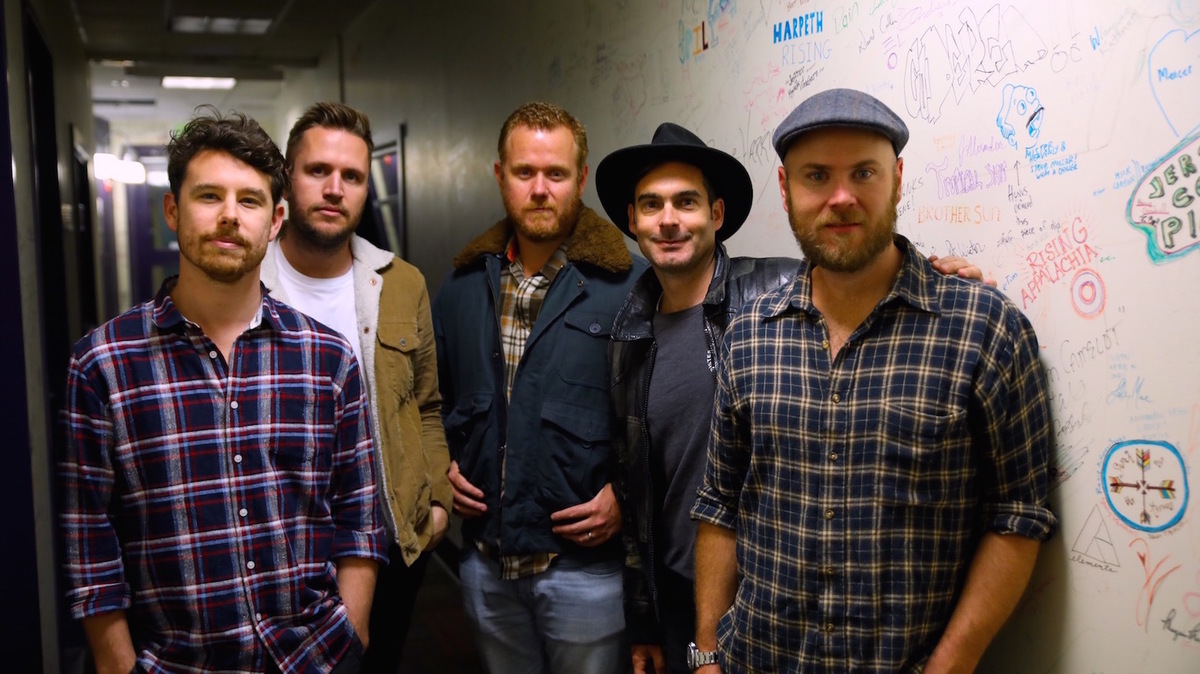 Boy & Bear outside of the World Cafe performance studio.

This week, World Cafe takes you to Sydney, Australia, with our Sense Of Place series. Our first guest is a band that has made a big impact here in the United States: Boy & Bear. The band, which is centered around the songwriting of David Hosking, released its third album, Limit Of Love, last year.

In this session, the band's members talk about the time they've spent in North America and how important it is to them to have a career in the States. It's also the first of many of this week's Australian bands to mention Triple J radio's Unearthed project. (In 2009, Boy & Bear won Unearthed's annual competition for unsigned bands, which kickstarted the group's career.) Hear the complete session in the player above and get a look into the studio for a performance below.