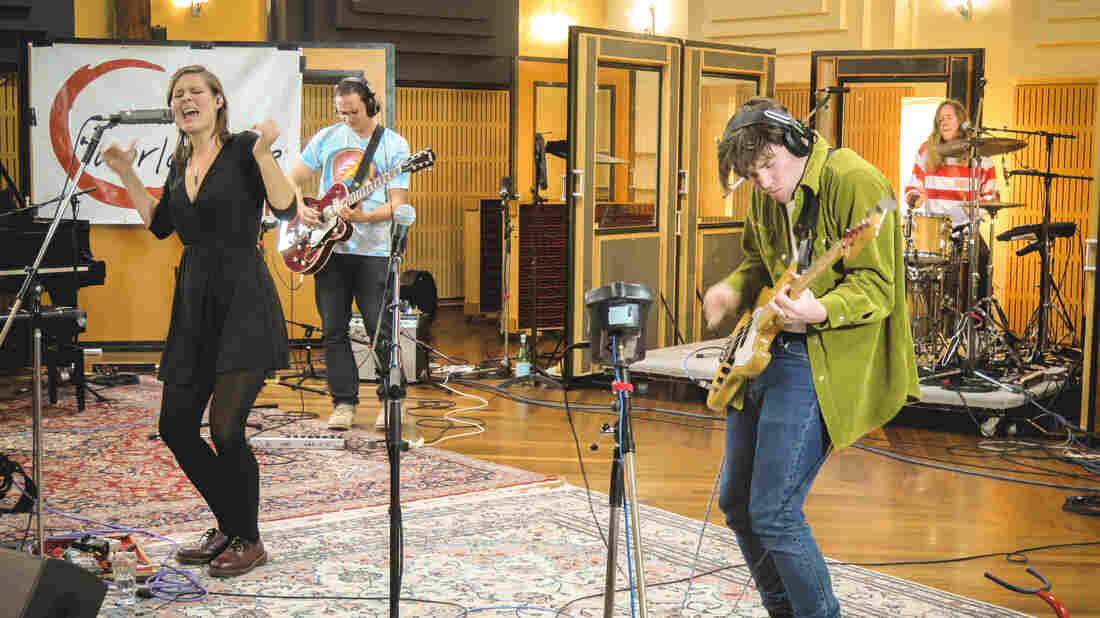 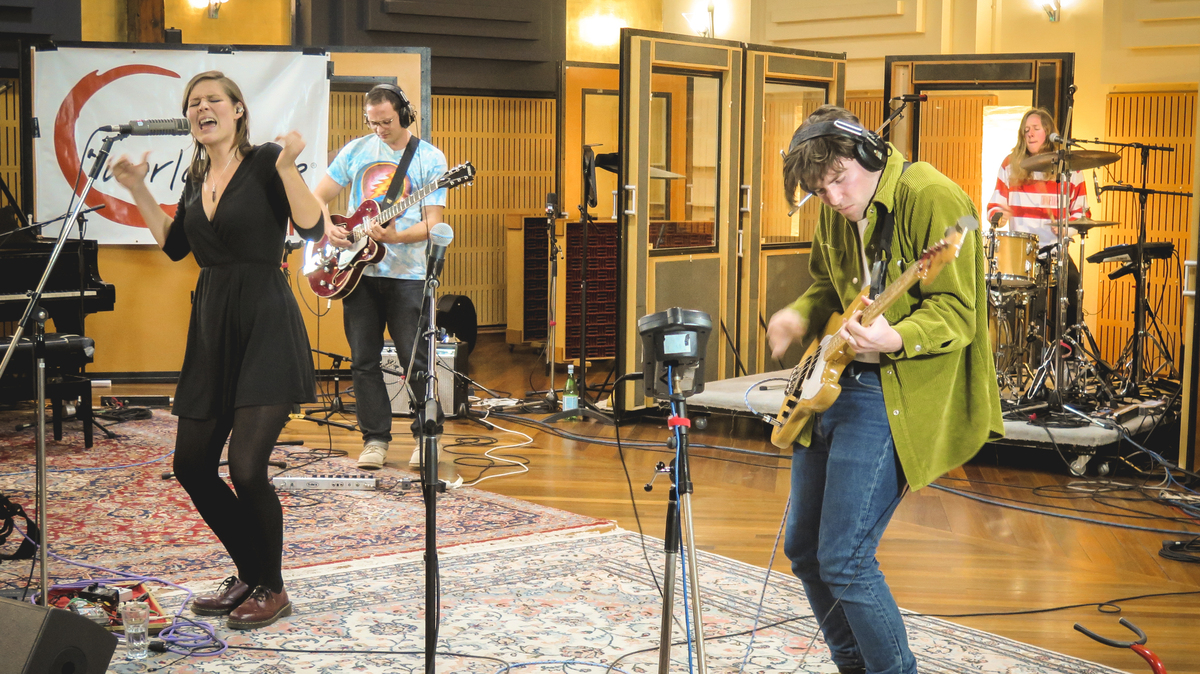 The Sydney three-piece Middle Kids has gotten a lot of mileage out of releasing just two singles. Sure, "Your Love" and "Edge of Town" are hook-laden, entirely delightful songs — but more than anything, it feels like people are looking toward the group's potential, and that's where things get exciting.

Lead singer Hannah Joy is not an unknown in Sydney, having already released a solo EP, but in Middle Kids she combines her voice with the talents of guitarist Tim Fitz and drummer Harry Day. The band has received much love and airplay from Triple J Radio and won an award to appear at the recent Iceland Airwaves Festival in Reykjavik. Everywhere we went in Australia and asked about new bands, people mentioned Middle Kids.

In this session, get a taste of Middle Kids' new EP, set for later this fall — and check out the video below, recorded live at Studios 301 in Sydney.