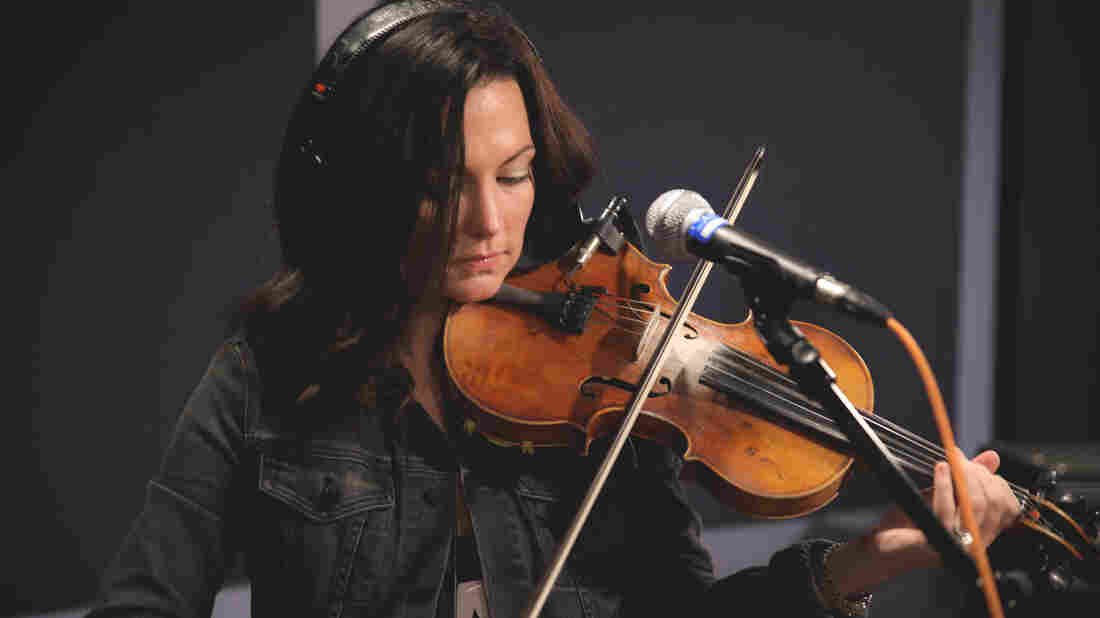 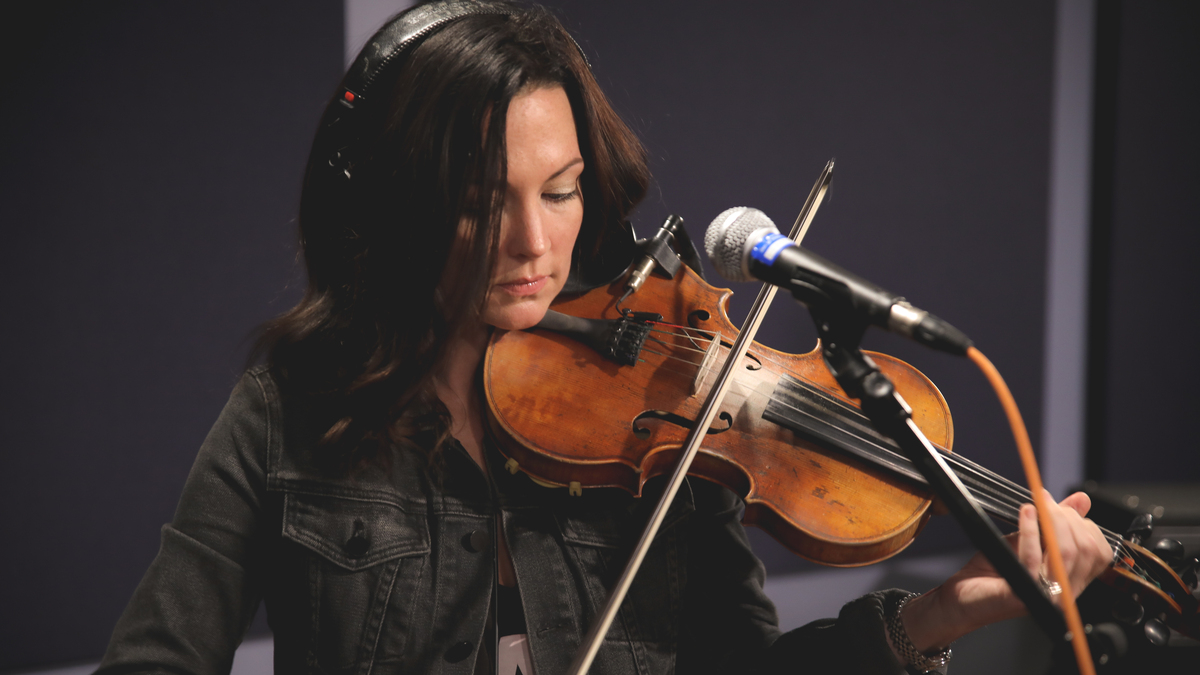 Amanda Shires first hit the road when she was 15 years old, as a fiddler with the Texas Playboys. Between releasing four of her own solo records and playing with the Thrift Store Cowboys or with her husband Jason Isbell's ensemble, The 400 Unit, she's been on the road ever since. Until recently, when — at 34 weeks pregnant — she decided it was time to take a break from the road, waddle home and sit down for a minute. Or at least that was the plan.

Shires found herself alone and overcome with too much excitement, fear, love and creativity to sit still. So she pulled out pen, paper and fiddle and poured it all into My Piece Of Land, a new record born just a few days before her first daughter. Shires visited World Cafe to play songs from that record and to talk about what home and family mean to her now. Hear the complete session in the player above and watch her performance of "When You're Gone" below.