Accessibility links
Dawg Yawp On World Cafe : World Cafe With the help of a local producer, this Cincinnati sitar-rock duo went from its hometown creperie straight into the studio. 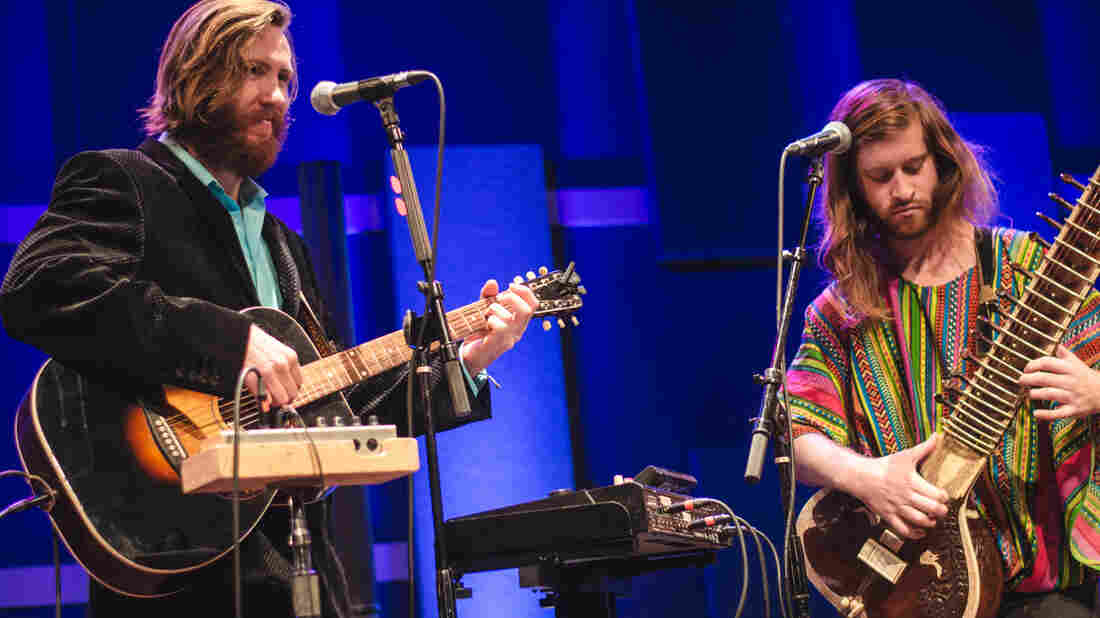 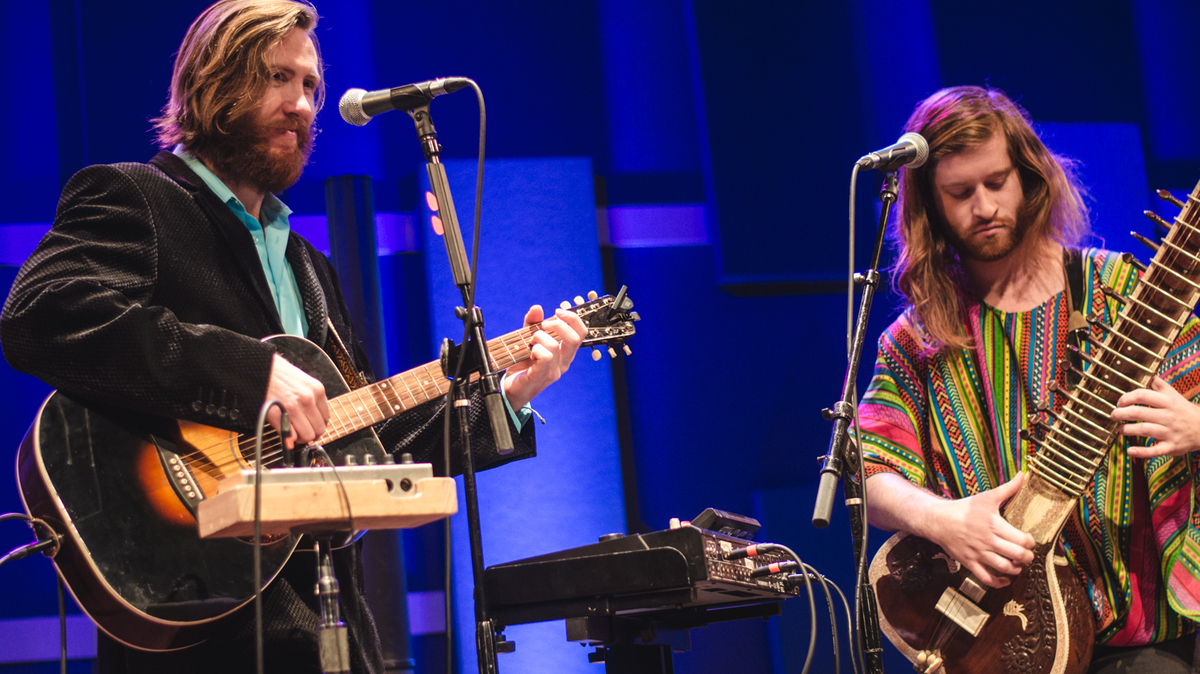 When Tyler Randall and Rob Keenan of Dawg Yawp were discovered by their manager and producer, fellow Cincinnati musician Rob Fetters, they were performing seated on the floor at their local creperie. You would think it was the uniqueness of Randall playing the sitar in rock music that caught Fetters' ear — but more than that, it was Dawg Yawp's songs, which treated the unusual instrument as anything but a gimmick.

Keenan and Randall quickly recorded an EP, along with the surprisingly wide variety of songs that became the band's self-titled debut. Check out video of Dawg Yawp onstage at World Cafe Live below, and stream the complete session in the audio player above.