Accessibility links
For Groundhog Day, Hear Public Radio's Records On Repeat : World Cafe If you had to wake up to the same record every day for the rest of your life, a la Bill Murray in Groundhog Day, what would it be? Public-radio hosts weigh in. 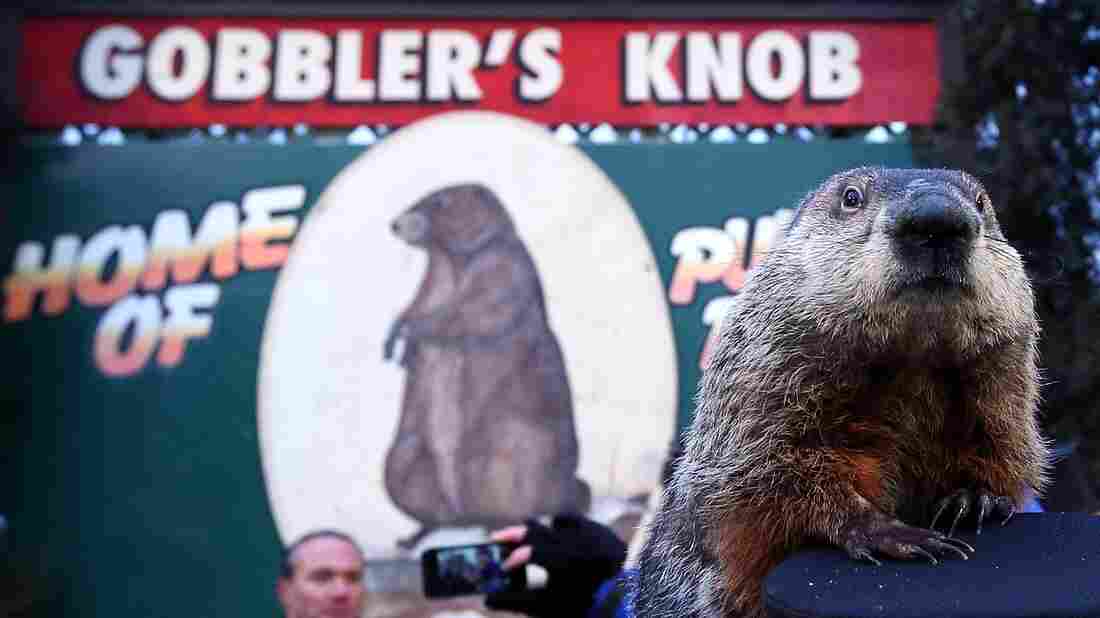 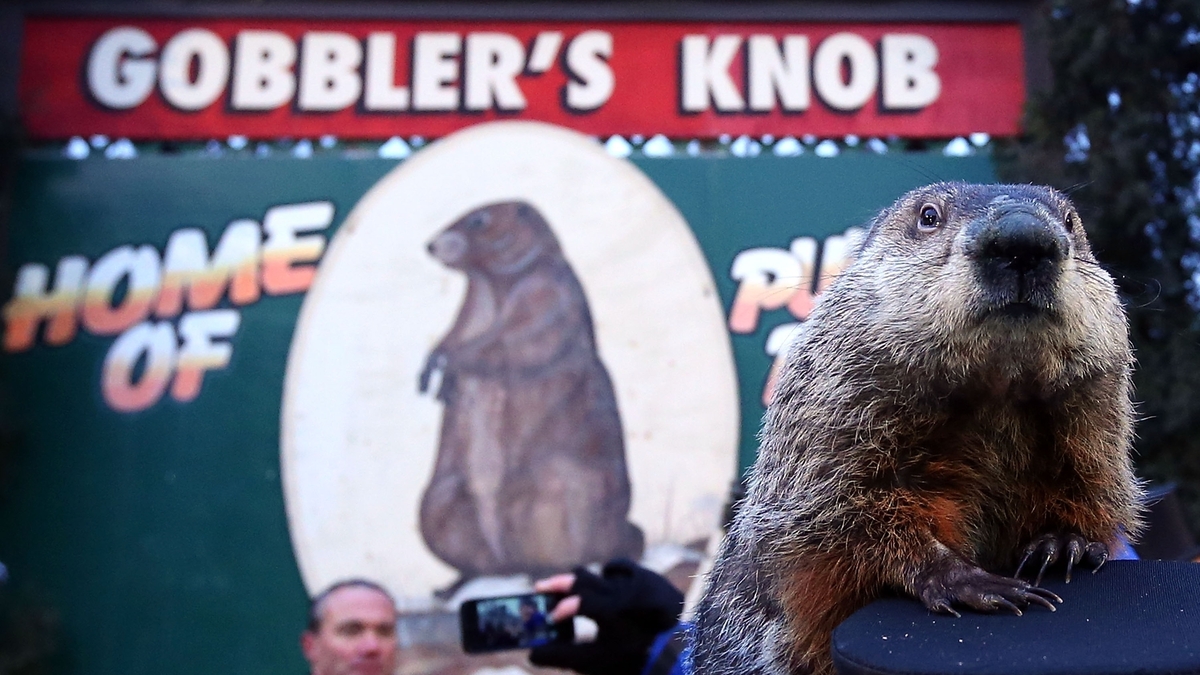 In Bill Murray's Groundhog Day, Punxsutawney Phil checks for his shadow every day on repeat.

When Phil Connors, Bill Murray's character in Groundhog Day, wakes up at 6 a.m. to an alarm clock playing Sonny and Cher's "I Got You Babe," it sounds like a lovely and chipper musical start to a regular day. That is, until — spoiler alert — Connors gets stuck in a time loop that forces him to relive that day over and over and over again, and therefore start the morning listening to Sonny and Cher. Every. Single. Day.

In honor of Groundhog Day, we figured we'd ask: If you had to wake up and relive the same record every day, over and over, for the rest of your life, what would it be? Here are what some of your public-radio pals wouldn't mind hearing on loop for all time.