Accessibility links
Arkells On World Cafe : World Cafe The Canadian band's sunny pop-rock spirit turns every rock show — whether in a college dive bar or a sold-out arena — into a dance party. 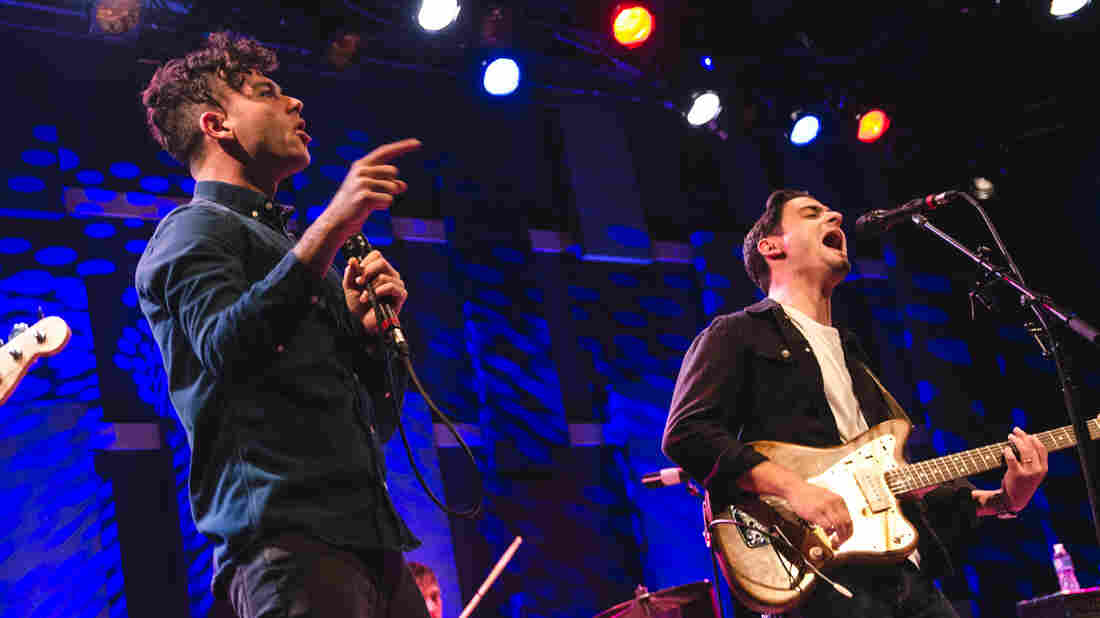 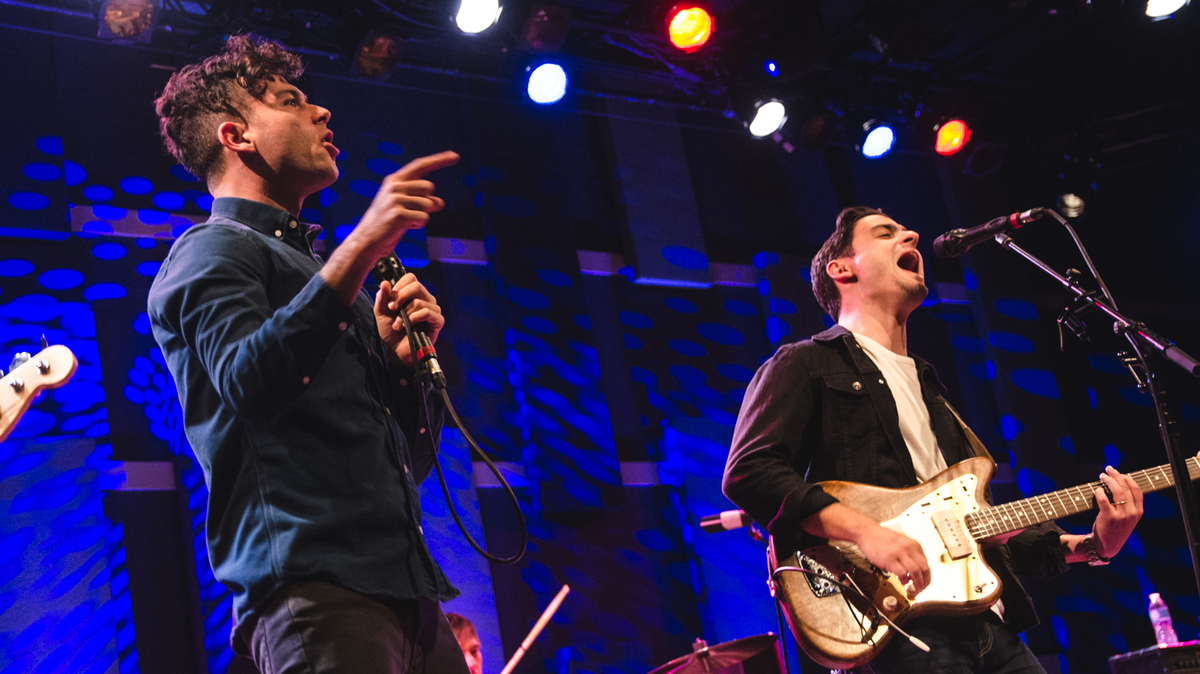 Think back to your college days and you can probably name at least one band that got together in its members' dorm rooms and played a couple of sweaty late nights at the local campus dive bar, but didn't make it past graduation. If that's the college-bar-band rule, Arkells is the exception. The band formed more than a decade ago in the dorms at McMaster University in Hamilton, Ontario, and last week it returned to that same city to headline its first sold-out arena show. It was a full-circle moment for a band that's earned its fans one bead of sweat at a time.

Arkells' fourth full-length album, Morning Report, features the sunny pop-rock spirit that it uses to turn every rock show into a dance party. It also features some real-life stories from the band members' friends, family and flames — including Drake's dad, Dennis Graham. Hear the stories and shake out your troubles in a session with this Canadian barrel of fun.