Accessibility links
World Cafe Nashville: Ahmed And Hasan Alzuabi : World Cafe Music City is home to a growing community of immigrants and refugees from the Middle East, including this Syrian father-and-son duo. 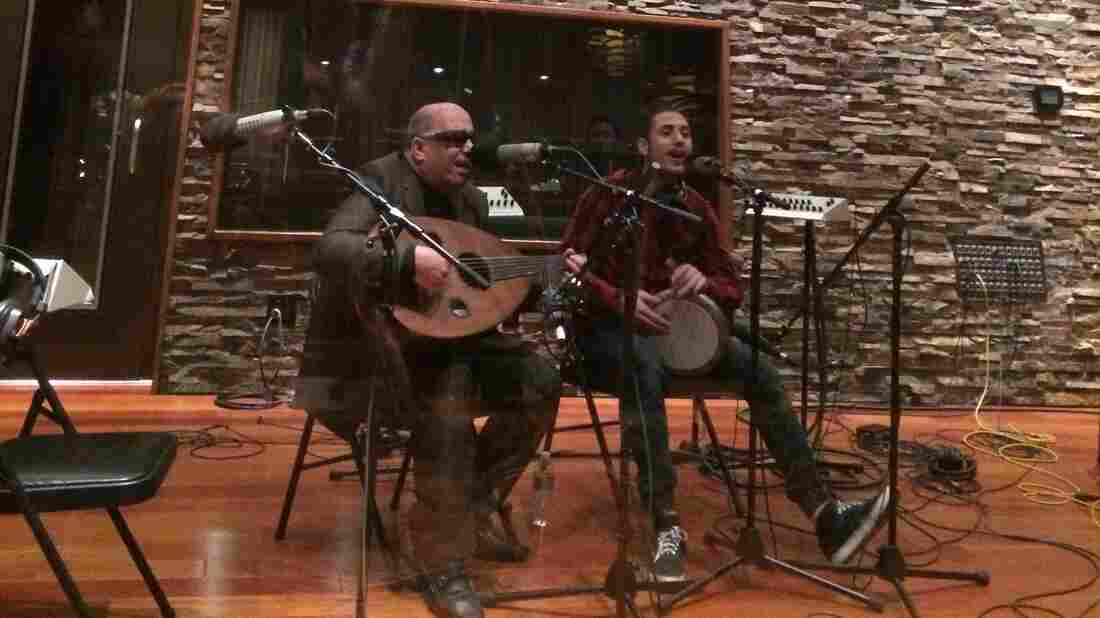 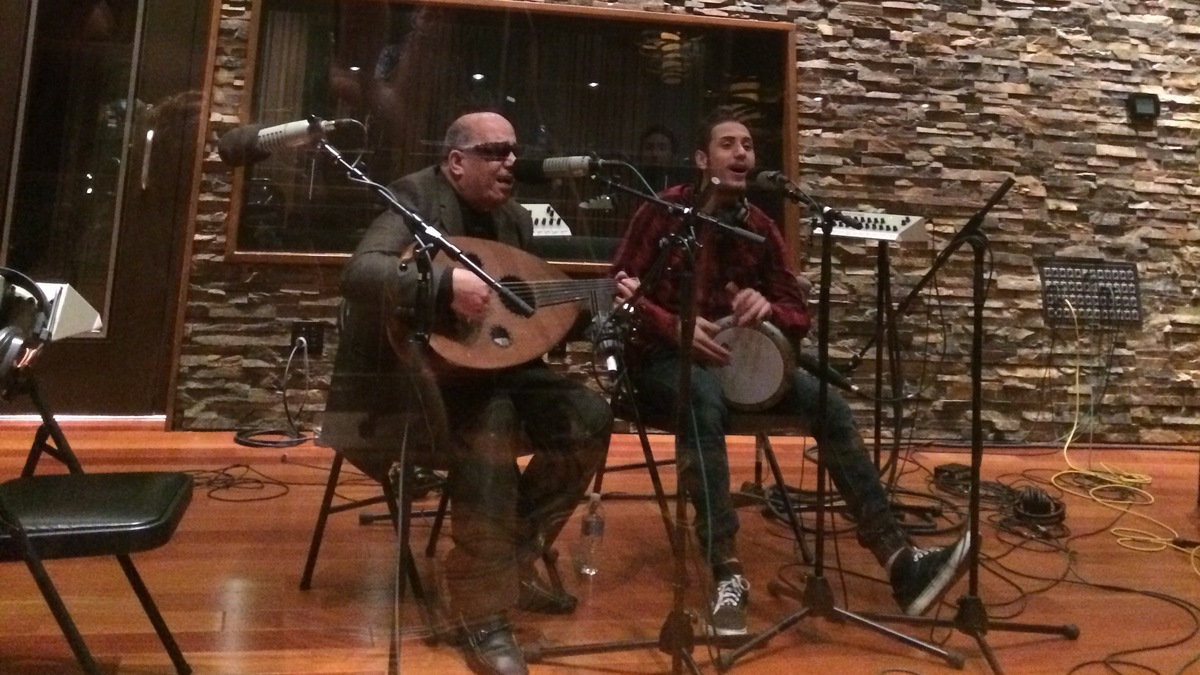 Almost a month ago, President Trump's immigration ban pushed words with long histories back into the foreground of the public conversation; one was "refugee." Since then, much analysis and inflated rhetoric has attached itself to that word, but not that many Americans have had (or have taken) the chance to interact directly with those to whom it applies. Music has long provided one way for outsiders to connect with refugees' hopes and fears. A recent encounter in Nashville reminded me of the revelations it bears.

Scouting cultural responses to the current political moment, World Cafe producer Kimberly Junod and I headed to the Basement East in Nashville one night not long after President Trump had first presented his executive order on immigration to observe a benefit concert for the Tennessee Immigrant and Refugee Rights Coalition. The evening, co-organized by the spirited soul woman Alanna Royale, featured many local luminaries: Adia Victoria read from the works of Toni Morrison; Ariel Bui, herself the daughter of Vietnamese immigrants to Louisiana, sang of her parents' experience; rock 'n' roll powerhouse Sarah Potenza covered Sam Cooke's secular gospel hymn "A Change Is Gonna Come." But the night's indisputable high point came when the Syrian father-and-son duo Ahmed and Hasan Alzuabi took the stage.

The Alzuabis arrived in Nashville in August after spending four years in Jordan waiting for their visas to come through. In their homeland, the elder artist trained as a vocalist and oud player; after being blinded in an accident as a young man, the 59-year-old maintained a career performing at parties and other social gatherings. His 21-year-old son, a dazzlingly adept tarabaki player, dropped out of high school when the family was relocated to the South and, along with his father, has been fitfully pursuing a music career here, playing at the hookah bars and restaurants around Nolensville Road, the center of Nashville's immigrant communities. (There is also a significant Kurdish community here.) Alanna Royale found the Alzuabis through a friend in the Syrian community, and they welcomed the chance to perform for a room full of tattooed hipsters on hand for some protest and a "Nasty Women" art show.

The craft-beer-drinking crowd chattered through most of the evening's performances, but when the Alzuabis took the stage, they were rapt. People moved toward the front and danced as a couple of family friends cut their own bravado moves onstage. These 15 or so minutes of music might have been the most joyful I've experienced in recent months, and Kimberly turned and whispered to me that we should try to book the Alzuabis for a session. Two days later, after a circuitous tangle of communiqués, they joined us at Sound Stage Studios for a brief interview and performance.

Our chat challenged me in ways to which I'm not accustomed. The two friends who had joined the Alzuabis on stage served as translators, and words flew across the microphone-filled room in multiple languages. What I did quickly learn was that Hasan and Ahmed Alzuabi shared the same ambitions that most musicians carry with them to Music City: to make a living through their art, to delight bigger audiences than what greets them at an average Tuesday night bar gig and — in the words of Hasan, whose style and sweet smile would perfectly suit a boy band — to "get famous." To my ears, the music they performed was mysterious and deeply powerful. When I asked Ahmed what the lyrics were about, what he said proved that these songs are also universal, but in a way I hadn't expected. "They're about flirting and loving our homeland," he said. Just like country music, I thought.