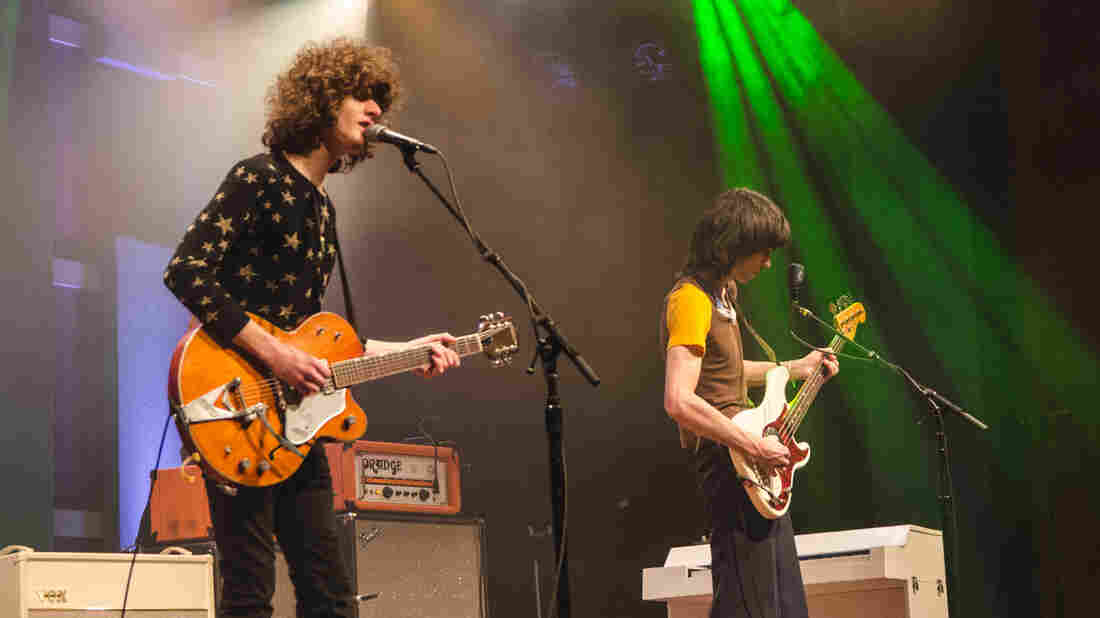 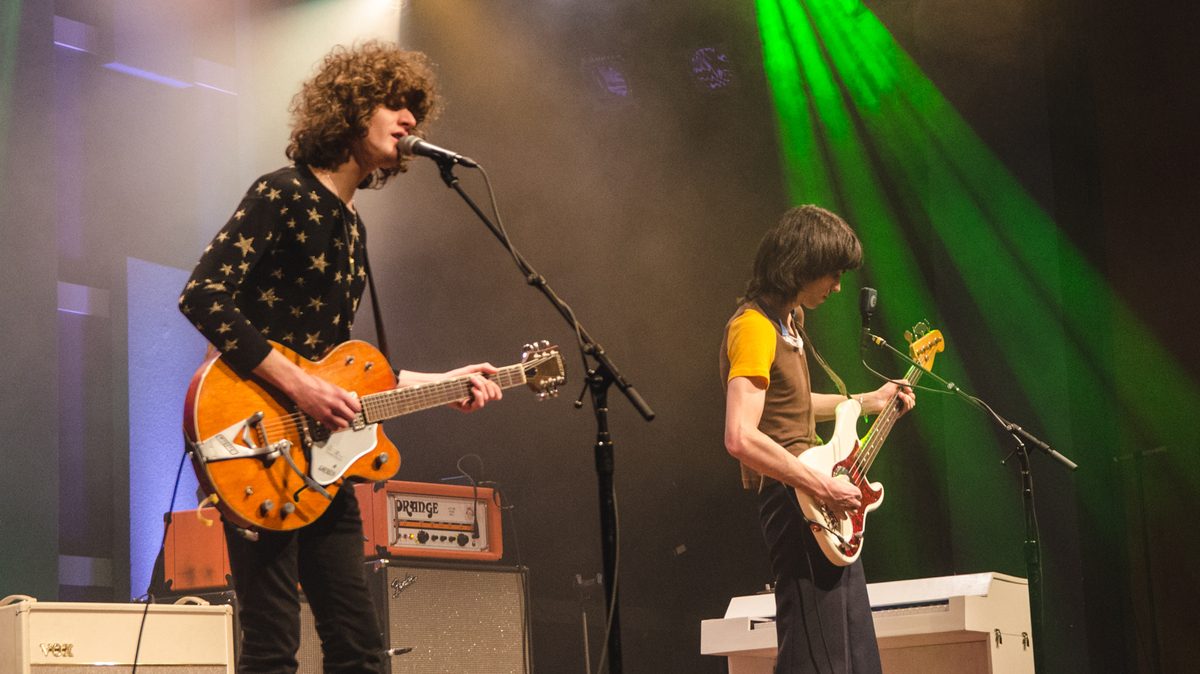 Back in 2012, Thomas Walmsley and James Bagshaw took a couple songs they had been working on in a home studio in a small town in England, and uploaded them to YouTube. Before they even had a full band, they had fans, gigs and a handshake record deal. They called themselves Temples — and they unleashed a full-length debut, Sun Structures, in February 2014. Drenched in '60s and '70s guitar-based psychedelia, the album was instantly loved.

That debut launched Temples into an 18-month tour, coupled with a whole lot of critical acclaim. When a band's first record is that impactful, the question it always has to answer is "what's next?" Hear Temples' soaring, sophisticated and explosive response as it performs live tracks from its latest, Volcano, in this session.