Accessibility links
Valerie June On World Cafe : World Cafe The Tennessee singer begins this interview with a curious remark: "I really don't want to be in control anymore, of anything." Hear her play songs from her new album, The Order Of Time. 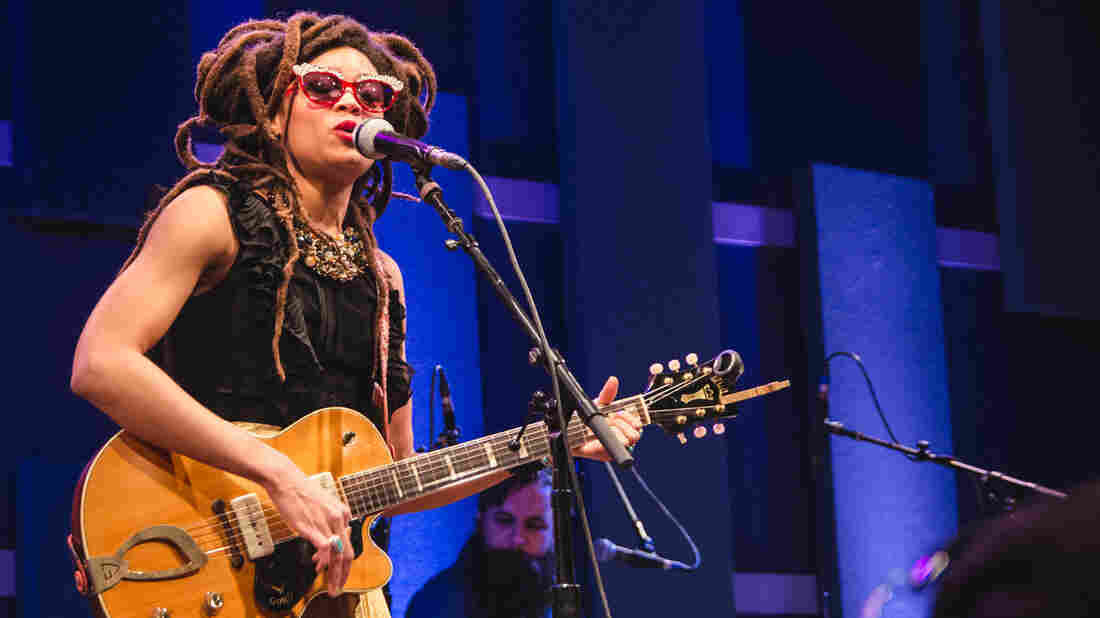 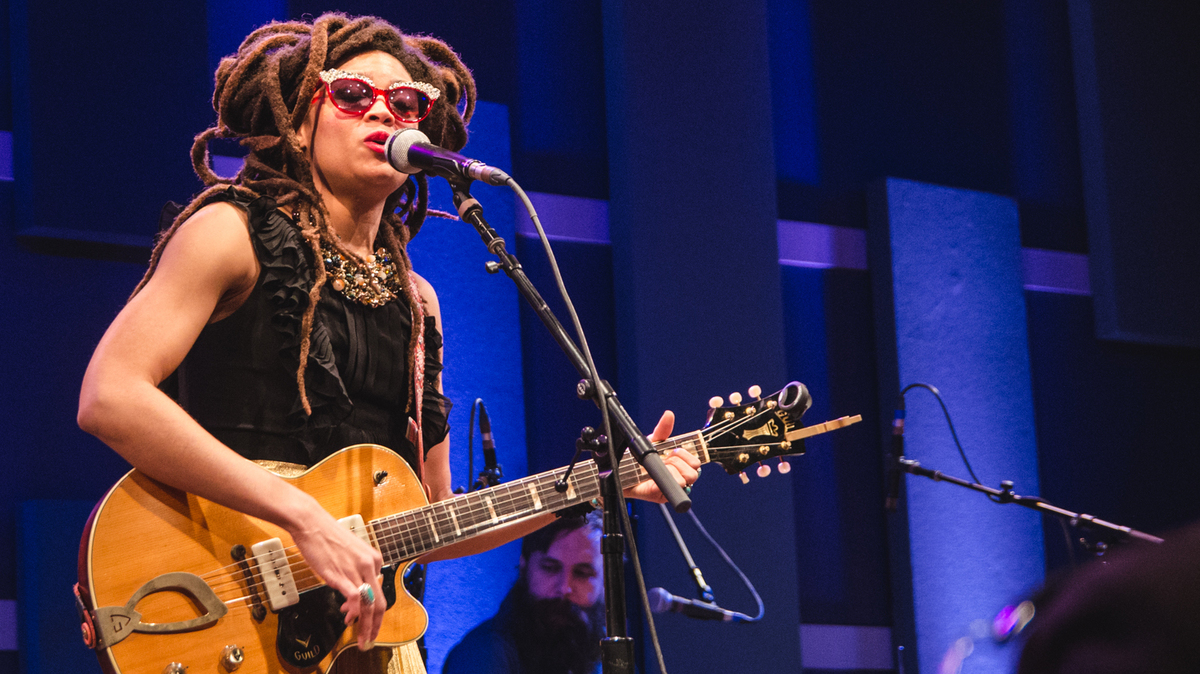 Valerie June releases her new album, The Order Of Time, Friday. It's the follow-up to her 2013 breakout album, Pushin' Against A Stone, which was produced by Dan Auerbach of The Black Keys. June was influenced by the church, family members and the music of Memphis, where she grew up and first began performing. She may have relocated since then, but her roots are strong.

In this session, hear an interview that begins with June walking into the room and remarking, "I really don't want to be in control anymore, of anything." Check out where our conversation went from there in the player above, and watch a song from her World Cafe Live performance via VuHaus below.