Accessibility links
Strand Of Oaks On World Cafe : World Cafe The never-reticent Timothy Showalter discusses how his latest album, Hard Love, deals with the pull between domesticity and the call of the wild. 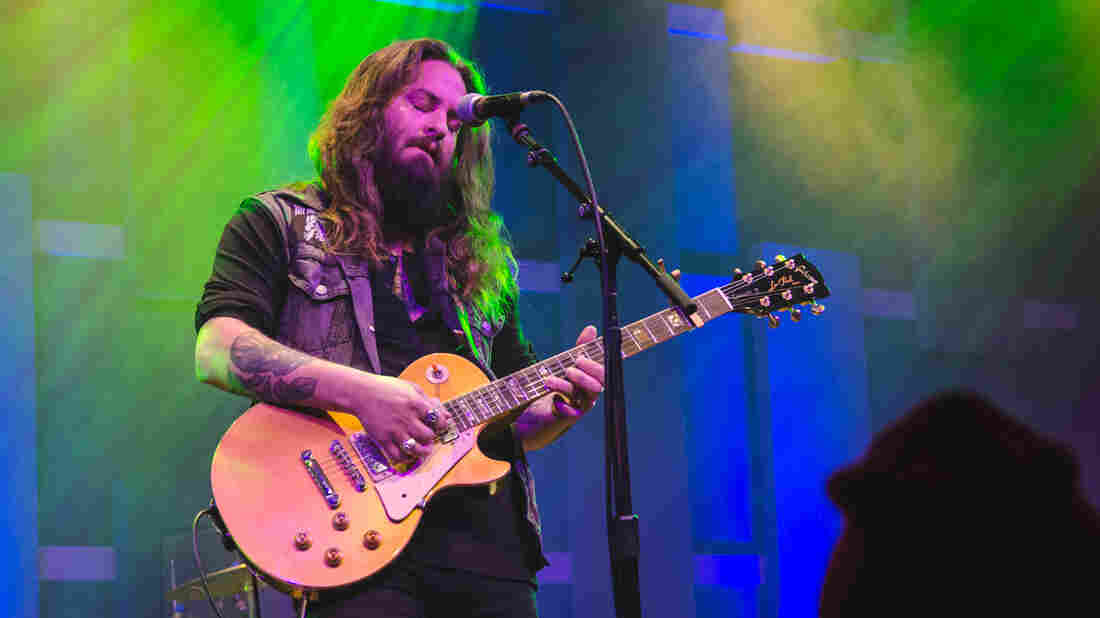 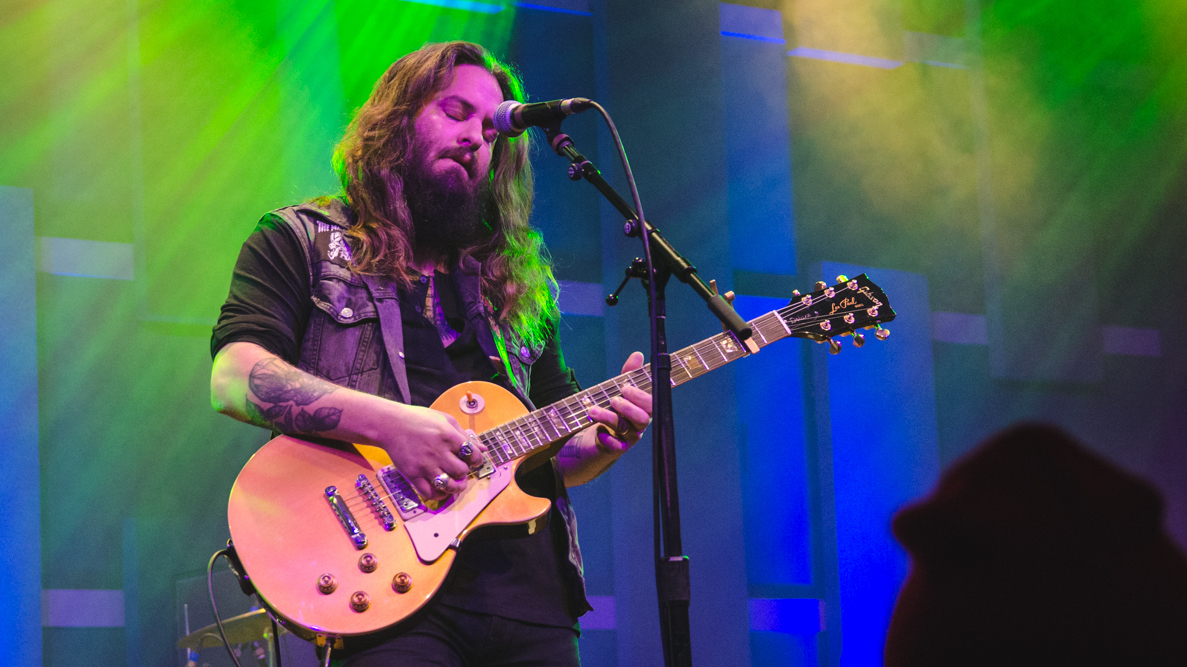 Strand Of Oaks performs at WXPN's Free At Noon concert at World Cafe Live in Philadelphia.

Timothy Showalter is the band called Strand of Oaks. Originally from Indiana, Showalter now lives in Philadelphia, where he's reimagined himself as a rocker after releasing a couple of quieter albums. This latest phase of his career started with his well-received 2014 album Heal; he recently released the follow-up, Hard Love.

The never-reticent musician joins World Cafe to talk about the volatile relationship that has provided fodder for songs on both Heal and Hard Love. In this interview, Showalter says he's beginning to get a handle on the pull between domesticity and the call of the wild. He also discusses reconnecting with his rock 'n' roll adolescence via an anthem on Hard Love called "Radio Kids," which he says had an ecstatic birth. "I knew it was good because I was, like, sweating with excitement after it was done," he says. "My wife would get home from work and she would be like, 'What is the matter with you?' and I would just be like pacing manically and being like 'I did something today.' "