Accessibility links
Sting On World Cafe : World Cafe In the midst of his 57th & 9th tour, Sting sits down in the studio with World Cafe's new full-time host, Talia Schlanger. Hear the full conversation and watch excerpts via VuHaus. 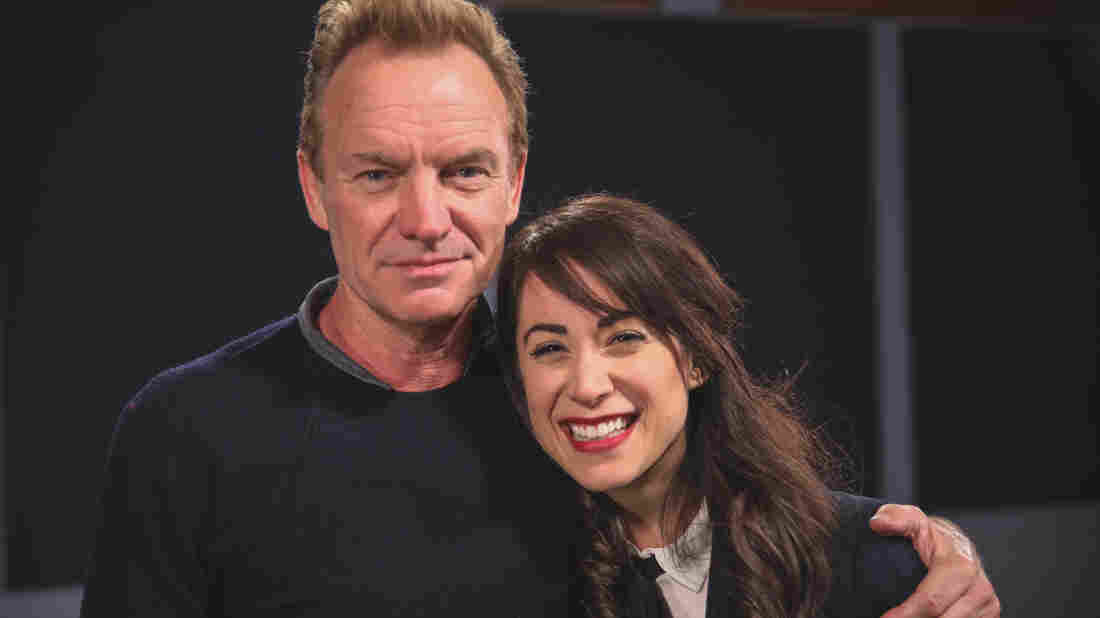 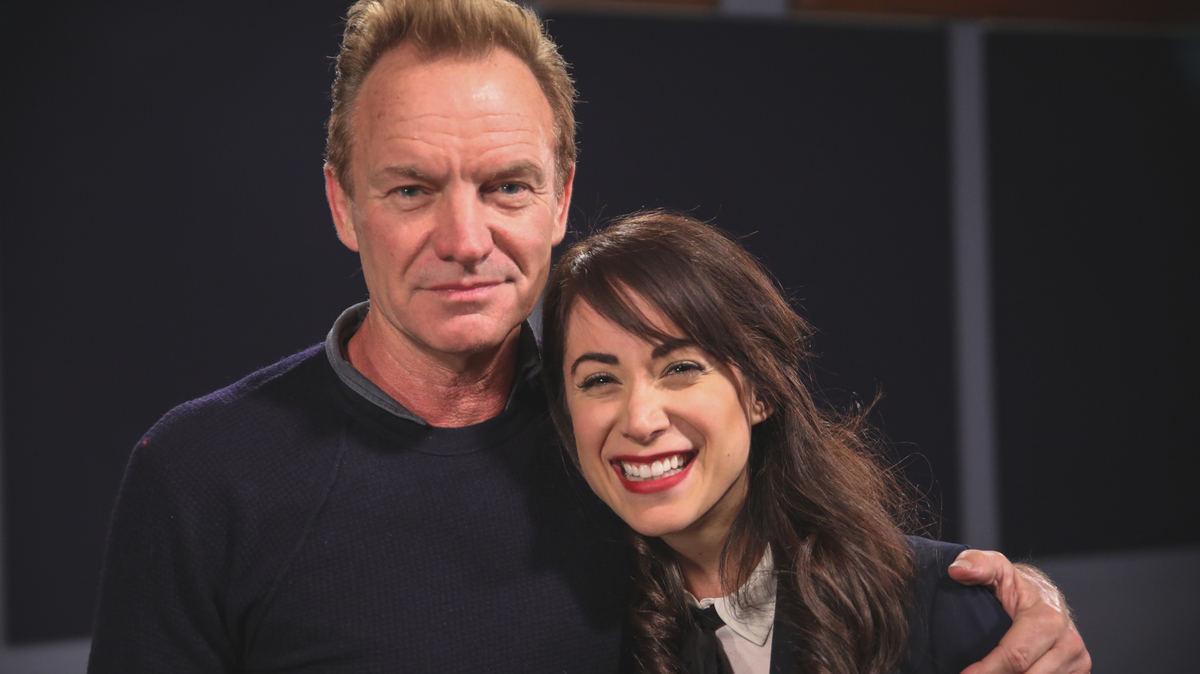 When Sting set out to write his latest record, 57th & 9th, he says he had to "play tricks on [himself] to get the creative juices flowing." He'd step out on to the terrace of his New York apartment in the freezing cold and tell his wife, Trudie Styler, "Don't let me back in until I've finished a lyric." He calls this self-imposed, cold quest "hunting" for the muse, and the fruitful bounty he collected is on full display on 57th & 9th.

Lyrically, Sting's new album spans from songs about climate change to the deaths of his colleagues and icons like Prince and David Bowie and to the very act of songwriting. Musically, 57th & 9th is full of snapshots from four decades of a life lived in song, and so is the tour he's on right now to promote it. His set list each night highlights brand-new material, but also digs way back to early Police classics like "Walking On The Moon," "Every Breath You Take" and "Roxanne." Below, Sting tells World Cafe's Talia Schlanger about the real-life moment in Paris that inspired him to write "Roxanne" in his early 20s:

By the time The Police took America by storm with its debut Outlandos d'Amour in 1978, Sting had spent a lifetime dreaming about what it would be like to leave his hometown of Wallsend, England, and make it overseas. That dream began when, as a child, he caught the Queen Mother's eye:

Sting went from that childhood experience to being appointed Commander of The Most Excellent Order of the British Empire in 2003. Between his own solo work and his time with The Police, Sting has sold more than 100 million albums and is one of the most celebrated artists of our time. But when asked what he's most proud of, Sting doesn't name any of those achievements:

Hear the full World Cafe session in the audio player above.