Accessibility links
PWR BTTM Brings A Glittery Punk 'Pageant' To World Cafe : World Cafe Leaving a trail of microphones covered in makeup and glitter behind them, the queer power-punk band makes music for everyone. Hear an interview and live performance. 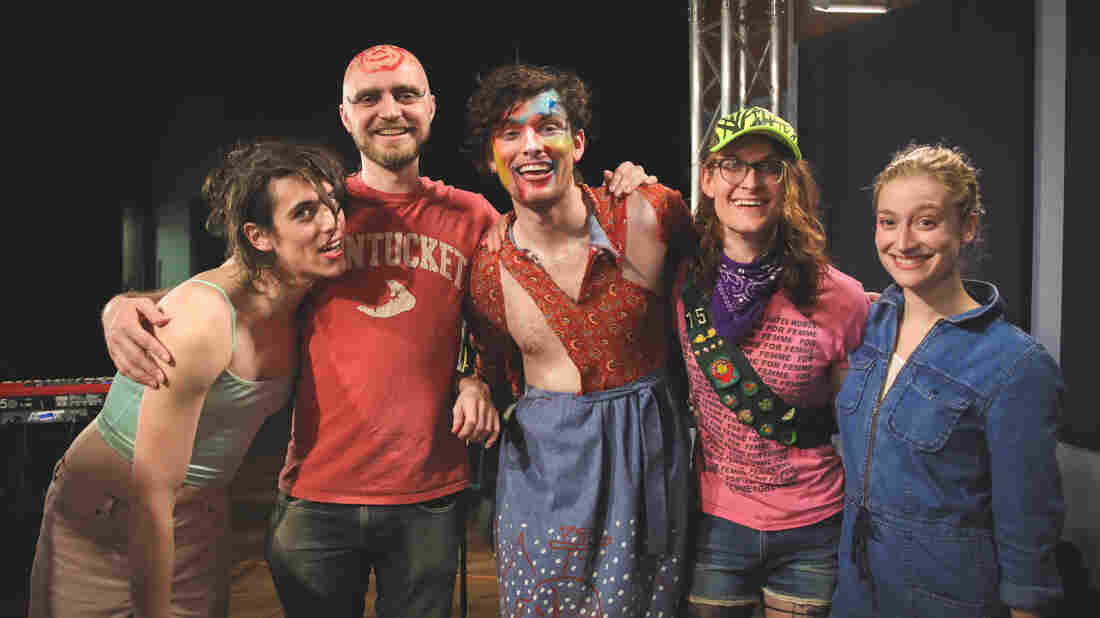 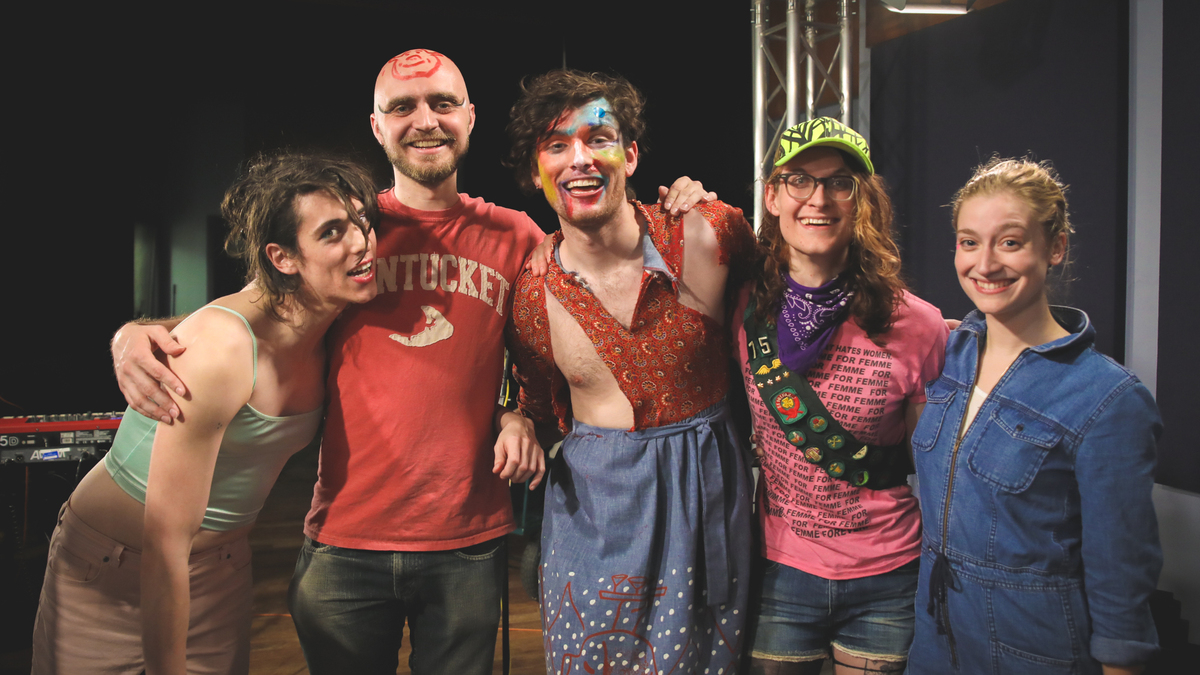 Here at the World Cafe studios, we have a bunch of different microphones for artists to use when they come in to perform. The other day, our senior producer, Kimberly Junod, pulled out one that had been used a couple weeks ago — and it was covered in face paint, lipstick and glitter. She showed it to the rest of us and said, "Give you one guess who used this last."

And of course, it was PWR BTTM, a band that leaves an impression in more ways than just makeup on a mic. At the core, the band is Ben Hopkins and Liv Bruce, who describe PWR BTTM as a queer power-punk band. But their music is for everybody: They use rip-roaring punk to expand the conversation around gender identity, sexuality and the blurriness of being non-binary.

Bruce and Hopkins first met, in a very adorable way, at Bard College in New York — they'll tell that story in this session. They'll also talk about touring America as a vocally queer band during election year and dealing with protesters at their shows. Hear the live performance and complete interview in the player above and get a look inside the studio in the VuHaus video below.