Accessibility links
Chris Stapleton And His Wife, Morgane, Reach Into Their Song Bag For 'From A Room: Vol 1' : World Cafe For his new album, the country legend-in-the-making and his wife recorded fresh versions of songs culled from his years as a highly regarded Nashville songwriter. Hear their interview with World Cafe. 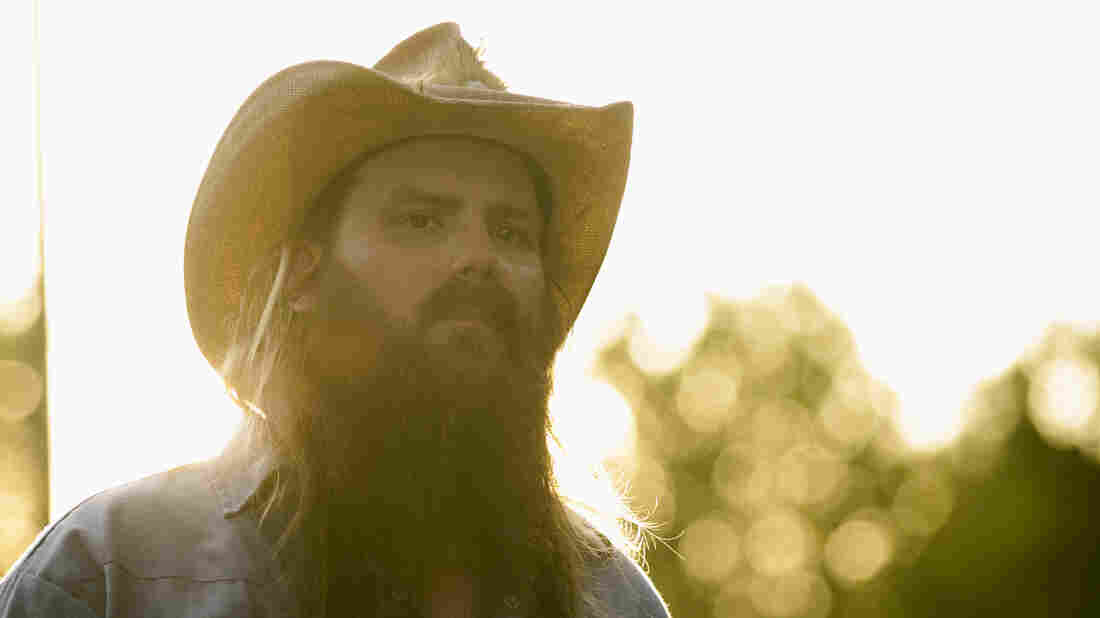 Chris Stapleton has released From A Room: Vol. 1, the follow-up to his award-winning solo debut. Andy Barron/Courtesy of the artist hide caption 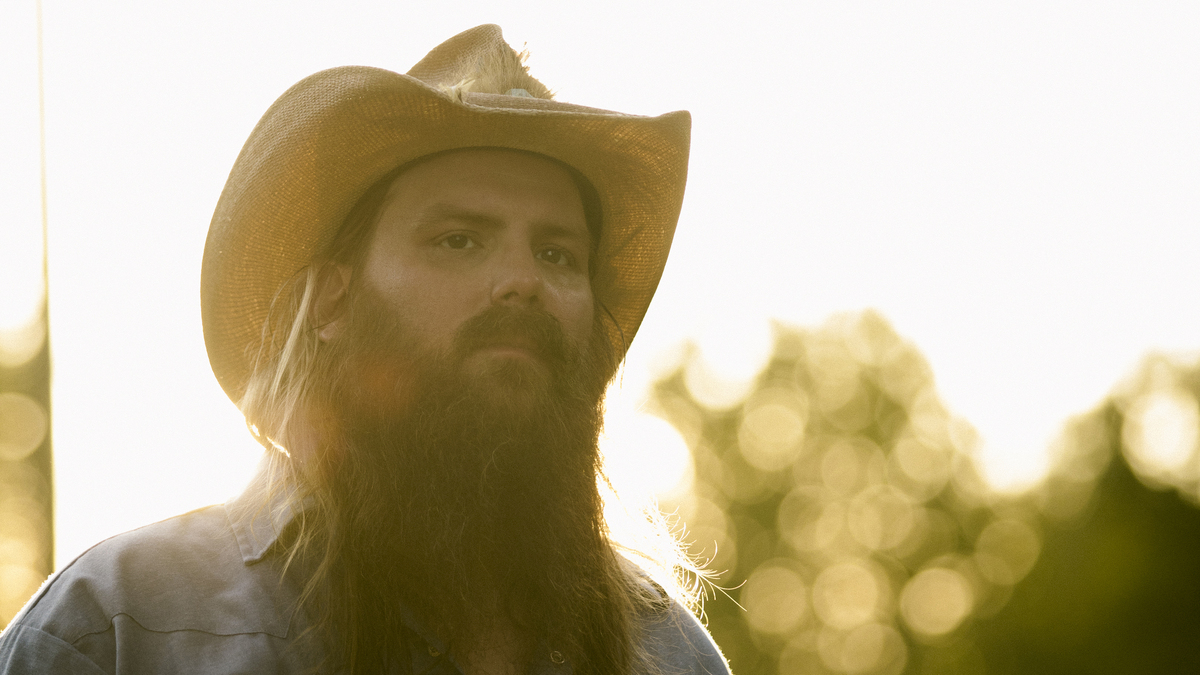 Chris Stapleton has released From A Room: Vol. 1, the follow-up to his award-winning solo debut.

Andy Barron/Courtesy of the artist

Fans throwing back whiskey while listening to Chris Stapleton, or hollering in delight at his thrilling shows, might be surprised to learn that country's woolly legend-in-the-making is actually kind of a nerd. He spends time online bidding on old guitar pedals so he can replicate the sounds on his favorite Staple Singers albums, and thinks a great date with his wife, Morgane, is a trip to a record store to scour the dollar bins. Morgane is a nerd too, but the organizational sort: For years, she's kept track of Stapleton's vast array of songs by burning them on CDs and cataloging them. Their habits combined in an interesting way to shape the new Chris Stapleton album, From A Room: Vol. 1.

The follow-up to Stapleton's award-winning solo debut Traveller presents fresh recordings of songs culled from the songwriter's many years as one of Nashville's semi-secret weapons. Stapleton obsessives will recognize crowd favorites like the soulful "I Was Wrong" and the stomper "Second One To Know." That latter track was co-written by Mike Henderson, who was in the bluegrass band The SteelDrivers with Stapleton; From A Room: Vol. 1 also highlights the writing relationships that helped the golden-voiced Kentuckian form the sensibility that makes his recordings so special.

That sensibility is well grounded and wide-ranging. From A Room: Vol. 1 demonstrates Stapleton's fluency in classic country, hard-driving rock and raw Southern soul, with the gospel-inspired "Broken Halos" setting off an arc that eventually lands in the deep blues of "Death Row." As is their modus operandi, Morgane worked with Chris to select the songs, and producer Dave Cobb weighed in too. They brought the material into the historic RCA Studio A on Music Row — the Chet Atkins-constructed space that's Cobb's main base of operation these days — where vintage equipment, high ceilings and history stained into the walls inspired performances that ring with emotion.

On a sunny May Tuesday, Chris and Morgane sat on the burnt-orange leather couch in Studio A's control room to talk with me about the making of this album and the journey that's swept them up since Traveller became one of the great critical and commercial successes of 2015. Grounded and gracious, they embodied the openness and grace that is the best of Nashville right now. Hear our conversation at the audio link, and read on for highlights.

On the difference between playing smaller clubs and larger venues

Morgane Stapleton: This has been a topic of conversation a lot these days, just with us and the guys in the band, with [bassist] J.T. [Cure] and [drummer] Derek [Mixon] — trying to find that same sort of feeling of connection in such a bigger room with more people, feeling that much farther away from 'em. You're overwhelmed by the fact that 13,000 people would show up, and they're all in one place, and the way the rooms sound differently. So to me there's a lot of pluses and minuses in that way, where I miss the intimate thing. But in the rooms that we're playing now, a whole different feeling is sort of conjured up by the space and just the sheer number of folks willing to show up. It's — hard to believe.

Chris Stapleton: To expand on that, I always want to try to create that for that many people. I want the dude in the top row to feel like he's down there on the front row in a club. Now, are we achieving that yet? I don't know. We're working on it. But that's what I would want out of a show, if I came to a big show. And I've been to shows that do that fairly well — Paul McCartney's really good at doing that. Like, you can see him in a baseball stadium and you feel like — there he is. Of course, he has enormous screens — we have screens, but not Paul McCartney screens. [Laughs.]

Morgane Stapleton: Well, we haven't changed the way we set up, either. We still use wedges [instead of in-ear monitors], and we all stand as close together as we would on any small stage, you know. It's the same setup if the stage is five times that size. So we still very much operate like we would in a club.

On whether Chris consults with Morgane every step of the way

Morgane Stapleton: I don't know about every step, but — yeah, he definitely, I think, leans on me for songs. And then there's some, too, that he's just determined to do. "Traveller," actually, was one of those, where — not that it wasn't on my list, but I had songs ahead of it. And I was wrong about that one, so — maybe not every step of the way, but definitely a lot of the steps.

Ann Powers: Have you ever had a serious disagreement where you just couldn't get him to do the song you wanted him to do, or--

Chris Stapleton: We are married, so yes.

Chris Stapleton: Well, I didn't refuse to do it. We just didn't get to it.

Morgane Stapleton: How convenient. So maybe one day, OK. Leave that door open. I like it.

On finding a balance between innovation and staying true to oneself