Accessibility links
Valerie June Helps Celebrate Sun Records' Legacy : World Cafe She covers the Carl Perkins song "Sure To Fall (In Love With You)" for the new compilation Red Hot: A Memphis Celebration of Sun Records, co-produced by Luther Dickinson. 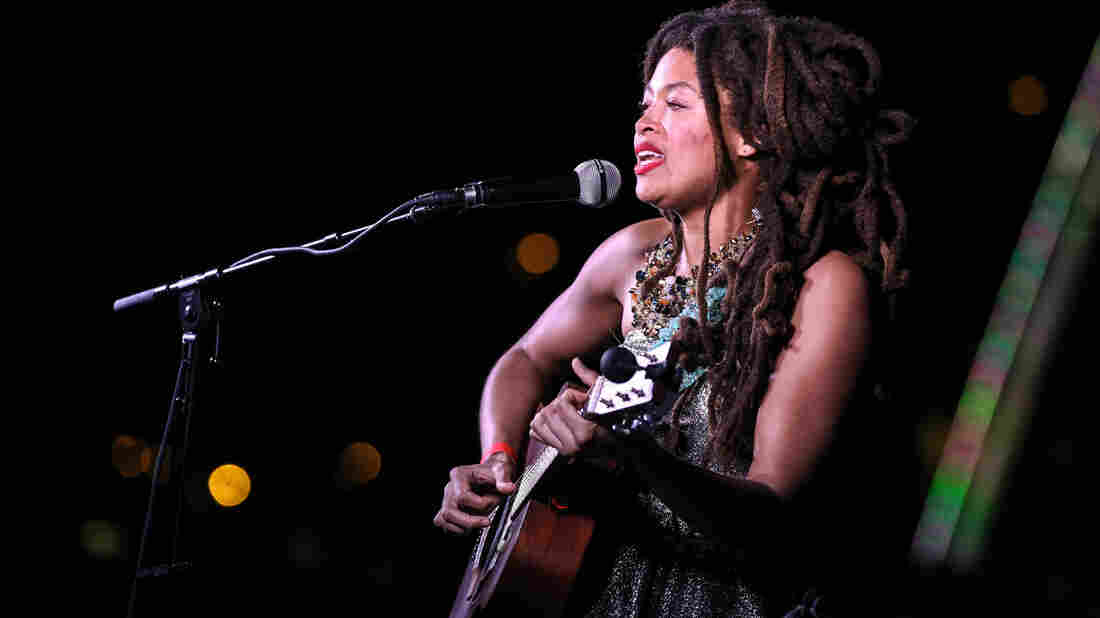 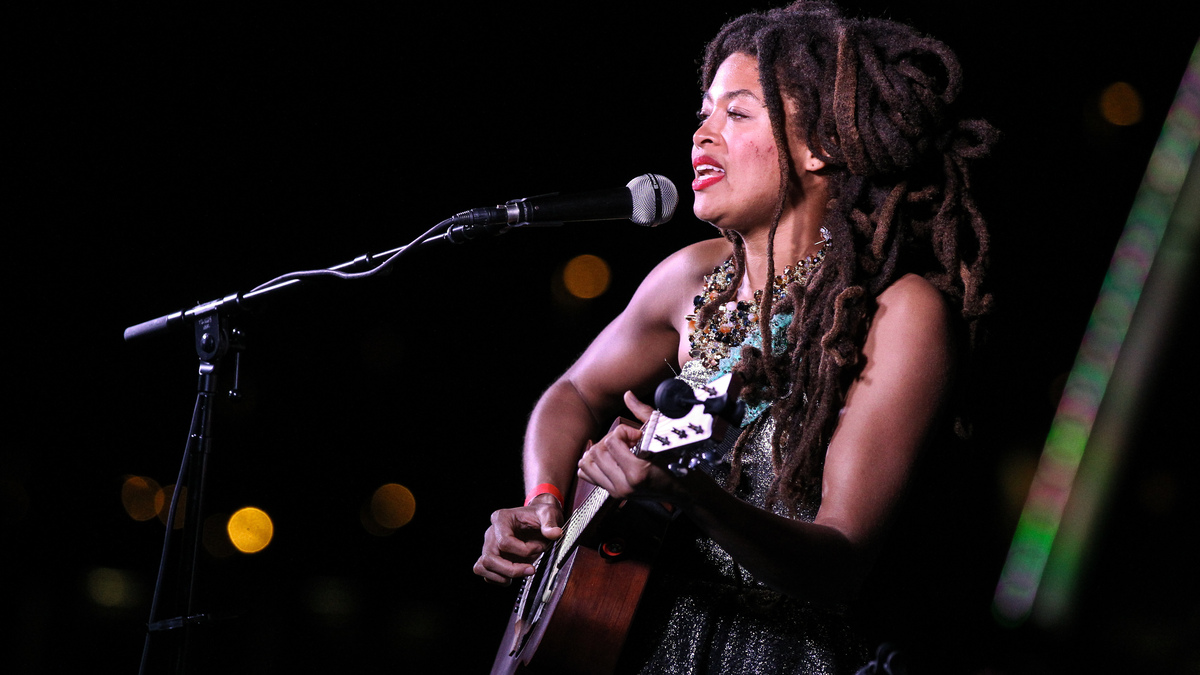 Valerie June performs during the 2015 AmericanaFest in Nashville, Tenn.

Celebrating the legacy of Sun, a number of musicians including blues artists Bobby Rush and Alvin Youngblood Hart, singer-songwriter Valerie June, Luther Dickinson (North Mississippi Allstars), Jimbo Mathus (Squirrel Nut Zippers) and others have contributed to Red Hot: A Memphis Celebration of Sun Records. The album is being released June 16 via Americana Music Society, with proceeds going to St. Jude Children's Research Hospital. The collection was co-produced by Dickinson and Nashville-based writer and producer Tamara Saviano.

Valerie June contributes a sweet and tender cover of "Sure To Fall (In Love With You)," originally recorded by Perkins in 1955. In an email, June explained her decision to cover the song:

I grew up down the street from Carl Perkins, so when they asked me to be a part of this project, I knew I was going to choose a Carl Perkins song. To me, he is one of the most underrated artists from the Million Dollar Quartet. I love Memphis, but I love Jackson, Tennessee, too! The Sun era was truly a multi-genre time period in music, and I'm all about showing how Tennessee held its place in creating the foundation for the universal sounds that we enjoy today.

Listen to her cover of the song below, and compare it to the original by Perkins, featuring his brother Jay on harmonies.