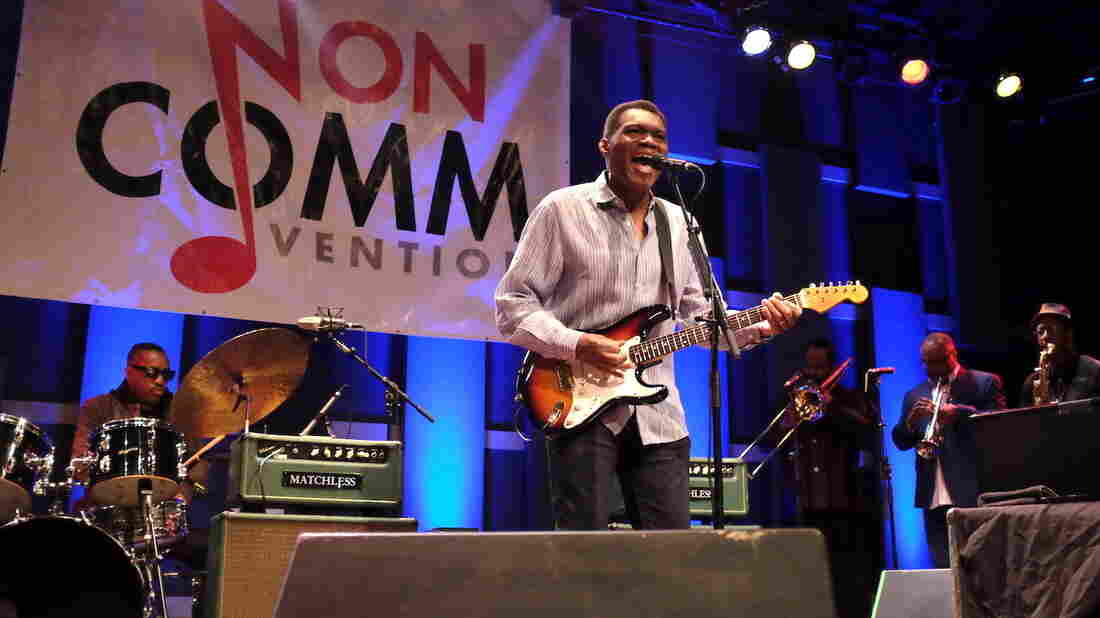 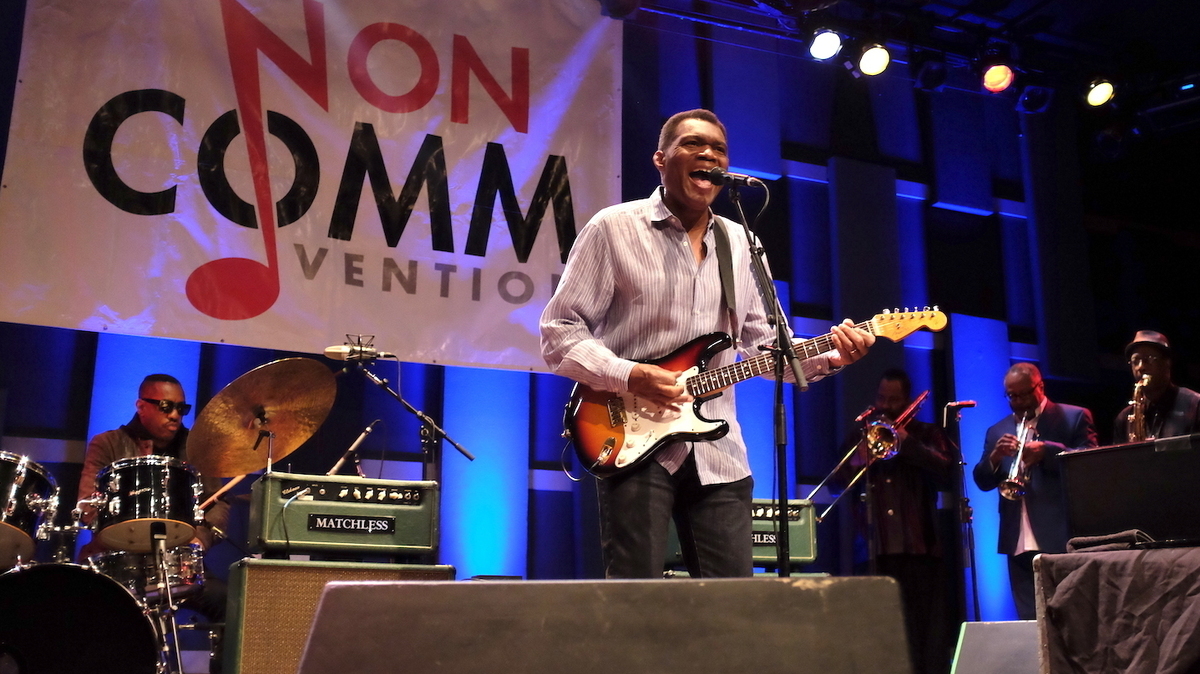 Even if you've never heard of Memphis' Royal Studios, you probably know some of the records made there. Royal was the home studio of Hi Records and producer Willie Mitchell in the '70s; it's the birthplace of countless Al Green hits, including "Tired Of Being Alone" and "Let's Stay Together," as well as records by Ann Peebles, Syl Johnson and others.

Fast-forward a few decades, to the present. Robert Cray, a Hall of Fame blues guitarist 20 albums into his career, is a particular fan of onetime Hi artist O.V. Wright. So Cray's friend and producer, the drummer Steve Jordan — who's also worked with Eric Clapton, Keith Richards and John Mayer — suggested they make an album together at Royal Studios, with the original Hi Rhythm section. (Willie Mitchell's son, Boo Mitchell, runs the studio today.)

In this session, Jordan and Cray talk about the record that resulted: Robert Cray & Hi Rhythm. You'll also hear songs from that album performed before a live audience at World Cafe Live in Philadelphia. Cray and Jordan are joined onstage by two of the original members of Hi Rhythm, Charles and Leroy Hodges, who played on the album along with keyboardist Archie "Hubbie" Turner. Hear the session in the player above and watch their performance of "The Way We Are" below.