Accessibility links
Dispatch's Most Significant Move? Breaking Up : World Cafe After forming in the '90s, the New England jam band broke up in 2004. Now, it's back in its original form, with new tunes and old favorites. Hear a live World Cafe performance and interview. 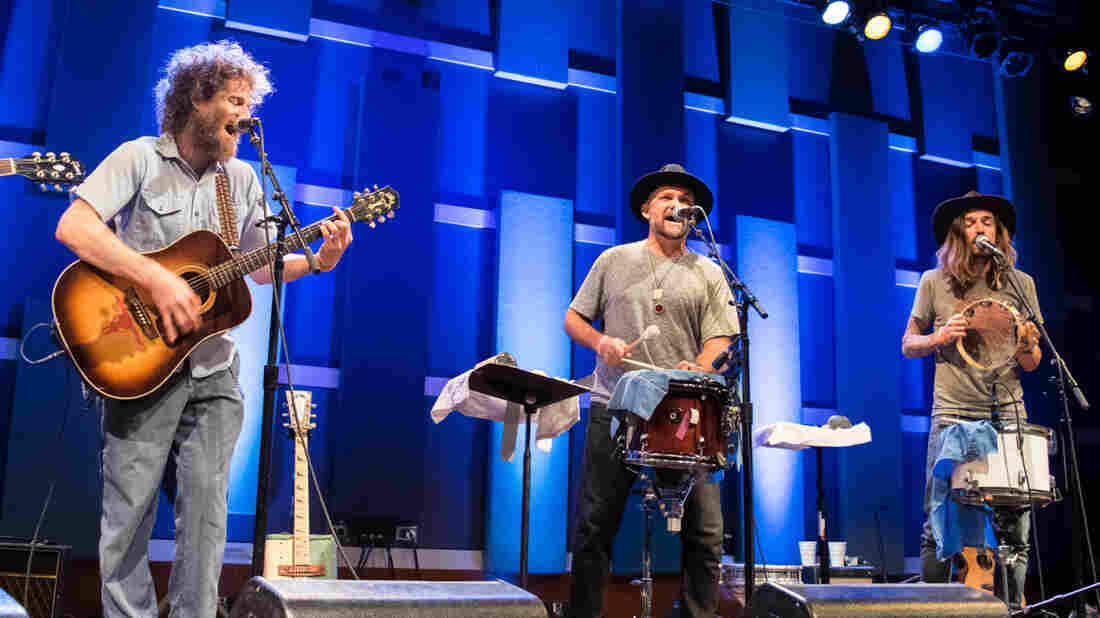 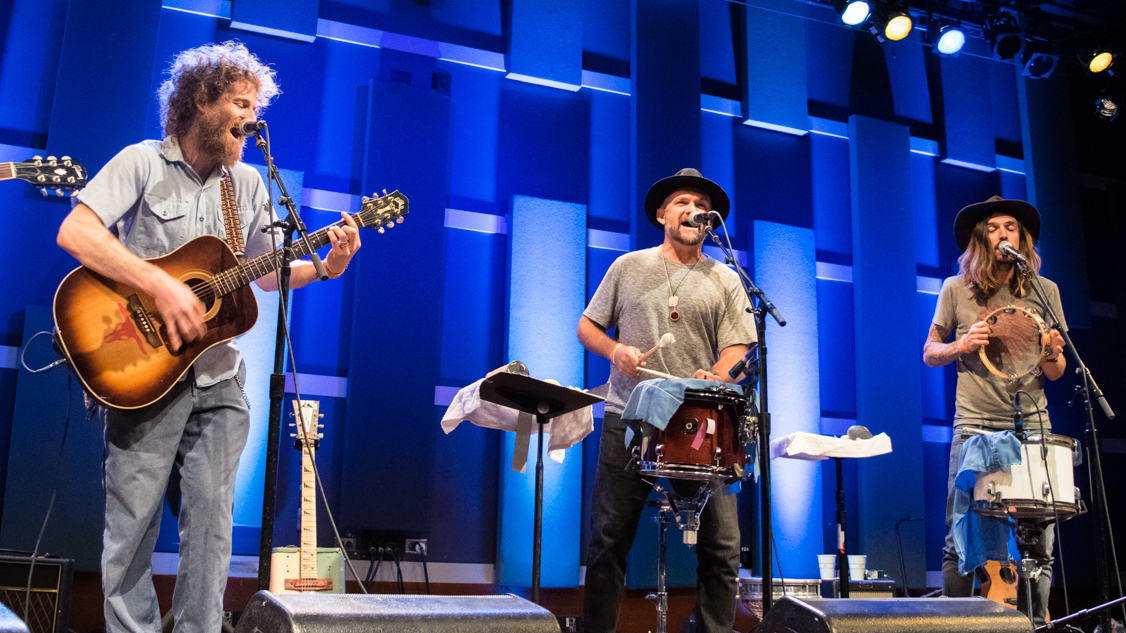 With Dispatch's new album, America, Location 12, the three main members of the New England jam band — Brad Corrigan, Pete Heimbold and Chad Urmston, who first got together while attending Middlebury College in Vermont — have recommitted themselves to the band that has been part of their lives since the early 1990s. But the single most resonant moment of Dispatch's career has been the love its fans showed when the band broke up in 2004 — over 150,000 people showed up at its free farewell concert, "The Last Dispatch."

So why did Dispatch break up anyway? We'll get the story straight from the band, which performs live in this session. Listen in the player above, and watch the members of Dispatch bring back a song that every one of their fans can recite by heart, "The General," in the performance video below.