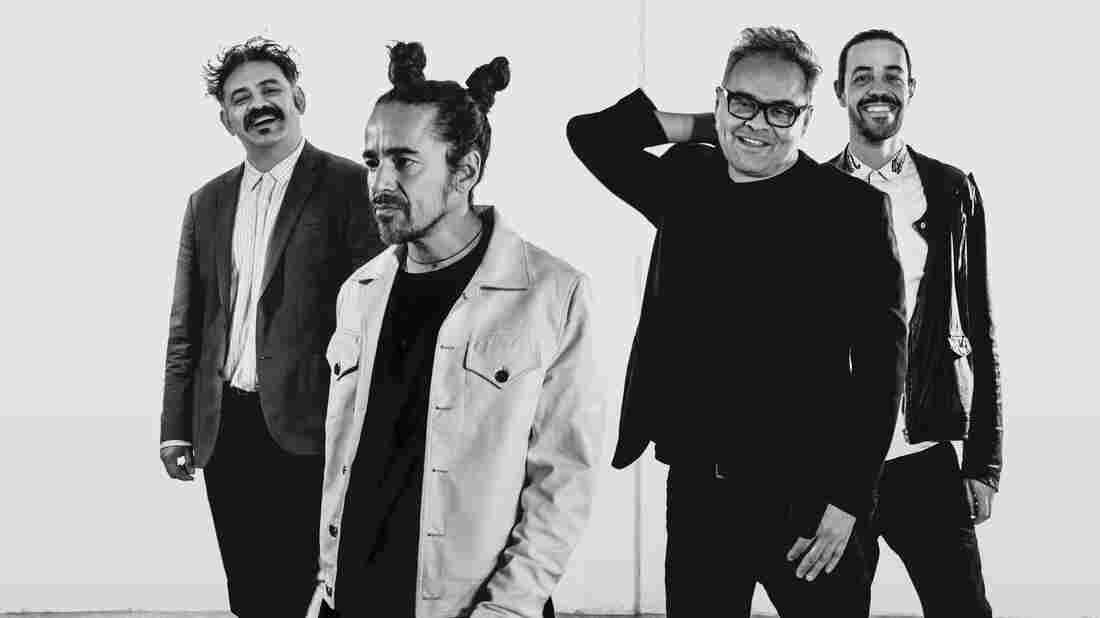 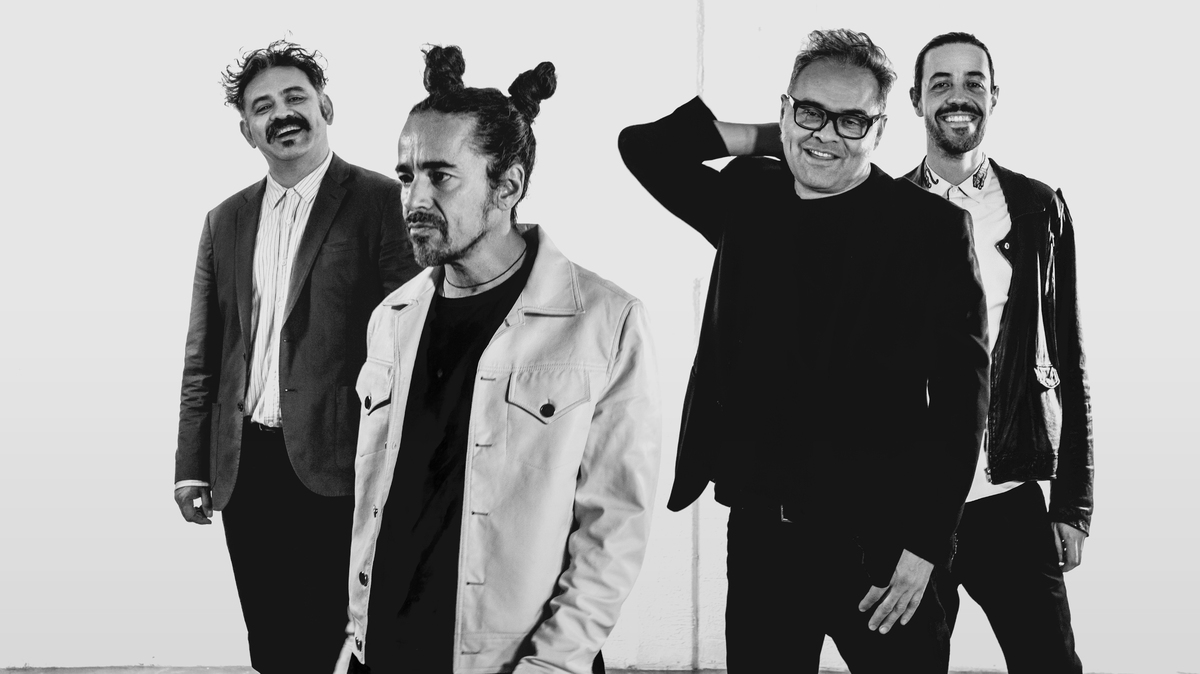 Café Tacvba's four core members have been making music together since the early 1990s. Their debut record from 1992 just celebrated its 25th anniversary, and their 1994 album, Re, is consistently ranked among the greatest Latin rock albums ever. It's considered a groundbreaking contribution to a genre coined "Rock en Espanol."

Up until then, Latin rock music often sounded like rock music sung in Spanish, sometimes even in English by Latin bands. But Re was different: It was a kitchen sink of musical influences, from electronic sounds to ballads to funk and of course, Mexican and Latin sounds. The musical diversity on Re is a hallmark of Café Tacvba's approach, and you can still hear it decades later on their latest release, Jei BeiBi.

Hear our conversation and live performance in the player above.